The Game Itself
2.5 Stars
The Video: Sizing Up the Picture
3 Stars
The Audio: Rating the Sound
4 Stars
Replay Factor
0.5 Stars
Bottom Line
Skip It

Xbox One disc version reviewed. Please note that this game was reviewed in its release state.

'Payday 2' was released for the last generation in August 2013. Since then it has received a steady stream of DLC packs, most of which have been weapons and characters, with a few heists. The 'Crimewave Edition' is the next gen remake, bundling all of the DLC and overhauling the game’s technical side.

'Payday 2' is a first-person, co-op, objective-based shooter. Each mission has players taking the role of professional criminals who infiltrate banks, malls, jewelry stores, drug labs, and even election centers to carry out dirty work. The team must work together to fulfill the objectives and get paid - bank vaults must be drilled into, safes must be cracked, and civilians must be intimidated. Successfully completing a job - which can run over the course of several missions - awards the player with spending cash and experience. Levels confer ability points that can be spent on five distinct classes of criminal, each with its own benefits. Ghosts, as you might expect, excel at sneaking around undetected. Enforcers are bruisers who are really good at killing cops. Masterminds are skilled at manipulating NPCs, etc. 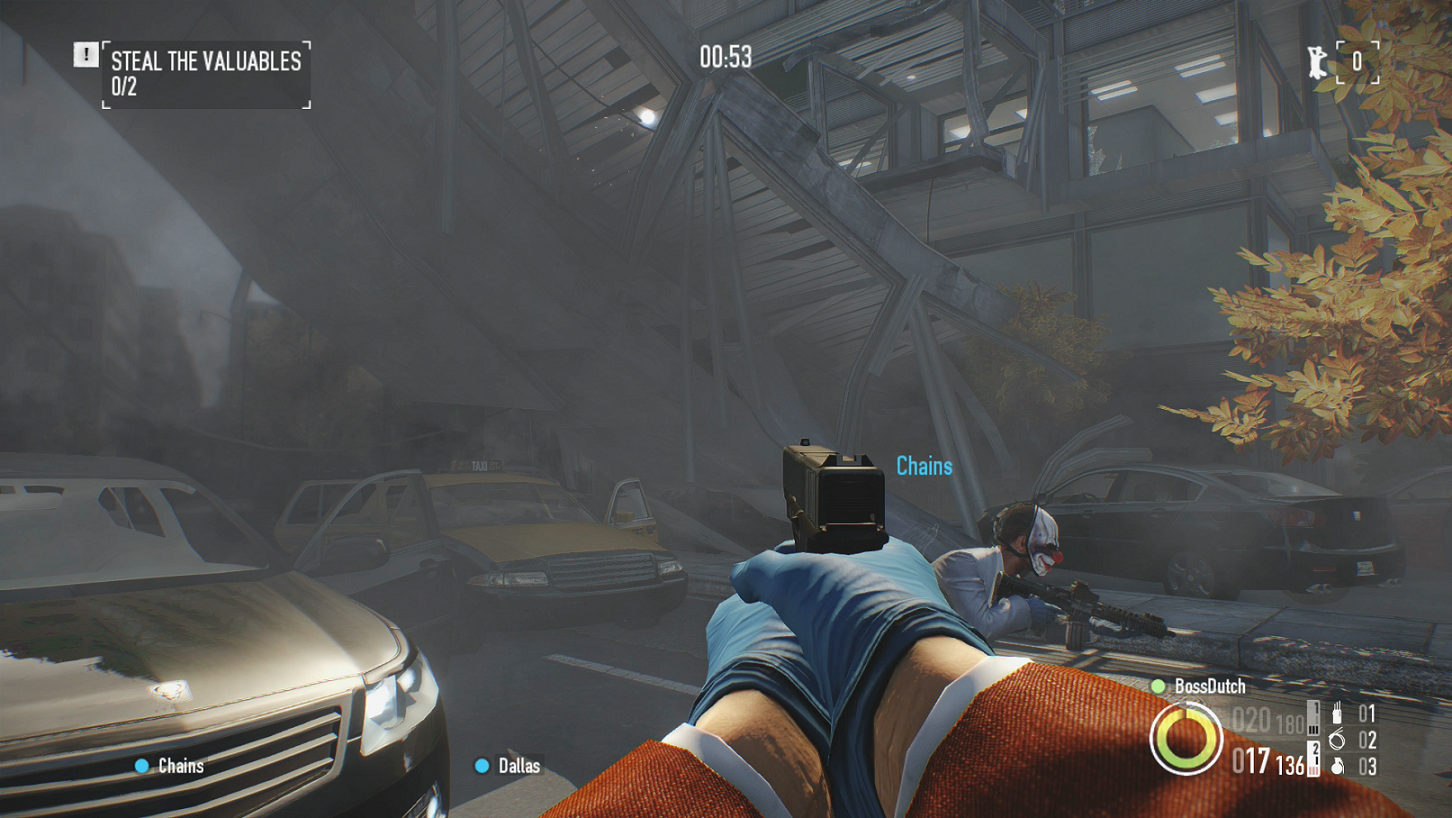 Money is used to build up the character’s kit, in particular their mask and weapons. Only 80% of income is put into the character’s wallet; the rest is transferred into an offshore account that is available later to buy improved skills and other endgame content. It can also be used to buy special heist contracts or participate in timed events. The kit is very detailed, and each weapon and mask has a plethora of customization options. Items can also be earned through a payday, which is a random prize awarded at the end of each job. 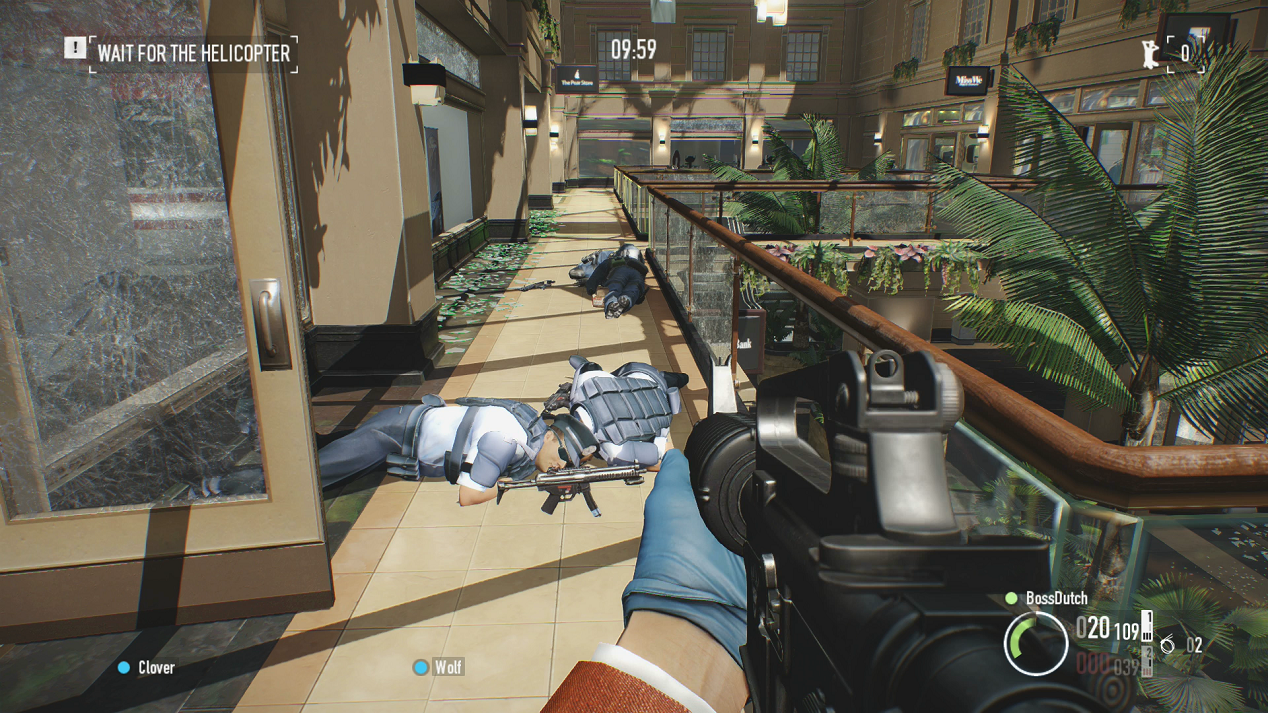 Each mission starts out in a casing mode where the criminals can walk around in civilian dress and suss out the location and security. Once they’re ready, or when they are identified as bad guys, the masks go on and the alarm usually sounds, followed shortly by endless waves of police and SWAT. All hell breaks loose, civilians are running around everywhere, smoke and gunfire coat the rooms, and I was expected to steal things in the midst of the mayhem. Most of the gadget interaction, like saws, drills, zip ties, etc., are conducted without skill - just hold RB until the gauge fills. The drill can operate on its own but must be periodically reset, so ideally one player should be sitting with it until it finishes.

Unfortunately, this is where the 'Payday' formula disintegrated. Because online play is not currently available for many players (including myself), I was forced to play with AI squadmates. The AI is pretty ineffective and can’t carry out any actions other than "follow player, shoot cops". They can’t place or reset drills, they can’t pick the locks of safe deposit boxes, they can’t even sit still in area and play the lookout unless I’m already sitting in that spot. In short, they are mindless bullet sponges, bereft of even the most simple commands. Without a team of capable human players, 'Payday 2' does not work. This is not technically an online-only game, but it might as well be. Playing offline is simply not a fun experience.

To further explain the connectivity problems, it’s not that matchmaking is slow or that there is a level of lag. Any kind of multiplayer content is not available whatsoever. The game can connect to the internet, and then it drops every game in the lobby. This kind of thing has been happening a lot with console releases lately. Some companies have been arranging alphas and betas to stress test their products, which is a great technique that also has many benefits for players. Others are content to release half-finished titles and try to put out the fires later. 'Payday 2: Crimewave Edition' is in the latter category, which is sad because it has real potential, especially when played with friends (or at least people who wear a headset). It has systems in place that reward teamwork and cooperation, not just random running and gunning (not that those things aren’t fun, they’re just not 'Payday's’ strong suit). 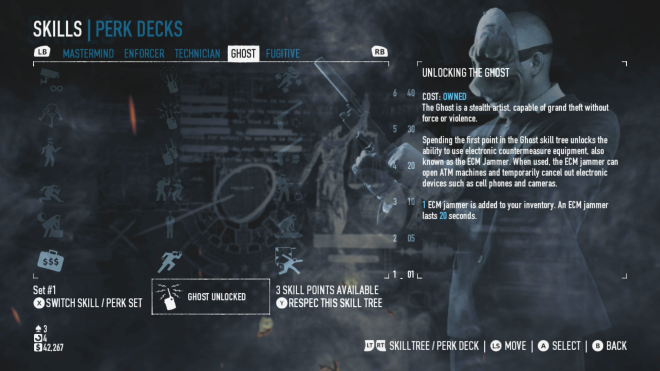 As promised, 'Payday 2: Crimewave Edition' does indeed feature improved visuals. The original version looked like a rather early 360 title, and this version looks like a mid-to-late 360 title. Still not a great performance on the One, but textures look much better. We’re in 1080p now for what it’s worth. Bugs are common but typically cosmetic, like character models facing the wrong way (but still shooting in the proper direction). Short live-action videos introduce each job, some with recognizable actors. They can be a bit melodramatic but have a decent production value. The framerate is quick, with nary a snag, at least while offline. 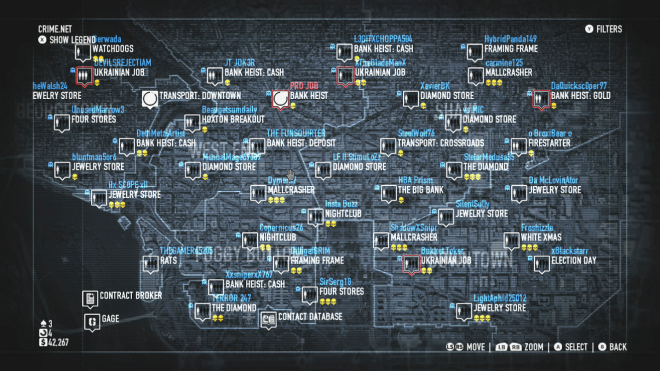 The game does a great job at keeping energy levels high with its sound. Thumping electronic music plays throughout each heist, there’s plenty of urgent screaming and shooting, and the deafening staccato rhythm of the drill is audible from pretty much anywhere on the map. The voice quality is in general good, although most of the time the only voice I heard was the crime dispatcher Bain.

Having experienced the original game on the 360, I know that there is a strong capacity for replay here, if Overkill can get everything working. Until then, you’re just going to be frustrated with each job you carry out with the AI. 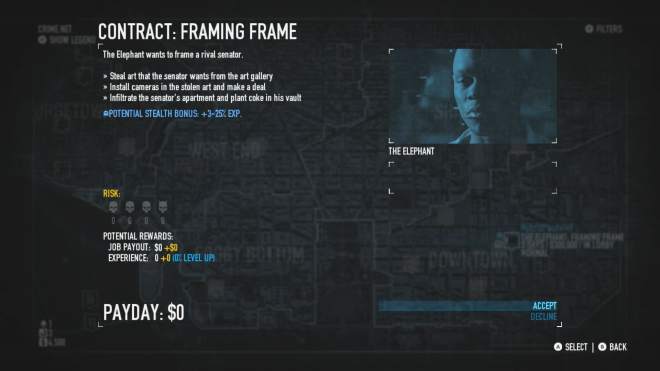 I wish I had better things to say about 'Payday 2: Crimewave Edition'. On the surface it looks a lot like a less shiny 'Grand Theft Auto' with a heavy emphasis on co-op, but in the right circumstances it can be a fun experience. It has many of the common hallmarks of online games, right down to the leveling system, but there is just something about pulling off a slick bank job that is deeply satisfying. Still, until its broken multiplayer has been repaired, it’s best to steer clear of this one.