The Game Itself
3 Stars
The Video: Sizing Up the Picture
4 Stars
The Audio: Rating the Sound
4.5 Stars
Replay Factor
3.5 Stars
Bottom Line
Recommended

Digital Vita version reviewed. It is highly recommended that players play both 'Danganronpa: Trigger Happy Havoc' and 'Danganronpa 2: Goodbye Despair' before playing 'Ultra Despair Girls', to avoid spoilers. There are no outright spoilers for any of the 'Danganronpa' games in this review.

Last year, visual novel fans and Vita owners got a double dose of the awesome series, 'Danganronpa.' They were well received, with many fans of the genre greatly enjoying the various twists and turns the story takes, while genre newcomers were thankful for gameplay elements that made the 'Danganronpa' games more than simply clicking through text.

This year, we're treated to another 'Danganronpa' title, but this one takes a different route gameplay wise than the previous two. Being a third person shooter that takes place between the first and second games, 'Danganronpa Another Episode: Ultra Despair Girls' might be a departure in gameplay, but it's the closest that players have to another installment in the dark series.

'Ultra Despair Girls' begins with the dire situation of one Komaru Naegi. Having been imprisoned for the last year and a half, her boring life is suddenly shaken to its core when Future Foundation (there's no "the" it's just "Future Foundation") comes to rescue her. Instead of a smooth operation, however, a riot begins in the city, and Monokumas begin attacking and killing civilians. After the botched rescue attempt, Komaru is captured by the Warriors of Hope, five elementary school children behind the riots in Towa City, and force her to play a game for her life and freedom.

Being a 'Danganronpa' title, 'Ultra Despair Girls' isn't afraid to get dark, and this title in particular heaps on the grim atmosphere in copious amounts. The areas are constantly littered with bodies, often hung in various grotesque fashions. Much of the dialog also turns rather dark in short order, and the plot reveals are, of course, as despair-inducing as ever. Honestly, 'Ultra Despair Girls' is a much darker game than either of the two mainline titles, and that's saying a lot coming from a series that involves friends murdering and framing one another. 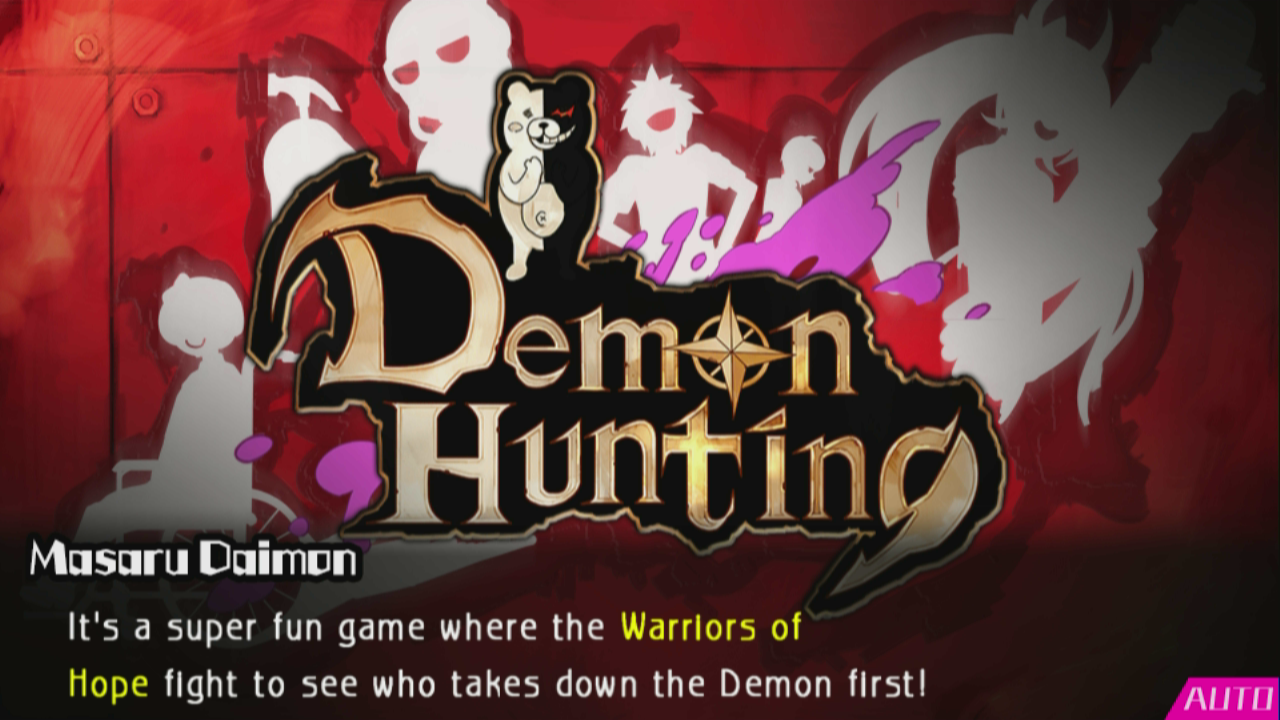 As to be expected, this title's story stands up strong, but what about the gameplay? After all, this is Spike Chunsoft's first attempt at a third person shooter, and it's hard to avoid wariness for a series that had very little action in the first place. Ultimately, some aspects of the game work, while others fall short.

As previously stated, 'Ultra Despair Girls' is a third person shooter, and while the story is the primary focus of this title, it is still important for the gameplay to be solid for players to make it to these frequent story segments. Instead of offering different weapons like many shooters, Komaru is limited to the Hacking Gun, and gains various bullet types throughout the course of the game. These bullet types range from a typical damaging shot, to utility weapons that help Komaru move throughout the landscape. When players only have one or two types of bullets, fighting off the Monokumas can be quite difficult, as aiming isn't as snappy as the typical third person shooter, but as the bullet arsenal is rounded out, the game becomes significantly easier. 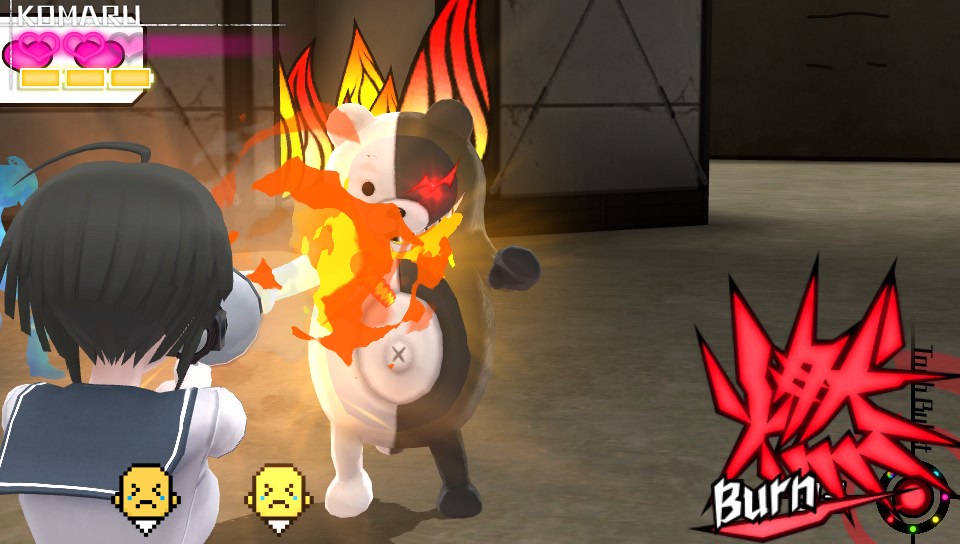 For anyone not interested in challenging gunplay, there is an Easy Mode, and without going into spoilers about said mode, it makes most situations a breeze to get through. The Easy Mode does make for a good option for those that want the game's plot and little else, thankfully, so previous Danganronpa fans don't have to let the odd genre change stop them from playing this title.

There's also the matter of arcade rooms. Quite often throughout her adventures, Komaru will come across arcade rooms, which are less like shooting galleries and are more puzzle-like in nature. These rooms challenge the player to use only specific types of bullets to wipe the Monokumas out. These rooms are sort of hit or miss—while I enjoyed trying to puzzle out the method of knocking out the arcade rooms at times, at other points I felt that there were too many in too short a time, and the sudden change of pace would be rather jarring. Had the puzzle rooms been less frequent, they would have felt more like treats and less like constant pace-breaking obstacles. 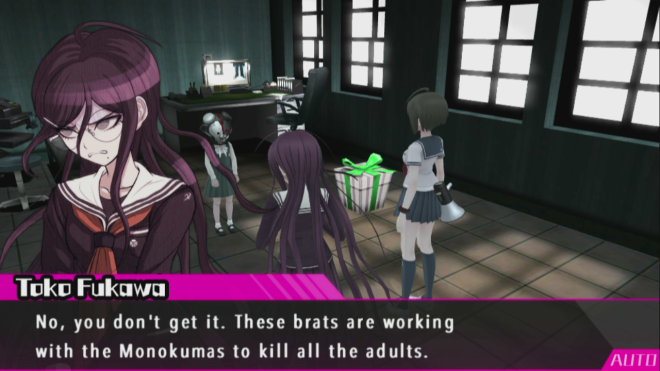 Although 'Ultra Despair Girls' doesn't exactly follow the mainline Danganronpa titles with its cardboard cutout art style, the game looks quite good in its own right. This title isn't afraid to change styles on the fly, using 3D most of the time (and during some cutscenes), 2D portraits during most cutscenes, and occasionally using animated scenes. Almost all of it looks quite good on the Vita, with the exception of the mouths of the 3D models during close-ups.

The landscape itself looks great too, with outlandish set pieces that really accentuate how absurd the entire game really is. Bright colors litter the landscape, as even the greyest of areas are covered with brightly colored bodies and rivers of hot pink blood. It's macabre in the oddest sense, with the visuals taking away much of the edge of the utter carnage happening around Towa City. 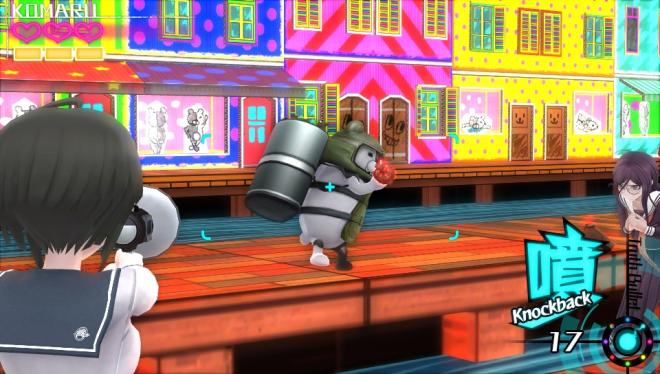 The voice acting for 'Ultra Despair Girls' is top-notch, and keeps up the series' pedigree of overall great voice acting. The leads, Komaru and Toko, really shine here, and the Lil' Ultimates also were cast really well for their roles. I still believe Byakuya's voice is lacking, but at this point his voice is a staple within all the 'Danganronpa' games, so it's likely that a new voice actor is going to come in. Also, it is worth noting that while only English voice options are available from the game initially, a free DLC pack can be downloaded to obtain Japanese voice tracks. I personally was unable to test the Japanese voices for this review.

The music is also quite good. Most of the tracks actually remix the main theme for 'Ultra Despair Girls', or even reuse tracks from the previous games. Either way is welcome. I will note, however, that during my playthrough I ran across a few odd audio glitches—a couple of times during battle the background music would cut out, and one particular time a siren from a Monokuma continued to go off after I had killed him, and wouldn't stop until I moved into a new area. None of these glitches are game-breaking in the least, but they can be distracting. 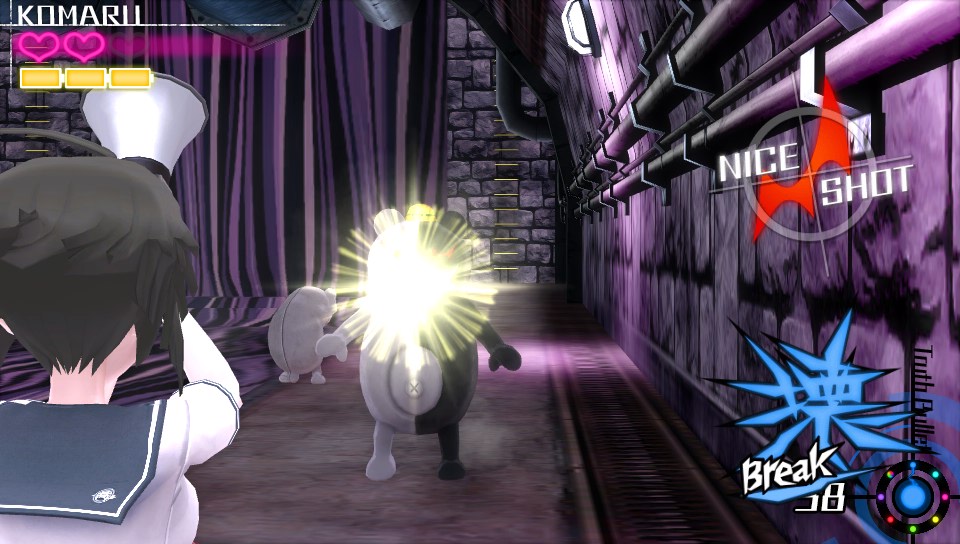 There is plenty to do once the main story is done. There are several little nooks and crannies to explore for various backstory tidbits and new skills, as well as the task of leveling up Komaru all the way and purchasing all the upgrades. There's also the ability to start a New Game+, which helps when looking for items. There is also the option to pick from any of the chapters and jump right in. There's even a light novel of sorts to read. These options, along with obtaining the trophies, feel like a substantial amount of content for those inclined. 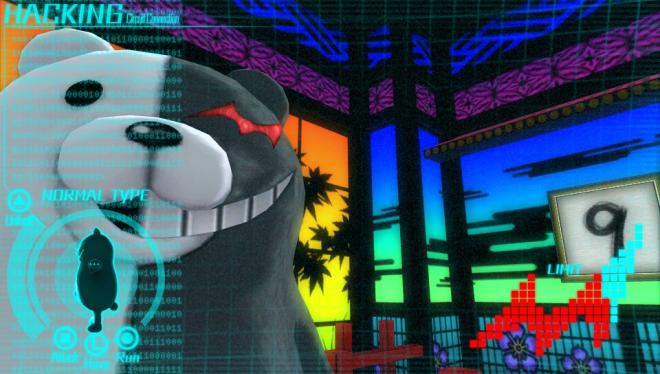 Following the pedigree of the first two titles, 'Danganronpa Another Episode: Ultra Despair Girls' could be seen as a bit disappointing. It's markedly shorter than the mainline titles, and the story it tells, while good, is simply not as great as the first two 'Danganronpa' titles. While it's not the Game of the Year material of its series' herald, there is plenty to be enjoyed in 'Ultra Despair Girls' to be worth a purchase for any fan of the series.