PS3
Worth a Look
3 stars The Game Itself
3 Stars
The Video: Sizing Up the Picture
2 Stars
The Audio: Rating the Sound
3 Stars
Replay Factor
3.5 Stars
Bottom Line
Worth a Look

Digital PS3 version reviewed. Testing with the Vita version is noted in the Video section.

The idea of a traitor being in the ranks is nothing new to video games, least of all RPGs. The concept of an ally that the protagonist fought on the same side of and trusted with their life turning on them can, if used correctly, invoke powerful emotions from the player. But while most video games use that concept as a one-note plot point, 'Lost Dimension' makes betrayal and traitors the core of it story, and it even bleeds into its gameplay elements.

The end of the world is nigh, thanks to a man who simply calls himself The End. The white haired terrorist has erected a mysterious tower and issued the world and ultimatum: Climb the tower and kill him within thirteen days, or he will launch every nuclear warhead on the planet and destroy Earth. In response, the world decides to send an elite psychie unit called S.E.A.L.E.D. into the tower.

For fiction, this is a standard set-up, but when Sho and some of the other members of the unit awake, they seem to have lost their memories, and The End reveals a startling fact—that there are traitors amongst the group. 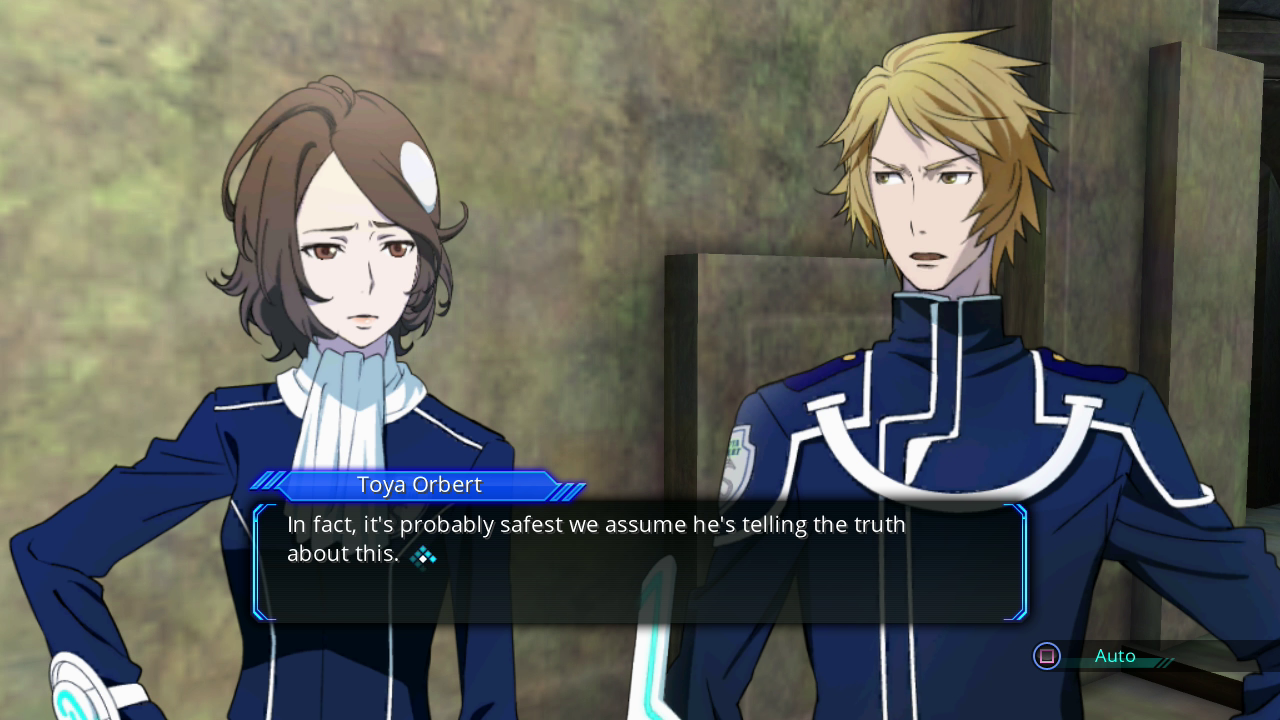 Getting down to the game's world, it's mainly the Tower. On every floor of the Tower, there is a traitor to try and pick out amongst the group of S.E.A.L.E.D. members. With the main character Sho and his psychic powers of Premonition, he can try and weed out the traitor of the group, by listening to their thoughts after battle. Additionally, he can use an ability called Deep Vision to delve fully into a comrade's mind, finding out for certain if they are a traitor… provided he has the Vision Points to do so, which aren't easy to come by.

Finding out the traitor of the floor quickly is important, as when Judgment time comes, not only does the player have to know who the traitor is, but they also have to convince the other party members to vote for the traitor. This is done by talking to them after battle, telling them who you think the traitor is and also by raising their camaraderie with Sho, in a Pesona-like Social Link manner of conversing and eventually doing quests together.

This part of the game, for the most part, works pretty well. Nothing's too obtuse to understand, the various characters are interesting enough to talk to, and the fact that eventually players have to go and possibly kill their favorite party member or suffer the consequences later is compelling. Unfortunately, the fighting, which ultimately makes up the bulk of the game, really drags the intrigue down. 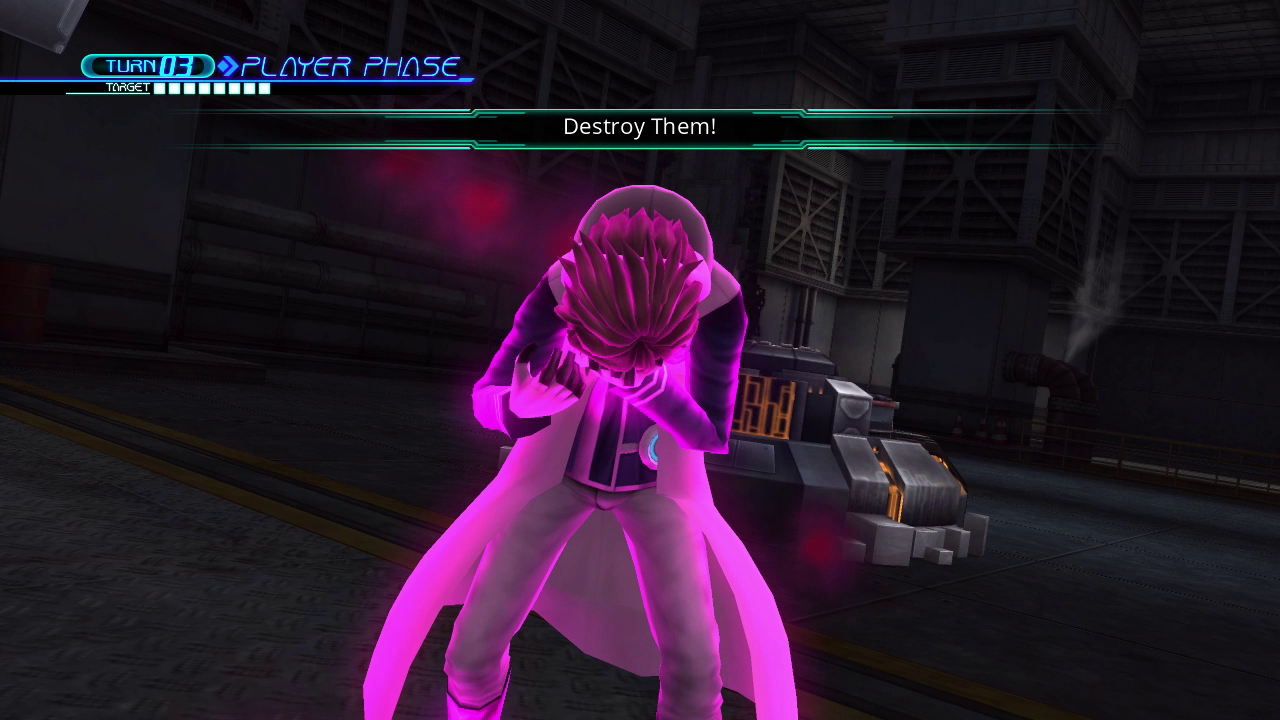 'Lost Dimension' is a strategy RPG, with Sho and five other party members pitted against foes in a turn based fashion. Each of the party members has their own unique skills and strengths they bring to the table, and there's a lot of variety to be had in battle formations. It's all pretty straightforward for an SRPG, the only exception being the Sanity gauge. As members use their psychic skills, not only do they use 'Lost Dimension's' equivalent of MP, but it also eats away at their Sanity bar, and if it hits zero, they'll go Berserk, significantly raising their power but also making them uncontrollable. It's actually kind of an annoying system to deal with, as most skills even worth using take large chunks out of the bar, a character being attacked depletes the bar, and normal attacks typically don't do enough damage to deal with foes in an effective manner. What should have been a decent idea to try and conserve resources eventually becomes an anchor that disallows players from completing stages in an efficient manner.

Which leads to the game's biggest issue… battles are too slow. Players have to watch all animations as the fights happen, including the enemy phase and character skill animations. At first, it isn't too much of a problem, but when players run into big mechs that saunter slowly towards the characters at a step every three seconds or so, and there's three or more of these mechs on the map, it quickly gets old. Had there simply been a fast-forward option for enemy phases (as players can't do anything but watch anyway), 'Lost Dimension' would be a leagues better game; alas, in its current state, battles all too often become tedious and boring, and this becomes worse when late-game battles require precision tactics… and failure means a loss of fifteen or more minutes.

Quite frankly, 'Lost Dimension' looks far from good. On the battlefield, colors are washed out and bland, foreground and background alike are basic and boring, and character models look a bit off, more like a PlayStation 2 game than a late PS3 and Vita one. Cutscenes usually cut to character portraits talking, and these use a different art style. While the character dialog style isn't bad, per se, the change is a little jarring, and personally it feels as though something is "off" with the portraits in those scenes, which make them none too fun to look it.

'Lost Dimension' looks a bit better on the Vita than the PS3, but I attribute that mostly to my Vita's OLED screen making the colors pop a little more, and the smaller screen overall being able to hide the title's visual blemishes better.

The music in 'Lost Dimension' isn't bad at all. The punk-ish, techno-ish track fits the odd situation Shin and the others are in pretty well, and accentuate the unusual-ness of the tower they are trapped in pretty well. However, even if the tracks are good, it can become grating to only hear the same few tracks over and over again, no matter how good they are. Since battles last so long, players will be hearing the normal player and enemy battle tracks quite often, and they aren't so great to hear the 20th time around.

Voice acting is really hit or miss, ranging from alright to awful… and with the option only for English voices, it's a shame that Japanese voice acting wasn't available for comparison. 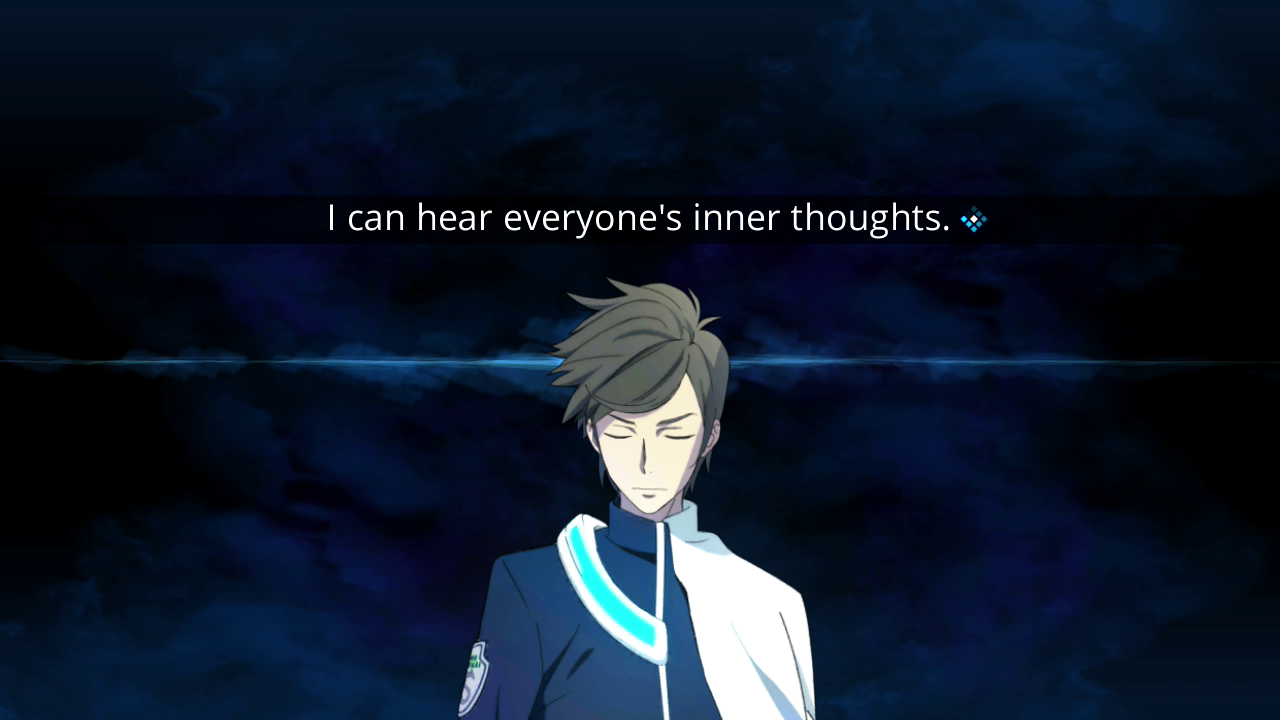 Every time a player starts a new game of 'Lost Dimension', the traitors are chosen again at random, leading to a new experience each time. This allows players to try out characters that may have had to been killed early on before, helping with new strategies and ways to tackle the battles.

Additionally, the True End is only available on the second playthrough and beyond. This is because the True End requires a maxed out camaraderie of every member of the group, which simply isn't possible the first time around. On the flip side, though, a New Game+ doesn't transfer over anything like levels, equipment, or learned skills, so each playthrough will be as much of a slog as the last. 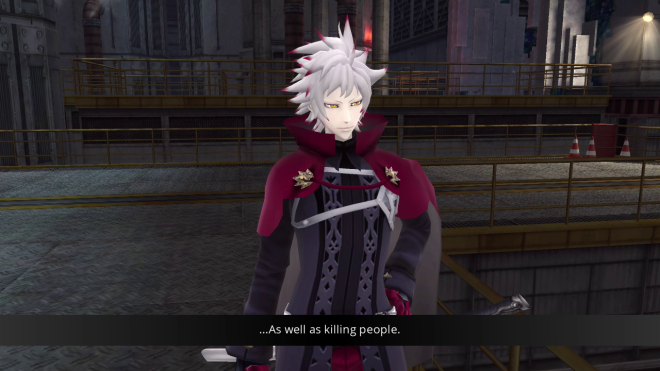 'Lost Dimension' really had the chance to be something special. The premise, and story itself are actually quite interesting, and paint an interesting world outside the tower the characters are trapped in. However, when the core of the game is rotten, it's hard to salvage the whole title, and therefore it's very hard to give this Atlus title a recommendation. If you're an RPG fan that really doesn't mind battles that are slow as molasses, you might want to give it a try, though—sitting around fifteen to twenty hours for a playthrough, it's pretty short for an RPG and may be worth a weekend romp.