Digital Xbox One version reviewed. This review attempts to cover 'The Taken King 'as both an expansion and as the complete 'Destiny' experience suitable for new players.

'The Taken King' is Bungie’s first entry in Year Two of their plan for 'Destiny'. It is billed as a rather large expansion with lots of new content, including strikes, many missions, more PVP activities, and the first new raid since 2014. 'Destiny: The Taken King Legendary Edition' includes the new expansion as well as all major content released to this date. As such, new players will get the combined story, raids, and PVP content of the past year on top of the new stuff, however, as noted in the review, 'Destiny' has changed. With 'The Taken King' comes a new 'Destiny' experience.

'Destiny' released to pretty strong reviews in September of last year, but the post-release content has thus far been wanting. Their first DLC, 'The Dark Below', was a Hive-themed mission pack that included an easy raid and was notorious for resetting progress on earned gear. The second pack, 'House of Wolves', was better but still of questionable value, and many fans were miffed that a proper raid wasn’t included. 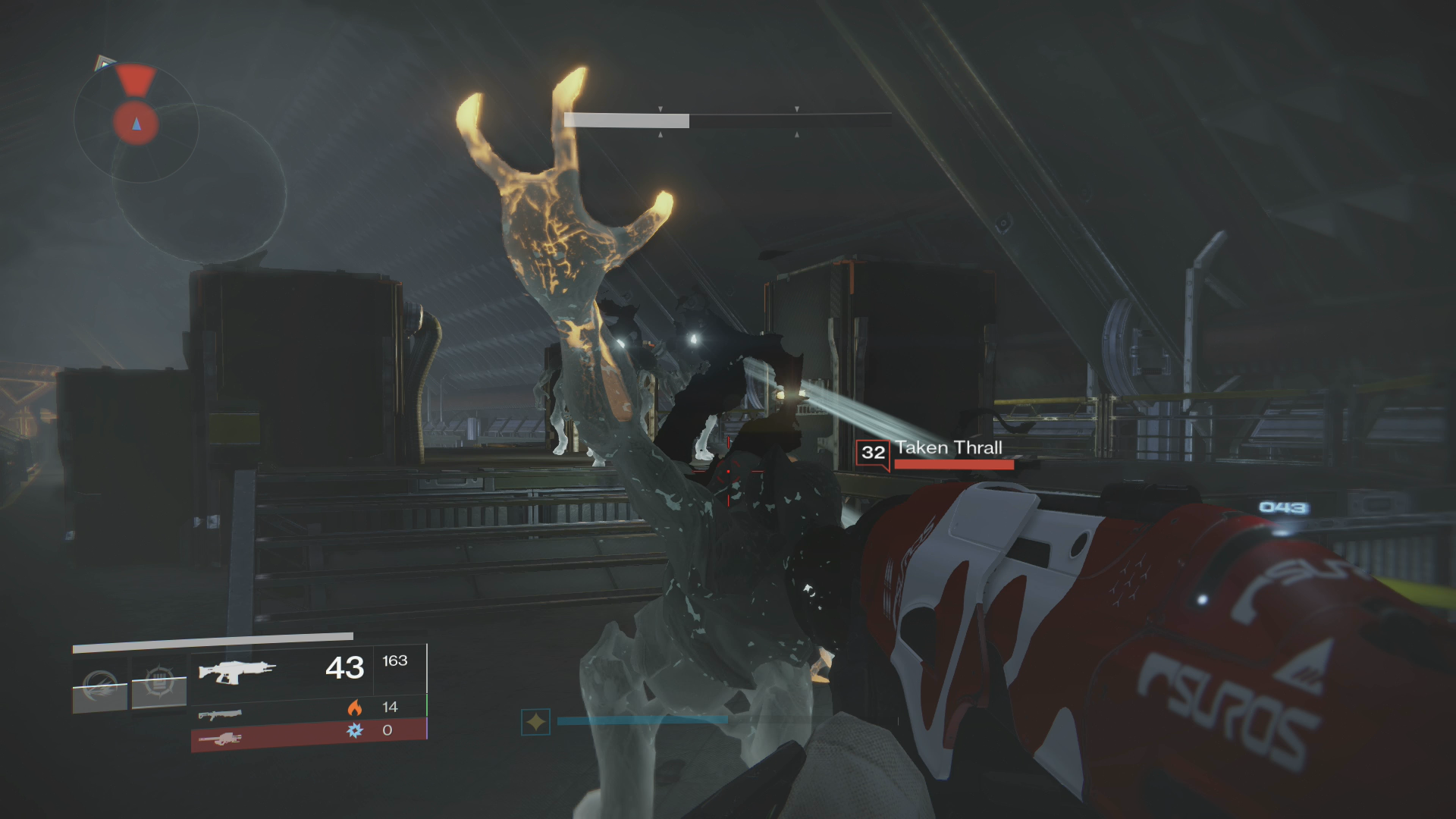 In this expansion, a powerful Hive leader known as Oryx has descended upon the Reef to exact vengeance for the death of his son, Crota. He has begun to take control on all four Darkness species, and his Taken army is strange and powerful. They can cloak, clone themselves, create dome shields, shoot blinding energy balls, and more. While individual Taken are not as resilient as say, a Centurion or Wizard, their new abilities can be suprising, even unnerving. The player Guardian works in conjunction with Eris, widely considered the Tower’s leading expert on the Hive, and Cayde-6, the Exo Hunter Vanguard who has innovated a strategy for infiltrating the dreadnaught that the more conservative Zavala would not approve of.

'The Taken King' does indeed include a great deal of new stuff - not just emotes and guns. Before we get into the activities themselves, let’s talk about the menu and quest mechanics. Everything has been rebuilt from the ground up. The Light level, once an arbitrary number assigned to increasingly powerful armor to push a Guardian’s level past 20, has been reworked. Levels are done through experience, and Light is separate. The Light level is now an average of all of the Guardian’s equipped gear - even guns and the once-cosmetic class item contribute to this score. As the Light level increases, the Guardian becomes more powerful in PVE activities. This does not apply to the Crucible, where Guardian level does not matter except for the Trials of Osiris and Iron Banner special events.

Bounty space has been expanded again, to 16 slots. The Queen and Eris bounties have been removed - Guardians now earn reputation for those factions via quest lines. In fact, just about all of the story content is relayed through quest lines, not unlike those found in conventional MMOs. This system made it a lot easier for me to figure out where I had to go next and what I had to do next, and each quest is trackable to make them stand out. Collectibles and counters are all recorded so there are no mysteries about my progress. It is a bit harder to get Queen and Eris rep, as well as faction rep for the Crucible (Dead Orbit, New Monarchy, and the Future War Cult are now on a weekly rotation), but in the grand scheme of things it’s not a huge issue.

The one major problem I have is that 'The Taken King' takes a page from 'Dark Below's book in that all of the old gear, even the exotics, are now considerably underpowered. Did you spend a long time building up a sweet collection of yellows and purples over the last year? Bummer, because now your light level is 50 and no one is going to take you on a raid until you’re at 290+. The greens that I collected during the story missions were more powerful than my fully upgraded exotics. To make up for this, some gear can be repurchased as a Year Two version through kiosks in the Vanguard area of the Tower, but the price is steep. Exotics are also easier to obtain through Xur’s inventory.

The shooting mechanics are still great. No matter what else happens to 'Destiny', I still love boosting through the plains of Mars and blasting at wayward Phalanxes, or getting into fistfights in the Crucible. Patrolling on the Dreadnaught is a different experience. It is darker, more frenetic, not scary per se but a heavier experience than the rest of the game. I made some ad hoc friends playing around with the Court of Oryx, getting sliced up by Taken bosses and trying to figure out the rune system.

The weapons themselves are pretty awesome. They have strange effects (although nothing as odd as a 'Borderlands' gun), look great, handle very accurately, and now follow distinct visual and performance trends based on their manufacturer. The armor is also slick, especially some of the exotics, but many models have been re-used. Ghost shells and class items now add bonuses, and an additional slot called artifacts is available. 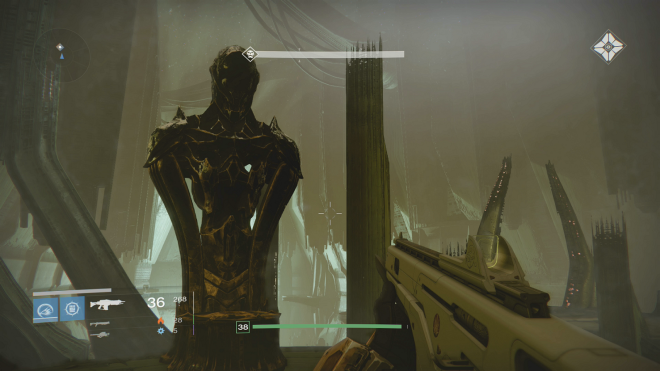 While the visual formula overall hasn’t changed, the new cinematics, effects, and gear all look very nice. Weapons are distinctive, even the weaker ones. Textures and surfaces look more detailed during cutscenes. Loading times feel shorter, but it also feels like there are more of them. The Dreadnaught is very creepy, as are the Taken. Some of their effects can be dramatic. 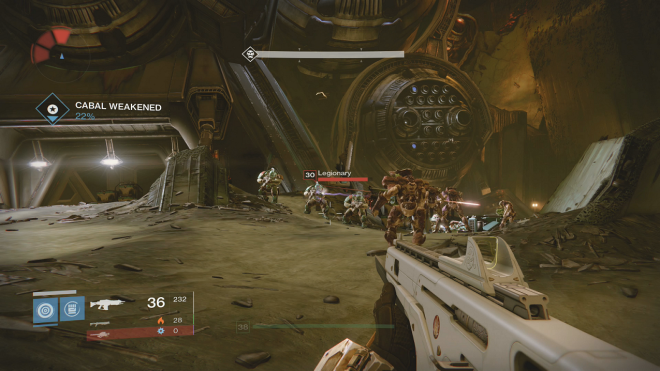 'The Taken King' has a new soundtrack and it is quite lovely. The old one was no slouch, but this one is menacing and foreboding instead of sweeping and epic. The voice acting is also a much higher caliber. While Eris Morn is as weird as ever, Cayde-6 steals the show with his subversive wit and complete disdain for all things bureaucratic. The new (ever-present these days) Ghost actor has replaced the bored Dinklebot, although it’s not much of an improvement.

The PVE stuff alone offers a lot of content. In addition to the lengthy campaign, which is written much better than anything yet seen in 'Destiny' and also provides exposition on the Hive, there are several new strikes, missions, quests, and the Court of Oryx public summoning boss fight activity. Each of the three classes gets a new subclass, all of which are badass. For the more competitive Guardians, there are several new Crucible maps and gametypes. The maps are quite good and tend to be on the smaller side. Rift and Mayhem are both a blast - Rift is a variation of capture the flag, and Mayhem is team deathmatch with rapidly recharging supers. There are explosions, void arrows, and Sith lightning galore. I played quite a bit of Rift, as I love a good chase. Bonus points are given out for dunking, or scoring a point facing backwards. I made many laughable attempts at dunking, probably driving my teammates mad while I awkwardly spun around in midair before getting blasted to bits with a shotgun or storm fist. For the truly dedicated, the King’s Fall raid became available on September 18th. It is the most grueling raid yet. After several attempts I still have no idea what I’m doing. 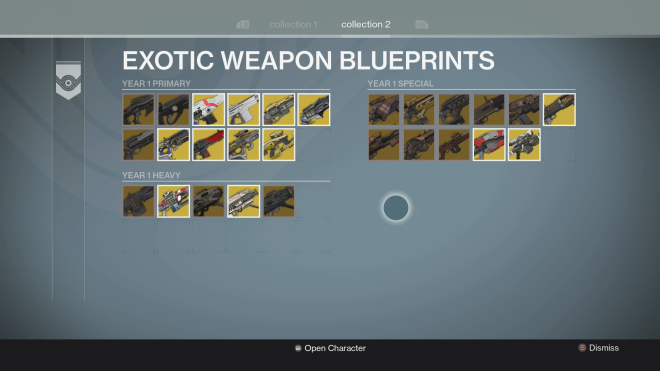 For newcomers to the series, 'Destiny: The Taken King' presents a much larger and more user-friendly 'Destiny' experience, and that's after a year of crazy highs, and RNG lows. For veterans, it feels as though we have to take two steps back before we can go forward, but the way is paved with fun things to do. If you’ve been putting off playing 'Destiny' until it got better, now’s the time.