PlayStation 4 version reviewed. 'Shantae: Risky's Revenge Director's Cut' is also available on Steam, while the original version is available on DSiWare for the Nintendo DSi and 3DS.

WayForward is a small developer that's really made themselves known over recent years. In the past they were a relatively niche, making unique games for portable systems that were quite good, but often overlooked. However, with both the sweeping revolution that is the internet and WayForward's great licensed games such as 'DuckTales Remastered', they have become more prominent.

Out of all of WayForward's IP, its most expansive and most beloved franchise is the 'Shantae' series, platforming titles starring a dancing half genie that can transform into different animals. 'Shantae: Risky's Revenge' is the second game of the series, and comes out on PS4 ahead of the fourth title, 'Shantae: 1/2 Genie Hero'.

'Risky's Revenge' starts as Shantae is attacked by a few random monsters near her home, serving as a bit of a tutorial for the game's mechanics. Afterward, she learns that her Uncle has returned from an excavation with a mysterious genie lamp… which happens to promptly get stolen by the pirate Risky Boots. So, it's up to Shantae to find the Magic Seals before Risky and retrieve the magic lamp from the thieving pirate. 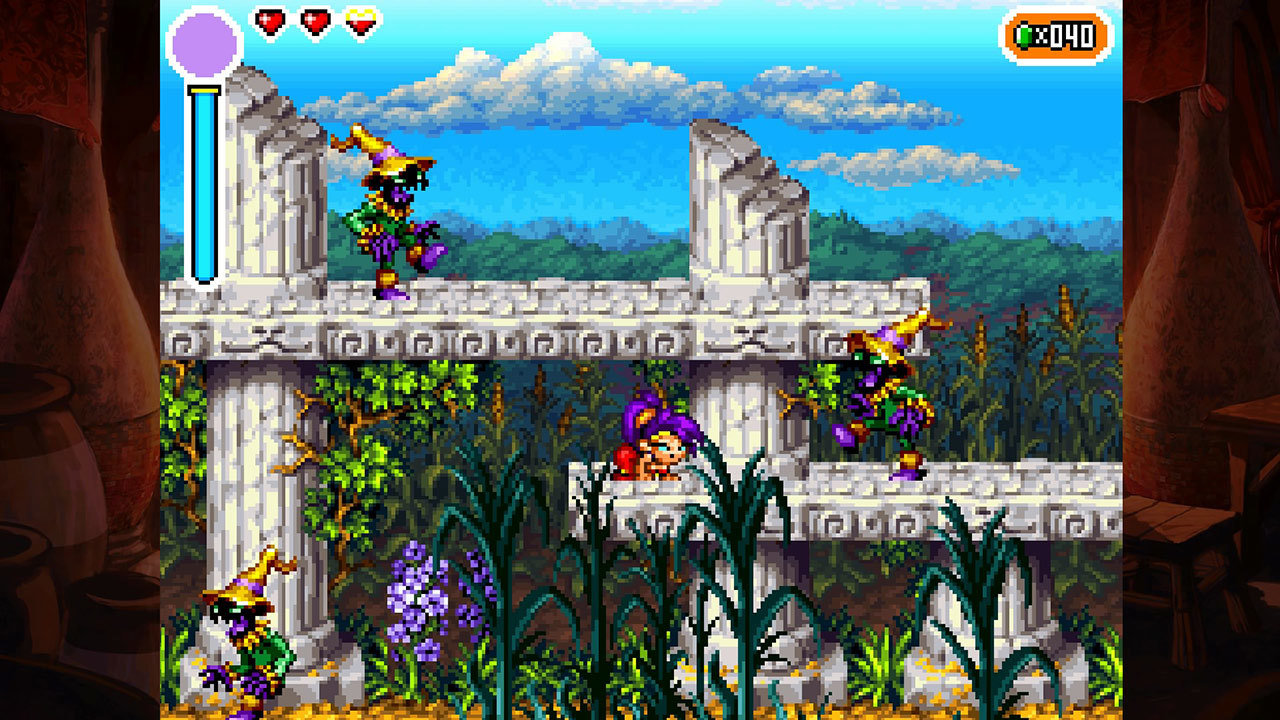 For the most part the story to 'Risky's Revenge' is pretty average, taking the typical twists and turns, although there is a bit of an unexpected ending. Mainly, the story is more of an excuse to explore Scuttle Island, home to various creatures, dungeons, and secrets. While this title is mainly a platformer, it also has a fair bit of Metroidvania elements to it. Most notably, as Shantae progresses through the various dungeons, she'll learn transformations, that will change her into various animal forms. These forms are needed to reach new areas, and players will have to visit old areas with new forms to both find secrets and progress the story.

Those that are fans of Metroid and the exploration-based Castlevania games will be at home with Shantae's exploration elements, though there is one somewhat major hiccup that makes backtracking frustrating at points. The map system is a bit lackluster, at times unclear and at other times downright unhelpful, making it very difficult to find out what areas have already been explored and what still needs to be seen. There were a few points in the adventure where I'd wander aimlessly, trying to find spots that I missed with my new forms, with one part in particular near the end of the game where I combed through the same few areas multiple times looking for an item I simply could not find. It becomes rather infuriating, but other than that 'Risky's Revenge stands up pretty well. 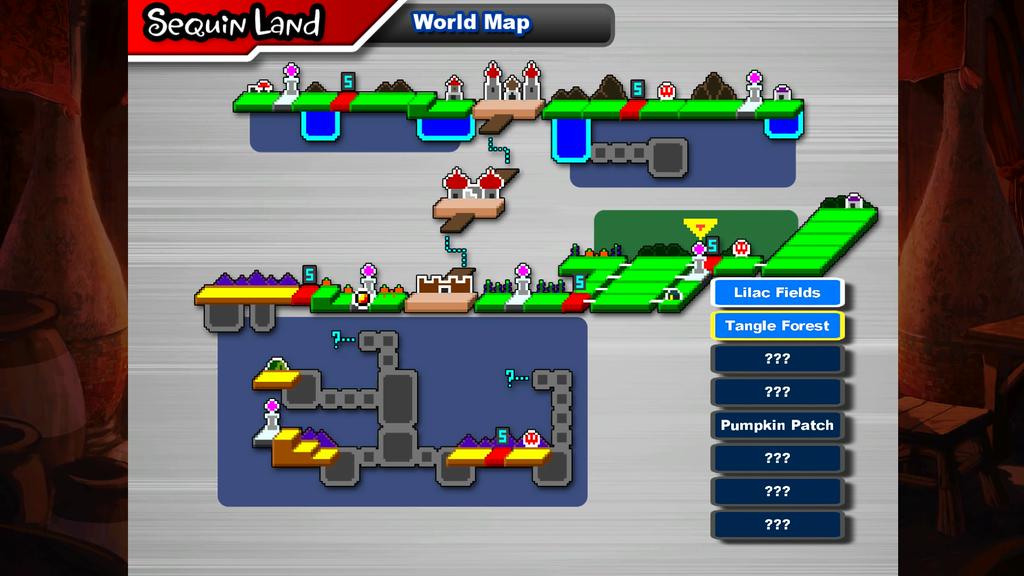 In terms of combat, Shantae has two main moves at her disposal. Shantae can whip her hair, which is her normal attack against enemies, and she can also learn three magic spells that cost a sizeable part of her magic gauge to cast. While just whipping does well early in the game, later enemies and bosses will require a bit more strategy to them to defeat. It's all and all pretty fun to beat down enemies with Shantae's hair, and few encounters outside the bosses will last so long as to become tedious.

'Risky's Revenge' is pretty short, clocking in between four and eight hours depending on the player's skill and knowledge of where items are, but the title does not overstay its welcome and feels succinct enough without drawing anything out. 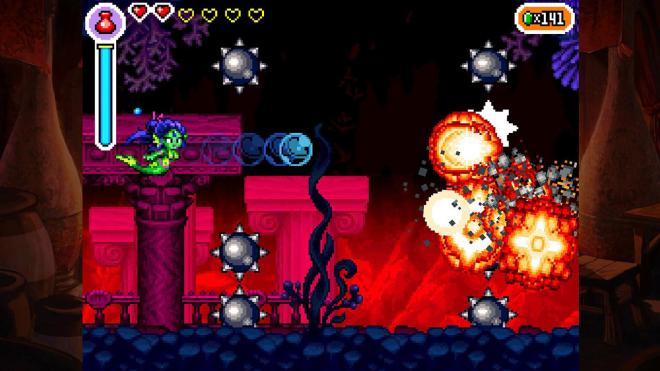 At its core, 'Risky's Revenge' is a good looking pixel game. The enviroments are nice and colorful, and the animation is relatively smooth. The character portraits also look decent, and bounce around the screen in a lively fashion. However, for a PS4 title, it's still a little underwhelming, particularly with the pixels blown up on gamers' HDTVs. It's still not bad looking, but with the blemishes blown up and the pillar-boxing (area that could have been used for gameplay), the look is just a little disappointing. 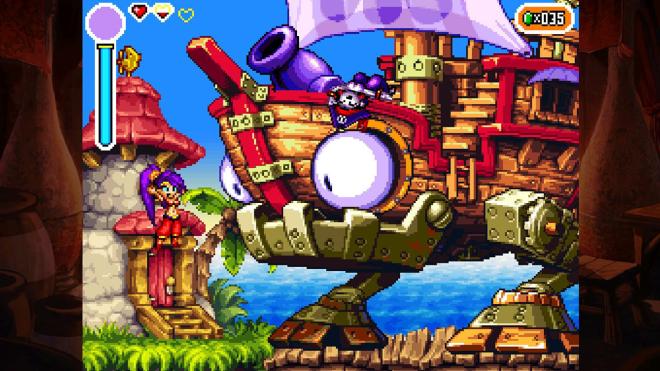 'Risky Revenge's' audio is quite good, overall. The music is bouncy and fun, and has an Arabian feel to it. There aren't very many games that really draw effectively from such a rich background, and the Shantae games are one of the few that pull it off appropriately. The sound clips that are played for Shantae and her nemesis Risky Boots are decent as well, although they are just battle grunts and there's no real voice acting to speak of. 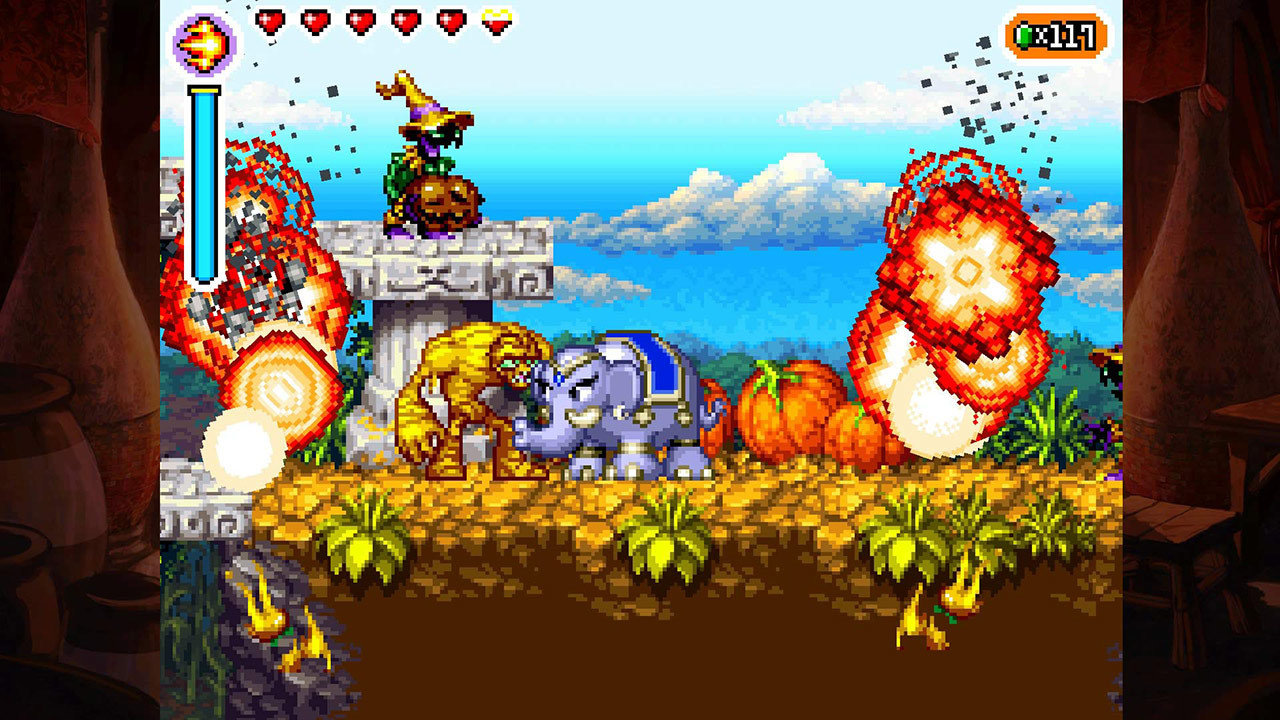 'Risky's Revenge' does offer a good deal of replay value, but only if you're a specific type of gamer. There are multiple ending screens players can get depending on how quickly they beat the game, and how many items they manage to collect. So, there's a lot of value for those that enjoy speedruns, and trying to get the fastest time, but for other players, the only thing that really is an incentive for a second playthrough is the 'Director's Cut's' Magic Mode, which is explained below. 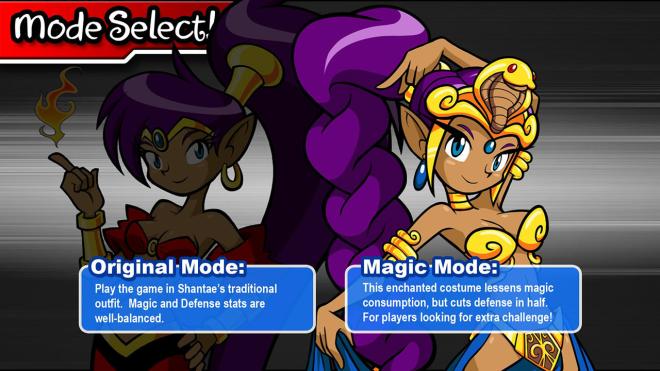 This being the Director's Cut, there are a few upgrades from the original DSiWare version of 'Risky's Revenge'. The character portraits got an HD uplift (though not the rest of the game, as evidenced by the big borders on either side of the screen), which is nice-looking. Additionally, WayForward revamped the warping system, making it far easier to get around Scuttle Island without less backtracking frustrations.

The biggest new piece of content, however, is Magic Mode. After beating the game once, players can try out this new mode, which puts Shantae in a new outfit. Magic Mode also has gameplay changes too, as it lessens Shantae's magic consumption, but also halves her defense. It essentially ups the challenge of the game, as magic isn't always an all-powerful solution in 'Risky's Revenge', and offers a new way to enjoy the game a second time. 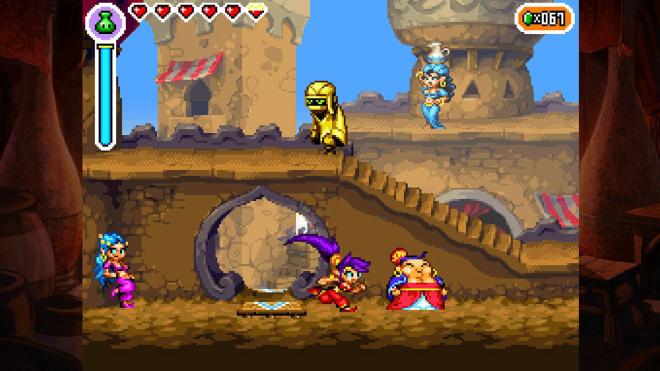 While this title may not take full advantage of the PlayStation 4 hardware, 'Shantae: Risky's Revenge Director's Cut' is an enjoyable platformer adventure that's worth the time for most anyone that enjoys the genre. It is not a perfect title, and it's also not a particularly long game, but anyone who considers themselves a fan of Metriodvanias, platformers, or wishes there was a sequel to 'Monster World IV,Shantae: Risky's Revenge Director's Cut PS4 review' should not hesitate to pick this up.