The Game Itself
4 Stars
The Video: Sizing Up the Picture
5 Stars
The Audio: Rating the Sound
4.5 Stars
Replay Factor
2.5 Stars
Bonus Content
2.5 Stars
Bottom Line
Worth a Look

Steam PC version reviewed. 'Mighty Switch Force! Hyper Drive Edition' is also available on the Wii U, while the original version of the game is available on 3DS.

WayForward certainly has been busy porting its games to other platforms, with some of their most popular titles popping up beyond the Nintendo platforms that the company had taken quite the liking to. This time we have 'Mighty Switch Force! Hyper Drive Edition', an enhanced version of a 3DS puzzle platformer. How well does this title make the transition to the bigger screen?

In 'Mighty Switch Force', space criminals have gotten loose, and it's up to policewoman Patricia to wrangle up the villains and save Planet Land. Of course, it isn't as easy as simply finding and detaining the fiends though, as monsters have also appeared to get in Patricia's way. 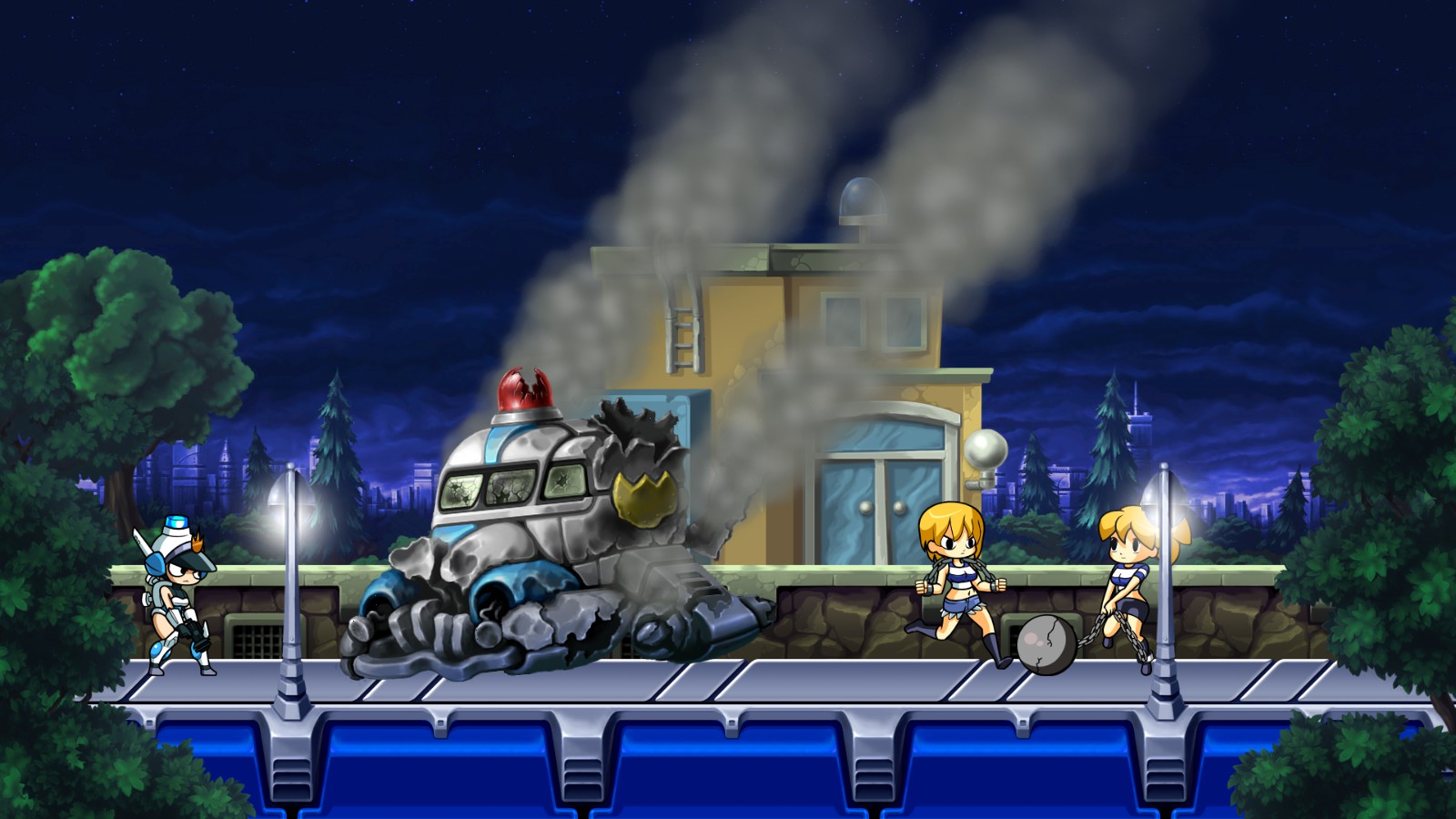 The main mechanic to 'Mighty Switch Force' is Patricia's ability to switch blocks from the foreground to the background, and vice versa. By pushing one set of blocks into the foreground, the other set will go into the background as well, making for some strategy in how to use the blocks to get further in the stage. It's a bit difficult to explain in words, but the game uses the first couple levels to show the overall concept well, and it's really quite simple to craft and execute.

Being a puzzle platformer, the biggest aspect of this title that will make or break the game is its level design, and 'Mighty Switch Force' excels in this aspect. Levels are well thought out and continuously introduce new ways to use Patricia's ability to progress in said levels. Players will be using tricky jumps and manipulating enemies and shots alike to get to the conniving criminals, and it ends up feeling very rewarding throughout. 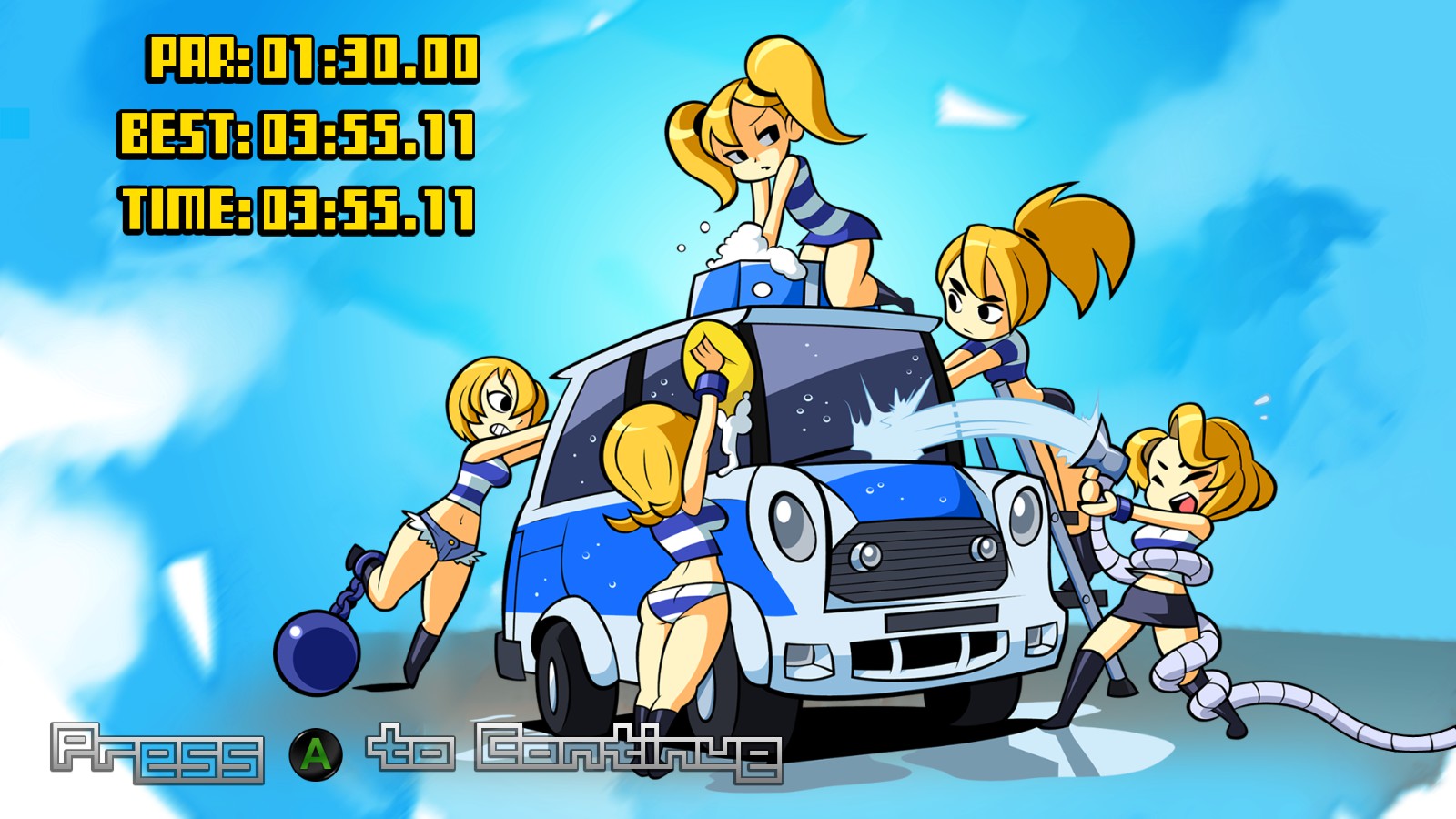 Overall, the game's difficulty curve is also well implemented. New mechanics are introduced and used in a steady fashion, making each level a new challenge that needs to be overcome. I did find a few of the levels a bit more of a gauntlet to get through than others, and the final level (which contains the only boss of the game) can grate on the nerves, but for the most part 'Mighty Switch Force' is a well-balanced game.

That all said, though, 'Mighty Switch Force' is almost criminally short. All of the normal levels can be beaten in just a few hours, making for a rather quick journey through Planet Land. While trying to beat the rather difficult par times or playing the remixed Hyper stages new to the 'Hyper Drive Edition' can add a little longevity to the title, it still stands that most players can knock this title out in a sitting. 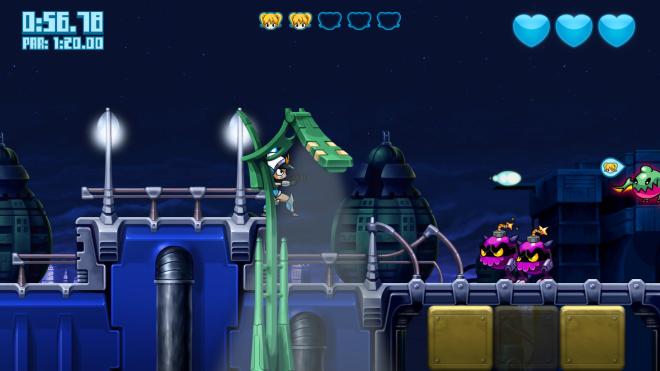 If there's one thing that this version of 'Mighty Switch Force' does, it's that it puts the HD in 'Hyper Drive Edition'. All of the game's graphics have been completely redone from the original 3DS version of the game, and they look absolutely fantastic. The characters, enemies, and foregrounds are crisp and clean-cut, making the core of the game (the puzzle platforming) that much easier to execute. Additionally, everything oozes personality, from the way the prisoners sit in the levels to the way Patricia takes off her helmet to wipe sweat off her brow to the adorable puppy that serves as checkpoints. Everything about the 'Hyper Drive Edition' takes a good looking game and makes it look even better, and a joy to look at on the bigger screen. 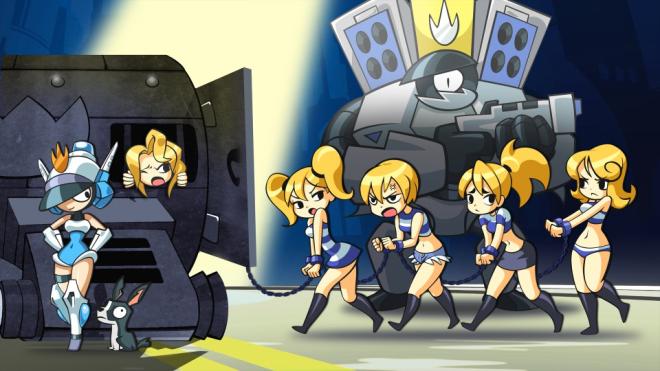 'Mighty Switch Force's soundtrack is done by the wonderful Jake Kaufman, and as usual, his musical score is absolutely fantastic here. All of the game's tracks are absurdly bubbly, nicely matching the game's somewhat silly atmosphere. The music is quite catchy, as well, being quite hummable even after the game is complete.

The title also features small voice clips of the main character while playing, and they sound good and crisp as well, even if they only amount to the typical battle grunts and one-liners. 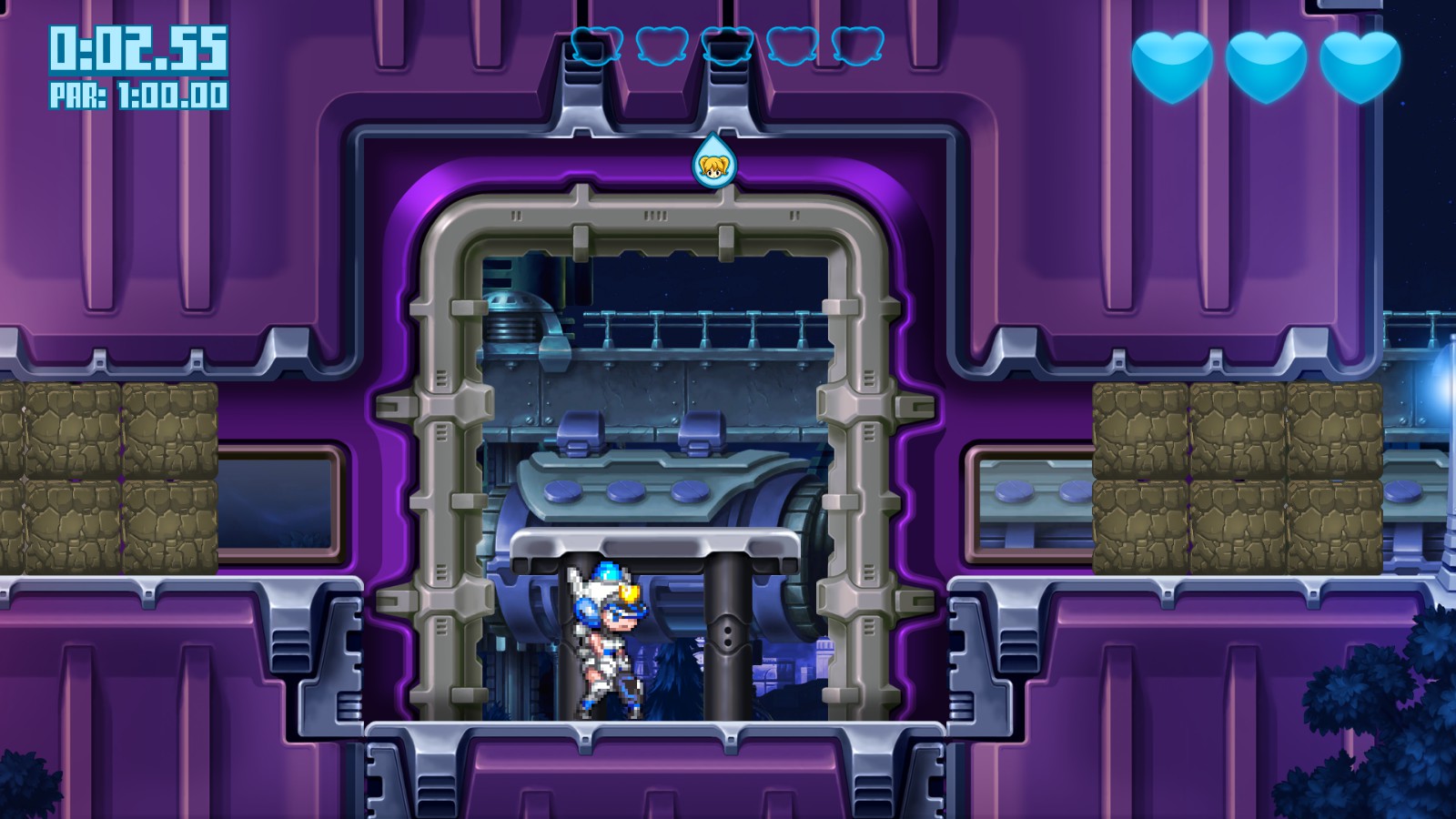 'Mighty Switch Force' is pretty short, and there isn't too much in terms of new content after the final boss. There is a bit to do if you're the right sort of player. Each stage has a difficult par time that can be cleared, and it requires a good deal of practice to get through most of the levels under par. New to the 'Hyper Drive Edition' are also the Hyper levels, which are explained below. However, this won't appeal too much to players that don't care about times and precise play, so for many 'Mighty Switch Force's playability will end after the final boss. 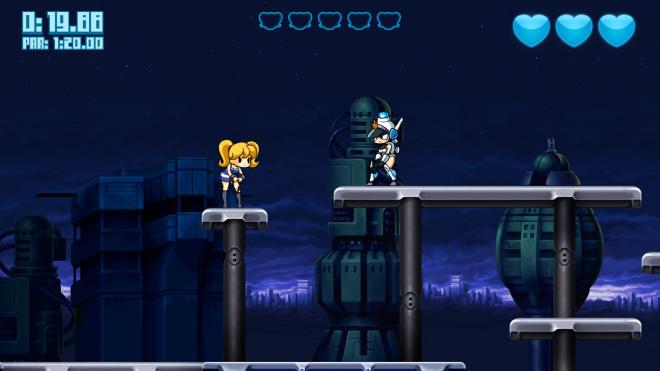 New to this version are the HD visuals, which look great, and the Hyper levels. The Hyper levels are basically just harder versions of the normal levels, and require players to beat the game before they can be accessed. This is great for hardcore fans, but it can be difficult to justify another purchase for owners of the original game on these aspects alone. 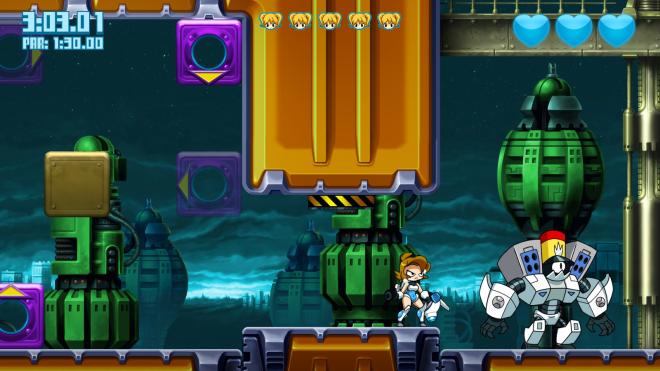 At its core, 'Mighty Switch Force' is quite the fun little game. The main mechanic is well implemented, and the level design enforces this mechanic in plenty of unique and challenging ways. However, this game is also incredibly short, and it can be hard to justify buying this new 'Mighty Switch Force! Hyper Drive Edition' for owners of the original 3DS release.

If you aren't worried about how long it is, definitely give 'Mighty Switch Force' a look. There's not much like it anywhere else in the market, and the discount price makes the time clocked in and the lack of many additional bonuses easier to swallow.