The Call of Duty: Black Ops III Juggernog Edition is the ultimate Collector's Edition for Black Ops fans. It comes loaded with a cache of collectible items - including a fully-functional Juggernog Mini-Fridge and bonus digital content that will prepare you for the latest Black Ops adventure.

Zombies returns in all of its undead glory with "The Giant," a Nazi research facility featuring the weapon-upgrading Pack-a-Punch Machine.

Re-live the chaos of Treyarch's classic "Der Riese" Zombies map, picking up the Zombies story with Dempsey, Nikolai, Richtofen, and Takeo where Origins left off. 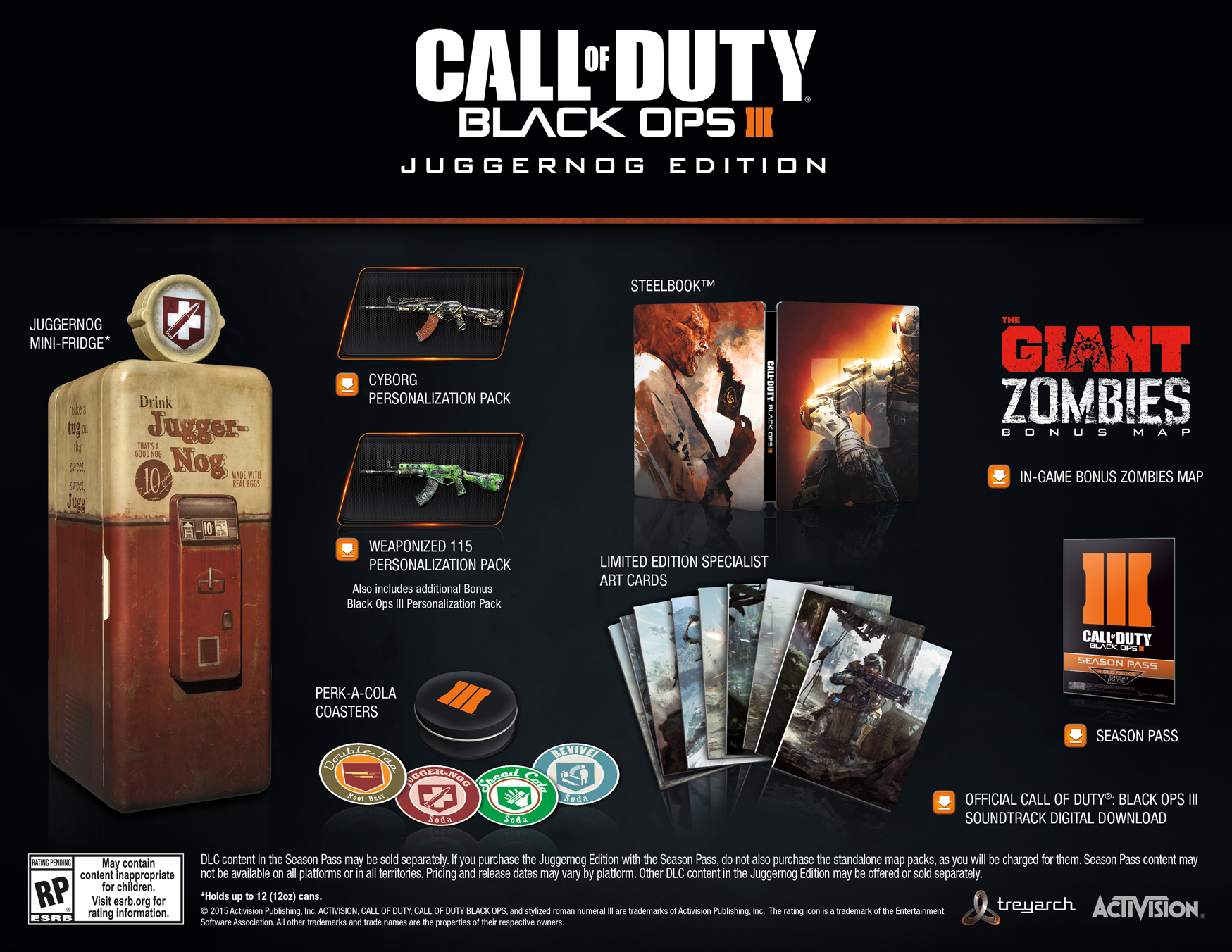