Digital Xbox One version reviewed. Review includes some spoilers for a couple of the puzzles for the purposes of illustration.

Another Kickstarter alumnus, 'The Fall' was funded in autumn 2013 on a modest budget of $30,000. It is developed by Over The Moon games, a small studio led by John Warner. The game was released over a year ago on Steam and has since been trickling onto consoles.

The main character of 'The Fall' is ARID, an AI integrated into a sophisticated combat suit that also contains a human operator. At some indeterminate point in the future, the combat suit has crash-landed on a strange planet, severely injuring the human and activating ARID. With most of its technology offline and absolutely no intelligence on the planet it has been deposited on, ARID must find emergency medical treatment for its human in order to fulfill its core programming.

'The Fall' plays primarily like an old-school adventure game, such as 'Monkey Island' or 'Grim Fandango'. Each level presents a series of puzzles, all of which are solved by exploring the environment, picking up objects, and trying to make the objects fit together in the proper format. There are also modest platforming, shooting, and stealth elements. ARID slowly activates its combat subroutines throughout the game as threats emerge to endanger its human, like a sidearm and stealth field. It can then use these to destroy local fauna and hostile droids. The combat is probably the weakest part of the gameplay, but these segments are relatively uncommon. 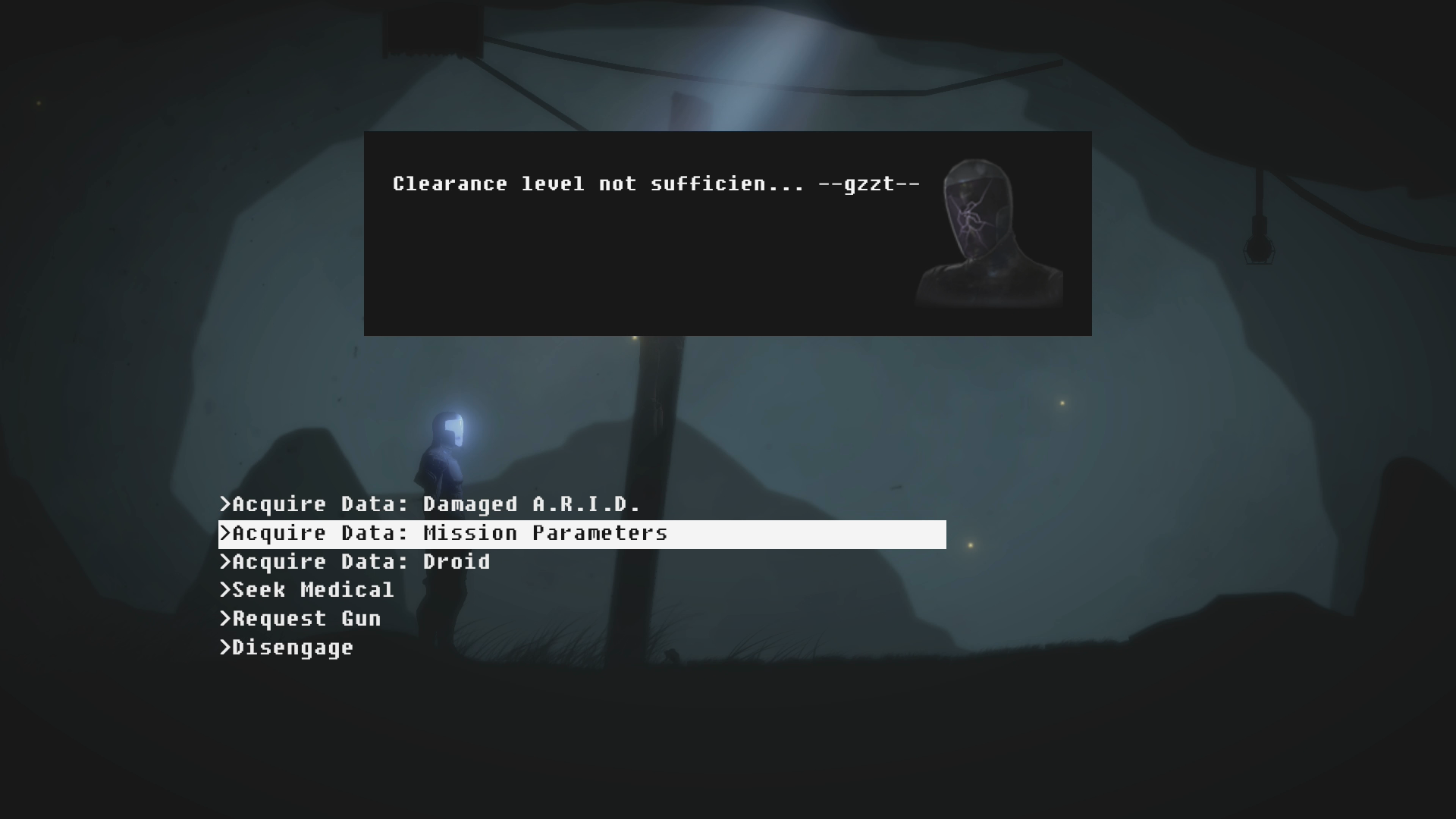 Some of the puzzles make sense in a disjointed way, like collecting the innards from a monstrous fish, depositing them into a laboratory shower detergent dispenser, and then showering in the muck to camouflage the combat suit and allow ARID to progress past the fish’s mate. Others are reminiscent of the very strange puzzles from older adventure games, like going through a series of complicated steps to swing a merry-go-round mechanically, instead of just grabbing onto the merry-go-round and spinning it like a normal person would. Still, the point of all the puzzles is to explore the eerie and sinister facility that ARID is trapped inside, and the system works beautifully in that regard. 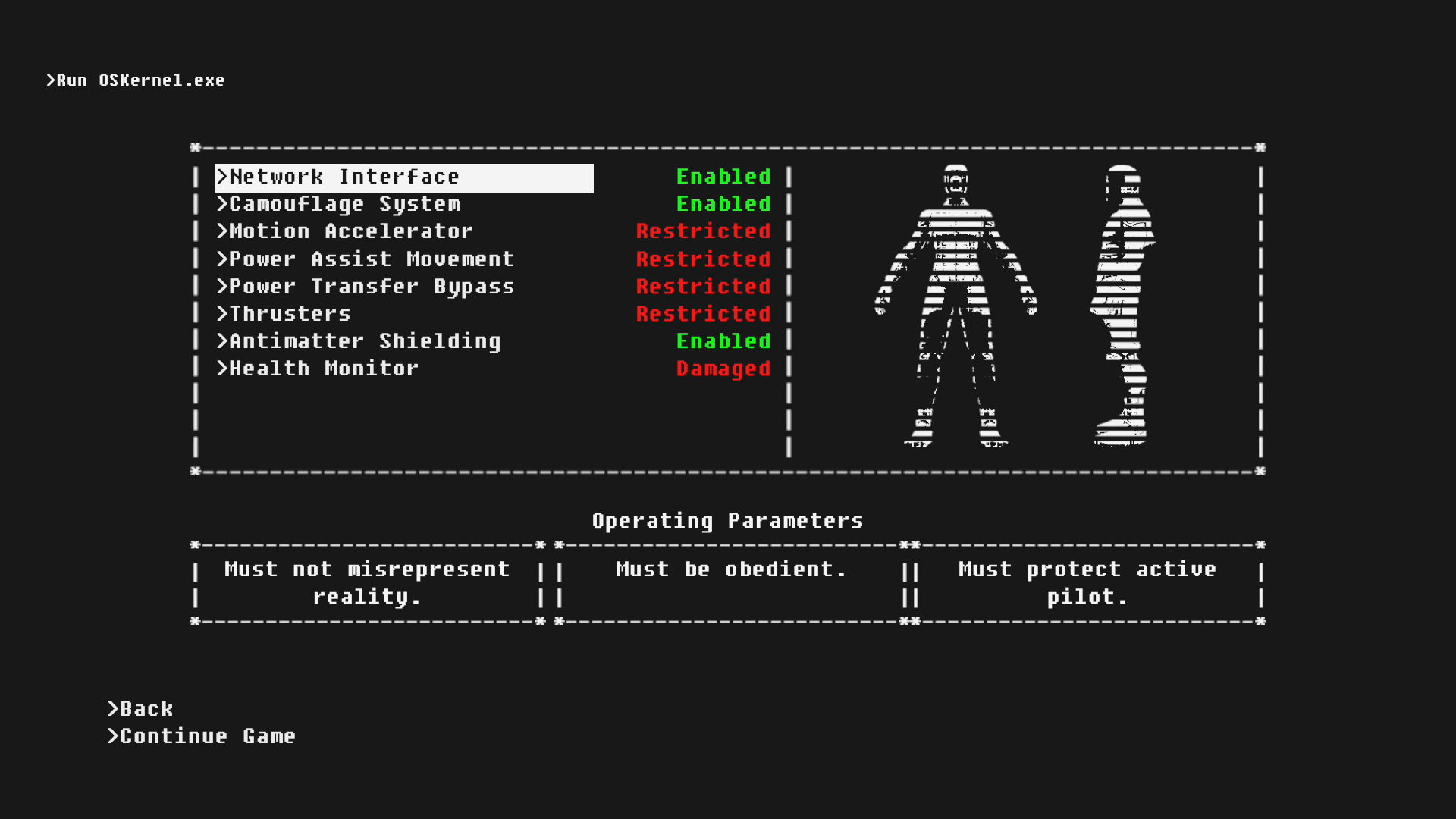 The atmosphere is creepy and mysterious. As ARID explores the facility, which has been abandoned for decades, it meets a few very strange beings whose motives are inscrutable. They challenge its perceptions of itself, why it is protecting its human, and test how far it is willing to go to protect him. ARID itself is by far the best character. It is not a mindless automaton, but does have relatively narrow programming. It frequently references its operating parameters when questioned as to why it protects its human, making it sound quite soulless, but when the human is in the most danger, the desperation in its voice becomes heartbreaking. Rather than just going through the motions as I sometimes do with lesser games, I too fervently wanted to protect the human and help ARID succeed. 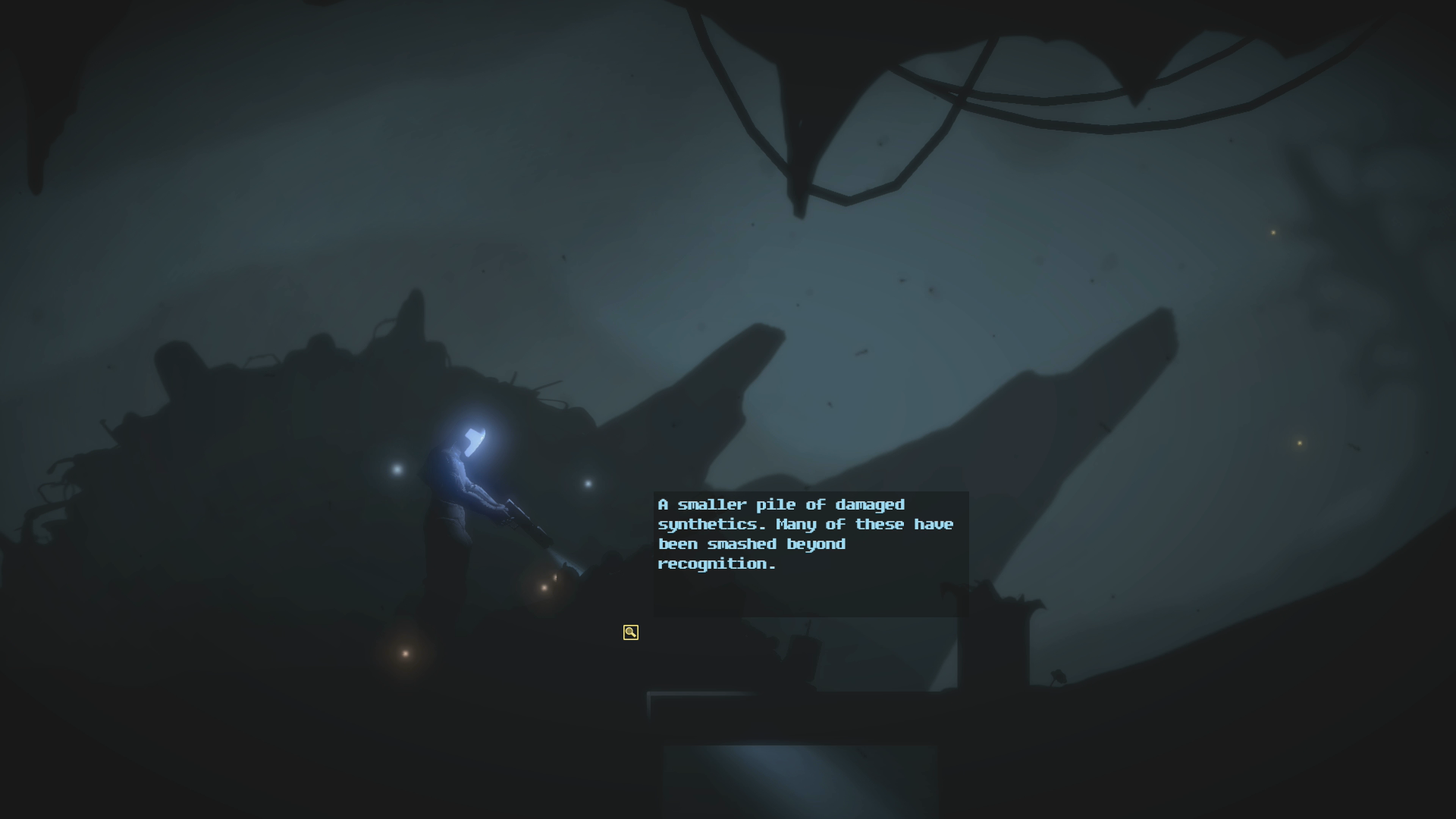 'The Fall' has a very satisfying story and mostly successful puzzles, but has some issues with the more routine aspects of video games. Controls during combat are sluggish, the platforming is inaccurate, and, worst of all, the checkpoints are spotty. I closed the game at one point and opened it later, tragically discovering that the game had reverted to a checkpoint I had passed over two hours previously. 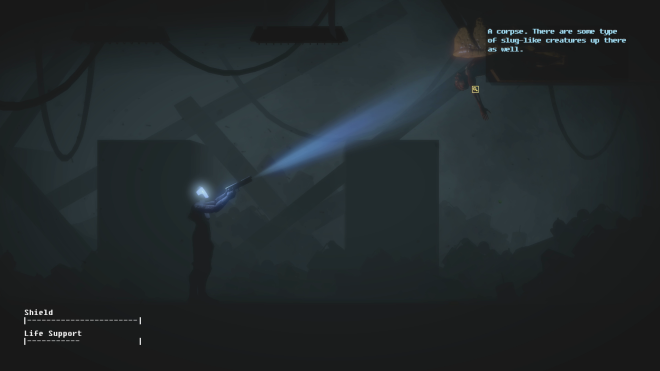 This game is a 2D sidescroller in the vein of 'Limbo', and like that game has very dim lighting (but it’s not black and white). It doesn’t have beautiful textures or amazing effects, but skillfully complements the story with its bleakness, with ARID’s glowing helmet always visible, even when it is in stealth mode. There are some stutters in the engine, usually at inconvenient moments like right when jumping or shooting. 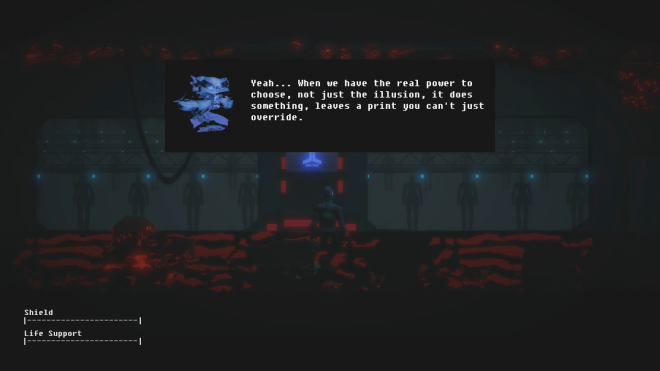 Like its story and visuals, the sound in 'The Fall' is dark and ominous. It is pushy enough to heighten the tension, but subtle enough to not intrude. The voice acting is mostly good, especially Alison Kumar’s excellent performance as ARID. Perhaps acting a monotone robot seems easy, but ARID’s moments of humanity are genuine.

As an adventure game, 'The Fall' is very linear. While some levels have sets of puzzles that can be solved in any order, the story never changes. The only collectibles are a handful of notes, and there are few achievements (although some are very clever). 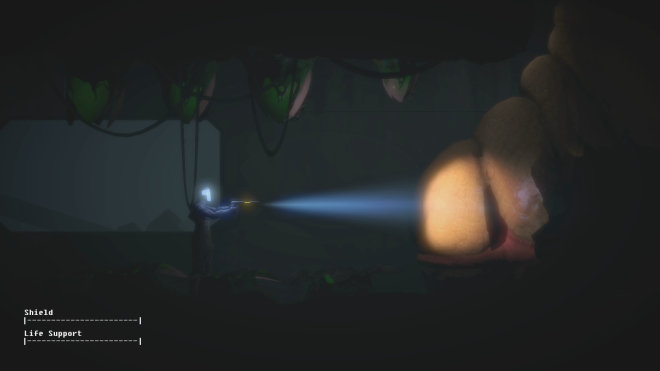 'The Fall' is a great story and interesting discussion of synthetic morality, but ironically has some problems with its own mechanical side. It is possible that these issues were caused by the port to the Xbox One, but things like checkpoint saving are fundamental and cannot be overlooked. Regardless, I am happy that Over The Moon is continuing with the series, and hopefully we can expect the second episode before too long.