'So Many Me' is developed by Thai studio Extend Interactive, which until now has been busy making mobile games. 'So Many Me' had an unsuccessful Kickstarter campaign in 2013, but was able to secure alternate funding and was released on PC in July 2014.

'So Many Me' is a puzzle platformer, a genre that has been seeing a strong resurgence lately. All of the game’s puzzles are traversed by not one but many characters, little green blobs that can turn into sticky blocks at will, allowing their brothers to cling to and jump onto them. The blobs are led by Filo the hero blob, and the rest of the clone "Mes" follow in his exact footsteps. Filo has been chosen to save the world, of course, although he is a rather reluctant hero. Some unknown mechanism has placed the Mes all over the world of Xio, along with puddles of his DNA that morph into other forms. Filo and his clone brothers are advised by Asimov, a disembodied and absentminded being that serves as a tutorial of sorts. The game has a lot in common with 'Badland', another recent platformer ported to the Xbox One, but 'So Many Me' is more about puzzles and jumping as opposed to speed. 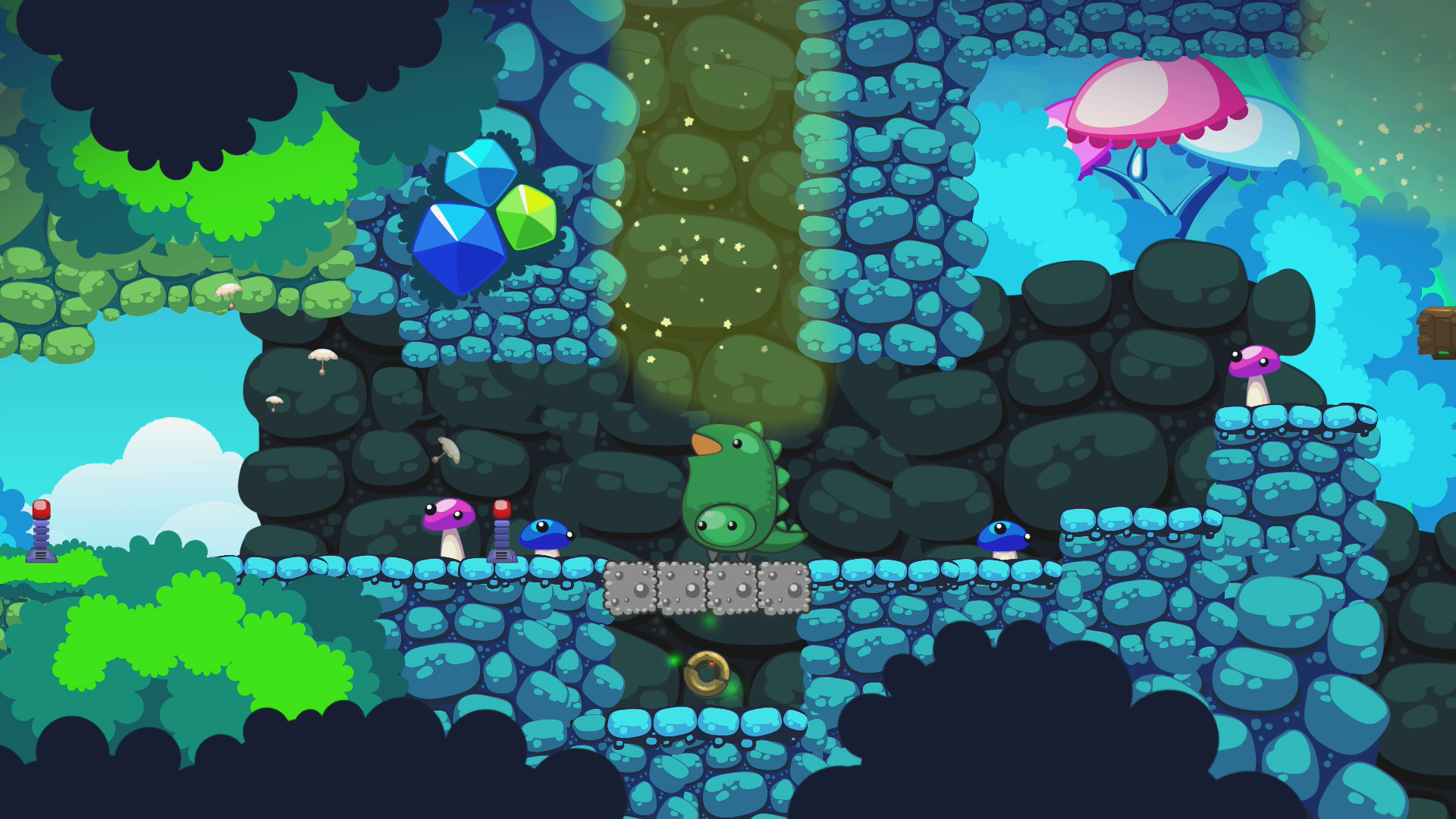 The game has infinite cuteness, but not in a kiddy or infantilizing way. It is very charming and has a smartly written, self-aware script. Filo simultaneously mentions how much of a cliché the story is, for instance, then jumps wholeheartedly into it. Each of his clones has a distinct personality, and can be customized with hats and tricks earned through collectibles, usually by way of another puzzle. While most platformers lately have a kind of a "push A to skip this text and continue with the game" vibe, the jokes and narrative in 'So Many Me' are infectious.

As for the platforming and puzzles, the character-turning-into-a-block routine is not new, but it is implemented well. The Mes can create a chain of blocks that allow the last Me to progress very far without environmental platforms. The first Me recalled is always the last one placed, otherwise the chain could go on indefinitely and render most of the puzzles ineffective. With only a few exceptions, controls are smooth and responsive. Things get a bit dicey when creating blocks near surfaces or at the edges of dead zones where abilities don’t work, but for the most part 'So Many Me' is a precise experience. The boss fights at the end of each stage can be petulant and don’t always make use of the smart platforming, but they’re generally not too irritating. 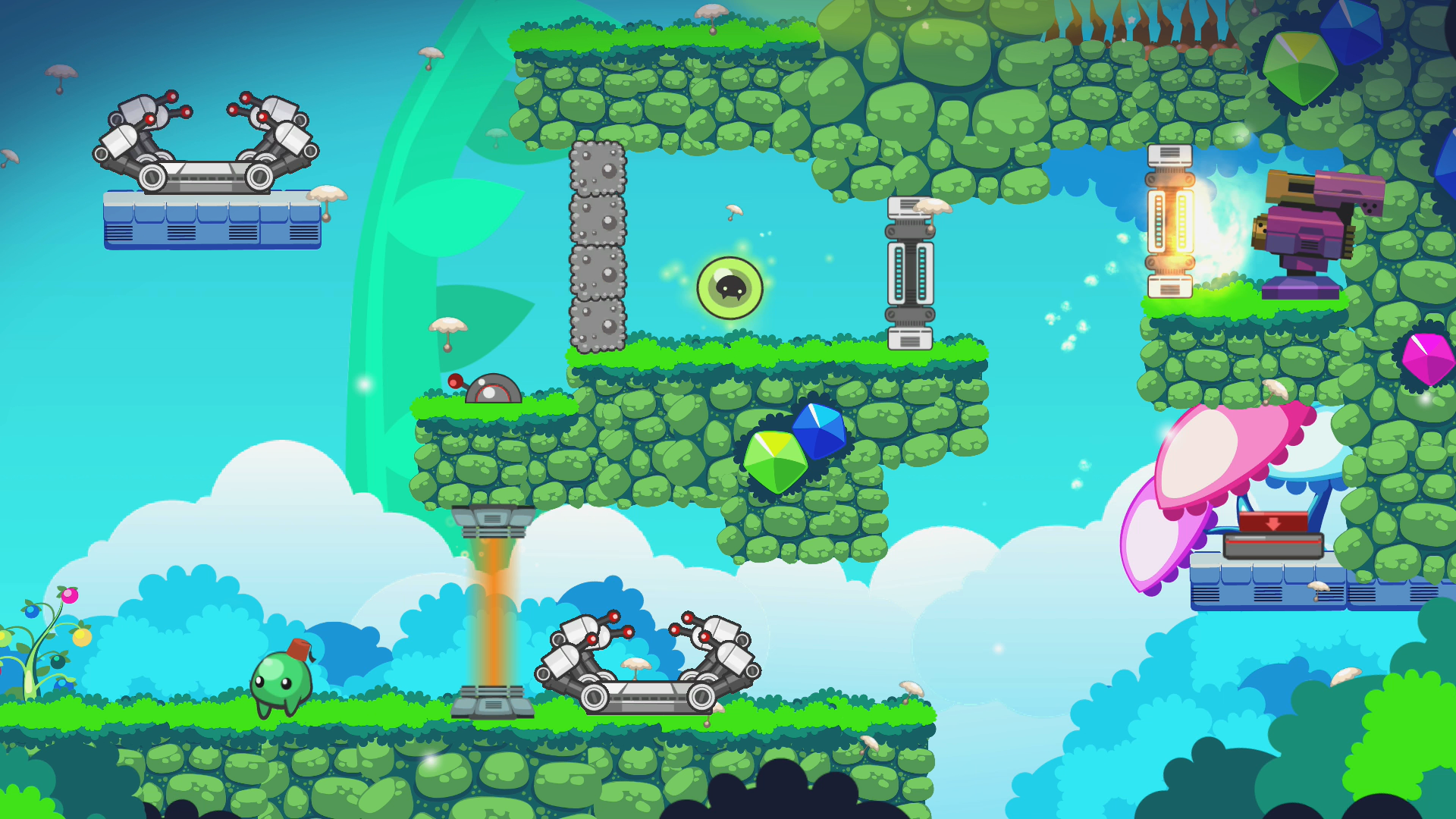 In addition to their blocks, every stage offers a new mechanic whereby the Mes shapeshift into a new form that has special abilities. These include a trampoline Me and a large, powerful jellosaur that can smash through blocks. The puzzles in every level are typically centered around creative applications of these mechanics, and some of them can be challenging, especially when I was greedy and wanted to also grab the level’s shopping bag collectible and power point thing, which is used in the hub to purchase new abilities. I was more successful when trying to be inventive with the platforming abilities, although it was occasionally possible to cheese the mechanics and access areas through brute force jumping (shame on me). 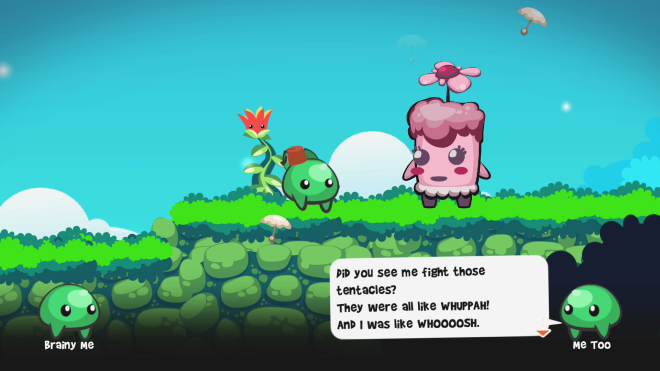 The look of Filo and Xio reminds me of 'Adventure Time' and similar bright, hand-drawn cartoons. The backgrounds and environments are very cutesy and bubbly, and when Filo dies he dissolves into an innocuous mass of green bubbles, making the game appropriate for even small kids. That being said, it has as much to offer adults as it does kids. Slowdowns and hang-ups are uncommon. 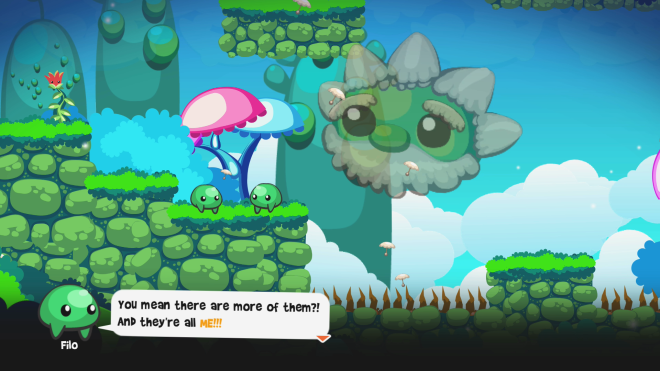 'So Many Me' has a slow, chill soundtrack that sounds like what would happen if you took one of those bubbly phone alarms and grew it into something bigger. It is subdued and somehow manages to be both bubbly and melancholic. There is no voice acting beyond the occasional grunt or squeak from Filo’s clones, but the sound effects are as adorable as everything else in the game.

The levels are perfect platformer fare, as they are short enough to avoid tedium but long enough to invoke some creative thinking on the part of the player. Each level can be accessed at any time through the menu, and the hub world has a separate suite of discrete levels where more power points can be gathered. 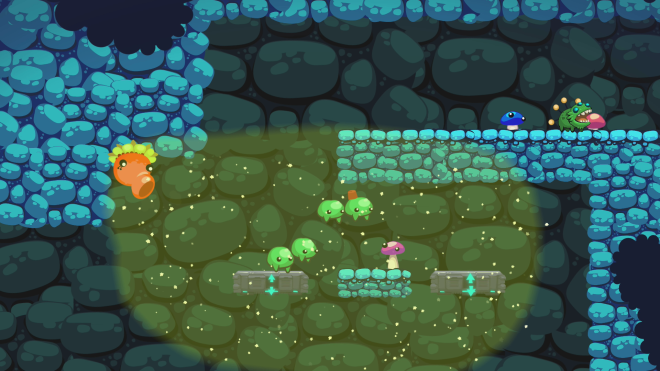 'So Many Me' is a lovely addition to the growing stable of adept platformers on the Xbox One. It competently serves up many of the tropes of the genre while gently poking fun at them, and has its own crafty mechanics to keep things fresh. It’s not overly difficult, but the puzzles grow more challenging as the game progresses. I’m glad it was able to get over its financial troubles and find a home on the One.