The Game Itself
3.5 Stars
The Video: Sizing Up the Picture
2 Stars
The Audio: Rating the Sound
3.5 Stars
Replay Factor
4.5 Stars
Bottom Line
For Fans Only

You know, it's hard to find budget, or rather mid-tier, games in today's gaming industry. Most games tend to fall into either the big, AAA title, or the smaller indie titles, with nothing in between. It's understandable, of course: After all, game development costs keep rising, making such games harder to make a profit out of than ever before. But, that doesn't mean that mid-tier games are completely gone, as XSEED is showing us with the quirky title 'Onechanbara Z2: Chaos'.

Being a sequel, 'Onechanbara Z2: Chaos' picks up right where the previous game left off. After a decent summary of the first game's events, the players are dropped in as the two young agents of the Vampric bloodline, Kagara and Saaya, go head to head against their rivals, Aya and Saki of the Baneful bloodline. However, their fight is cut short when a mysterious woman appears and attacks, causing the building they were in to collapse. Now, the four must set aside their differences and work together to defeat this new foe. 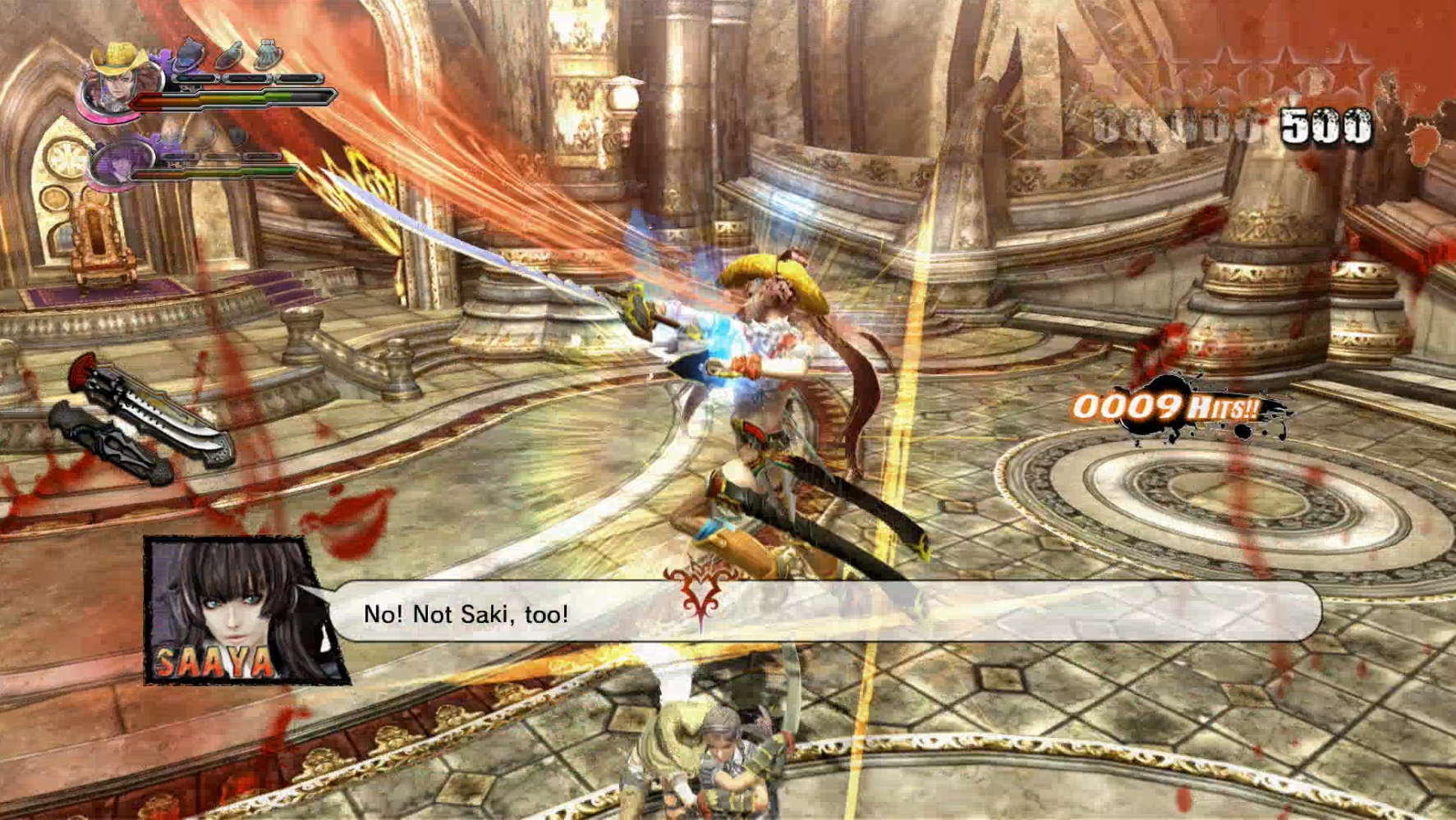 The story is pretty clichéd and average, but it does enough to get players through the game, even if some of the plot points are a little overwrought and cheesy. Although, it doesn't quite explain the rather… revealing outfit choices for some of the lead characters. This title isn't one for the children, and those that don't have a thick skin for scantily clad ladies doing sometimes risqué things, so 'Z2: Chaos' isn't recommended for everyone.

Beyond that, 'Onechanbara Z2' is a character action game, much like the likes of 'Devil May Cry'. Players can choose to control one of the four characters at will, and each has their own separate playstyle and combos to learn. However, instead of choosing only one character and rolling through all the entirety of the Story Mode, it's instead encouraged to use all the sisters, with support attacks and switching being important for survival without any deaths, even on the easiest modes.

The overall gameplay is solid enough—each character is unique, and they each have their own combo strings that can be upgraded. There is also new equipment to buy, and rings to equip that offer various benefits. However, the fighting can turn rather dull at times due to the enemies. Some enemies take blow after blow, not posing much of a threat but taking far too long to kill. A specific enemy type requires a special charge-up move to kill, but late in the game, these enemies starting requiring multiple charge-up attacks. Since one of these ultra powerful attacks isn't enough, what's left is to whale ineffectively on said enemy until they manage to charge the bar up again. It's even possible to get stun locked to death, though thankfully that is usually stopped by switching characters. 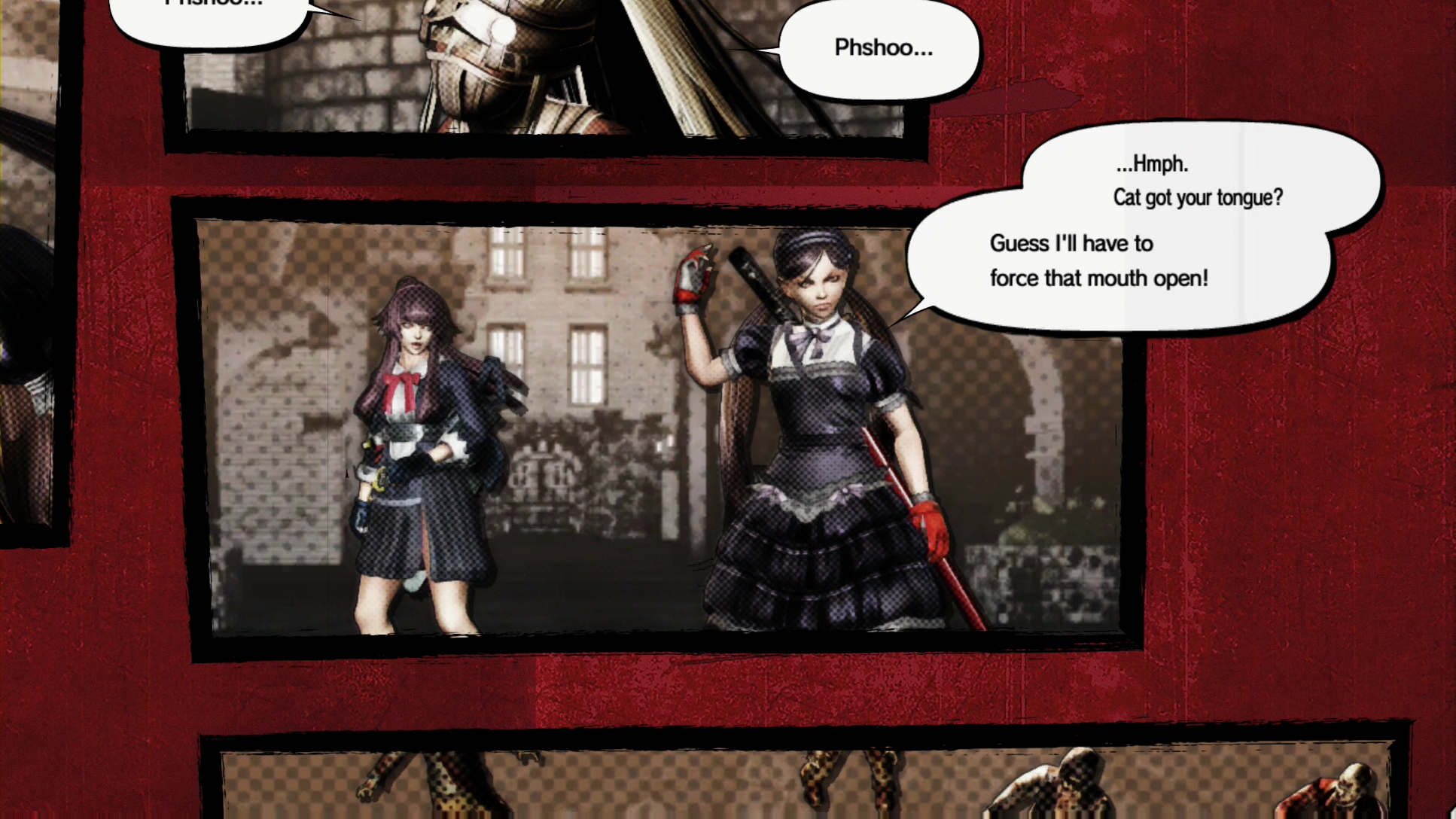 'Z2: Chaos' also has a few touch pad controls, annoyingly enough. While fighting boss characters, a prompt will appear once the player gets the boss's health to a certain point. Players must then swipe the DS4's touch pad in the correct direction to complete the action sequence and get back to the normal combat. These sequences largely stop the action and feel forced, which doesn't really make for a fun diversion.

Clearing being a budget title that got a fair amount of its niche popularity for its odd quirks and overall cheesiness, it's hard to fault 'Onechanbara Z2' on all of its oddities. Given this, it's overall a solid action title, though the gameplay does little to stand out from the pack. 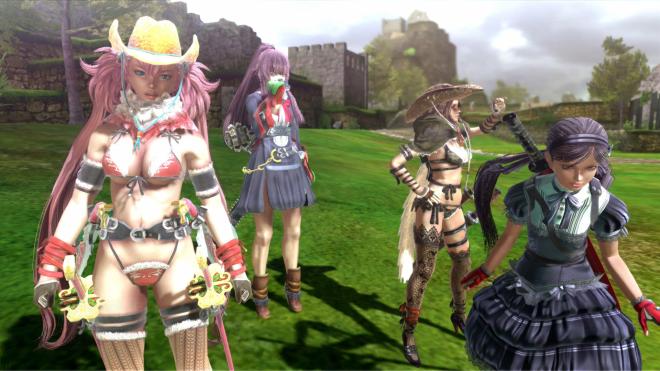 Honestly, 'Onechanbara Z2' isn't a particularly pretty game. The characters models are overly shiny, and their movements are too exaggerated and look off. Levels are dull looking and the attack effects, while flashy, tend to get in the way of the action, making it hard to dodge blows. Even at the best of times, 'Z2' doesn't look any better than a PlayStation 3 title, which makes it baffling why this title made the jump to the next generation. 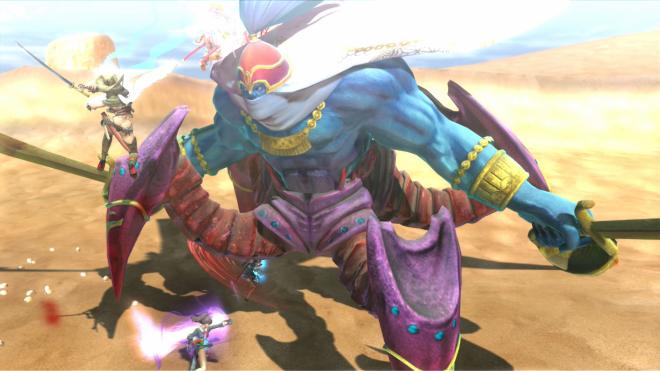 The audio fares a little better than the graphics… as long as you embrace how cheesy they are. The voice acting is pretty bad, but it's also campy and fits the overall wackiness of the game well. The dual voice option is still much appreciated.

The music is pretty good, with rock tracks to accompany the zombie slaughter and with the occasional overly bubbly J-pop song to remind you what exactly you're playing. The audio really drives the point home that this is a campy, B-rate game, and owns those characteristics completely. 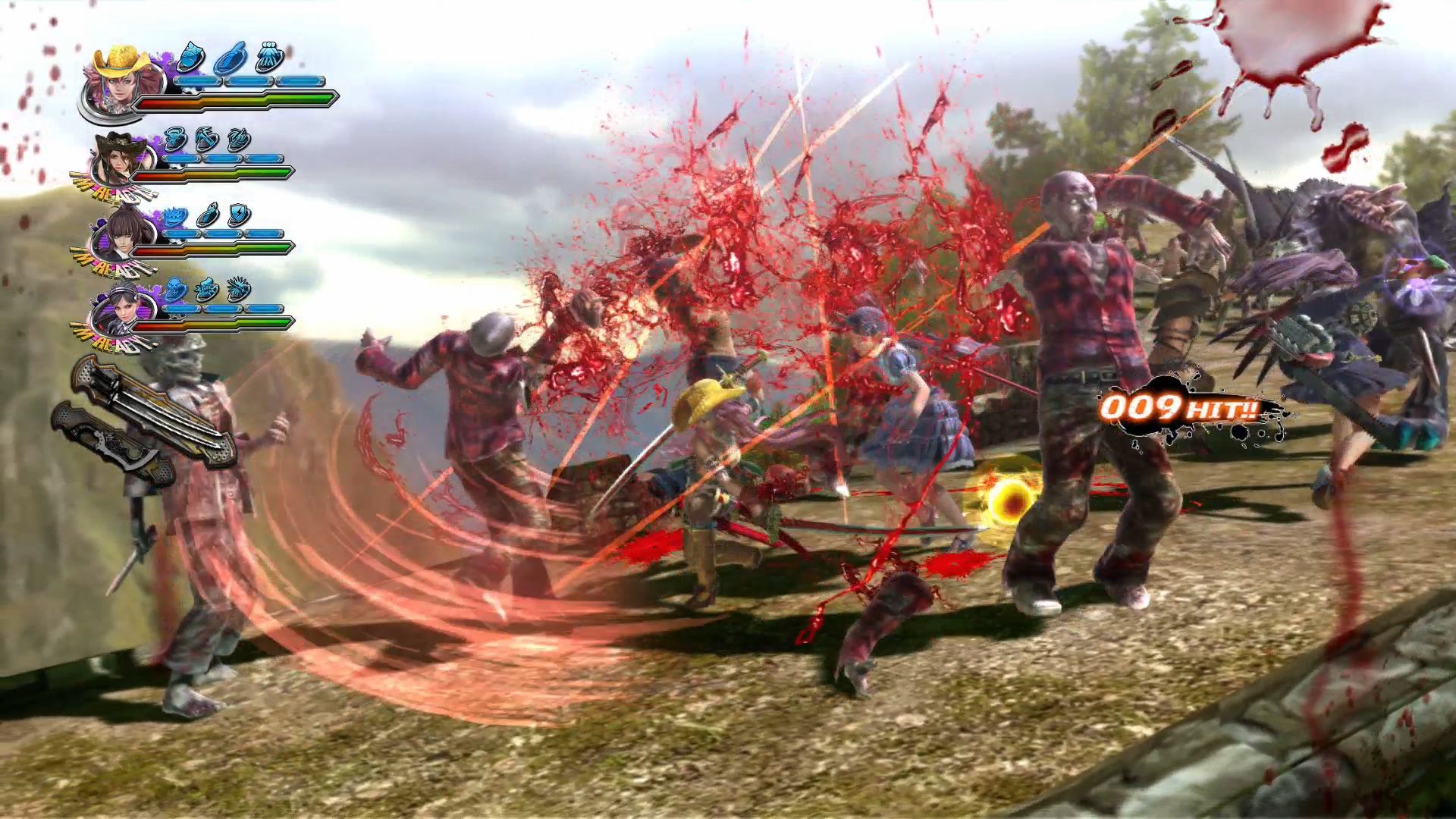 There is quite a bit to do after the Story Mode is complete. One run of the story won't get players nearly enough orbs to buy all the upgrades, so there's plenty of reason to play again on harder difficulties. Quests unlock new outfits and illustrations, while Missions give players more to do by having them defeat enemies under specific conditions. Finally, there of course are the trophies for players to try to earn, rounding out a rather content heavy package. 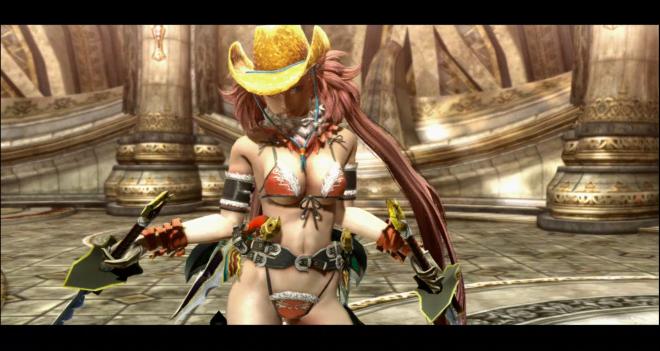 'Onechanbara Z2: Chaos' isn't a particularly bad game. Taking the good with the bad, it lays decidedly on average, with a bit of quirkiness that's sure to appeal to a specific type of fan. However, it's far from a shining example of the genre, and with better action games having been released for the same system for a lower price, it's difficult to recommend this title to any but diehard action game fans. There's certainly a bit to like about this title, but it's only there for those who look beyond what's skin deep.