The Game Itself
4.5 Stars
The Video: Sizing Up the Picture
2.5 Stars
The Audio: Rating the Sound
4 Stars
Replay Factor
4 Stars
Bottom Line
Recommended

Many might think that summertime is a veritable drought of new video game releases, however, Adult Swim Games begs to differ. The indie publisher has been releasing titles left and right, and their latest release is the awkwardly named shoot 'em up 'Zenzizenzic'.

'Zenzizenzic' does not offer any explanation as to why you're fighting these enemies that are made of simple shapes: No, this is a game that relies utterly and solely on its gameplay. This title offers five levels of bullet hell, with three different difficulties to work through and high scores to try and reach.

The core of the gameplay is no different than an average shoot 'em up. Players narrowly dodge enemy bullets while firing their own, defeating foes and bosses before the lives dry up. This is a twin stick shooter as well, meaning thatthe shooting is triggered and aimed with the right stick. 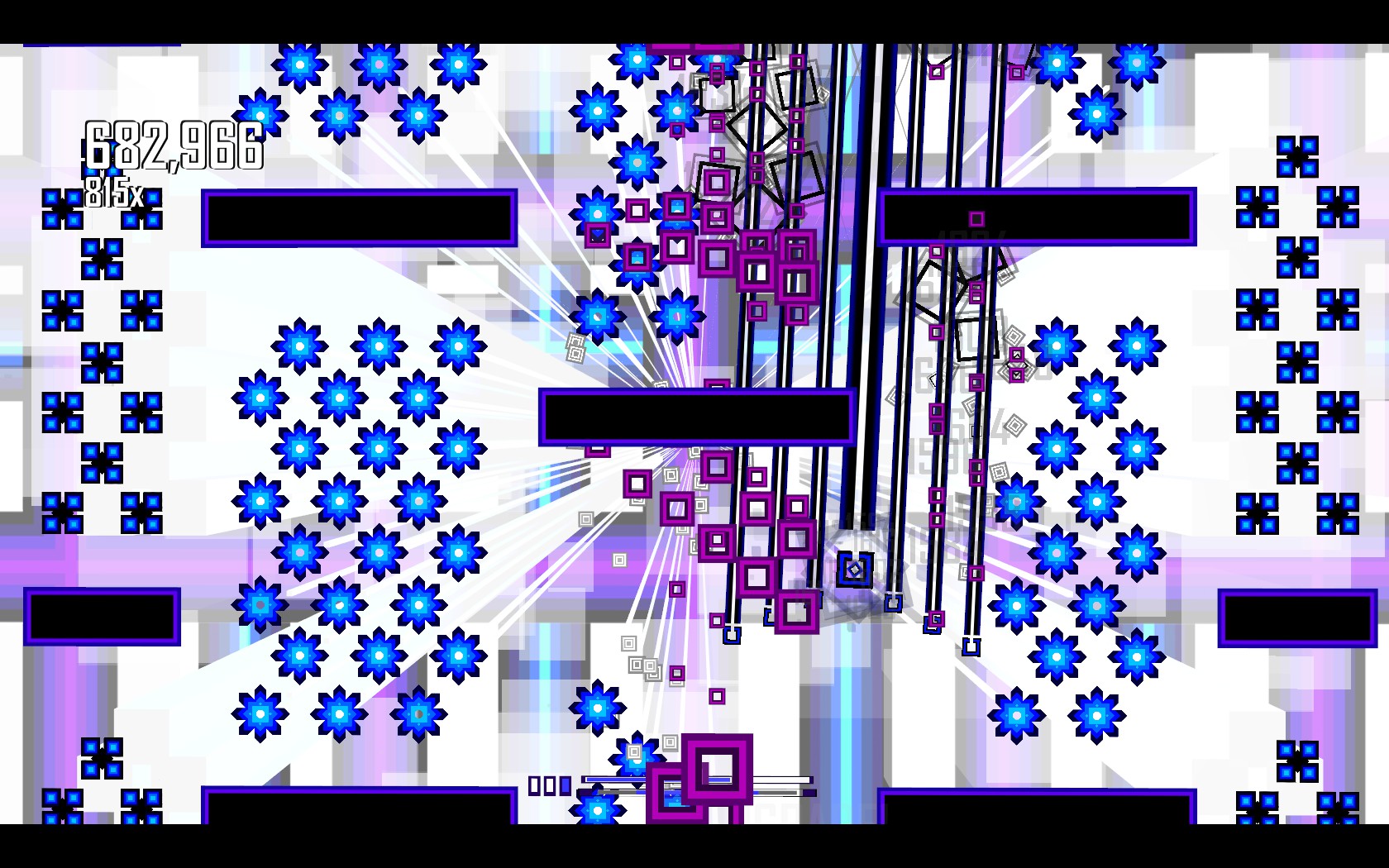 What really makes 'Zenzizenzic' stand out is how it handles scoring. In most shumps, the score is merely a number—it's a nice bragging point for hardcore genre fans, but for most the score really doesn't mean much in the grand scheme of their playthrough, especially when online leaderboards are typically rife with hackers. But here, the score is so much more… it's currency. Points are used to unlock the five levels, new subweapons, and other game modes. Additionally, while in the stages themselves, 500,000 points can be used to buy an extra life, which is helpful in getting through the harder stages. But of course, those 500,000 points won't be around to unlock new stuff, so players have to make strategic decisions in the heat of battle as to whether the point cost is worth it. 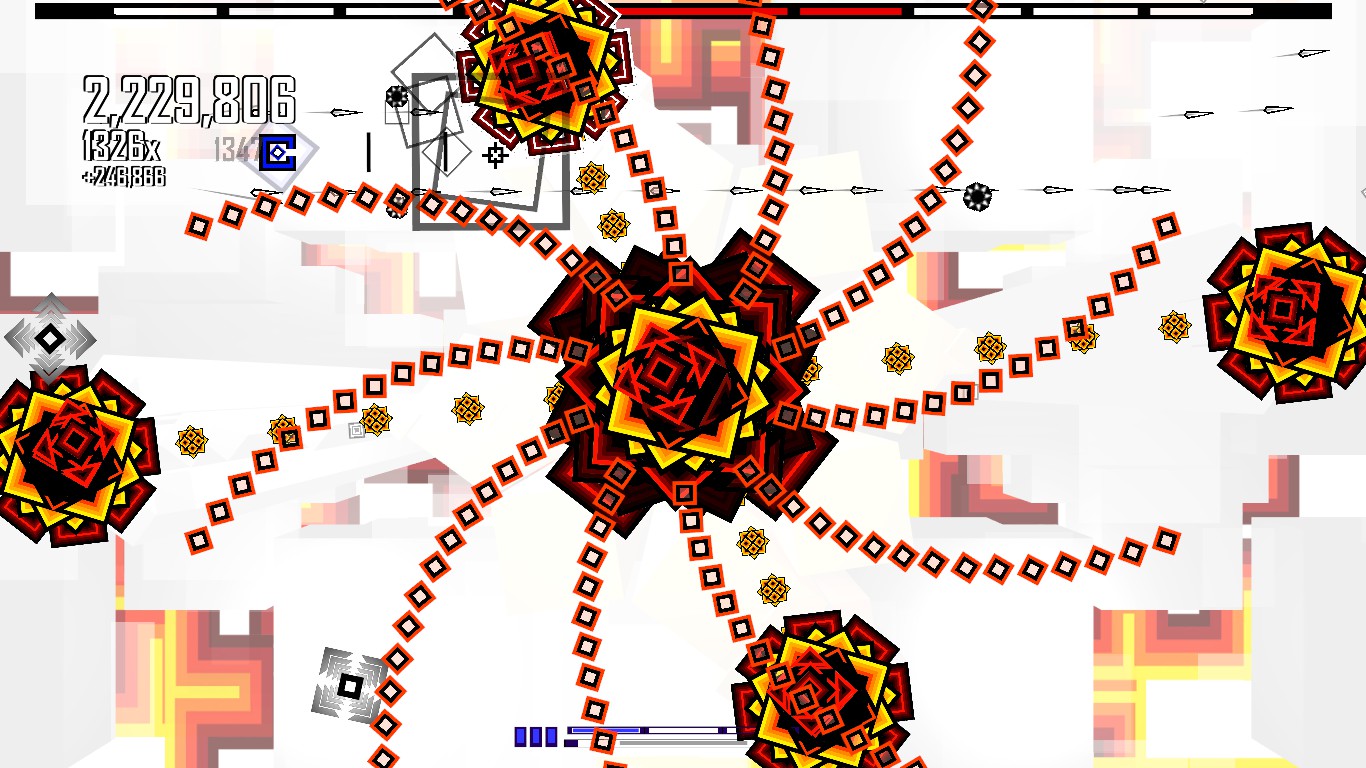 For the most part, I think using the point system as thus is awesome; it really kept me engaged and coming back for more, even after repeated failures (as you get to keep any point accumulated when you die). However, this does lead to one thing that may be a sticking point for some… points are needed to unlock even the five main stages, and oftentimes one successful run through the previous level will not yield enough points to unlock the next. So, players are forced to grind, and replay stages to get enough points to unlock the main game.

I, as a huge RPG fan, didn't mind the grind of 'Zenzizenzic' at all. Honestly, going back to the previous stages, trying to unlock a few of the game's 200 or so achievements and trying to beat the higher difficulties was fun, and I felt as though I was getting better at the game as I started learning enemy patterns. But, I can easily see how others could become frustrated with this method of gating, and simply want to move on to the next stage.

Other than that, though, 'Zenzizenzic' stands up well. Controls are fluid and precise with both a controller and a keyboard and mouse (though the former is far preferable), and the enemy patterns are no slouches, providing a decent challenge even on the Normal difficulty. 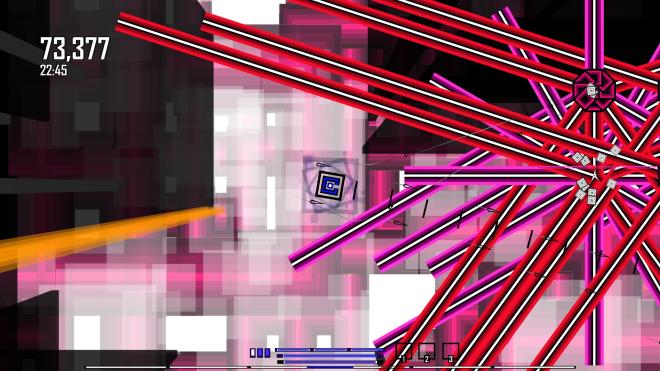 'Zenzizenzic' isn’t much of a looker, as expected from a game that’s composed almost entirely of basic shapes. It's colorful enough, but it can be difficult at times to see bullets when they’re near the same color as the background itself. The graphics are passable, though they just aren’t particularly stand out or special. 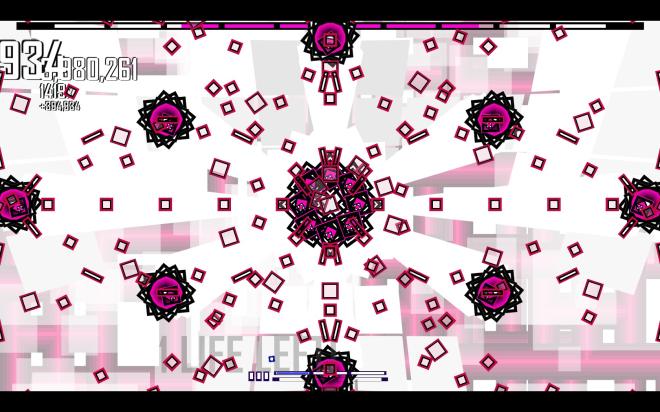 The music is pretty good, overall. 'Zenzizenzic' uses a solid techno soundtrack, and I found myself bobbing my head to the music multiple times while moving through the stages. It's also not too difficult to hear over the constant barrage of bullets and explosions, either. The soundtrack does unfortunately have some looping issues, with the fade-out coming too quickly and oftentimes way before players are finished with the stages. 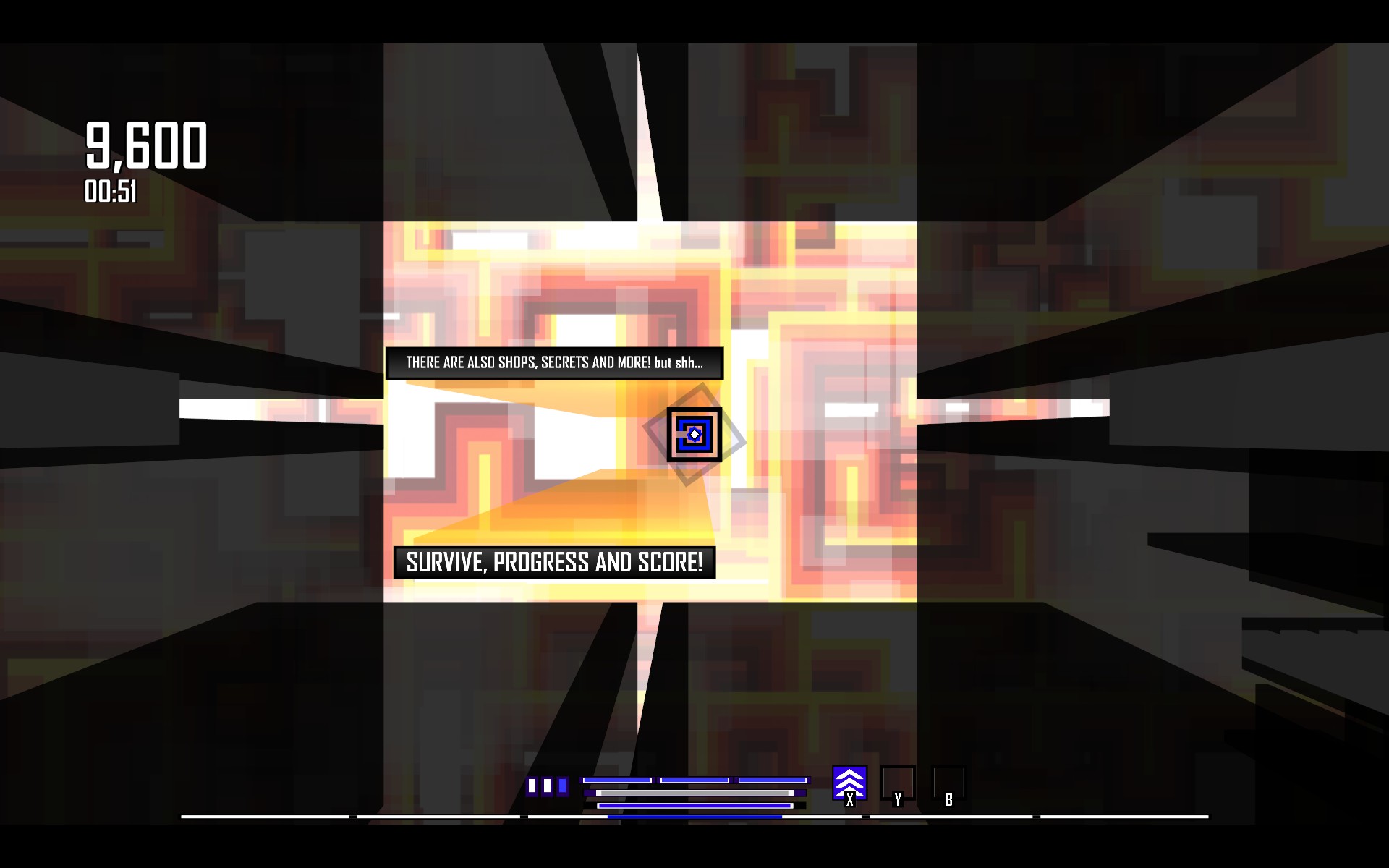 Since 'Zenzizenzic' is a title that bases progress off unlockable tidbits, there’s plenty to do beyond working through its five main levels. Other than playing those levels again on a harder difficulty, there are also other modes to unlock, including Boss Rushes, the ability to practice the Bonus Stages, and even a mode that's sort of like an odd shmup rouge-like. For a shmup there’s a fair amount of meat on this bone, and the massive amount of achievements to unlock only adds to that. 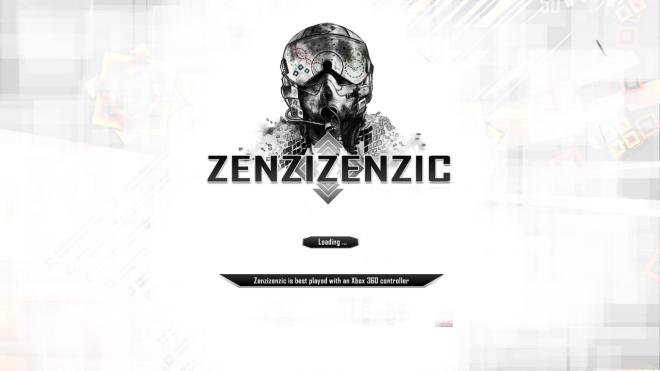 'Zenzizenzic' is a solid shoot ‘em up, and it a great game for genre veterans and newcomers alike. There’s something for most to enjoy here, as long as they don't mind a little bit of a grind along the way. It's a title that rewards high scores and good gameplay skills, which are things that shmups oftentimes fail at.