The Binding of Isaac: Rebirth

'The Binding of Isaac' started as a Flash game developed by Edmund McMillen ('Super Meat Boy') and Florian Himsl that was first released for PC in 2011. In 2012, the 'Wrath of the Lamb' expansion was added, bringing a host of new features. An expanded remake, the Unity-powered 'The Binding of Isaac: Rebirth', was first released in 2014, featuring a new engine and soundtrack, all of the previous content, and even more items, characters, and monsters.

'The Binding of Isaac: Rebirth' is a top-down roguelike dungeon crawler. The titular character is a naked, crying little boy who descends into the basement of his house after his mother has determined that the best way to serve her God is to slay her son, much like the actual binding of Isaac detailed in the biblical book of Genesis. Previously Mom had taken away all of Isaac’s toys and coloring books, and then locked him in a bare room, all because of God’s commands. Once in the basement, Isaac is temporarily safe from Mom, but soon discovers that the underground has a life of its own. 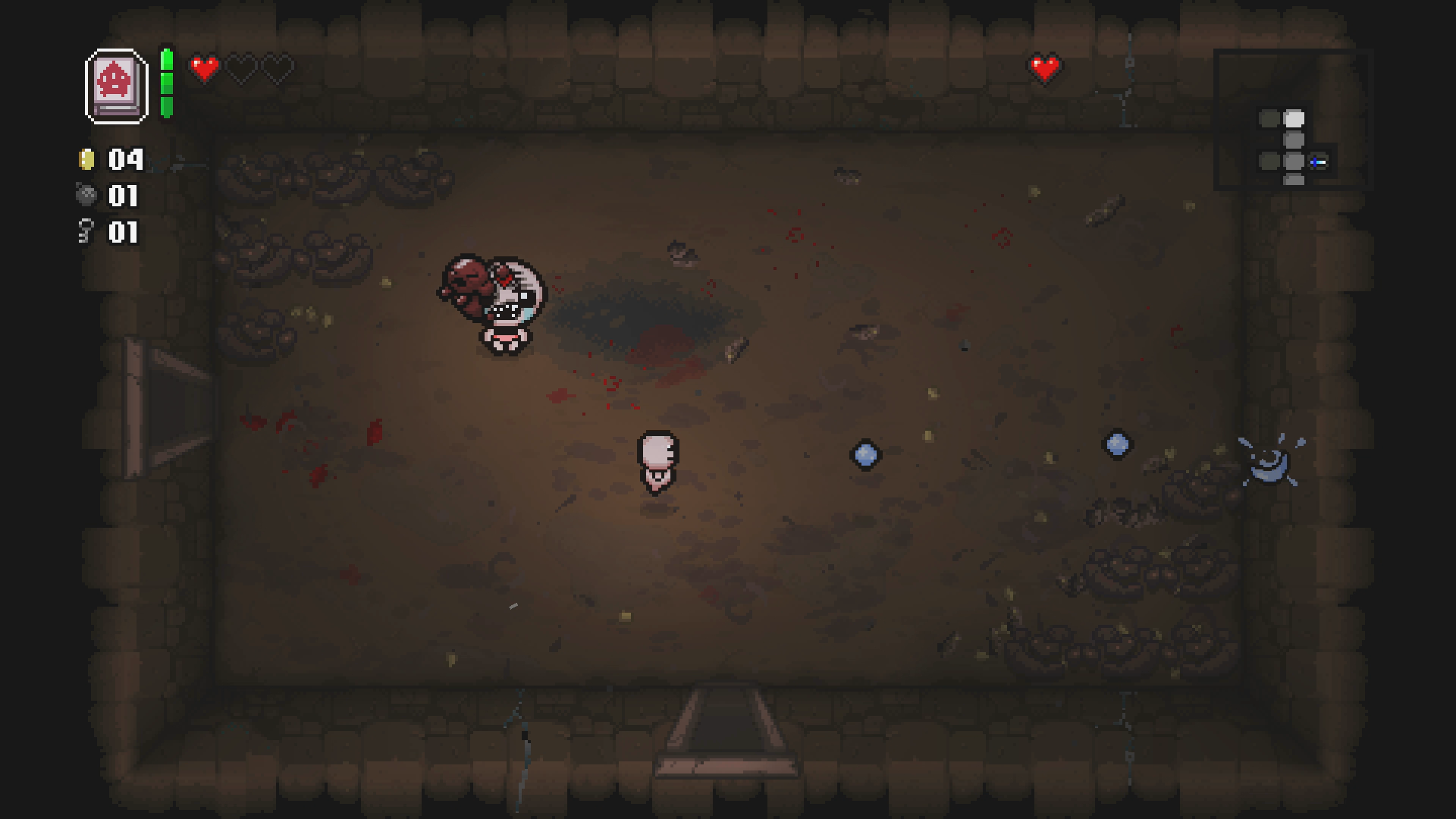 The game controls like a twin-stick shooter, with Isaac’s movement determined by the left stick and his tear projectiles fired with the right (the face buttons can also be used to shoot the tears). It hearkens back to ancient dungeon crawlers like 'The Legend of Zelda' and 'The Legend of Zelda: A Link to the Past'. Each floor of the dungeon has a set of rooms for Isaac to explore, filled with monsters, item chests, tarot cards, shops, and other curiosities. One room on each floor contains a boss, which awards Isaac with items upon defeat and also opens the door to the next level down. 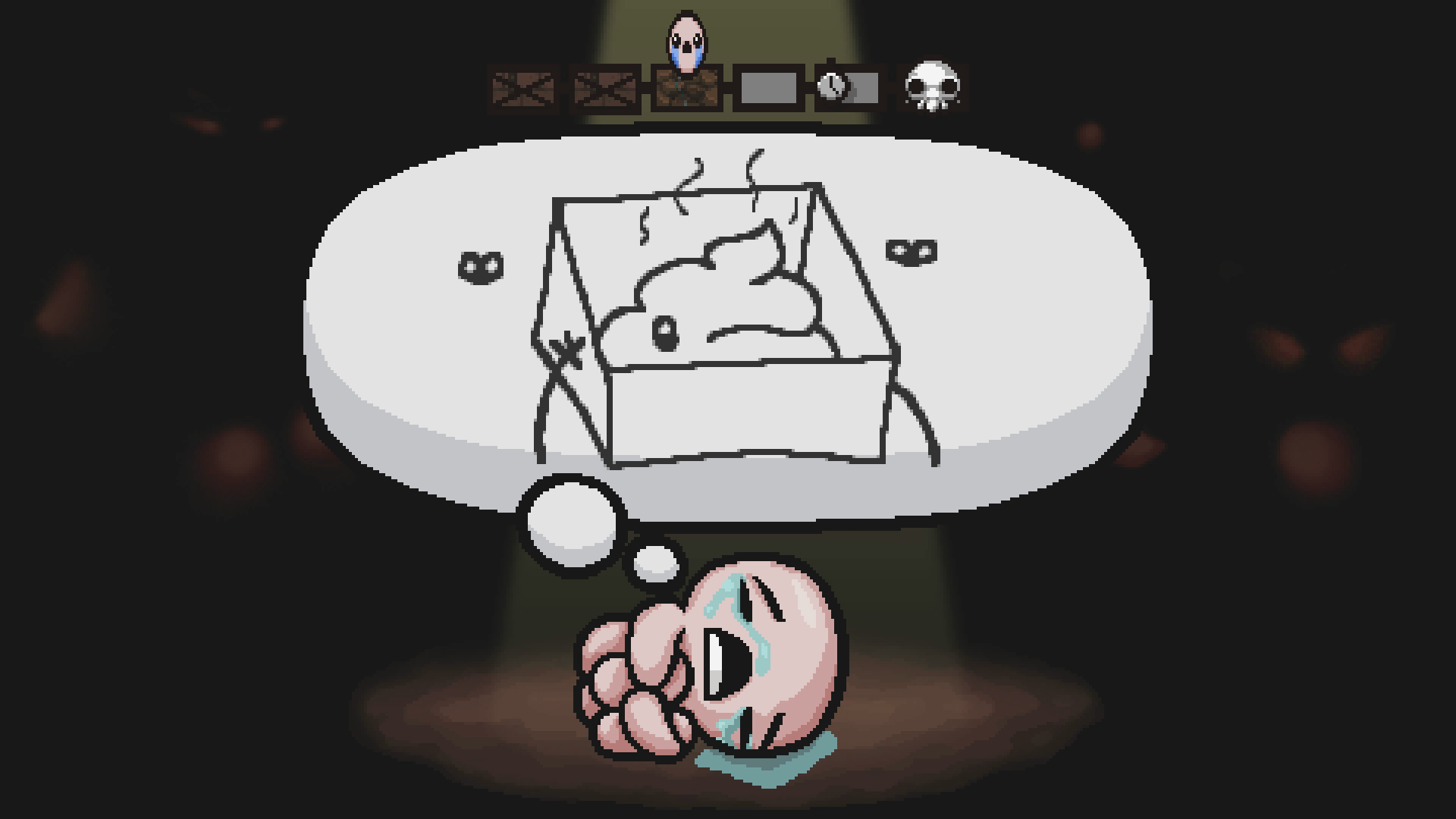 'The Binding of Isaac: Rebirth' is creepy, provocative, and unsettling. It explores many taboo subjects from Christian scripture and mythology as well as childbirth and childhood, often in an ambiguous fashion (except for the brief cutscene in the prologue). Its treatment of Christianity was responsible for Nintendo’s initial aversion to the game (they have since relented, and it’s now available on 3DS and Wii U) and the reaction of certifying bodies like that of Germany, which referred to it as "blasphemous". Between levels, quick scenes are shown of Isaac’s dreams, which usually involve something horrible happening to him. The enemies themselves are disturbing - blood and feces are used as weapons, fetus-like creatures are common (and implied to be Isaac’s miscarried siblings), and enemies emit distorted baby cries. 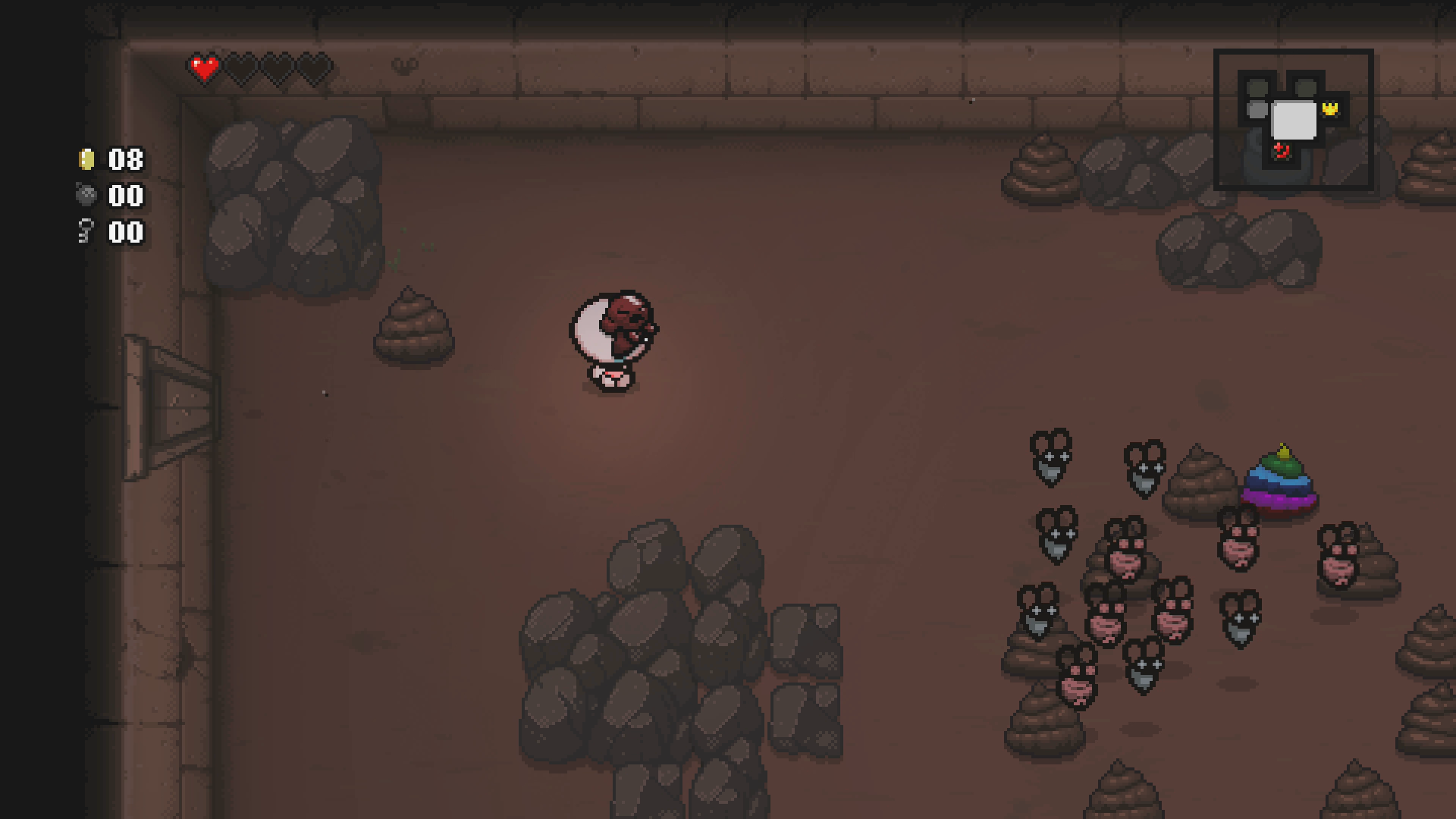 There is a high level of difficulty in accordance with the roguelike genre. Sometimes this can be surpassed with skill, but other times it’s just dumb luck, which can be irritating. Enemies have predictable routines but occasionally do something mildly buggy that comes off as cheap. Many of the mechanics, such as the nature of specific rooms or items, are left unexplained, adding to the game’s push for exploration. 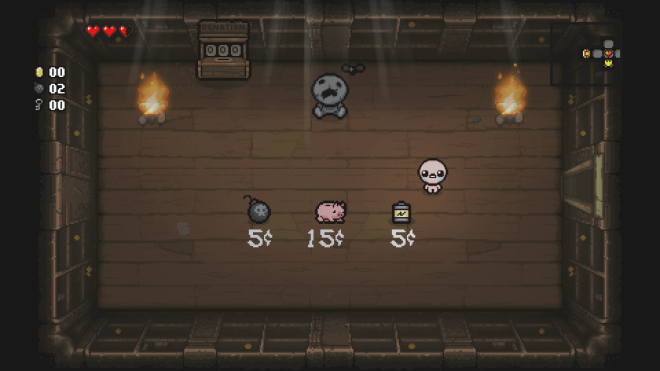 Unlike the original game, which was created with Flash, 'Rebirth' has been remade using the popular Unity engine. In truth this doesn’t change much on the surface, but the new assets help to smooth out some of the edges and provide more color. The art style is dingy and bloody, and the game runs very well on the Xbox One. 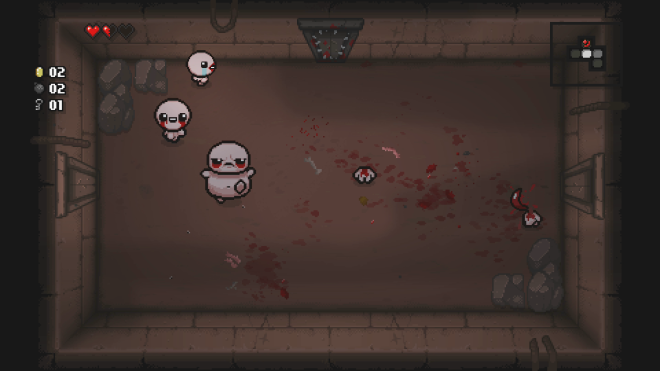 The soundtrack was composed by Ridiculon, a band made up of Matthias Bossi (Sleepytime Gorilla Museum) and Jon Evans (Tori Amos’ bass player). It has a heavy, echoing metal guitar sound, interspersed with eerie synthesizer stretches and epic choral pieces. The sound effects are much simpler and retro in comparison. There is little voice acting beyond cries and screeches.

Being procedurally generated, no two dungeons are the same, and 'Rebirth' has a huge roster of enemies, bosses, and items. Pausing the game reveals the current playthrough’s seed, which can be entered to receive the same dungeon again. The exploration aspect of the game is one of its most appealing qualities, and the main reason why I don’t mind dying (too much). Death is frequent and intended, so don’t be discouraged when it happens. Load up a new seed and swing for the fences.

In addition to the huge pile of content in the main game, 'Rebirth' also features a challenge mode. The challenges are playthroughs with specific variables added for an additional level of difficulty, such as not being able to see the health bar. There are also unlockable items, levels, and characters, like Eve, whose Whore of Babylon form has a high risk/high reward theme. The game becomes more difficult after defeating Mom five times, and for the truly skilled there is a hard mode. Up to four-player local co-op is available, which helps to mitigate the high difficulty. 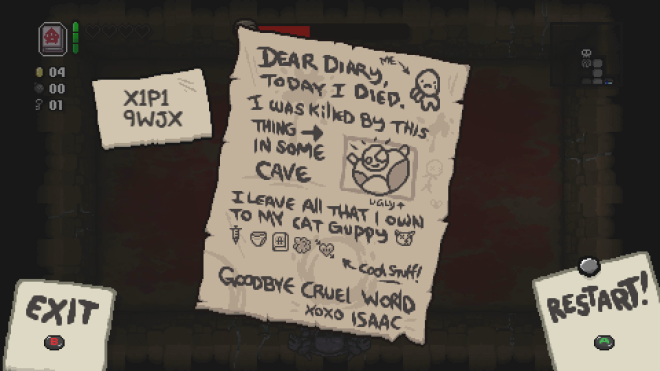 I do so love a good roguelike, and that’s exactly what 'The Binding of Isaac: Rebirth' brings to the table. Lots of scary enemies, treasure chests, unlockable characters, challenges, and plain old-fashioned dungeon crawling await those brave enough to accompany Isaac into the basement.