Back in 2005, 'Legend of Kay' hit the PS2 under the auspice of an action RPG, but in reality, the game was a genre straddler in a breakthrough era.  Now, ten years later, Nordic Games is re-releasing this title as 'Legend of Kay Anniversary' for last and current-gen consoles alike, giving the past title a new chance to shine with tweaked visuals and updated character models.

Remasters keep happening, and that must mean there is an audience for each one, right? To be honest, though? This game really should have stayed lost in the past.

The world was once a peaceful place, with the various animal tribes living by The Way, which is best described as similar to a simple, Buddhist life. However, as time went on the tribes lost the teachings of The Way, and eventually the Gorillas and the Rats began to invade and take over, imprisoning and isolating the tribes. Enter Kay, a cat that is simply dripping with sarcastic, angry 90's 'tude that would make Sonic the Hedgehog proud. When his master's fighting school is shut down, he goes on a quest to take down the Rat and Gorilla oppressors, eventually getting caught up in a much larger plot. 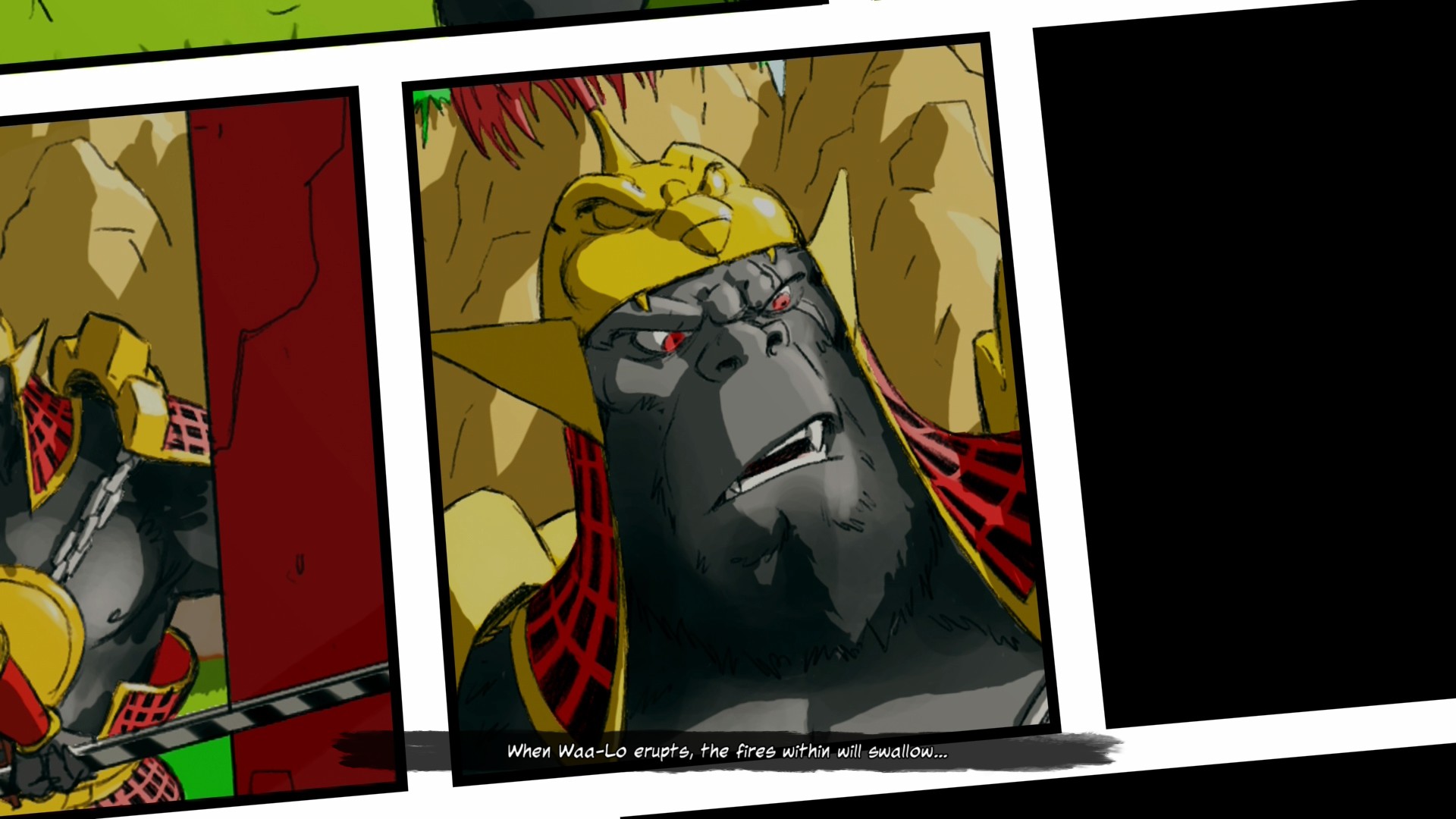 To be frank, Kay is a rather unlikeable main character. He always has something sarcastic and "witty" to say, and comes off as consistently antagonistic. I feel that is what the writers had intended for him, but instead of making Kay a "witty cool anti-hero" he really just comes across as a jerk, which really puts a damper on the majority of the interactions in 'Legend of Kay' itself.

As an action RPG, 'Legend of Kay Anniversary' really relies more on its gameplay than its story or characters to shine… but unfortunately, this is one of the areas that this ten year old title really shows its age. At Kay's disposal are a number of ways to dispatch his enemies. Ways such as normal attacks, magic, jumping, and rolling- all moves that equate to various attacks. 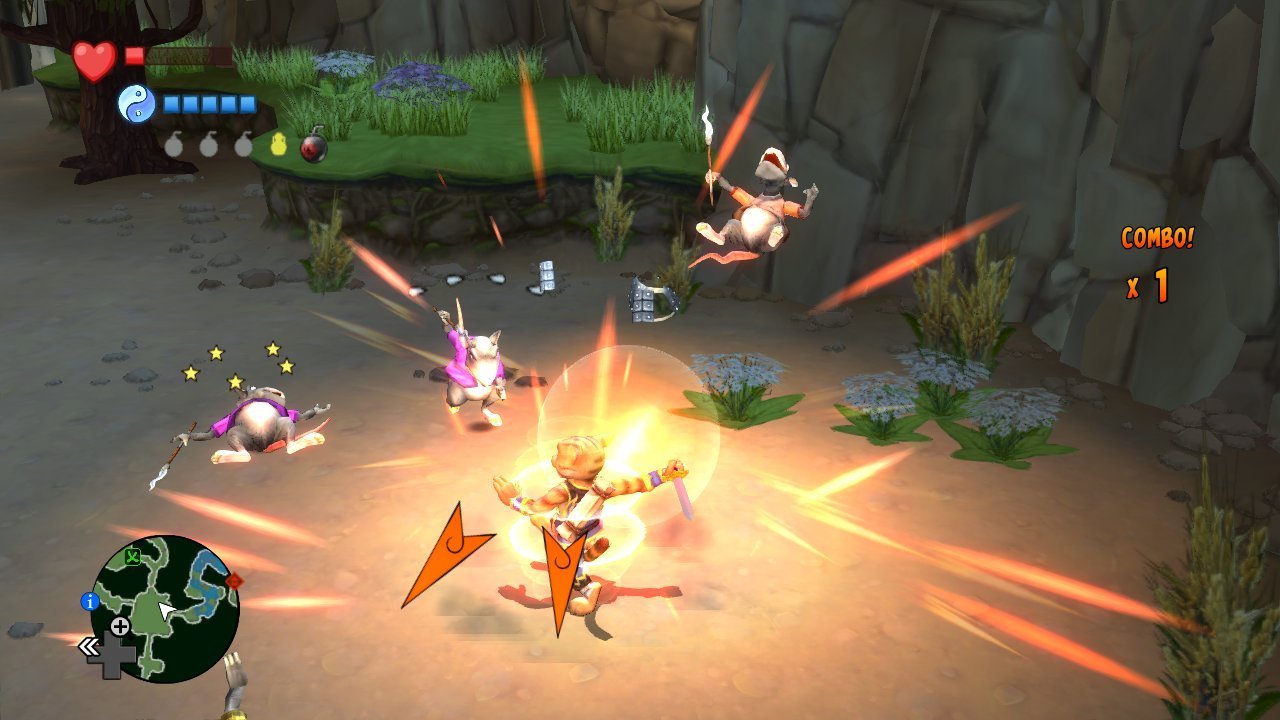 So far so good, but it eventually becomes a bit dull. Enemies follow predictable AI patterns, which means that most battles on Normal difficulty boil down to constantly spamming the attack button until the enemy's guard is broken, completing a combo so they fall over, using a jump attack to hit them on the ground, and repeat until they die. It's a shame that the decent amount of options mostly go to waste. On Hard it's a little less dull, but when the word 'dull' is replaced with 'frustrating' it's not an improvement.

The biggest offender of this title, though, is the camera. The way it sits on Kay, it limits the field of view at all angles, which just hampers gameplay that requires being able to see enemies. The camera can't even zoom out, only zoom in, and turning it tends to be both too slow and too twitchy to be of any use. This leads to a lot of annoying moments where enemies get cheap shots because the camera angle obscures the enemy wind-up.

Overall, while it's important to remember that this is a ten year-old PlayStation 2 game, it's really hard to justify all the issues with 'Legend of Kay'. It's simply not fun to play. 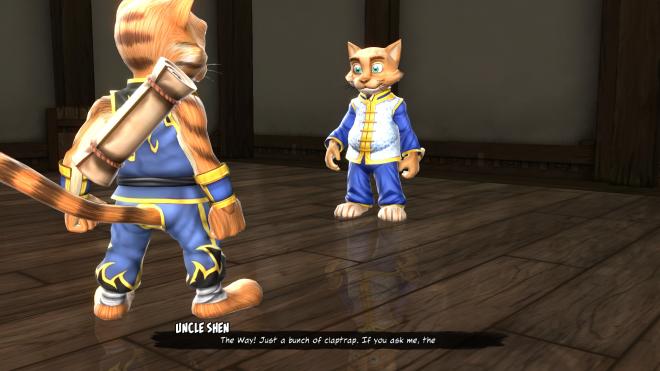 For a title that's supposedly remastered, 'Legend of Kay Anniversary' looks rather subpar. The character models certainly look better than they did in the original release, but honestly beyond that everything else looks rather generic. Additionally, when said character models are given close-ups, they looks weird and stiff, and Kay himself looks like he constantly has a chip on his shoulder, even when he's attempting not to use his overabundance of attitude and be more serious. I will admit the comic book like style used for the most important scenes look pretty neat, but they are so few and far in between that they don't salvage much.

There's even technical issues with the graphics, which whether or not they were in the original PlayStation 2 title, Nordic Games didn't think it would be worth fixing. Characters can clip through the ground slightly during cutscenes on uneven terrain, for distracting example. On one occasion, I had a log simply disappear while it was rolling towards me, resulting in Kay getting squished by an invisible object. These issues may have been in the original release, but they should have been ironed out for 'Anniversary'. 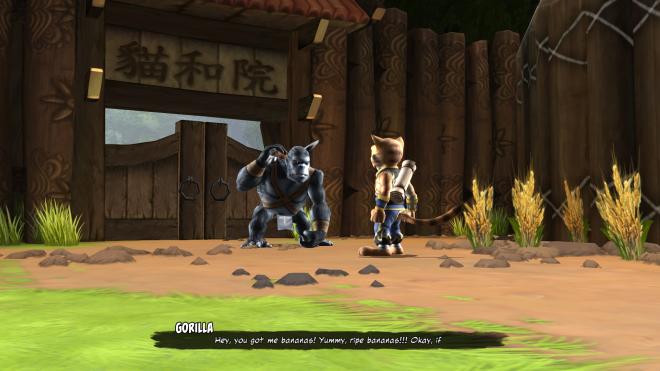 I understand that this was originally a PlayStation 2 title, and expecting Nordic Games to recast the voice acting would be rather ridiculous, but… I simply cannot ignore how horrible the voice acting is in 'Legend of Kay'. Kay sounds like he's a disinterested 15-year-old that's talking into a sock and the various animal "accents" are terribly exaggerated and flat-out poor sounding. This is made even worse by three more facts: One, every single character has a voice; two, there is no way to skip or even advance the text faster; and three, everyone has far too much to say and has little useful information hidden within the multiple lines of dialogue. So, instead of being able to quickly read and ignore the voice acting, players are forced to sit through every single word, and it immediately becomes a pain.

The music itself is serviceable, though nothing special. Certain sound effects tend to be a little on the loud side, but it's nothing too major or noteworthy overall. 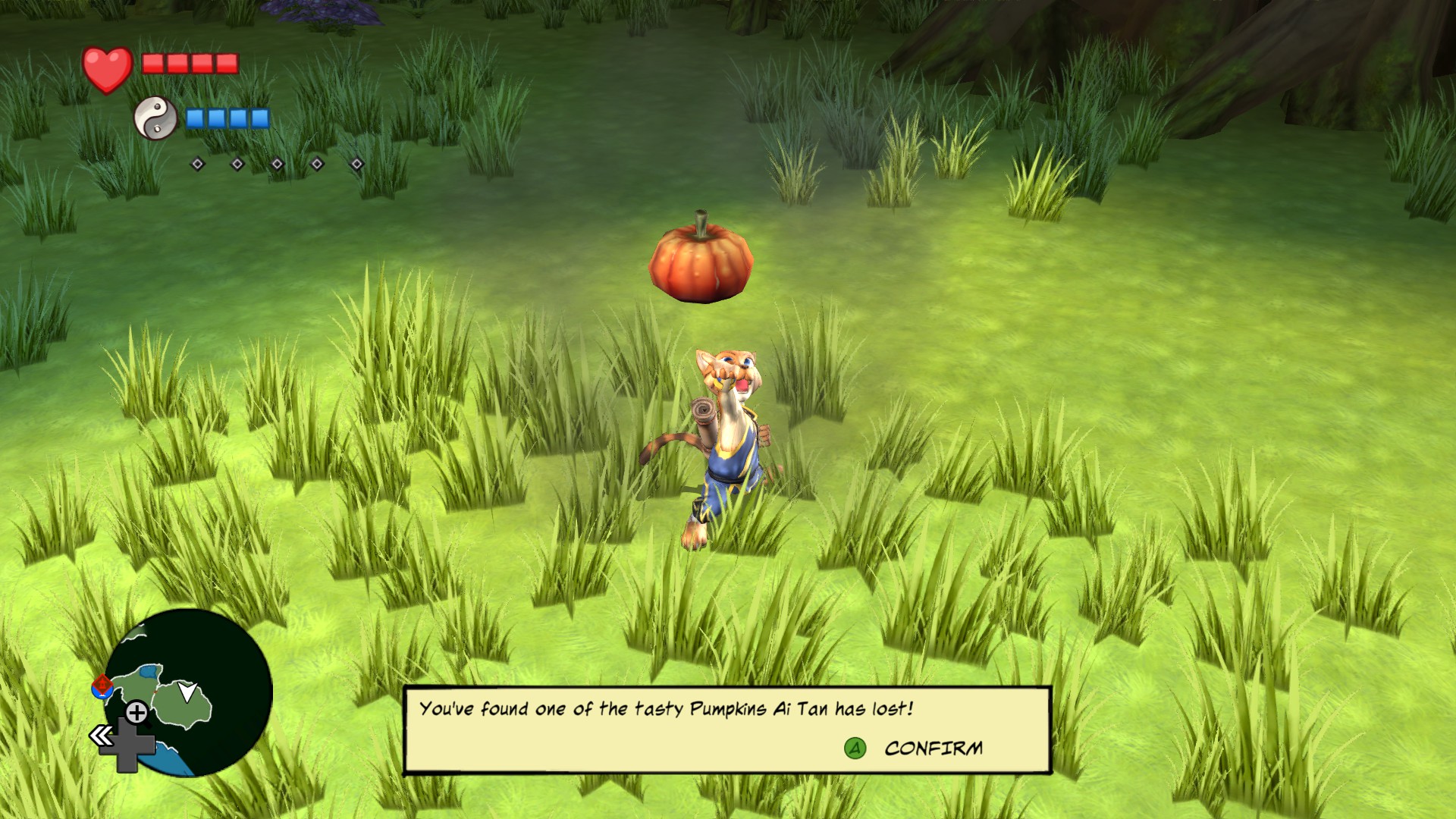 For those that finish 'Legend of Kays's' campaign, there is a fair bit of extra goodies to collect. Most of these items depend on the score players get at the end of each chapter. Once players certain score thresholds, they unlock art pieces, models, and even upgrades that can be used in game. There are also different difficulties to work through, and achievements to unlock. 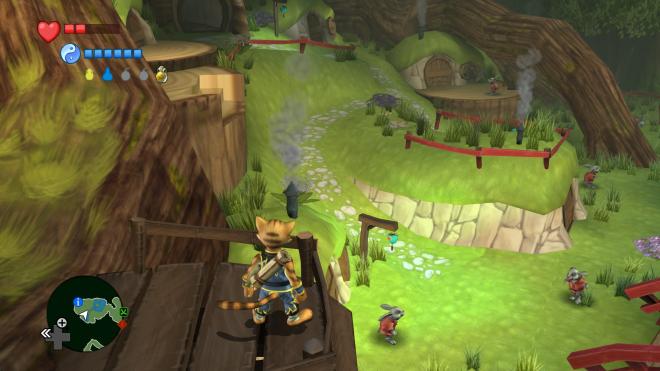 There is no additional content to speak of in 'Legend of Kay Anniversary' that wasn't in the original release. All that was really done is the graphical upgrade, which doesn't really feel like much, and the claim of 'crystal clear surround sound', which, given the game's soundscape in the first place, may not be seen as the best aspect to focus on for the remaster. 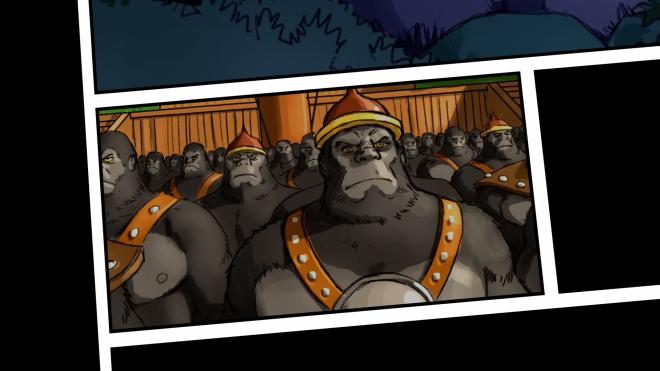 As a reviewer, I've played my share of bad video games, but honestly, few had managed to infuriate me in the ways 'Legend of Kay Anniversary' did right from the get-go. There is so much wrong with this package, from the severely outdated gameplay to the poor "remastering" job to the grating voice acting, that I truly wonder why Nordic Games decided to even give this title the time of day in the first place.

The cold hard truth is, in these last ten years, Action RPGs and games in general have evolved and changed in a lot of ways. While 'Legend of Kay' may have been a decent game back in 2005, it has aged incredibly poorly, and even hardcore fans are unlikely to want to suffer through the combat and fight against a terrible camera. Don't bother with this title.