The Game Itself
1.5 Stars
The Video: Sizing Up the Picture
4 Stars
The Audio: Rating the Sound
4 Stars
Replay Factor
0.5 Stars
Bottom Line
Skip It

Digital PS3 version reviewed. The PS3 and the Vita versions are substantially the same.

It's a dangerous path trying to unravel the lore of the 'BlazBlue' universe. Trying to understand what precisely is going on just within the main titles is hard enough, but add in the side stories, and anyone interested in the universe's lore is going to have quite the time on their hands. One of these BlazBlue spin-offs is the 'XBlaze' series, which are prequels of sorts to 'BlazBlue' itself. 'Xblaze Lost: Memories' is the second (and reported to be final) title of this sub-series, and a direct sequel to 'XBlaze Code: Embyro'.

In 'XBlaze Lost: Memories', the main character (who has no official name, but pink-haired mage is a good descriptor) stumbles into the Phantom Field while looking for her younger sister. In spite of having the powers of a mage, the pink-haired main character is lacking in the area of memories. Beset by amnesia, the no-name lead/pink-haired mage runs across the awkwardly named 'Nobody,' who offers to aid the sisterly quest.

This quest requires that the two characters make a journey that spans their current eerie dimension. Not only does the pink-haired mage need to do some walking around, but she also needs to pick up some mysterious shards that are scattered about, These shards contain memories, but in a convoluted turn, these memories belong to 'Es,' the lead female character of 'Code: Embryo.' In effect, these memories recount the entire first game. It's not a strict re-play, rather, the player gets to be part of an audience. 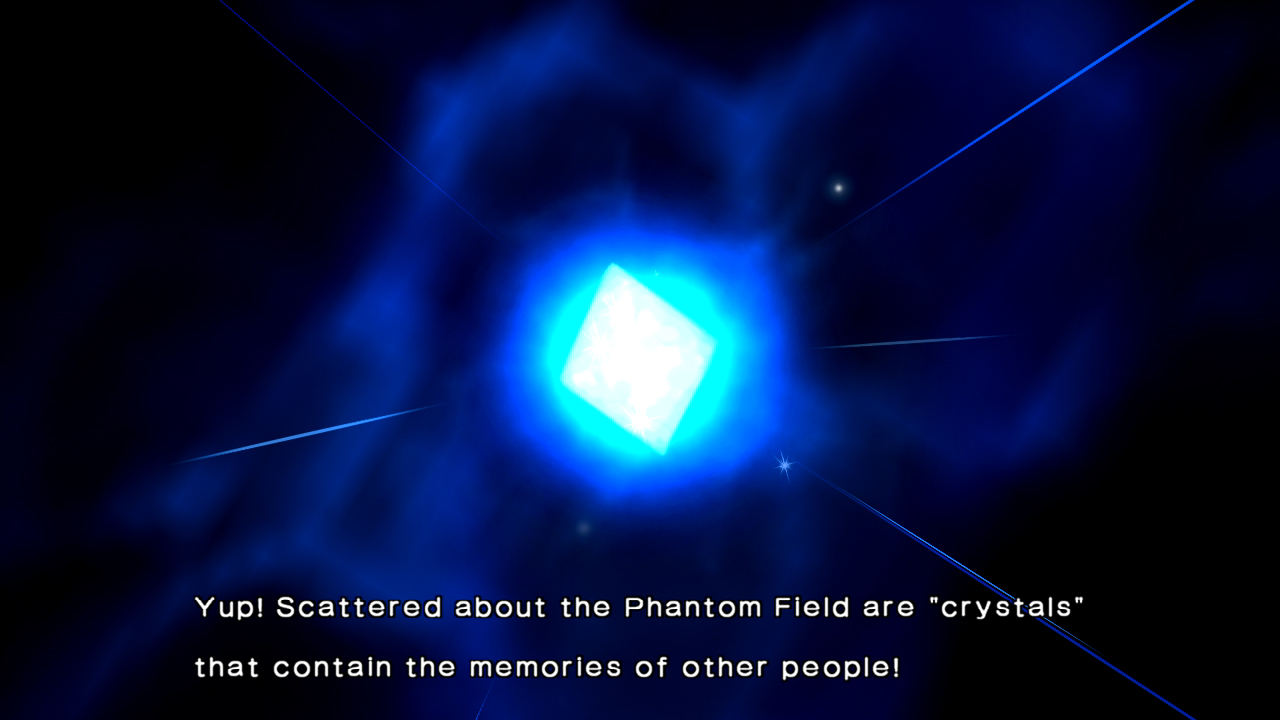 In all honesty, the way the first half of the tale is told is nothing short of odd. It’s almost like some sort of bizarre version of Mystery Science Theater, wherein we’re watching the first game's events through a filter of sorts, while the pink-haired mage and Nobody comment on the happenings, with their own feelings and opinions. It almost feels as if Nobody and the pink-haired mage don't even belong in the game, and serve simply as a reason to replay events from the first game while trying not to act overly redundant.

Presenting a fresh perspective on the first game is something 'XBlaze Lost: Memories' really fails at. Since the game spends a little over half of its time regurgitating the first game's story (which, frankly, wasn't particularly mind-blowing in the first place), it can really drag on for those who have already played 'Code: Embryo'. Worse yet, new players that have not played 'Code: Embryo' are in for a confusing time. Es' memories come off as a bit disjointed, and the memories themselves are heavily summarized; after all, it wasn't her point of view that the first game took place in, so players will be missing important information and characters will be either glossed over or given mere minutes of screen time. There are Side Memories to collect, which can help as they detail the first game's events through other characters' eyes. These Side Memories also create an even biggesr mess as these are even more disjointed than Es', and the effort of trying to piece everything together is greater than the worth.

While the new points of view might have made the retelling interesting, the characters from 'Code: Embryo' were already mostly cardboard tropes in the first place, and these new character revelations aren't particularly surprising or hard to puzzle out on one's own. By the time that title reaches the second half and some new content, 'Lost: Memories' felt like it should have already ended. What makes matters worse is that the new story is not particularly interesting, and the story runs the course of a typical plot of its ilk, including the predictable solution.

'Lost: Memories' is mainly a visual novel, so the majority of the game is spent with the player watching the events unfold passively. There are, however, a few gameplay elements that help break up the text. During the first half, the main character and Nobody traverse the floors of the Phantom field, collecting the Memories Shards needed to reach the next level. These bits are little more than walking around a map while looking for items to collect. There are no enemies to fight, or puzzles to solve. During the second half, the game switches to having the player make choices at specific intervals. Make the wrong choice (which can happen quite often as usually the choices seem equally viable), and players get kicked to a throwaway scene and a Game Over. Neither of these elements add to the game, and come off as filler for an already redundant title. 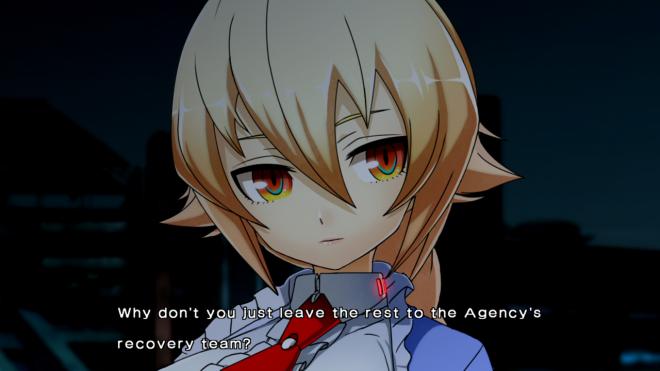 On the bright side, 'Lost: Memories' looks quite good. Instead of using the usual visual novel style of static portraits against a static background, the visuals are more dynamic. Characters move around a bit, and the game tries to show the action that's going on, instead of just describing it. This style is appreciated; it's not fully animated, but it feels as though the developers put more effort into the graphics than most games of the genre are given.

When traversing the halls of the Phantom Field, though, the art style changes to an odd pixel style. It's ugly, and the shifts between the two styles are jarring. It’s not as though all pixel art styles are bad, but Aksys' effort for this title come across as lacking, and as if they were slapped together during the last moments of development. 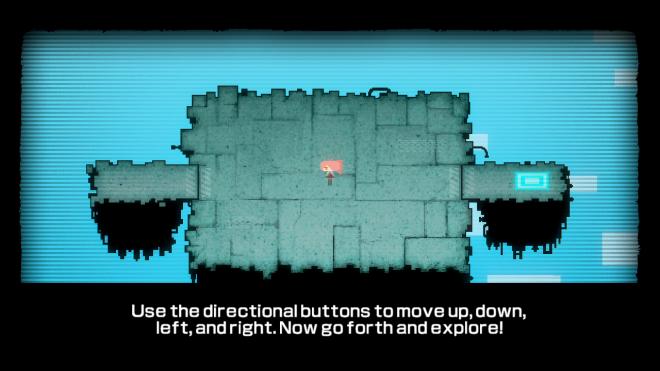 Much like any of the games of the 'BlazBlue' universe, 'Lost: Memories' has a great soundtrack. The tracks that play during tense times in the title are the best of the bunch, with all the rocking energy that the main BlazBlue titles are known for. As for voice acting, only Japanese voice overs are available, but those are pleasant enough. It's likely that Aksys was under a tight budget for this game, and an English track didn't fit the bill. 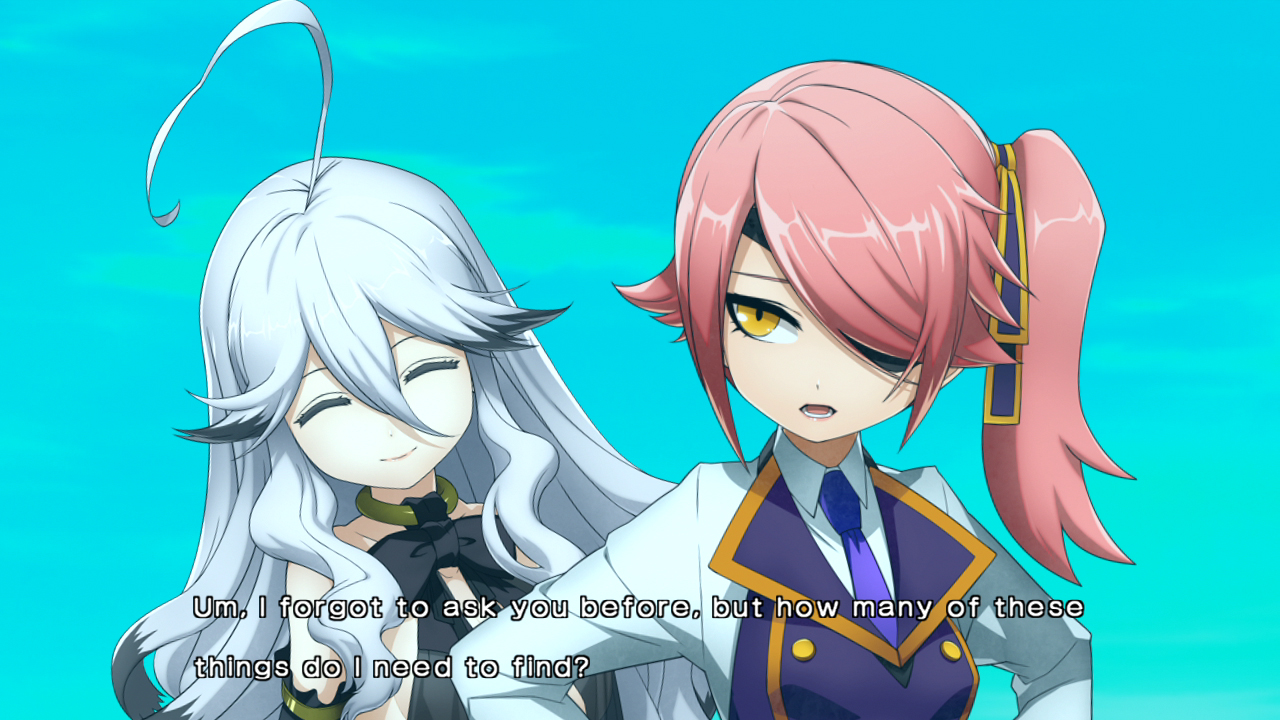 'Lost: Memories' is a visual novel, which is a genre that either has a ton of extra content (in terms of different character paths and endings), or next to none. This title falls on the latter side, with only one ending to get and no real bad endings to unlock. The only thing that might be needed after beating the game is to go back and perhaps retrieve some missed shards or masks (which offer tips). Even that is a bit of a stretch though, as it's hard to really miss these. I got a Platinum trophy at the end of my first playthrough, and because of that, I have absolutely no reason to return to the game. I imagine it will be the same for most players. 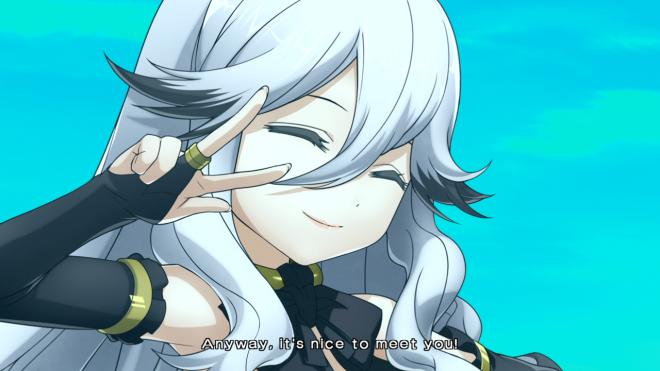 'XBlaze: Lost Memories' has the making of a good game. The production values for the audio and video are quite good, and those that have played 'Code: Embryo' will probably want to see what happens next. Unfortunately, the game fails on a major part of its storytelling. Essentially 'Lost: Memories' is going to end up boring and frustrating those who played the first game, but even those who jump in without playing 'Code: Embryo' are going to find the disjointed retelling a challenge to follow. Ultimately, as a visual novel and a sequel to a prequel, 'Lost: Memories' fails to carry an intriguing narrative.