The Game Itself
2.5 Stars
The Video: Sizing Up the Picture
3 Stars
The Audio: Rating the Sound
5 Stars
Replay Factor
2 Stars
Bottom Line
Worth a Look

The Legend of Legacy

It's been a while since the West has seen a localized SaGa title. The series never really had a solid following outside of Japan, and there are a number of reasons as to why that's the case. For one, the first set of games released under the name 'Final Fantasy Legend', making it hard to recognize the actual SaGa brand (though probably raising sales a bit by using the popular franchise name). On top of that, SaGa games are known for incredibly odd and usually obtuse gameplay mechanics, making them relatively difficult for new players to get into. For these and other reasons, the SaGa series has seen spotty localization efforts at best, leaving fans yearning for more.

Thankfully for those fans, they'll soon have another SaGa game to play on their hands. Created by mostly the same team that made the first SaGa titles, with the same unusual gameplay mechanics and a tough difficulty curve, 'The Legend of Legacy' is a new SaGa game in all but name.

The beginning of 'The Legend of Legacy' changes up a bit depending on the character the player chooses at the beginning. Regardless, the chosen character ends up at a mysterious island. This land has barely been explored, with humans only making a tiny foothold of a town, run by the King of Adventurers. It's there that this legend begins, as the seven party members begin to uncover the land's secrets. 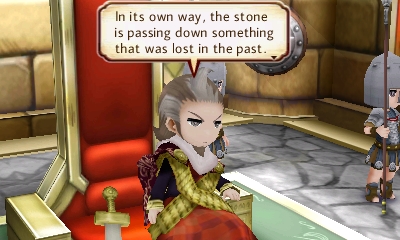 Honestly, though, there is so little narrative in 'The Legend of Legacy' that players will not get much beyond that. Sure, little snippets of the chosen main character's backstory and bits about the island's past are eventually revealed, but within a game that’s the full length of an RPG, the occasional flavor text about the dungeons to be explored and short quips about character motivations may not be enough for players to stick through to the end.

And 'stick through it' players must, as 'The Legend of Legacy' is quite difficult. This is shown right at the beginning of the game, with the inability to save until players work through some of the first area, running the risk of dying and having to restart the entire game for at least an hour. There is a very real risk of death too, as improper play will result in party members dying quickly. 'The Legend of Legacy' pretty much starts with a trial by fire, as players that don't learn most of the nuances and mechanics of battle by the time they run across the first boss (which will happen before being able to save) will be in for an infuriating time. 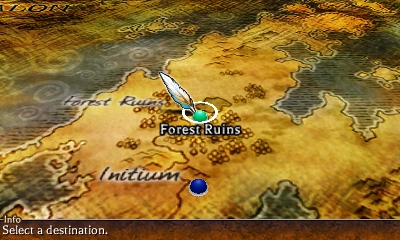 There's little doubt that this 3DS RPG leans more towards old-school tendencies, and that's understandably going to scare some gamers away, while attracting others. 'The Legend of Legacy' does not pull any punches, and the difficulty does not lighten up at any point. There are a few modern concessions made after the tutorial though, like the Quick Save players can use at any time, and the ability to always be able to run away from a battle… although it sends the party back to the beginning of the dungeon.

The game's learning and difficulty curves are both accentuated by the battle mechanics, which may have as well have been lifted out of a classic SaGa title. Characters do not gain levels in the traditional matter—instead they earn stat increases by performing certain actions such as attacking, and learn new weapon skills by repeatedly using the weapon of choice. Some party members can be more proficient in certain weapons and elements than others, but it's ultimately a small difference, and any party member can eventually be melded into any role. 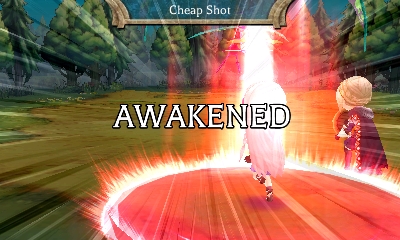 There is a bit of a flaw in this leveling up mechanic. This may not be the case, but learning new skills and gaining stats feels incredibly random. Whatever numbers or equations 'The Legend of Legacy' uses to determine when a new skill is learned are completely hidden from the player, so it's difficult to tell when a character will learn something. I've had many occasions where I may be trying to learn a new magic spell, and not learn anything for hours, only to learn two spells and three sword abilities on the same character in the same boss battle. It makes character progression feel extremely wonky, and the feeling of a lack of character progression combined with a bare-bones narrative can make many players feel as though they are making no progress at all.

Most of this will be business as usual for the average SaGa fan. While the plot may still come as a bit of a disappointment, the general gameplay is extremely similar to the unusual RPG series. Of course, since SaGa is largely known as a series filled with offbeat design decisions, it will come as little surprise that 'The Legend of Legacy' doesn't stray from this heritage.

The graphical quality of 'The Legend of Legacy' is a, for the most part, good. The game uses a touch of pop-up book style for the background and dungeons while exploring, looking neat while making up for the 3DS's low processing power. Character models look good, and are relatively detailed for the chibi like style.

Where 'The Legend of Legacy' trips up, though, is during the battles. For starters, most enemies are a bit bland and boring to look at—which is a problem, considering since other than the bosses, players will be seeing them often. Additionally, the game suffers some bad slowdown against larger enemy mobs, which is simply a shame. There is also evidence of slowdown while using skills if there are enough enemies around.

If there is one thing that is absolutely standout about 'The Legend of Legacy', it is the soundtrack. Every track is simply wonderful, and if there's any reason to give the game a try, this is it. The battle themes, the dungeon tracks, and even the town themes are all wonderful. You'd be doing yourself a disservice playing 'The Legend of Legacy' without headphones on. 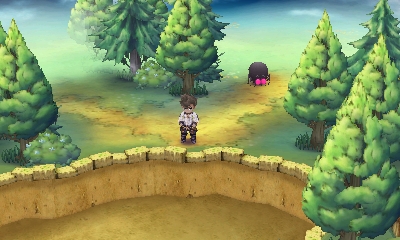 With a game like 'The Legend of Legacy', with seven different playable characters, all with their own storylines, it would seem as though this would be the type of game that's got tons of additional content to work through. Unfortunately, that's simply not the case. The lack of plot in this 3DS title extends to the various characters as well, to the point that very little changes from playthrough to playthrough, no matter which character is chosen. Players will indeed learn a bit of new information about whichever lead character they pick, but the story bits themselves are so small and sparsely placed that it's certainly not worth the effort of painstakingly working through the game six more times. Other than that, there is little left to do other than filling out the maps and encyclopedia.

A game like 'The Legend of Legacy' is, in the end, quite difficult to review. This sort of gameplay is only going to appeal to a specific type of gamer, a special subset of JRPG fans. Those unfamiliar with the series may become frustrated by the random nature of learning skills and tough difficulty, finding little reward in their efforts. Even SaGa fans may come away disappointed, as the lack of any real narrative and world-building that the SaGa games are typically known for is unfortunately missing, as well.

Perhaps it's best to describe it as the poor man's SaGa—the base of what makes the SaGa games what they are is there, but some important bits are missing to make 'The Legend of Legacy' truly great. My best advice is that, if you're interested, give the demo a download and play it to completion; it gives a wonderful overview of what this game is all about, and from there you can make a decision as to whether or not 'The Legend of Legacy' is for you.