The Game Itself
3 Stars
The Video: Sizing Up the Picture
3 Stars
The Audio: Rating the Sound
4 Stars
Replay Factor
3 Stars
Bottom Line
For Fans Only

Digital PS3 version reviewed. Online matchmaking was not tested for this review.

Fighting games have been back in style these last few years, but this particular year seems a bit dry for the genre as the community prepares for 'Street Fighter V'. Thankfully for fans that want a new experience this year, Sega has localized the 2D fighter 'Dengeki Bunko: Fighting Climax'. This anime crossover offers a bit of a different gameplay approach than most titles of its genre, trying to make a splash in a combo-laden world of fighting games.

'Dengeki Bunko: Fighting Climax' gives players little introduction before throwing them into the fray. A goddess has transported a bunch of characters from different universes to fight an evil entity that is attempting to devour everything. Those looking for any kind of story should not be looking here for a satisfying plot. Instead, it's just an excuse to place popular characters from a variety of anime series to be in the same game together. Anime fans will recognize some of these series, including 'The Irregular At Magic High School', 'Sword Art Online', and 'Durarara!'. Those that are unfamiliar with these series, though, probably won't get too much enjoyment out of 'Dengeki Bunko's' cast. 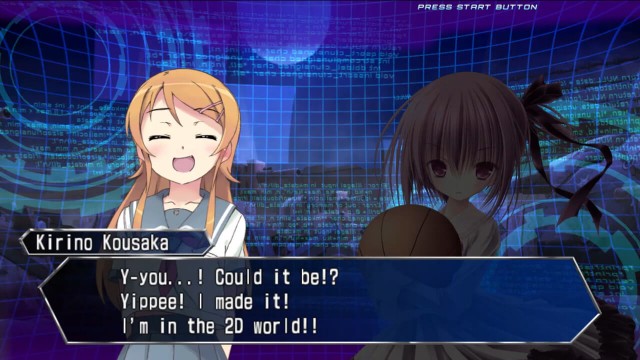 The fighting mechanics are actually a bit different from most games of the genre, though. Instead of relying on high combos counts and precise button inputs, 'Dengeki Bunko' instead relies on simple button presses and a bit of resource management. Simply repeatedly tapping one of the four attack buttons, or pressing just a direction and a button 'Super Smash Brothers' style will unleash most basic combos for characters. On top of that, though, there are assist characters, which will rush in and do an extra attack, the attacks depending on the direction pressed and the character themselves.

Additionally, fighters can unleash a certain type of special attack, called a Trump Card, with a press of the button. After this, the character gets a nice attack and defense boost for a short amount of time. However, these Trump Cards are very limited—players can only do this twice a match (not a round), so between this, the typical rising special attack gauges of fighting games, assist characters, and more, there's a lot to keep track of at any given time. 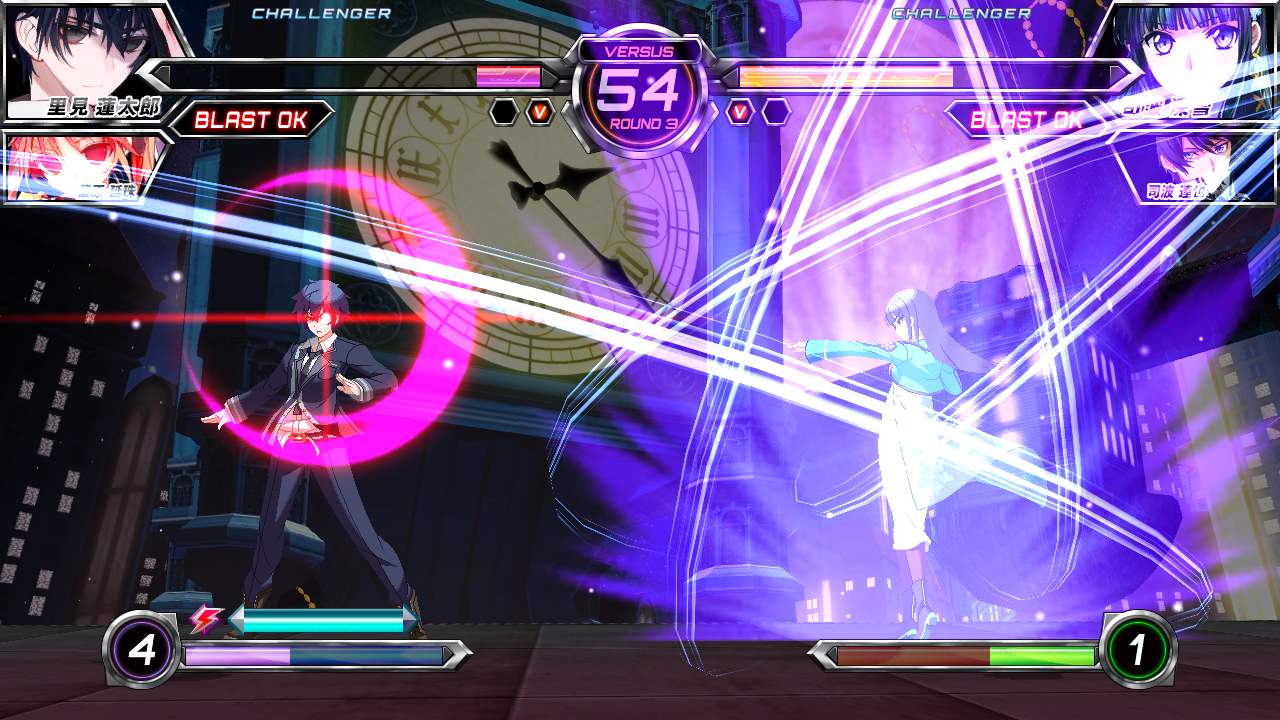 The real question though is, is all the trouble of learning these special mechanics, which can be difficult to grasp, worth it? The answer is not really simple. Being a crossover title, 'Dengeki Bunko' has trouble appealing to anyone other than those that are fans of the majority of the anime series represented here… which makes the game's localization downright baffling, since the most of these shows have not seen an English release. It also makes the game itself hard to recommend to most gamers; since only a small pool of people are going to be invested enough in 'Dengeki Bunko' to buy the title in the first place, the online community is going to stagnate quickly. The only way this title could rise above that is with some seriously unique and satisfying gameplay… and while it's not bad, ultimately 'Dengeki Bunko' falls short. 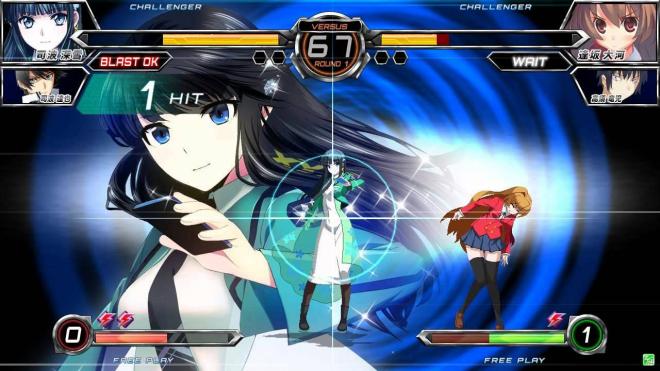 Outside battles, though, the art style is bland and wildly inconsistent. Most characters are drawn in a similar manner as their originating shows, and in general causes a graphical clash when the portraits are placed side by side. Additionally, the portraits themselves are animated very oddly, and really look off. It's so unusual that it's difficult to describe, and the game really makes character movement look more like it's distorting still shots to create the illusion of animation, other than actual animation itself. 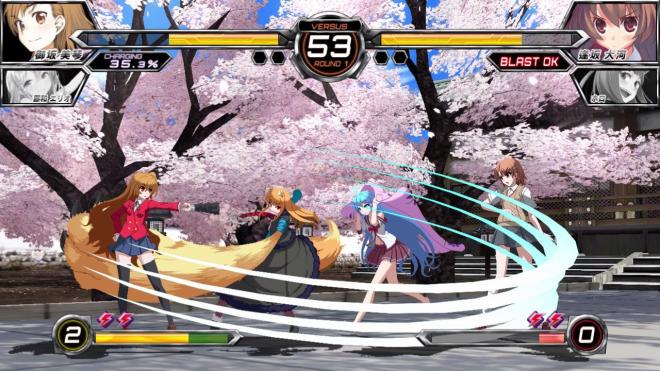 Unlike the graphical quality, the audio of 'Dengeki Bunko' is solid. The music tracks that play are good and inoffensive to the ears, as well as in battle sound effects. The voice acting, while only in Japanese, also appears to be of good quality. While nothing in particular really stands out about the soundtrack as a whole, the package does err more on the side of good than bad. 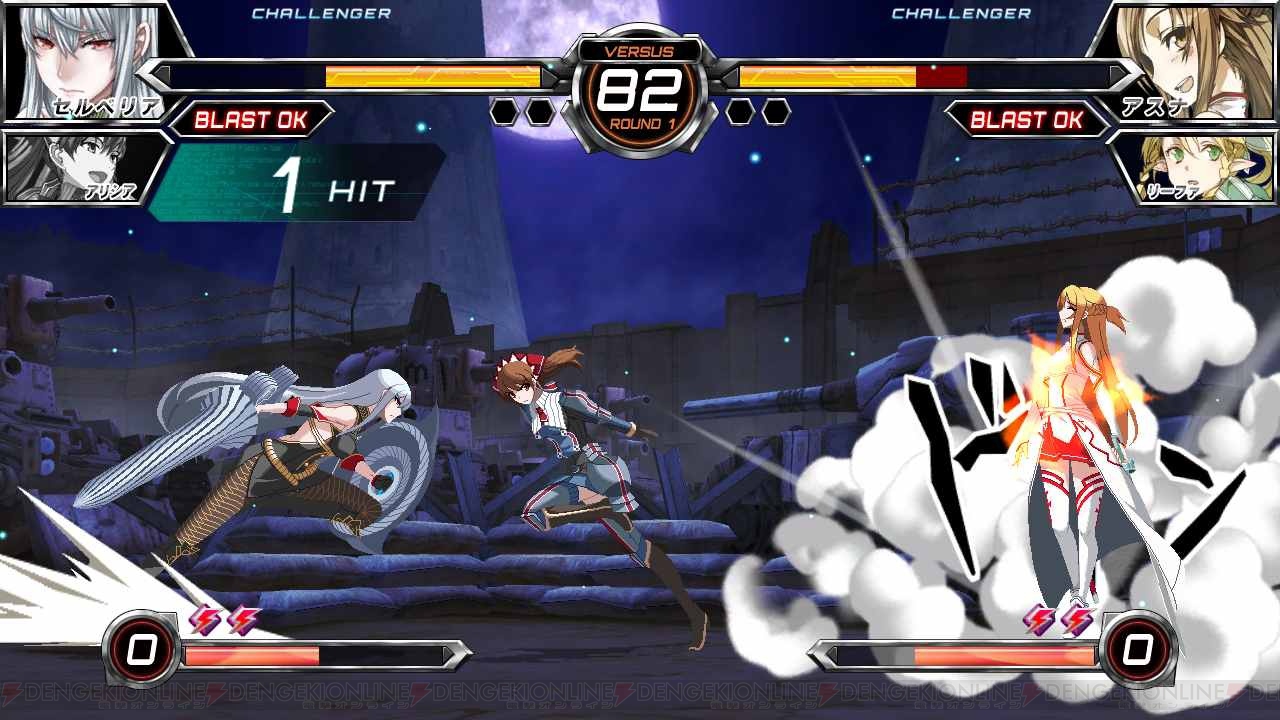 Past the original Arcade Mode, there's a bit more to do in 'Dengeki Bunko'. There's the Western-exclusive Dream Mode, which pits your chosen fighter in additional characters not fought in the typical Arcade Mode playthrough, giving players a little extra single-player time with them. There's also online play, and there are some hopes for the netcode. Other than these two modes and some typical unlockable Gallery items, though, there's not much else for players to do, which might leave some wanting more. 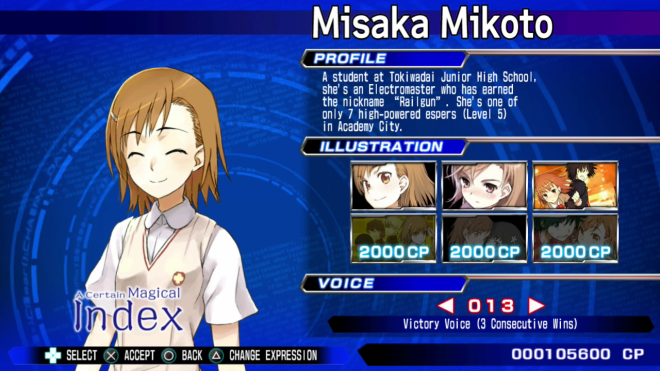 'Dengeki Bunko: Fighting Climax' isn't a bad game. It has some nice twists on the classic fighting game formula, and is overall a solid off beat fighter. However, in the middle in what is essentially a genre renaissance that has quite a few major titles to look forward to, "solid" isn't a good enough of a recommendation for the average game for a pick-up. Fighting genre fans will find some enjoyment out of this title while they wait for the big name series' to release next year, but everyone else will be better off waiting.