Steam PC version reviewed. We recommend playing with the lights out and a headset on.

'SOMA' was developed by Swedish company Frictional Games, whose previous work includes the 'Penumbra' series and the terrifying 'Amnesia: The Dark Descent', all of which are survival horror. Unlike more mainstream adventure games that are advertised as survival horror, Frictional games are actually really scary.

'SOMA' is less about gameplay than it is about exploration and narrative. There isn’t any combat, except for the non-consensual kind. There’s no inventory to manage, no button presses to nail, very little platforming except for the occasional jump through a broken window. Instead, I spent much of my time just looking around the abandoned levels, piecing together mysteries at my own pace and sometimes avoiding terrible creatures. The world of 'SOMA' is rich and full of little snippets of background, just waiting to be discovered by curious players. 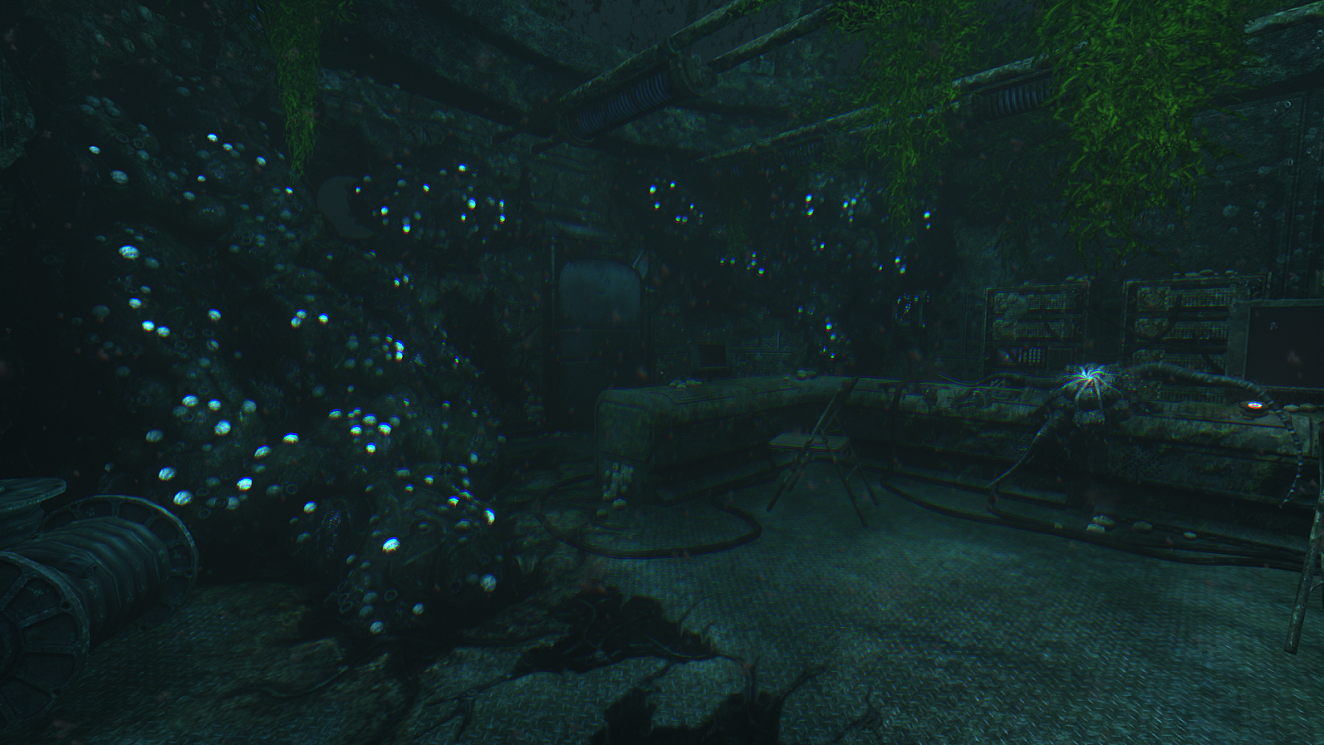 The game’s hero is Simon Jarrett, a regular dude living in the present who is involved in a car accident and suffers brain damage. The game starts in his apartment as he is preparing to meet Dr. Munshi, a specialist in brain function who has pioneered a new method of therapy for patients like Simon. The first step in this process is a scan, a procedure that should be simple and painless but ends up with Simon somehow being transported a hundred years in the future to a dilapidated geothermal power plant at the bottom of the Atlantic Ocean. Completely out of his element and with no familiarity with the facility, Simon breaks out of the room he woke up in and makes his way around the leaking, labyrinthine halls. 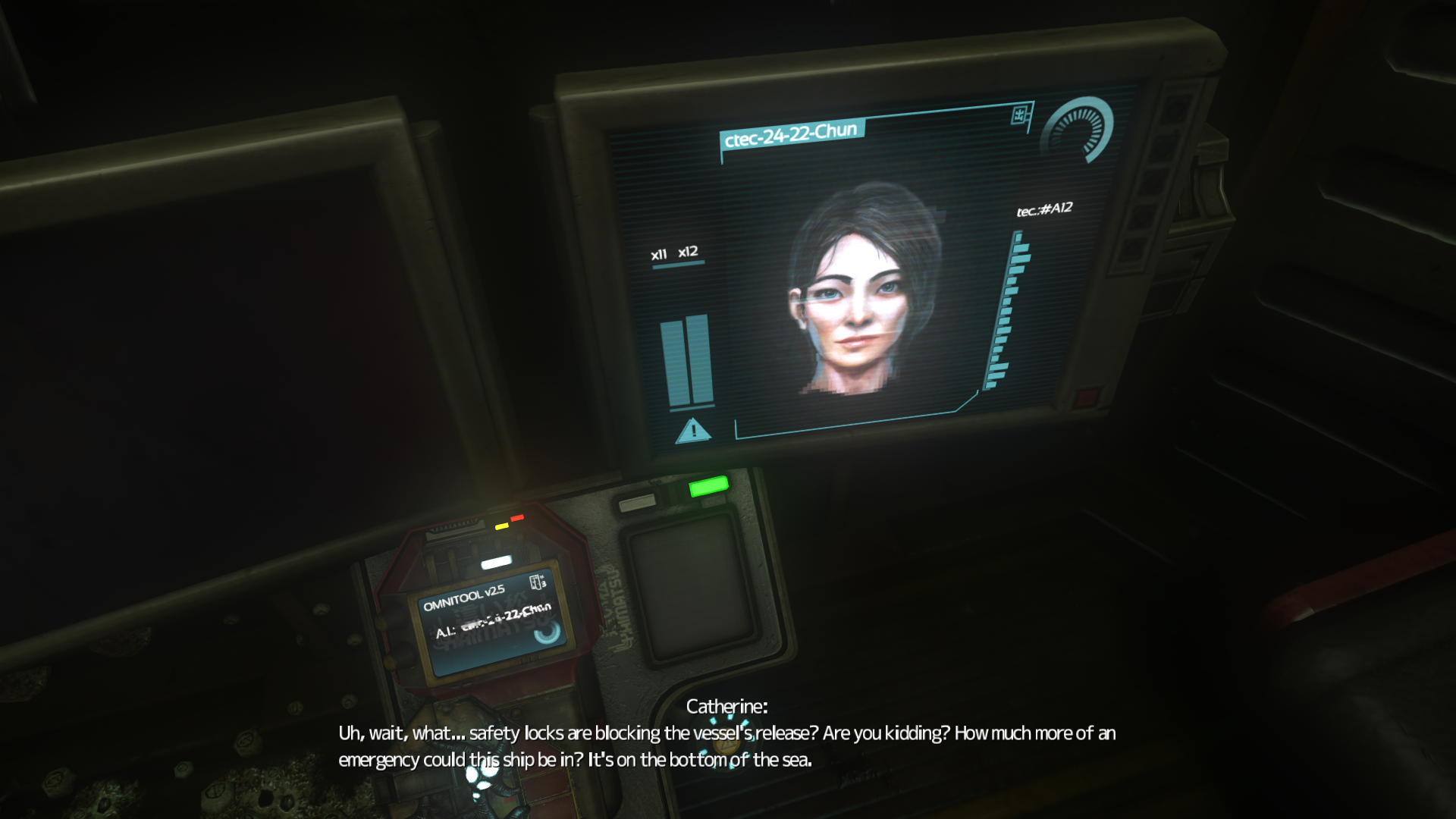 There’s not much else I can say about the story without ruining it, especially as it’s such an important part of the experience. Suffice it to say that the plot is excellent. There are a lot of themes borrowed from other works, and some of it is going to be familiar, but it’s tightly written and thought-provoking. Exposition comes at a good pace, and the plot twists are interesting without being pretentious or melodramatic. There are very few characters - much of the dialogue is limited to static memories and recordings. Simon has one friend through much of the game that he speaks to frequently, and other characters are few and far between.

Simon has no weapons and can’t fight back against the hostile denizens of the power plant. These denizens, like the other characters, are also rare, but their presence is petrifying. Simon’s only defenses are hiding and running, and running isn’t particularly effective because the creatures tend to have a very good sense of hearing. Each of them has a gimmick of some kind that I could exploit. The first creature, a dead-looking humanoid with metal and lights grafted onto his head, would usually ignore me if I stayed at a distance and didn’t look at him. Like the witches in 'Left 4 Dead', they are very self-conscious and become hostile when you stare at them for too long. Trying to outmaneuver a self-conscious, scary monster in the dark while crouched and staring into the corner, 'Blair Witch' style, is nerve-wracking. The developers at Frictional are experts at bringing the fear out of gamers - just watch any stream with one of their titles and it won’t be long before you hear nervous laughter followed by shrieks of terror. 'SOMA' isn't quite as scary as 'Amnesia', but that would be a difficult feat for any game to accomplish.

These aren’t jump scares or other, overused clichés of the horror genre. This is carefully crafted psychological horror. The creatures are used sparingly enough that their presence doesn’t become commonplace, but the environments are so ominous that I always felt like a creeper was breathing down my neck, just waiting for the right moment to strike. Sometimes the creatures almost seem too powerful, and there’s no real way to get around them and find the objectives. Thankfully, getting hit once only knocks you out, and healing can be accomplished at brain-like fixtures scattered around the levels. 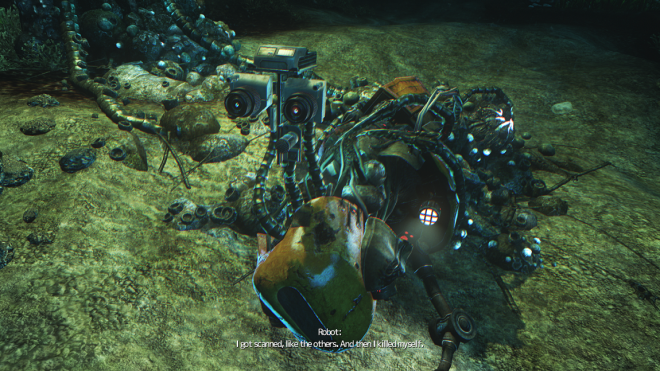 'SOMA' is the inaugural game to be built on the third version of Frictional’s proprietary HPL Engine. The engine allows for a very high degree of environmental manipulation by the player. It also has nice lighting and physics, allowing for a realistic portrayal of the power plant’s deep sea areas (the game mechanics take some liberty with science - I think liquid pressure would crush anyone in a simple diving suit at that depth). The textures look excellent, particularly the biomechanical tendrils and tissue that extrudes from seemingly every corner of the facility. 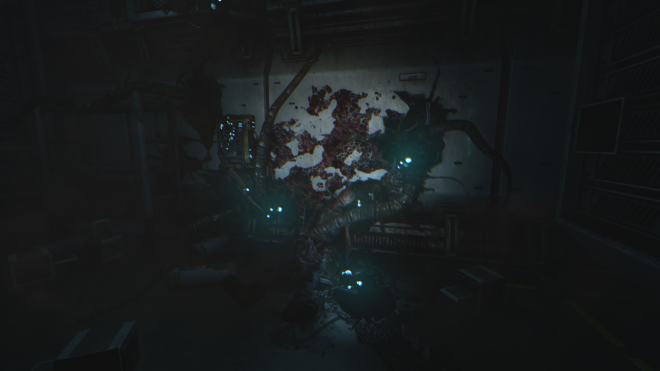 Horror games are similar to rhythm games in the regard that much of their effectiveness is tied to audio. 'SOMA' uses this very effectively. Even when I wasn’t in any danger, the creaks and groans of the slowly disintegrating power plant kept me on my toes, constantly flinching and spinning around to check my flanks. The voice acting is weaker, particularly the main character, who never really sounds convincing. His companion Catherine is very good, however.

'SOMA' is a linear story-based experience and thus has limited replay value. On subsequent playthroughs you may find a few Easter eggs or previously undiscovered audio recordings, but are unlikely to achieve any major revelations. There are some plot choices that can change, but I never felt as though it made a huge difference in the game world - it was just my own preference. 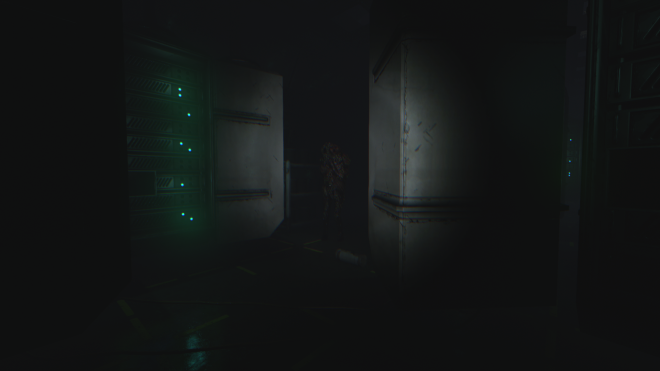 'SOMA' is scary, but that aspect pales in comparison with the great script and characterization. It is a bit brief at 10-12 hours, but does not over stay its welcome and should not be missed for anyone who appreciates a deep sci-fi tale with a healthy dose of accompanying fear.