Witch Beam is a three-person team based in Australia. Their first game is 'Assault Android Cactus', an arcadey twin-stick shooter that’s available now for PC and in the future for Wii U, PS4, and Vita. The game has players pick from one of nine synthetic heroes with which to fight back against robotic hordes gone bad. 'Assault Android Cactus' is promised to be similar to a "Japanese style bullet hell."

The isometric twin-stick shooter was immensely popular in the golden age of arcadia. One stick for movement, the other for shooting - it is an accessible and addictive genre. It has been divided into a few subgenres, like shoot-em-ups and bullet hells, and while once was a hallmark of sci-fi going back to the days of 'Robotron.' 'Assault Android Cactus' is reminiscent of older games where the screen is filled with enemies, projectiles, and power-ups, and achieving a high score is still an important objective. 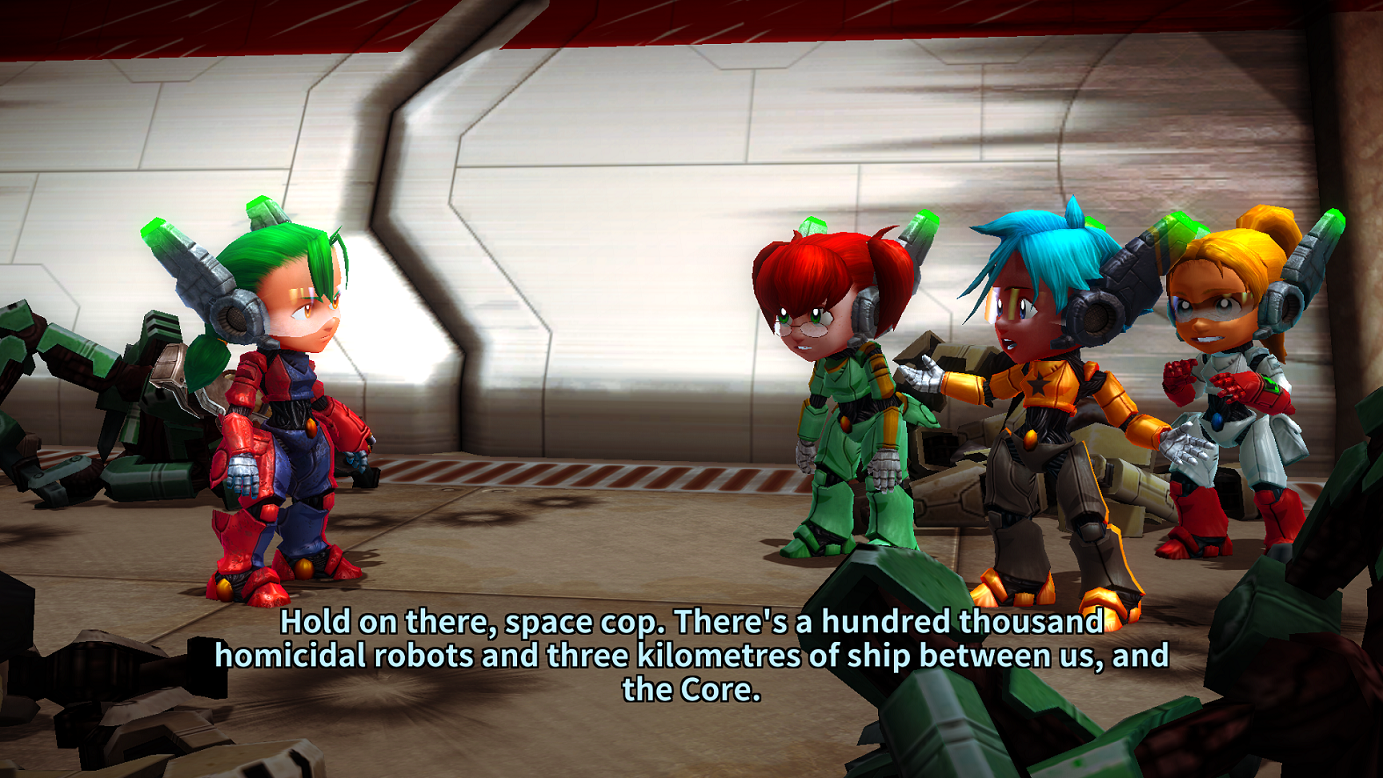 The titular Cactus is a trigger-happy synthetic person who has a mission to investigate a disabled space freighter. Upon arrival, she discovers that the ship isn’t as disabled as advertised, as it fires laser beams at her tiny ship. She crash lands and finds maintenance robots engaged in battle with the freighter’s android staff, and four evil robots named the Section Lords are in charge of the revolution. Cactus deputizes the other androids and they set out to rid the ship of the menace.

In each level I was able to pick my very own android, one of several cutesy bobble-headed girls who would dispense justice to the robotic hordes with reckless abandon and copious amounts of firepower. Each has a different primary and supercharged weapon - Cactus has a regular gun and flamethrower, Coral has a shotgun and plasma field, etc. In every level, which typically only lasts a few minutes, huge numbers of robots would swarm the field and attempt to touch or shoot my little android. Shooting them awarded me with little energy gibbets that raise my attack power, as well as more powerful pick-ups that gave me autonomous drones, super speed, or an enemy freeze. Each level is basically timed, as the androids have power cells that slowly drain through the fight. Some enemy waves drop batteries, and if they are not picked up, it is a game over.

The timed aspect is probably my least favorite thing about 'AAC', which is otherwise a fast and enjoyable shooter. The mechanics stand on their own without the battery recharging gimmick. I suppose some kind of pressure is needed, because an energy drain is the only method by which losing is possible. If the enemies scored too many hits on my android, she would collapse, but can quickly be revived with judicious button mashing. The only penalty this incurred was the partial loss of built-up weapon energy and a setback in time, but as long as I could kill a wave before the battery depleted, I was fine.

The environments have a tendency to change form during the fighting. Floors pop up into walls and barricades, the layout shifts, and things in general on the screen are pretty chaotic. Enemy types also vary frequently and provide different challenges in each level. In some levels, the bad guys are long range and Cactus’ flamethrower is not as useful, while some bosses like to fight up close and are subsequently melted by it. I liked experimenting with the different androids on each level to compete with my own scores. 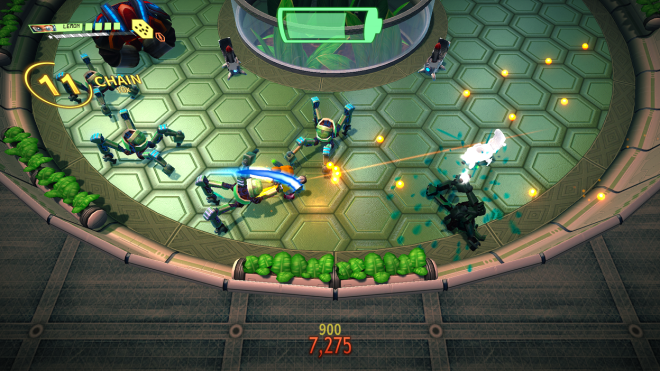 'Assult Android Cactus' has an explosive, pyrotechnic presentation not unlike other entries in the genre. Robot design is pleasantly detailed and varied. The framerate remains stable even when the screen is full of missiles and lasers. Textures are not terribly advanced, and colors are kind of basic. 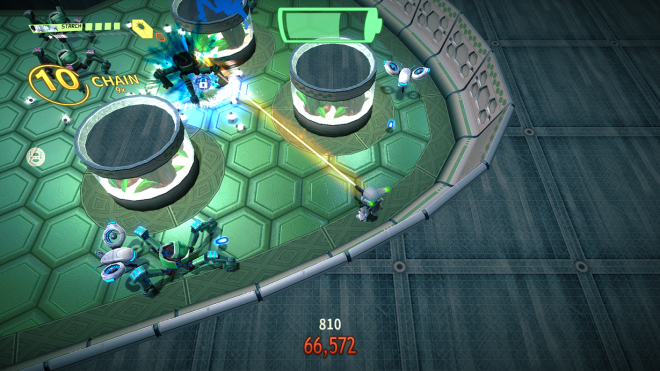 The sound effects are great and exhibit qualities of both retro and Japanese games. Actually, the Japanese influence carries over into the art design as well, what with all the super deformed, childlike android girls. The androids have high-pitched, slightly robotic voices and the acting is a tad overdone, but it’s all in great fun. Don’t pay too much attention to the story anyways.

The game is challenging but not overly difficult, not like the overwhelming bullet hells that can get old quickly by being too abusive. The bite-sized levels are the perfect length, although if played straight through, the game might seem short. The replay value can be increased through the unlocking of additional androids, as well as other goodies like art and such in the main menu. There is also an infinite mode, which works just as it sounds, and a daily challenge. Leaderboards also let me compare progress with 'AAC' players worldwide. Up to local four-player co-op is available, but this is better experienced with a big monitor or TV and several controllers. 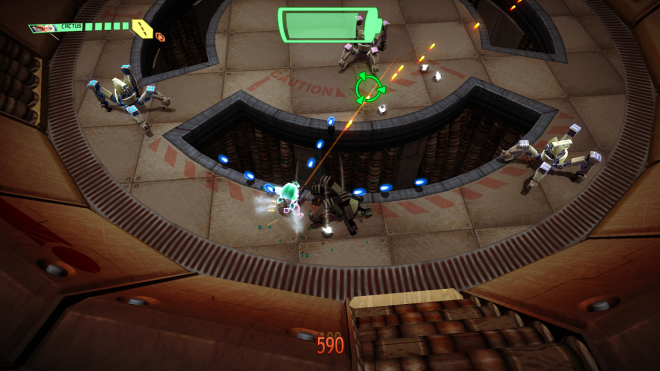 'Assault Android Cactus' is a great little shooter that delivers lots of chibi, shooty fun in each level. It has a lighthearted arcade feel and doesn’t take itself very seriously, going so far as to crack jokes about gaming itself. Even for those who aren’t typically fans of the genre, you’ll probably have a good time with Cactus and friends.