Starcraft II: Legacy of the Void

'Starcraft II: Wings of Liberty' was released in 2010 and was followed by 'Heart of the Swarm' in 2013, which would later be turned into a standalone expansion. This release, 'Legacy of the Void', is also standalone, not requiring any other 'Starcraft' products to function.

'Legacy of the Void' is the third and final act in the main 'Starcraft II' narrative (although another mission pack starring Nova has already been announced). Told from the perspective of the conservative, shamanistic Protoss race, their leader Artanis has the dubious honor of defending his people and the galaxy at large from Amon, a resurrected god. Amon is one of the last few living xel’naga, an elder race that created both the zerg and protoss species long before the events of the games. Humans, known as terrans, have been caught up in the protoss and zerg wars for years, and by association are also threatened by Amon. 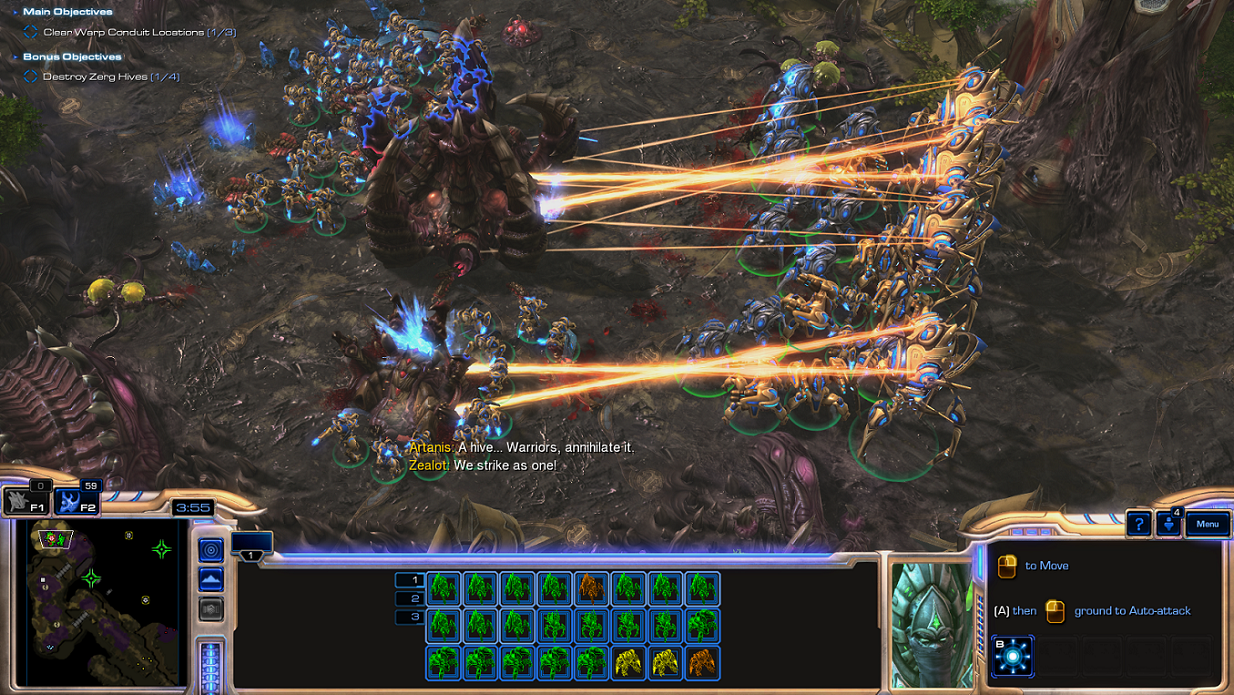 'Wings of Liberty' was about Jim Raynor’s uprising against the corrupt terran emperor, and 'Heart of the Swarm' was the story of Sarah Kerrigan’s revenge against the same person. The protoss chapter is more sweeping and epic in scope - Artanis is not motivated by anger or revenge, but by the threat of extinction. 'Legacy of the Void' is a familiar tale of the last stand; a defiant bastion of heroic warriors fighting against an evil of apocalyptic proportion. 'Starcraft' can be cheesy, and it has a habit of producing campy one-liners and action clichés, but it’s also pretty good at telling a story we’ve heard before. It also doesn’t hurt that underneath all of the shiny FMVs and elaborate cutscenes is a superb RTS framework. 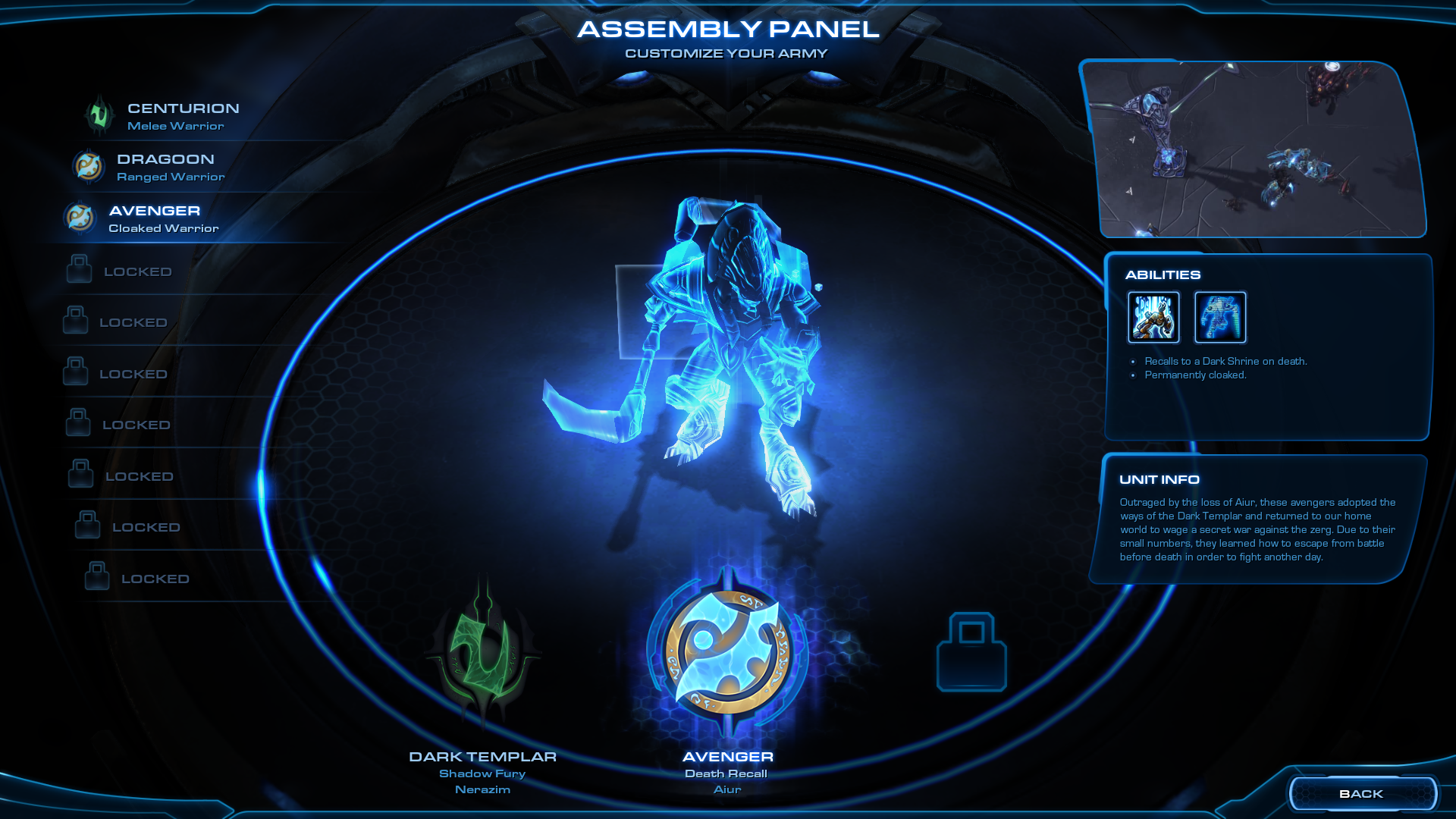 Protoss units have been available in multiplayer since 'Wings of Liberty', but this expansion is the first opportunity that protoss enthusiasts have to enjoy a full campaign. Units and abilities are doled out piecemeal over the course of the missions, and through the technology in Artanis' flagship, the Spear of Adun, many units can be upgraded or altered. This is similar to the mechanics found in the previous installments (although unlike Kerrigan, Artanis is usually not controlled directly on the battlefield). During missions, the Spear itself can be brought to bear on opponents with such abilities as an amplified chrono surge, orbital strikes, and teleporting reinforcements. The protoss are 'Starcraft’s' "quality over quantity" race, with individual units typically possessing a high resource cost but also strong weaponry and, through their innate shielding, a very high sustain. Units and abilities available in the 'Legacy of the Void' campaign further extend this theme with buildings like the shield battery. Unit movement is also a priority, as fresh infantry can almost instantly be teleported all over the map. This can be used to surprise enemies from the flanks or reinforce a weakening position.

Mission objectives are much of the same we’ve seen in the series thus far - lots of timers and king-of-the-hill style land grabs. There are a few surprises in the objectives that make for fun missions though, especially when used in conjunction with the Spear powers. Unit abilities can be swapped out after each mission and can synergize with one another for tactical combinations. 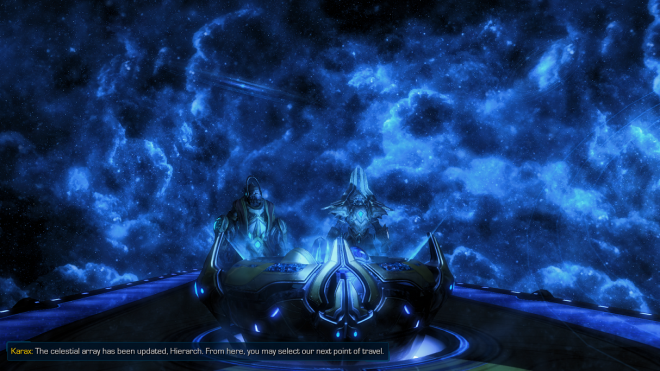 'Legacy of the Void' uses the same engine and technology as its immediate predecessors. The grandiose FMVs are beautiful, probably among the best in the business, but the rest of the visuals are lagging behind. The in-game cutscenes in particular have a grainy quality. The framerate is usually high. 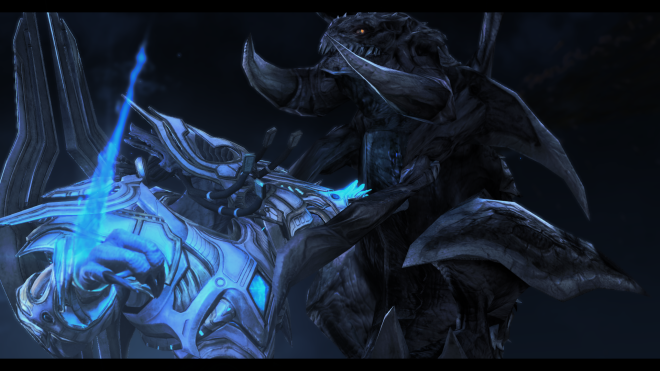 The campaign’s dialogue and voice acting are everything we’ve come to expect from the franchise: sometimes dramatic, sometimes campy, and always good fun. The sound effects and music are sterling sci-fi fare and for the nostalgic, the original 'Starcraft' soundtrack can be played during gameplay.

'Starcraft II’s' multiplayer is as competitive and enjoyable as ever, although it can be daunting for new players. Many players love the rush strategy, but there is a much deeper level of tactical options to be found in the units of each faction. The zerg lurkers make a return, for instance, and are capable of shredding enemy infantry at chokepoints. Automated tournaments are provided for the more competitive players.

For those inclined, there are several options for playing alone or with other humans against AI opponents. These include typical deathmatches, but a new co-op mode has also been introduced with campaign elements. Seven heroes are available, each with unique powers that can be used during play. Kerrigan fights alongside her brood personally on the battlefield, Swann controls a massive laser drill, the protoss heroes can make use of the Spear of Adun, and so on. Each map has objectives that must be fulfilled for victory, and bonus objectives award extra experience that bestow new abilities on the player.

Another new mode is "Archon", where two players control a single army simultaneously. This mode is great fun if even a little bit of division of labor is implemented. I much prefer the business of base building and expansion, so I was free to carry out these duties while my partner dirtied their hands with assaulting enemy bases. Sadly, at the time of this writing there is no matchmaking for Archon. 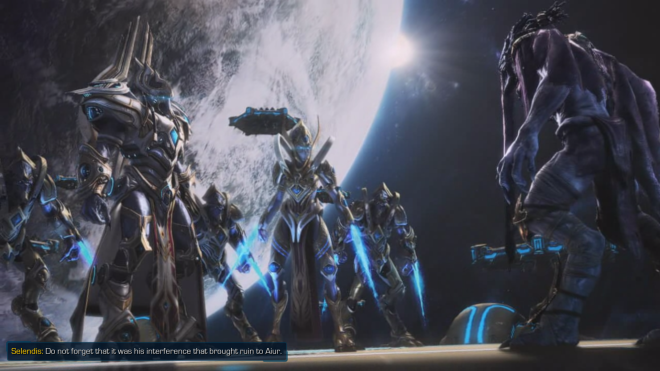 'Starcraft II' remains a household name in the RTS genre, and 'Legacy of the Void' joins an already great pair of games to make a compelling trilogy. The replay value is high and strategy gamers can enjoy many hours of play after finishing the decent campaign, especially those interested in the robust multiplayer options.