The Game Itself
4.5 Stars
The Video: Sizing Up the Picture
3.5 Stars
The Audio: Rating the Sound
3 Stars
Replay Factor
3.5 Stars
Bottom Line
Recommended

'Warhammer 40K' takes place around 40,000 years in the future, as might be expected. It has a huge canon and rich backstory, so I’ll just give a quick rundown of the governing body and its soldiers, the Space Marines. Humanity has become a powerful force in the galaxy, centered around a totalitarian, theocratic regime known as the Imperium of Man. The Emperor has a massive cult of personality proclaiming him as a god-king, and his comatose state after a filial rebellion thousands of years in the past has led to an absolute police state. Constant war against fantasy-inspired races dominates much of human culture. Many humans become soldiers to fight for the Emperor, and some of the best males become Space Marines - genetically modified and brutally efficient warriors who can go toe to toe against just about any infantry force in the galaxy. Further down the pipeline of eliteness, the secretive Deathwatch is made up of those Marines selected for only the most important missions. 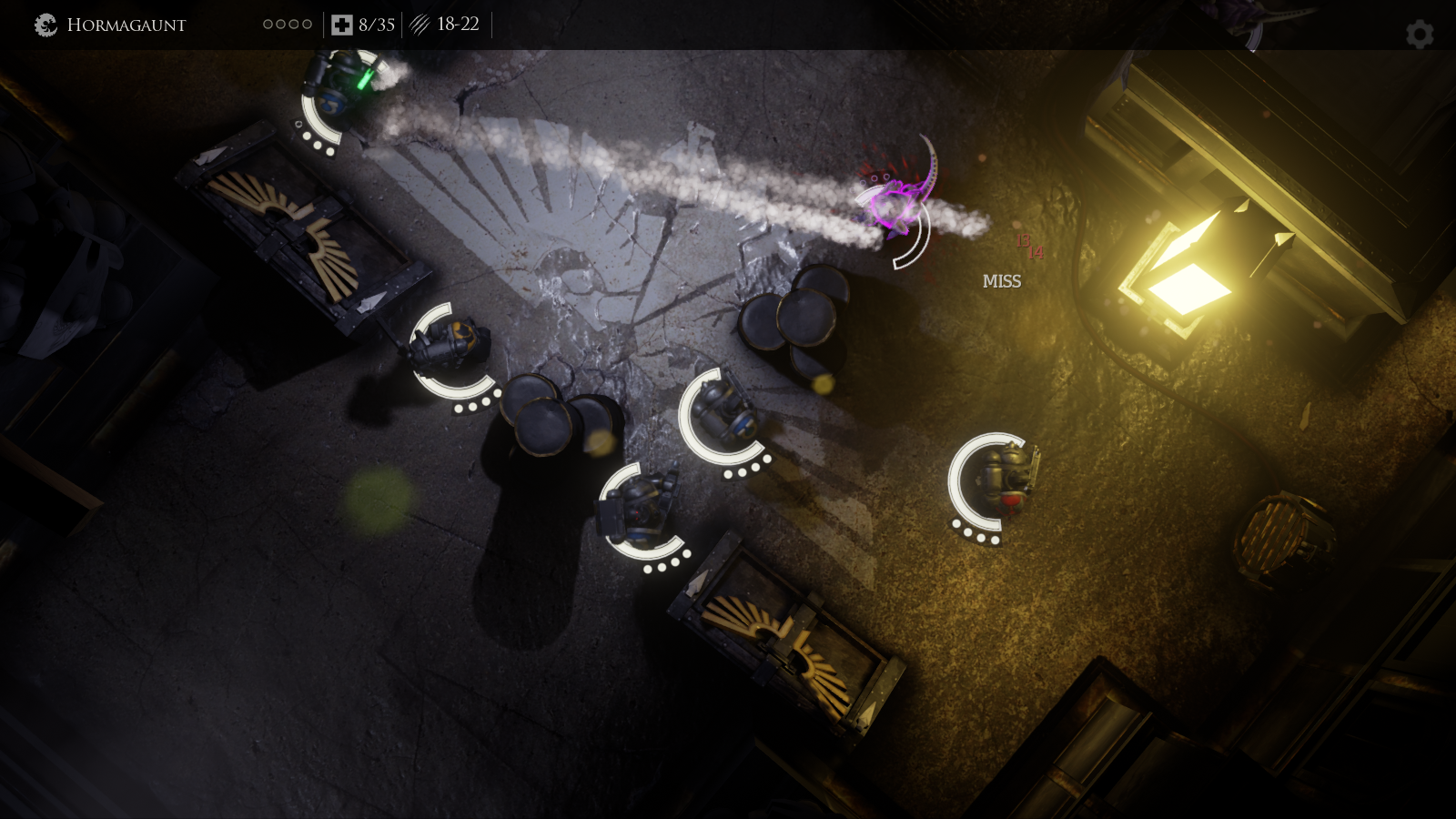 In 'Deathwatch: Enhanced Edition', those super elite Marines serve as the player’s pieces on a chess-like battlefield. An alien offensive led by the grotesque Tyranid species requires the intervention of the Deathwatch, and so I took my loyal Space Marines into battle against the xenos. 'Deathwatch' uses grids and turns much like 'XCOM', and the general layout resembles the wargame with which it shares its setting. Each turn I carefully positioned my Marines around the small battlefields, pinching the Tyranids into bottlenecks and defending wounded brothers by placing them behind the front line. Attacks are conducted via a point system, and depleting a soldier’s points leaves them inert until the next turn. Individual Tyranids are typically not a threat against the considerable firepower of the Deathwatch, but they descend on the kill-team in such great numbers that they can soon become overwhelming.

The tactics genre is known for difficult gameplay and permadeath, and while 'Deathwatch' starts off slowly, it soon develops a near-perfect level of challenge and death penalty. Downed Marines do not die but instead lose all of their accumulated experience, which can be unpleasant if I had been banking points to purchase expensive abilities. While some Marines specialize in explosive, risky assaults, like the raging Blood Angels and melee-oriented Space Wolves, I have a tendency to keep my Marines close together and move them slowly so as to avoid costly casualties.

After each battle I received a lovely gift in the form of a randomized card, often a powerful weapon or experienced Marine. I then upgraded my battle-brothers with new abilities and swapped around the gear as necessary. There is a great degree of tactical choice, both during and between fights. I used the generalist Ultramarines as my front-liners - solid infantry with high stats and team buffs, but without destructive abilities. Those I reserved for my accompanying Devastators and Space Wolves, who are capable of inflicting reliable, heavy damage when properly supported. Other classes eventually join the fray as well, and if a mission gave me trouble with my first approach, I had several options for dealing with it.

While the Marines are pretty quiet, I found myself becoming attached to them, not unlike the taciturn 'XCOM' squaddies. It’s hard not to like a team of zealous, cheerfully bloodthirsty future soldiers as they mow down swarms of countless alien marauders. It’s just another day’s work for the Deathwatch. The story is pretty light, but the whole package is very true to the 'Warhammer' setting. 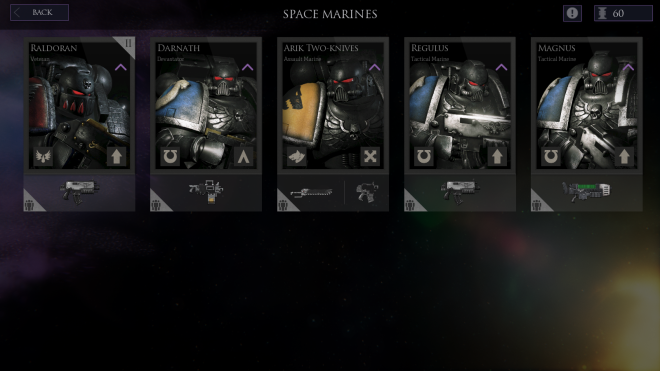 The 'Enhanced Edition' has a set of upgraded visuals, courtesy of the Unreal 4 on the PC. It looks pretty good for a mobile remake, with the improved lighting and effects and the silky smooth performance. The Marine character models and wargear cards are intimidating, although the space aliens are much less detailed. The controls feel appropriate for a PC title with the exception of the occasional slow double-click. I did have some issues playing in fullscreen mode - the game seems to prefer windowed. 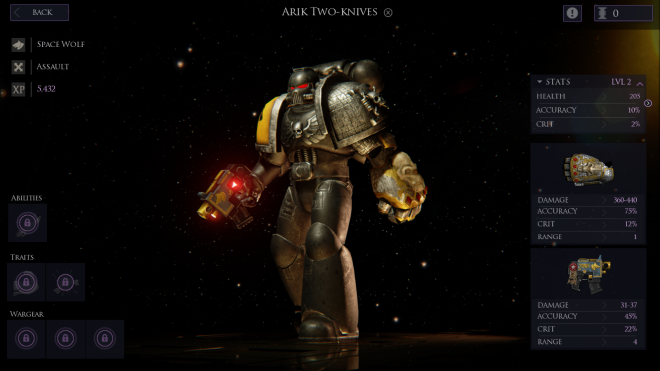 'Deathwatch' is a very quiet game. The Marines don’t talk much except for the occasional and unrelated small talk during fights, and their commanding officer is even less chatty. The sound effects for the weapons are powerful enough, but the music is very sparse and understated.

At the time of writing there is no multiplayer mode, although that is something that Rodeo has mentioned they want for the game. The campaign is pretty lengthy, but each mission is short and easily replayed. Higher difficulty levels are unlockable, as are lots of wargear and new Marines. This edition also includes battle-brothers from badass chapters like the Black Templars for a bit of extra diversity. 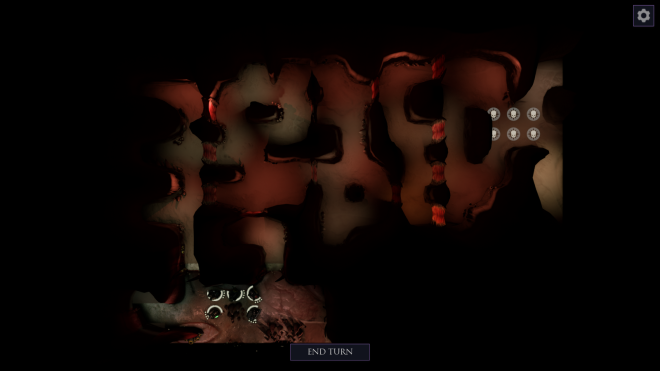 'Warhammer 40,000 Deathwatch' was an excellent mobile title, and its 'Enhanced Edition' remains competitive with other strategy titles on the PC. It doesn’t have the visual or narrative heft of some of its high-budget contemporaries, but its gameplay punches far above its weight.