The Game Itself
4.5 Stars
The Video: Sizing Up the Picture
2 Stars
The Audio: Rating the Sound
4.5 Stars
Replay Factor
4 Stars
Bottom Line
Must Own

The name Toby Fox probably doesn't mean a lot to most gamers, unless they're a part of certain specific fandoms. The sole developer started by making a ROM hack of the popular RPG 'Earthbound', and providing a few muscial tracks for the webcomic Homestuck. Then, Toby launched a Kickstarter for a slightly unusual video game, "A traditional RPG where no one has to get hurt". The campaign was successful, and this year the gaming populace was treated to the RPG 'Undertale,' a game that does note lend itself to simple genre descriptors.

'Undertale' begins with a short, innocuous overview of the game world's past: There was a war between the humans and monsters, and inevitably, the monsters lost and were sealed away underground. One day, a human child falls into the realm of the monsters, and that is where the game begins. 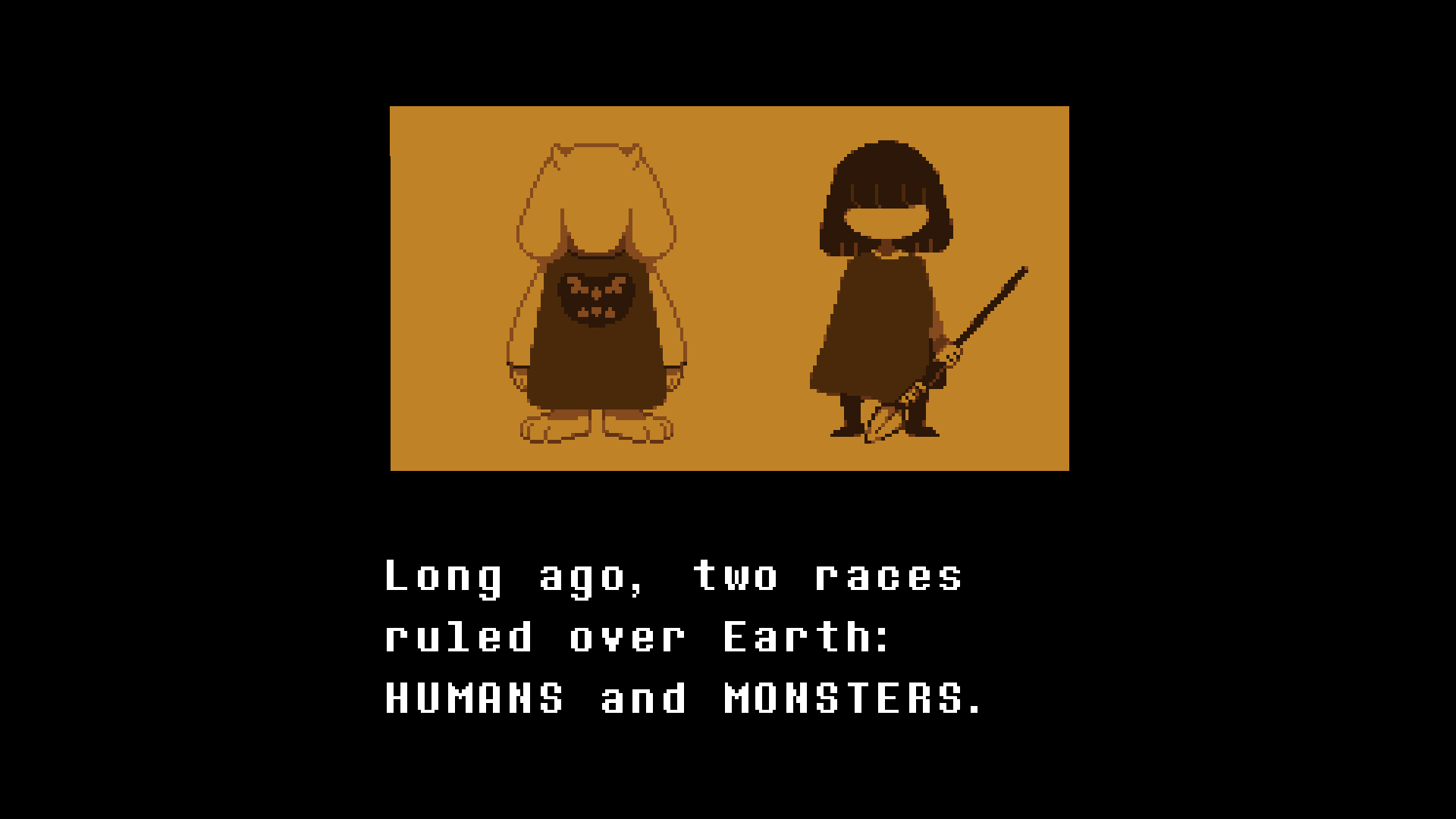 This of course, is merely the setting, the very bare stages notes. By far, the full-on story is the best part about 'Undertale'. There is a lot to find out about the monsters and the underground world they live in, and the characters are varied and their plights are legitimately interesting to the player. The first hour begins a bit slow as players are acclimated to the battle system and exploration aspects, but after the tutorial bits, the title really kicks off.

Basically, there are two main gameplay elements to 'Undertale'. First is the basic overworld exploration, which is very similar to any RPG. Players transverse an underground not unlike a dungeon, solving puzzles and visiting towns. There is nothing too surprising or innovative here, but that doesn't stop this claustrophobic underground setting from being a joy to explore.

What 'Undertale' does change up, though, is in the battle system. As mentioned above, players do not have to kill a single enemy in the game, and while the option is there to attack enemies, 'Undertale' makes it clear that the preferred way to progress is to find a way to win the enemy to your side, after which you can 'spare' them. 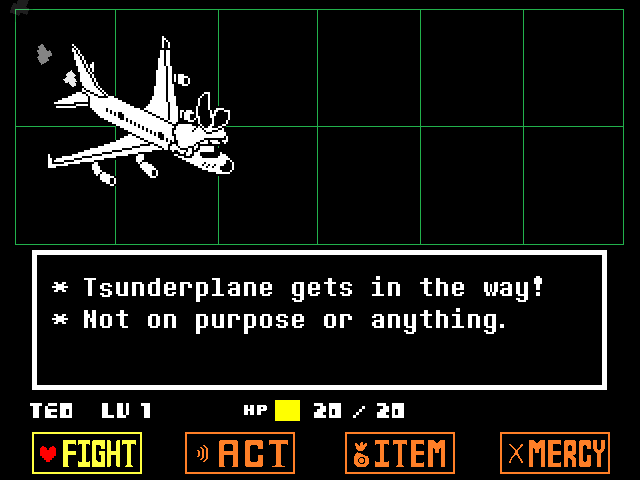 It turns many encounters into little puzzle, having to dodge attacks in a style much like a shoot-'em-up, figuring out which commands will calm the monsters down. It's pretty satisfying, at least in the varied random battles. The bosses, on the other hand, are more battles of attrition, surviving until they stop attacking, but other mechanics are introduced to change up the battles in a different way.

All of what I'm describing may sound somewhat simple and underwhelming, and it's true that 'Undertale' is a bit simplistic. Changing how you approach "enemies" is pretty fundamental, and makes for an unconventional twist in a what appears on the surface to be a very conventional RPG. But where the title really shines is its emotional story and how this story is reflected in even its game mechanics. The player is challenged on one level or another to try to have a dialog with the monsters, to learn what makes them tick. This in turn makes each new monster a bit of learning experinece that is more diplomatic than striking and dodging, though there is plenty of that as well.

Video games questioning your reasoning for fighting and hurting other creatures is not new, but rarely does a game give the player the actual choice to not fight, and not punish the player for taking the pacifist route. The fact that 'Undertale' even encourages this makes it quite a different experience. That alone makes it worth the cost of entry, and other uses of the mechanics helps keep the battles fresh for the entirety of the eight hour adventure. 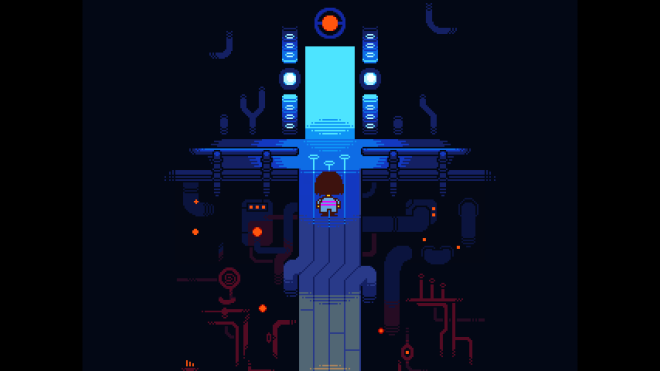 'Undertale', to put it bluntly, is bland looking. Many gamers compare the game's looks to 'Earthbound', and that is not entirely incorrect, though I'd argue 'Earthbound's' color palette is more robust. Battles are mainly black and white against a green grid, which is about as basic as RPG gaming gets. Enemy design has a real flavor to it that naturally sticks out against the basic backdrop and UI. Even with the style points, it's obvious that 'Undertale' isn't much of a looker, and that may hold the game back a bit. The upside though, is that most anyone can play the title without fear of computer limitations, a vertible will run on a toaster type game. 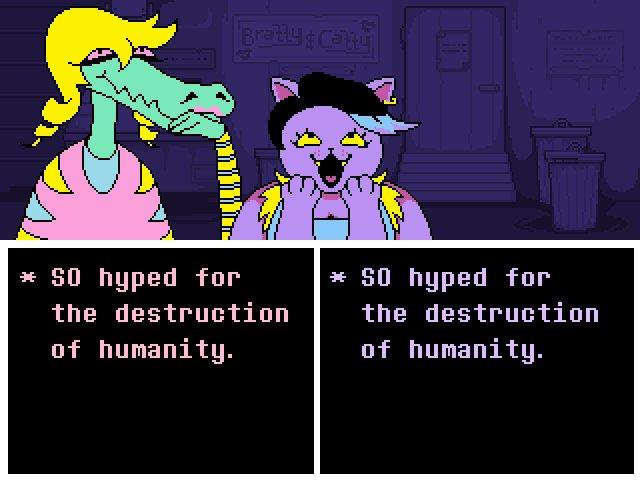 'Undertale' has an unusual and outright fantastic soundtrack. While there's no voice acting, the music (or lack thereof) reflects the atmosphere and tone of the title wonderfully. The battle themes are varied and intense, properly displaying the personalities of the foes being fought. Even the musical direction is top-notch—depending on how the players advance through 'Undertale', the speed and tone of the tracks will slow down or speed up, lending to a more relaxed or more tense atmosphere. 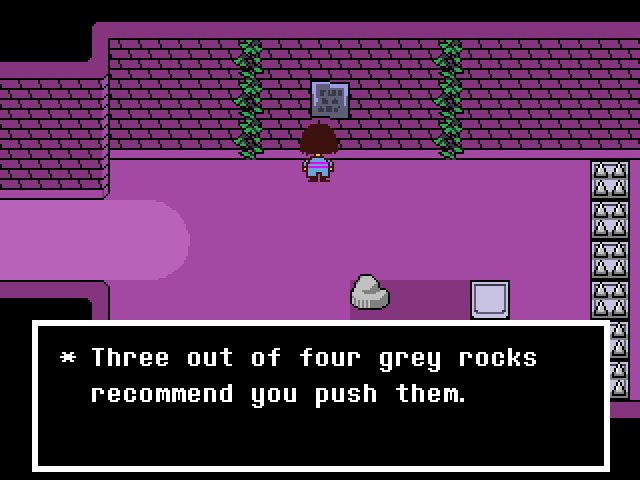 'Undertale' has three distinct endings to see, and by extension two different ways to play through the entirety of the game. While most players will get the 'Neutral' ending on the first playthrough, the other two endings are the ones that players want to strive towards. It might seem like a way to pad out an otherwise short RPG, but there are specific plot reasons for the way the various endings unlock, and the fan-dubbed 'true' ending only takes a couple hours on top of a normal playthrough. 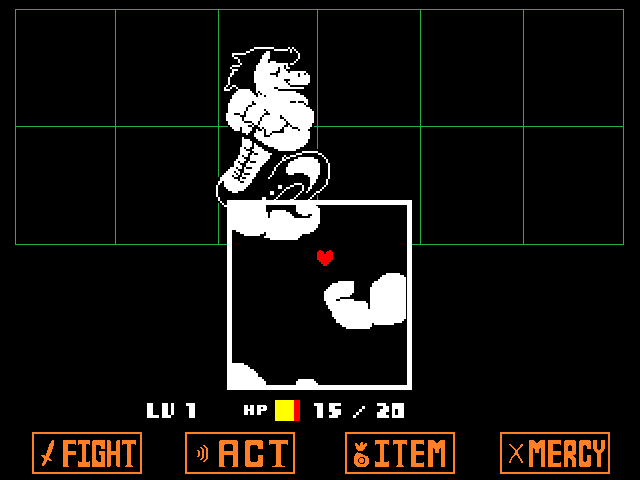 'Undertale' doesn't seem like much, but it is really just a wonderful experience. This title really stuck with me this year, even beyond beating the game itself. 'Undertale' may appear unassuming, but it's full of charm, humor, and emotion. Everyone playing games in search of distinct experiences owes it to themselves to play beyond the first slow hour or so. It may not resonate with absolutely everyone, but it's a game that is best played to truly experience, at which point, the debate can begin.