The 'Darksiders' series was originally developed by Vigil Games, a Texas-based THQ subsidiary. When THQ capsized in 2012 and their IPs exploded like a piñata at auction, Swedish company Nordic Games acquired the rights to 'Darksiders', as well as several other franchises and the THQ trademark itself. One of the founders of Vigil, David Adams, was hired by Crytek and led their Crytek USA office, although that shut down after scarcely a year. Adams again took his old Vigil team and created Gunfire Games, which was hired by Nordic to refurbish 'Darksiders II', and so now we have the dubiously named 'Darksiders II: Deathinitive Edition'.

'Darksiders' is about the Four Horsemen of the Apocalypse. In this canon, the Horsemen are nephilim, powerful creatures mentioned in the Book of Genesis and created through the union of angels and demons (well, in the Bible it is more likely they were the offspring of humans and angels, but this version is probably cooler). The Charred Council, a group of ancient beings responsible for managing the war between Heaven and Hell, was concerned about the nephilim and plotted their demise. They convinced four nephilim siblings - War, Death, Strife, and Fury, to destroy their brethren in return for incredible power. The four obliged and became the Horsemen. 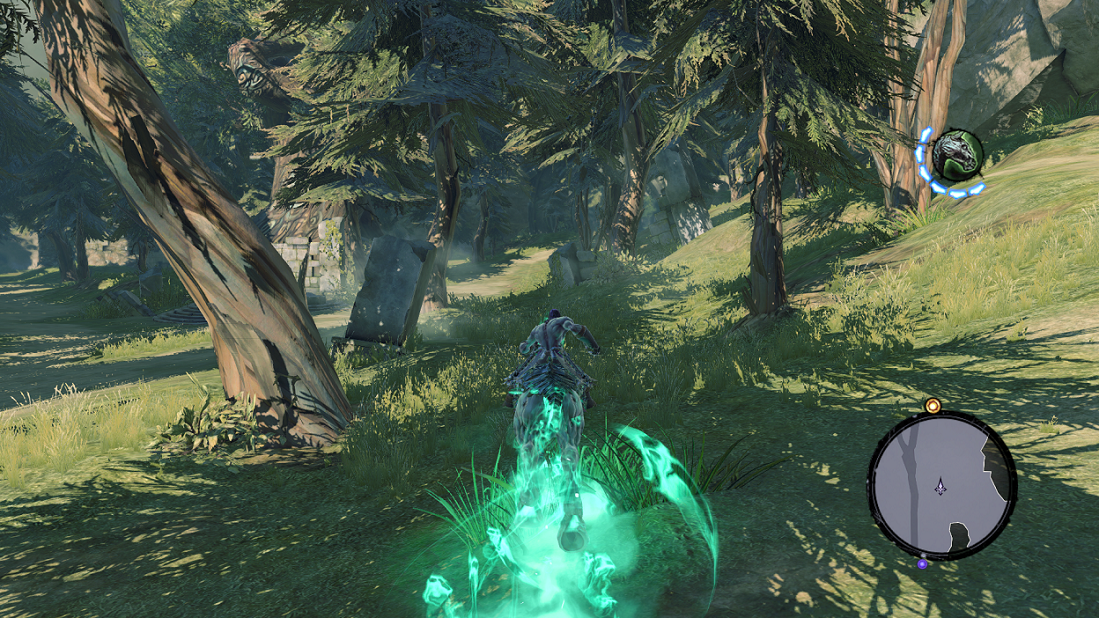 The first game told the story of War, falsely accused of breaking the seven seals and dooming humanity. To clear his name he goes on a rampage, destroying angels, demons and everything else that stands in his way. 'Darksiders II' is about his older brother Death, fiercely loyal to War, and his quest to assist him by restoring humanity and rebinding the seals, thus forestalling the apocalypse.

'Darksiders II' is not unlike retro adventure games in its premise, such as 'Zelda'. The game presents a series of dungeons, each consisting of puzzle, platform, and combat segments. Frequent chests bequeath maps, keys, new weapons and armor, and other equipment. The combat is more akin to a 'Devil May Cry' or 'God of War' - fast-paced, violent, and sometimes challenging. It eschews most quick time events but does have a lot of sweet combos, rewarding players who like to memorize lines of button presses. Button mashing is also a perfectly viable strategy, at least on the lower difficulty levels. The combat is fun, and the loot system provides a lot of diversity due to the many secondary weapons that Death can equip, from bracers to hammers and more. The loot could have been so much more, but even as it is, it still gives 'Darksiders II' an element of strategy and RPGness. Armor provides several different bonuses, so I had options when it came to building my Death.

There is also a skill tree that adds MMO elements. I spent most of my points buying skeleton pets and buffing their statistics; they were useful for distracting enemies and separating them from the pack. Like the loot, the skill tree could have been bigger, but it gives a more dynamic lead character. Death can learn additional combat moves from certain NPCs, pick up sidequests, collect valuable tokens through exploration, and sell off junk to Vulgrim, demon merchant extraordinaire.

One of the high points of the combat sections are the boss fights. Far from the rote grinds often seen in action games, in 'Darksiders II' each one is challenging and they sometimes present their own puzzles, requiring Death to use abilities other than just spamming the attack button.

While I find the setting and backstory of the 'Darksiders' series interesting, the narrative in 'Darksiders II' leaves something to be desired. It’s very formulaic - go here, do this, kill this boss, rinse and repeat. The level design is excellent, however - the platforming in particular is quite good, and I wish there were more of it. A little bit more player freedom would have gone a long way. Despite having some semblance of an open world, with fast travel and sidequests and all that, the game is too linear. 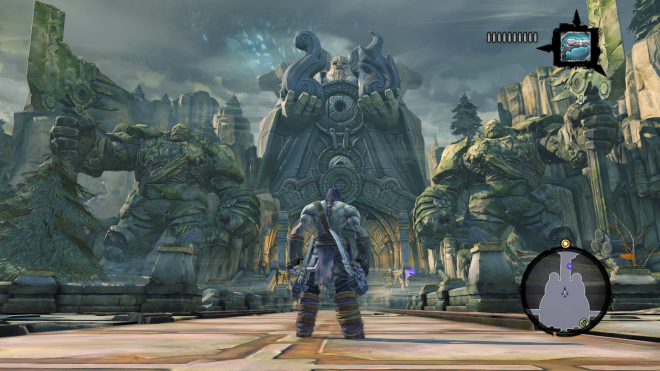 Nordic advertised graphical upgrades for the 'Deathinitive Edition', even above the strong showing of the original PC game. The resolution has been increased, new lighting effects have been added, and many textures have been completely reskinned. These improvements appear to have come with a cost, however. The framerate tends to hang around 45-50 during fights even on a strong machine, although it does stay firmly at 60 when exploring. The lighting was not implemented perfectly, and it has a blocky appearance when lighting certain textures. Joe Madureira's character design is still very distinctive, such as Death’s mask and the heavily stylized character models. 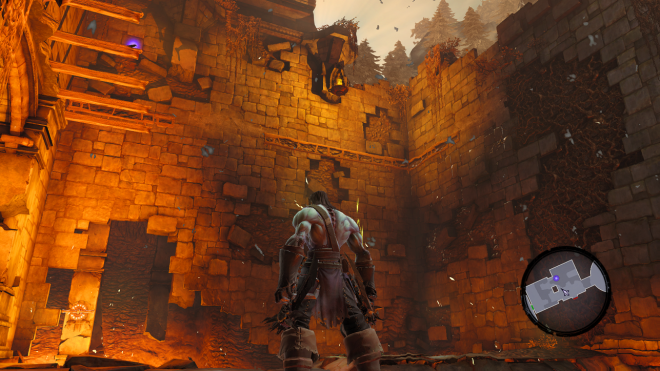 Jesper Kyd, composer for 'Assassin’s Creed', 'Borderlands', 'State of Decay', and many other works, provided a beautiful score for 'Darksiders II'. It is heavy on the strings, providing a darker and more grim view of Death. The voice acting is very well done, especially Michael Wincott, who perfectly captures the ancient, sardonic Death.

The 'Deathinitive Edition' (I loathe that title, by the way) includes all of the DLC from the original release. Sadly, none of that DLC was particularly notable. There are a lot of little bits and pieces of armor, and three short dungeons. They add a little bit of content to a game that is already quite large. Furthermore, the DLC has been built into the main campaign in an organic fashion, so unless you’re familiar with the original version, you might not realize you’re playing a DLC section. 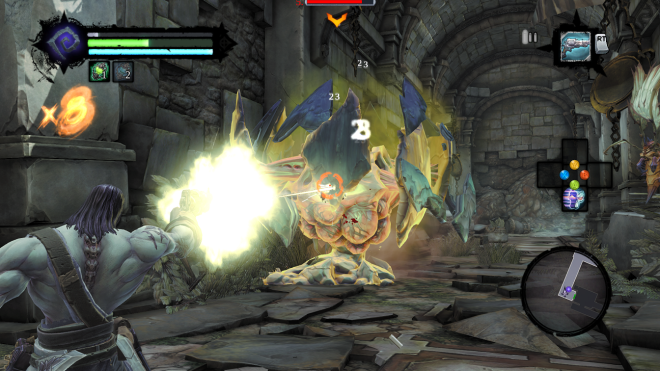 'Darksiders II: Deathinitive Edition' sits firmly in the camp of "probably didn’t need a remake, but here it is and it’s actually not bad". It takes care of some video issues from the original release while adding a few of its own, has no new content, and premieres at a relatively high price point fo a returning title. What it does offer is a very competent action adventure game from 2012. It has little to entice the diehard 'Darksiders' fans but if you’re new to the series, this is a worthwhile outing.