Digital PSP version reviewed on a PS Vita. The review contains no spoilers.

In another world, 'Summon Night' might've become an RPG mainstay. Each entry nicely improves on its predecessor, the stories are always fun and filled with likeable characters, and even the spinoffs have remained surprisingly great. The franchise never really rose above niche status, and eventually, the developer of the franchise went bankrupt. That's why it feels like something of a small miracle that 'Summon Night 5' exists at all. Made by a new company containing many of the series' creators, Gaijinworks has taken the major risk of releasing a PSP game at the end of 2015.

This is a digital PSP title for western Vitas, so niche or not, this is a game ripe for review.

'Summon Night 5' is, above all else, a thoroughly pleasant game to play. Every single aspect of it, from its lighthearted story to the extremely well-designed combat system is an absolute delight. It feels like a game designed by people who have a lot of reverence for the genre their working with, and that really shines through despite the game being a fairly low-budget affair. 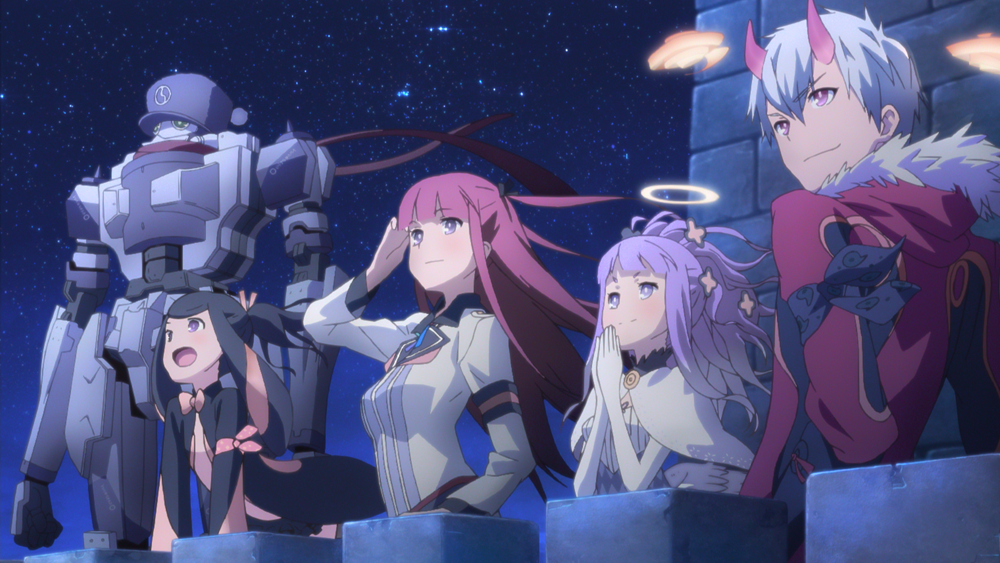 Right at the start, the players can choose to play as either a girl, Arca, or a boy, Folth, as well as pick a "Cross" (essentially a familiar) from one of four options, two male, and two female. While the story the game tells essentially remains the same, these choices will result in some minor characterization differences in a couple of spots, which is a nice touch. Playing as a summoner in the city of Savorle, where beings from multiple dimensions coexist, you essentially work as something of a police officer, investigating and putting a stop to crimes in and around the city. It's a fairly pleasant yarn that steadily grows more interesting as it goes along while still maintaining its sense of levity.

The core gameplay is similarly lovely. It's a fairly traditional grid based SRPG, not unlike last year's great 'Stella Glow', but 'Summon Night 5' sets itself apart in the little details. Experience earned in combat doesn't go straight into levelling up your units, but can be spent by the player in whatever facet they see fit. You can choose to focus almost entirely on upgrading certain skills and weapon aptitudes while ignoring the aspects of a character you never really use. The game nicely dissuades players from grinding, however, using a system called "Brave Points." These points accumulate in combat whenever optional objectives such as "deal the first blow" or "use X skill five times" are fulfilled. BP can be spent on the usage of skills such as swapping units in and out of combat, and it also decreases when you kill enemies who are weaker than your units or when a character is knocked out. If BP hits zero, you immediately lose the battle. It's a system that sounds harsh at first, but balancing the usage of BP and keeping a party from becoming overlevelled soon becomes second nature to players, and ultimately adds an additional layer of tactical depth to everything. 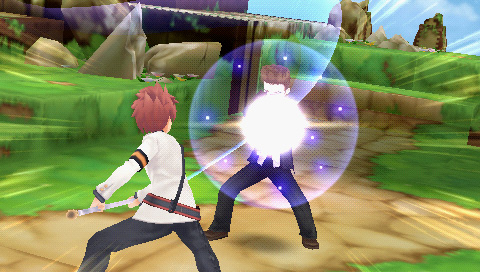 My only major gripe, and it's a fairly substantial one, is that 'Summon Night 5' boots players back to the main menu upon losing a battle. Without saving constantly, a BP loss can mean losing hours of progress. There was a moment where I very narrowly beat one mission, only to be immediately put into another fight without an opportunity to save. I lost that second fight and had to repeat both missions from the start, as well as sit through the dialogue from before the fights had started. Though this is hardly the only game in the genre to be guilty of this sort of thing, it's an archaic design choice that could be immediately alleviated with a simple retry option. It's a shame, as it sits as a major issue in what is otherwise a lovely game. The game does, however, have a manual suspend option, which can be an absolute godsend, so I'd recommend you use it often. 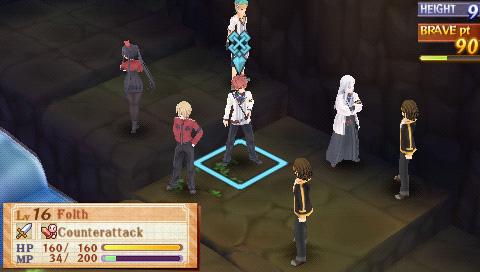 For a PSP game, 'Summon Night 5' looks surprisingly good. The art direction is genuinely lovely, backed by great character designs and some surprising technical merits in combat itself. Even by the PSP standards, it's by no means mind-blowing, but it's a fairly pleasant looking game nonetheless. Unfortunately, it is still a PSP game, and it's hard not to wish for the visual leaps and bounds of the PS Vita over the PSP. This is typical for such rare out of time games, but series' fans can expect the visual standards of the preceding games. 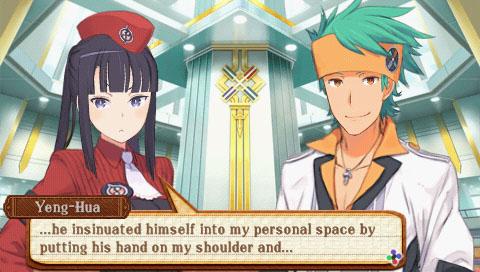 The music here is often rather lovely. Utterly pleasant during the lighter moments of the game, and exciting when the mood calls for it. There's hardly a bad track to be found here. It's unfortunate that the game's voice acting was mostly cut for the localization, likely due to licensing and cost issues, as all that remains here are a few battle voices that only serve to make the lack of voice work in the dialogue more apparent.

There's an absolute ton of content to be found here. With plenty of endings depending on your relationships with each character in the game, as well as slight story differences depending on your initial choice of main character and companion. There's even a totally optional fishing minigame that had me halting story progress for hours just so that I could unlock every reward possible. For completionists, there's plenty to sink your teeth into here. 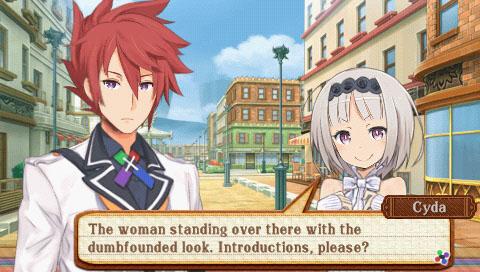 A thoroughly traditional, pleasant, and overall lovely SRPG. 'Summon Night 5' likely won't capture a terribly large audience, but for fans of the genre, it's an absolute treat. The combat is excellent, the story is a lot of fun, and every facet of the game is wonderfully polished. As what seems to decidedly be the last game we'll see for the PSP in the West (outside of Gaijinworks' and Monkeypaw's own upcoming 'Class of Heroes 3'), it makes for a great swansong, and it represents a wonderful comeback for its series. With a new entry on the way for PS4 and Vita this year, the future looks bright for 'Summon Night', and I can't wait to experience it.