The Game Itself
3.5 Stars
The Video: Sizing Up the Picture
4 Stars
The Audio: Rating the Sound
4 Stars
Replay Factor
3.5 Stars
Bottom Line
Recommended

Digital Xbox One version reviewed. The 'Jack the Ripper' DLC requires the base 'Assassin's Creed Syndicate' game to play.

The 'Assassin’s Creed: Syndicate' season pass includes the 'Jack the Ripper' expansion, which centers on the notorious 20th-century murderer. It’s not standalone, but does constitute its own campaign.

Jack the Ripper was not the first serial killer in human history, but he was notable for several reasons. His case was heavily covered by the London media, giving him a stature and legend far beyond that of a simple murderer. The London Police medical examiner offered a profile of him, a forensic technique that would be adopted in other serial cases. Jack is widely believed to have killed five prostitutes over the course of three months in the district of Whitechapel. Other grisly murders were attributed to him for years afterwards, and the case remains unsolved to this day. 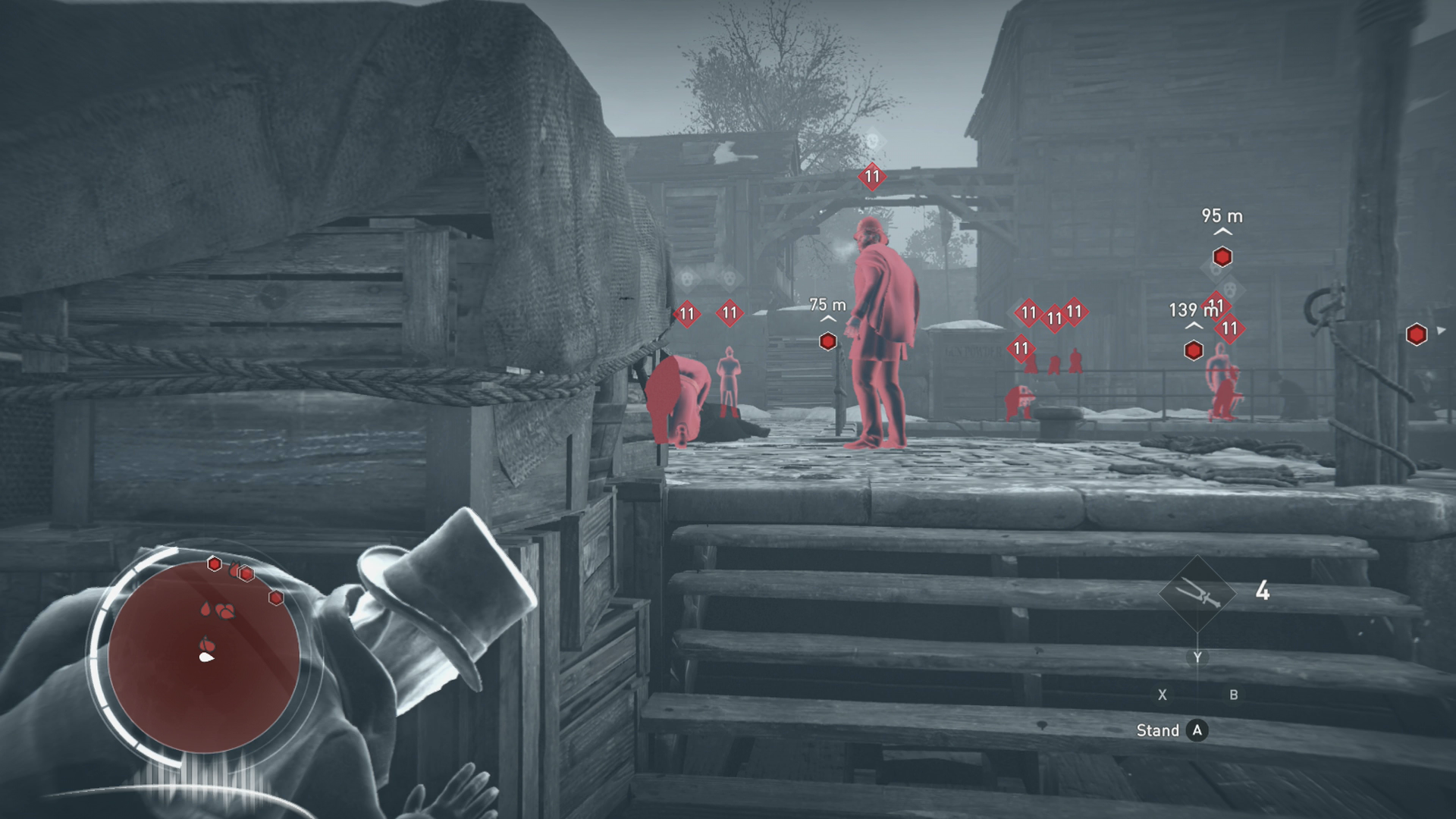 Twenty years have passed since the Frye twins liberated London from the Templars and went their separate ways. Jacob remained in London, While Evie married Henry Green and relocated to India. Jacob joined his sister in India on at least one occasion, and both received training from local Assassins. In 1888, Evie receives a distressing letter from Jacob that sees her return to London. Jacob is missing, and the monstrous Ripper is roaming the streets unchecked. The police, led by Frederick Abberline, are unable to stop him or even properly investigate the crime scenes, as they are quickly spoiled by ravenous journalists. Most of the game is played as the older, wiser Evie, with a few segments as Jack.

Evie has picked up a few tricks during her time in India. She uses fear as a weapon, which lets her avoid outright murder most of the time. This is accomplished through her use of pronged spikes and bombs, both infused with a hallucinogenic chemical that causes extreme terror in those afflicted. The brutal assassination is also available, which has her beating opponents senseless with a pair of karas (Sikh religious bracelets that double as brass knuckles). Rather than settle in for long, drawn-out fistfights, I elected to use the spikes and bombs to send opponents running away in terror. Certain enemies are immune to the effects and can remove them from their allies, so they must be dispensed with first. Otherwise, Evie controls much as she did during 'Syndicate', so she has obviously been keeping up a good exercise regimen.

Jack can also use the fear gadgets during his segments, but his animations are far more vicious. The brutal assassination in particular takes upwards of thirty seconds to fully carry out, which is a long time when compared to how Assassins usually kill people. Jack’s segments are unnerving, as they are filled with disembodied voices encouraging him to murder people, not to mention the scratchy cinematography and floating, violent text superimposed on his surroundings.

The story in 'Jack the Ripper' was a bit empty towards the end, but still far better than most "story-based" DLC we come across. Like much of its historical fiction, 'Assassin’s Creed' has put its own spin on real events, incorporating real things like the Jack letters and Abberline’s investigation into the larger Assassin versus Templar conspiracy. Still, this little expansion is mercifully free of the meandering ancient alien and Abstergo Entertainment portions, which make it a more cohesive and personal experience. 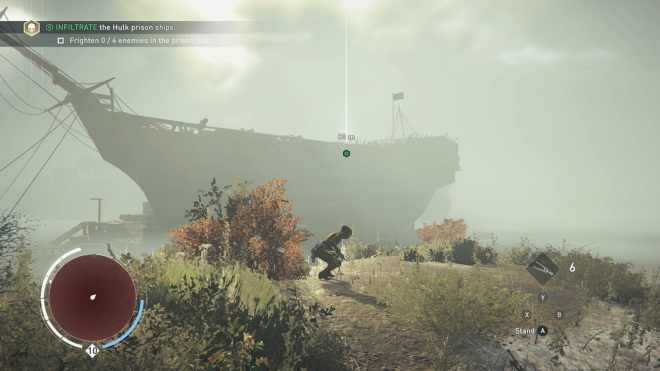 'Jack the Ripper' looks a lot like 'Syndicate,' with a few different models and animations. Jack’s missions have a distorted filter meant to suggest psychosis, and the character himself has a scarecrow-like model. Evie definitely looks like an older woman, but not necessarily like an older Evie. Her face is too different, as though they used another actress for the likeness. 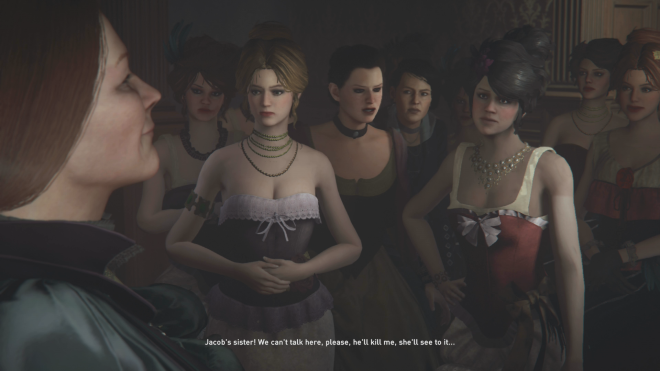 Not much to report on the audio end, although the sound effects from the new fear gadgets are sufficiently impressive. Jack is voiced quite intimidatingly by Scottish actor Alec Newman.

'Jack the Ripper' provides only a portion of 'Syndicate's open world London, mostly Whitechapel and the City of London areas. Even with a smaller open world, the expansion has a not insignificant amount of content in its side missions. These include the walks of shame, where Evie escorts poorly behaved johns through crowds of Londoners before delivering them to local prostitutes for a beating. My personal favorite are the rescue missions, where Evie infiltrates brothels where the girls are forced to work for Jack’s gang. Using overt violence often leads to dead girls, so I crept through each level, slowly destroying the gang members on my way to the top floor. 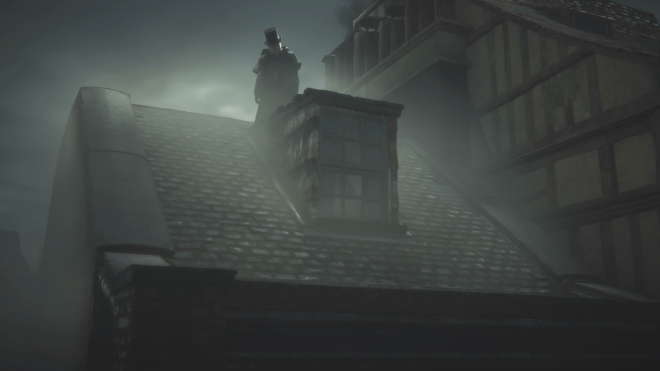 'Jack the Ripper' is a miniature 'Assassin’s Creed' experience. Rather than enlarge the existing 'Syndicate', everything about it is smaller - the story, the open world, the Assassin skills. It isn’t exactly innovative, but nor is it cheap or boring. Hopefully it is a stepping stone to even better expansions to come.