Digital Vita version reviewed. As with other 'Star Wars Pinball' & 'Zen Pinball 2' tables, a single purchase gets the user a version for the PS4, PS3, and Vita.

Zen Studios has been the leader in digital pinball games for several years now. They frequently release new tables for both of their products: 'Pinball FX 2' for Xbox and Windows, and 'Zen Pinball 2' for Sony consoles. The 'Star Wars: The Force Awakens' pack includes two new tables, one each for the New Order and Resistance.

The 'Force Awakens' table is one of the larger tables we’ve seen yet from Zen. It is both wide and deep, without being particularly steep. It has a pretty generous outlane arrangement, with a few safety lanes on each side and a little zapper that will save the ball from death occasionally. The middle drain is reasonable, as is the autosave, which can be used multiple times per ball. Essentially this means that the table is on the easier end of the difficulty spectrum, and is therefore more accessible to young players or those wanting a less demanding pinball experience. My only complaint about the layout is that the right upper flipper tends to block a lane when open.

Despite the accessibility, or maybe because of it, this is still a great table. It captures much of the fun from the accompanying film without having a stringent story mode. Instead, it has several different multiball options, including the sweet rathtar multiball. Rathtars are disgusting tentacle creatures from the new movie, and their appendages block several lanes of play in the 'Force Awakens' table until struck with a ball. When enough of them are struck, three rathtar mouths appear, along with three balls. Hitting the mouths earns a bonanza of points, and the tentacles can grab and hold balls until they are freed by another. 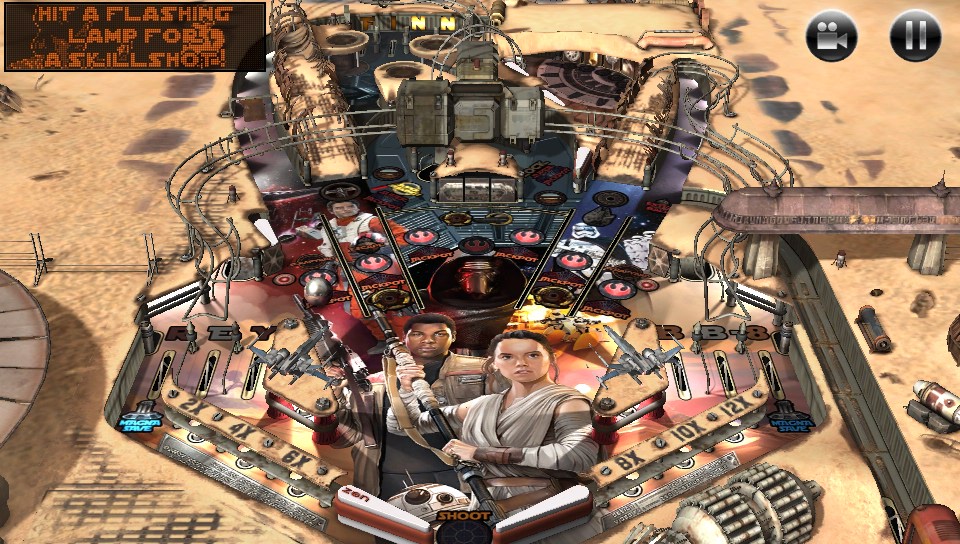 Scrapyard mode is another multiball option, where balls can be launched off the table and into the waiting mouth of a junk scrapper. Big bonuses are available for hitting a roaming target in the middle of the table during this mode. There is a side table featuring the little droid BB-8, portrayed here as a ball that can be directly controlled by the player. During the timed minigame, I clumsily moved him around the little table and tried to avoid nets dropping from above. Not the best upper tier minigame, but it adds variety to an already diverse table. 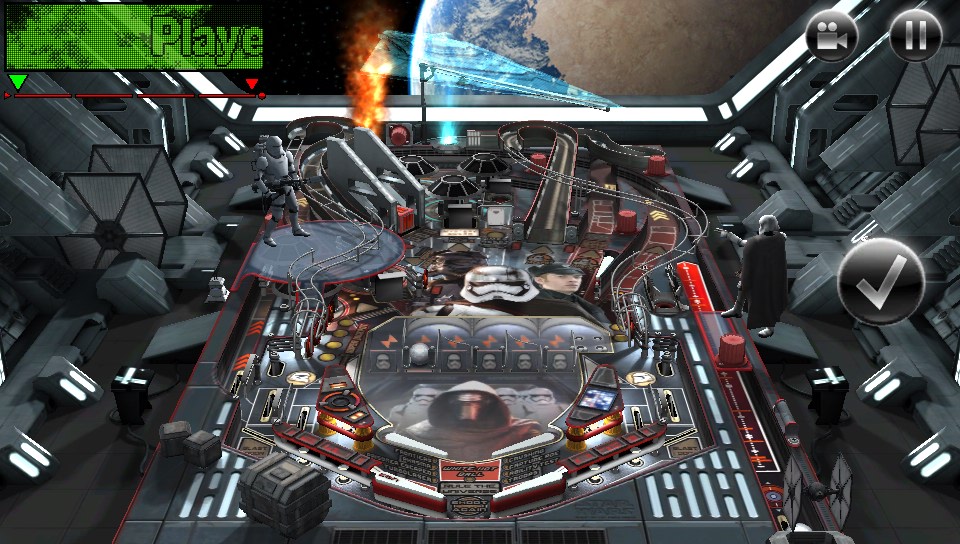 This is a smaller and more conventional table. There are short ramps on each side, bumpers in the back, and a third flipper on the right side, which is less intrusive than in the 'Force Awakens' table. Instead of dazzling multiball options, this table has a captive ball setting which can be easily activated. A phantom ball and pair of flippers appear in the center of the table, along with a row of small cages. The regular ball is stuck in one of these cages, and can be bumped out with the phantom one for big points. Hitting it to the side of the cages captures it, and doing this enough times will lead to a multiball.

A flamethrower stormtrooper sits on the left ramp, and several of the table’s bonus modes involve him. He can capture balls, to be released by entering a star destroyer’s tractor beam. He can also immolate balls with his flamethrower, which doubles all points earned through skillshots and bumpers for a short time, and also gives the ball a distinct, fiery nimbus. 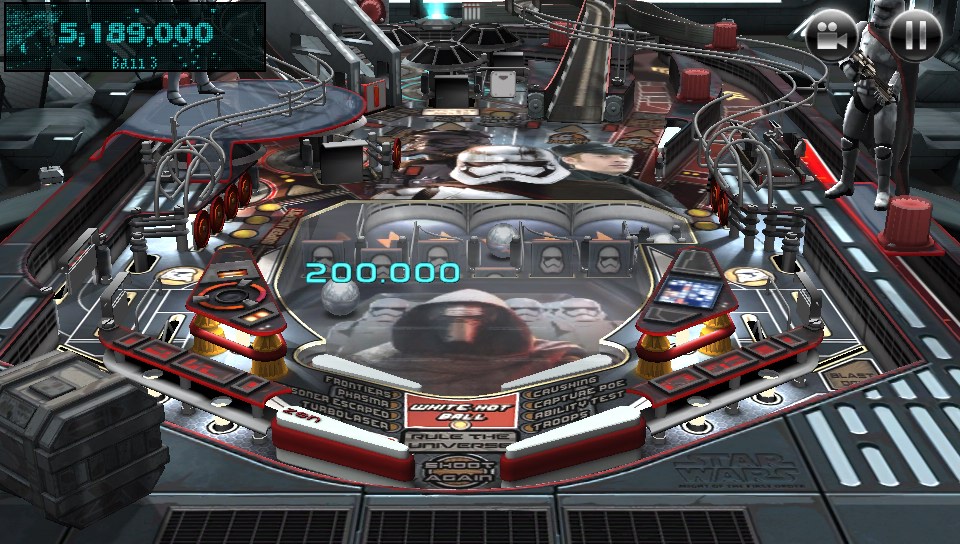 Because of this table’s orthodox arrangement, drains come pretty easily and my scores were consistently lower than on other tables. It is a bit steeper so the ball moves very quickly across the small playfield. It is challenging and fun, but not as bombastic as 'The Force Awakens'. It is probably more appealing to enthusiasts of older pinball cabinets that focused more on skillshots than fancy jackpot mechanics. 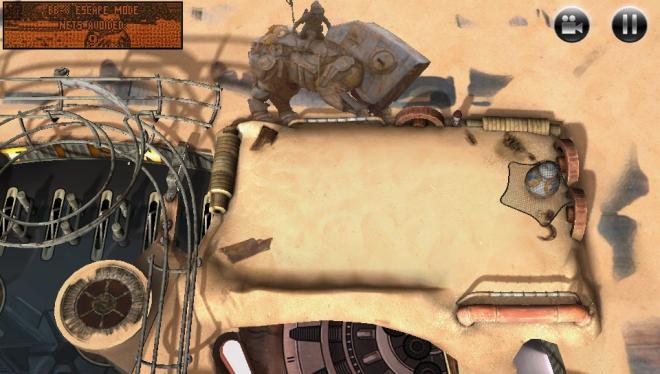 As expected, the Resistance-themed table is light, mostly based on the desert planet of Jakku. The New Order one has a much darker color scheme with TIE fighters and such. They both look nice on the Vita, with the Resistance table in particular having lots of different animations and stylish effects. There are some jagged edges and other texture issues of a minor nature. 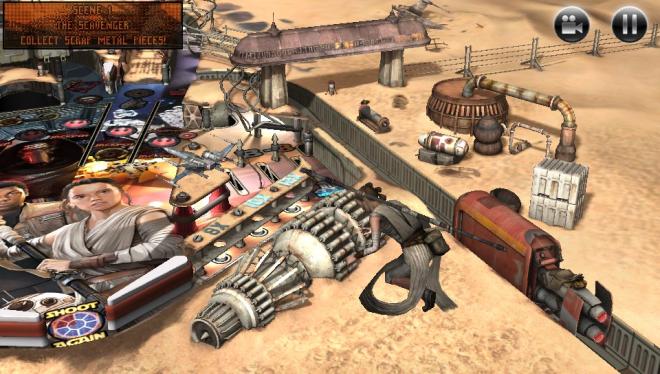 I’m not a fan of the narrator on the dark side table, who I believe is General Hux (or a stand-in) from the film. He mostly nags about reports and says the same line over and over, which can become grating because drains are so common. Otherwise, the familiar sound effects and score from the films are successful. John Williams’ music never gets old, and the table uses less common tracks, such as the medal ceremony from 'A New Hope'.

The beauty of pinball is in its replay value, and both of these tables have a lot of content. The upper tier minigames, multiballs, captive balls, and other modes can all be difficult to unlock on a single play, so pinball connoisseurs can spend several hours just finding all of the different options. Like all 'Zen Pinball 2' tables, local and online multiplayer are available. 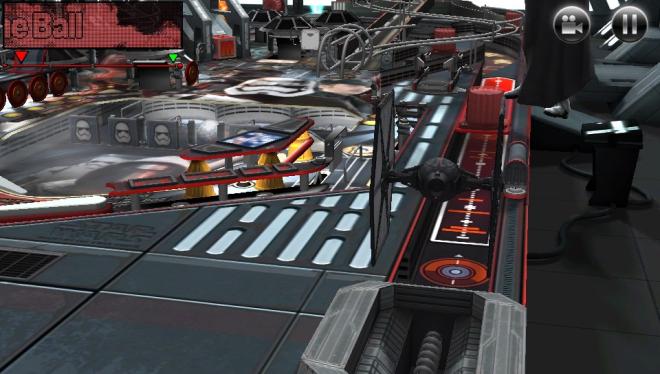 These are strong tables, especially the 'Force Awakens' one. They rank right up there with Zen’s other great offerings, like most of the Marvel superhero franchises. For 'Star Wars' fans and those who spend a lot of time with 'Zen Pinball' in general, these tables will not disappoint.