The Game Itself
2.5 Stars
The Video: Sizing Up the Picture
3.5 Stars
The Audio: Rating the Sound
3 Stars
Replay Factor
3 Stars
Bottom Line
Skip It

The Deadly Tower of Monsters

I deeply love terrible movies. There's nothing quite as hilarious to me as a movie that was made with nothing but the best intentions, but just can't be taken quite seriously. 'The Deadly Tower of Monsters', a game set entirely within a B-movie, immediately made a striking impression on me with its wonderful aesthetic and clear appreciation for the movies it parodies.

It's just a shame, then, that the game isn't quite smart enough to really work with the concepts it presents.

I wanted to like 'The Deadly Tower of Monsters' a lot more than I actually did. The first 30 minutes, an incredibly funny homage to what makes B-movies so endearing, is fantastic. The general concept of the game revolves around a B-movie getting a DVD re-release with commentary from its incompetent director Dan Smith. As the movie plays out, Dan comments on just about everything players do in a way that I found genuinely really charming. Deaths are regarded as "fake footage", standing around for too long and not moving ahead leads to him talking about how he's surprised by how long he left shots to linger. It's backed by execution that really serves to make the first few segments of the game shine. I loved noticing the little touches, like how the monsters are largely stop-motion, claymated, or even just other actors in cheap suits, and the game's intentionally bad voicework really helps elevate the cutscenes in the game. 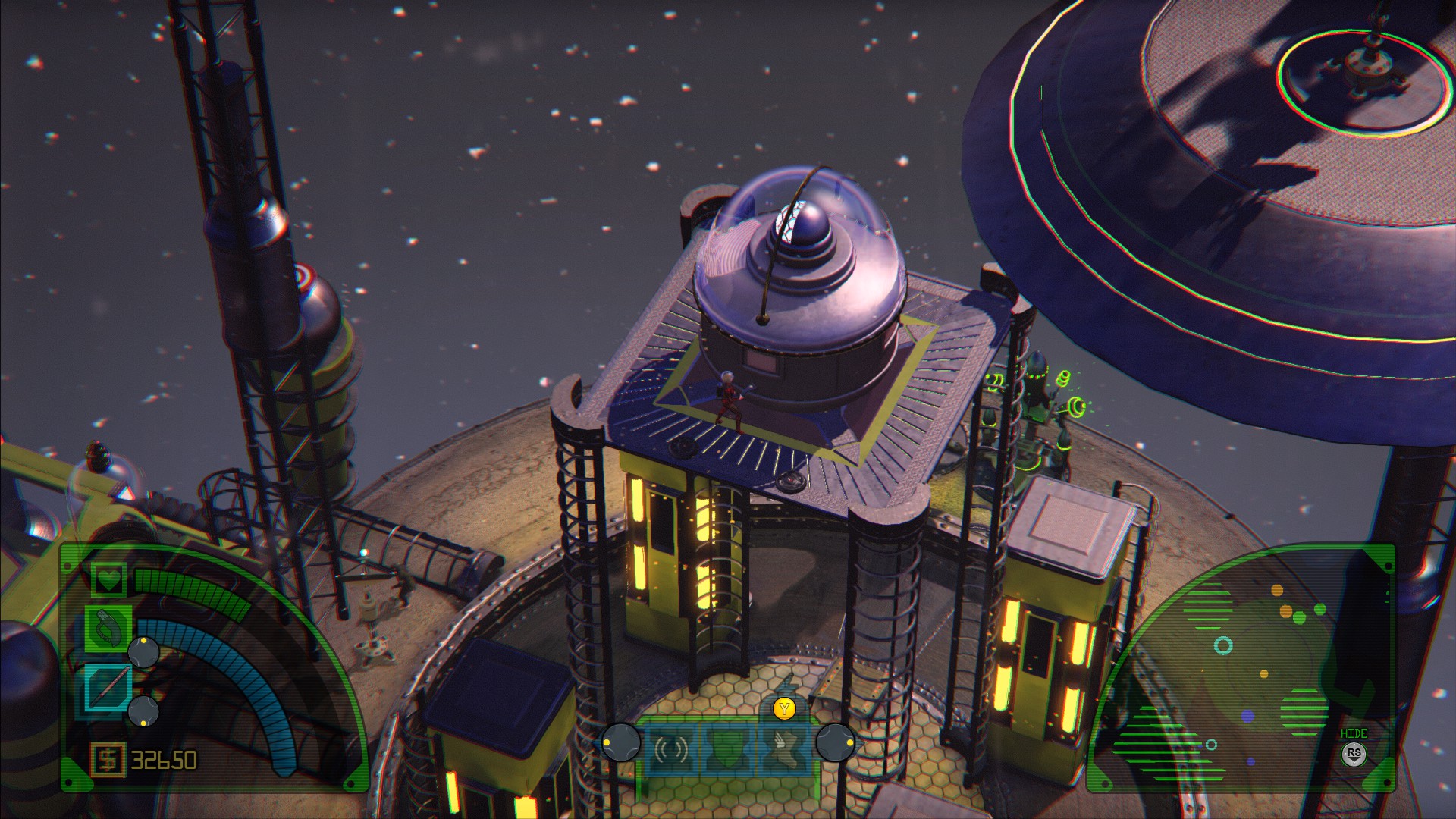 The biggest issue with 'Tower of Monsters', though, is a complete lack of follow-through on the concepts it presents. The jokes in the first 30 minutes really are wonderful, but when it became clear to me that the rest of the game was basically going to repeat the same jokes ad nauseum, my heart sunk. Hearing the director talk about his hamfisted movie is funny at first, but eventually the stories he tells run dry, his commentary (and the game's tone with it) slowly slides from a loving parody of B-movies to something that just seems mocking. A joke about videogames as art, in particular, feels so on the nose that it just seems lazy.

The gameplay here is servicable, but a tad too simple for its own good. It's a standard isometric action platformer at heart, seeing players control three different characters, each with their own unique abilities, as they try to scale the titular tower. There's a fairly wide variety of ranged and melee weapons here, though the majority of the weapons feel far too samey. Getting a lightsaber is neat, but when it feels exactly like a sword you've been using for much of the game, there's no real incentive to change up your weapons. I got by using the game's equivalent of a shotgun (the second gun you find in the game) right up until the credits, as nothing else really felt all that useful. 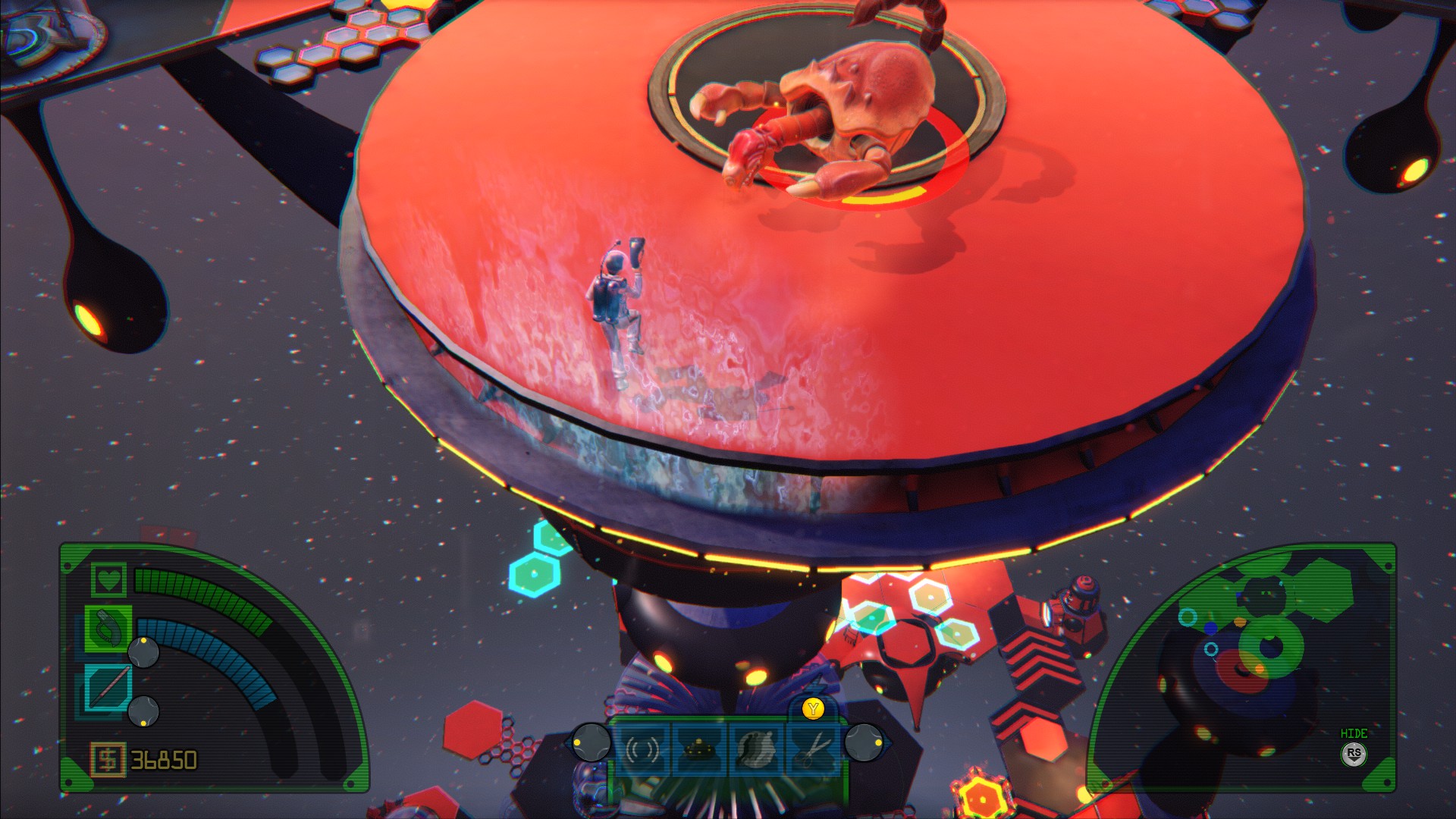 The game presents mechanics that come of as unnecessary, as well. There are dodge rolls and counter attacks, but I never really felt the need to use them, finding the game easy enough to accomodate button mashing for the most part. There are a few bossfights here and there, but I only found one of them particularly interesting, and that was only because of the context within the game's plot, rather than anything it did mechanically. There's a fair amount of platforming, too, but the jumping feels too slow and sluggish to really make any of these sections work as well as they should. 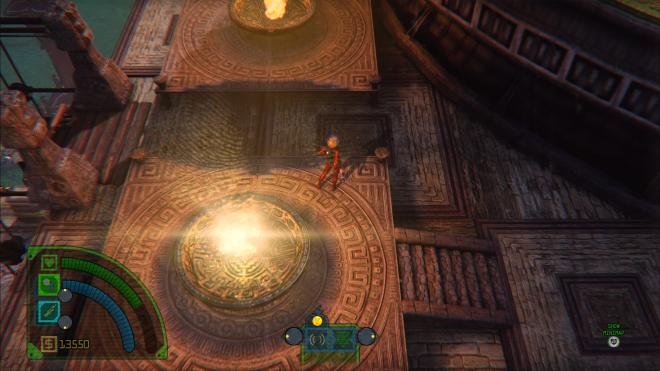 Easily the game's strongest suit, the aesthetic here is lovely. 'Tower of Monsters' perfectly captures the essence of the B-movies it emulates with intentionally cheap looking enemies, weapons (my favorite being gun that's clearly just a repurposed electric razor), and environmental props. It's backed up by optional visual fiters that either emulate the look of a VHS tape, or a cleaner "remastered" version if the grain in the VHS mode isn't your thing. Smaller details, like visible fingerprints on the camera when there are light sources on the screen, are incredibly charming and really convey the game's setting wonderfully. On a technical level, there's nothing terribly good-looking here, but the art direction helps trump a lot of the technical shortcomings. 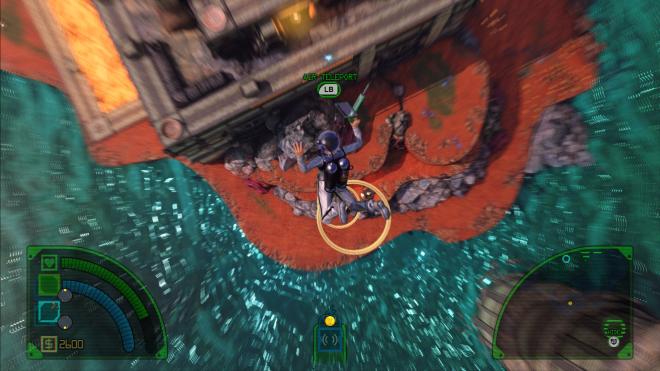 While the soundtrack seems great at first, there are far too few tracks here, leading to music that eventually becomes repetitive. While the intentionally bad voice acting of the "actors" in the film is fantastic and extremely funny, the actor playing Dan simply can't carry the amount of material he's given, eventually just becoming an annoyance.

The game encourages exploration, and even when you've reached the end credits, there's still a fair amount of optional parts for weapon upgrades to find, and challenges to perform to increase your character's levels. While the game isn't terribly long (it took me about four hours), you could likely spend an extra two or three hours finding everything there is here to see and do. 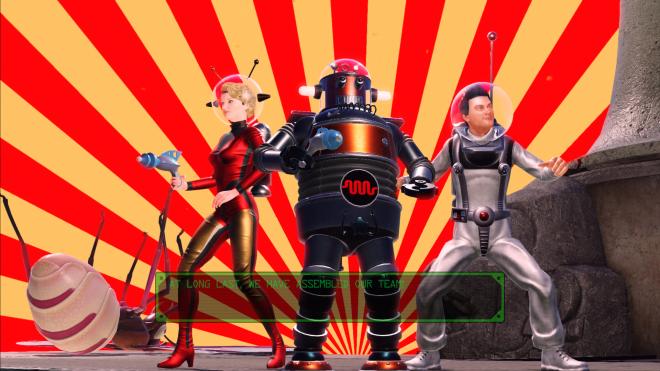 'The Deadly Tower of Monsters' is initially extremely charming and unique, but it runs out of steam way too fast to carry it through its already short campaign. While the aesthetic is terrific, the gameplay and humor don't work well enough to make the game terribly memorable. It's not a particularly bad game, but at best, it's a dull, mediocre footnote for a studio that's done far better work than this.