The Game Itself
3.5 Stars
The Video: Sizing Up the Picture
4 Stars
The Audio: Rating the Sound
3 Stars
Replay Factor
3 Stars
Bottom Line
Worth a Look

'Nitroplus Blasterz: Heroines Infinite Duel' is a crossover fighting game containing 14 characters a 20 partner characters from a variety of franchises created by Japanese publisher Nitroplus, as well as a couple of guests from other franchises. The game is developed by Examu, creators of the acclaimed 'Arcana Heart' series.

'Nitroplus Blasterz' is a bizarre game to see release in the West. Nitroplus isn't totally unheard of, but outside of a few characters, the roster here is largely made up of characters no one but extreme fans will have heard of. Of its 14 playable characters (two of which are free DLC for four weeks after the game's launch), I'd heard of six of them, and I'm exactly the kind of person that'd normally be all over this sort of thing. Roster obscurity aside, 'Blasterz' is a surprisingly competent fighter that works because of how simple it ultimately is. 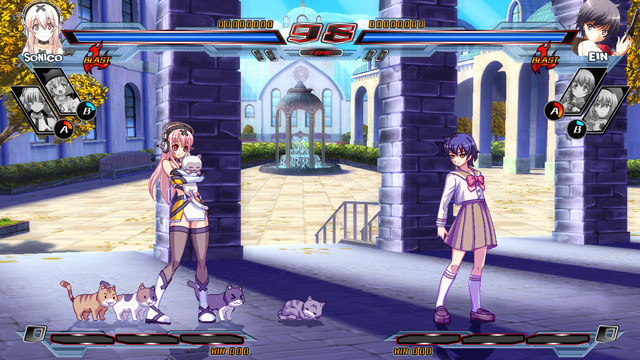 I love fighting games, though I take forever to learn how to play them competently, but over the course of a couple of hours, I'd felt I'd come to grips with just about every character, save for a couple of exceptions. Inputs here are simple, and there's never a move you'll have much trouble performing. It's a surprisingly fast game, but it never becomes overwhelming. Coming from the developers of 'Arcana Heart', a series that I like, but find too complex on occasion, it's a breath of fresh air. If you're buying the game purely because some of the roster interests you, and not because you're particularly into fighting games, this honestly makes a decent entry point into the genre.

But the simplicity is also what keeps the game from being more than a simple enjoyable footnote in the genre. Too many characters play too similarly, and as a result, no one feels particularly standout. There are five buttons consisting of light, medium, and heavy attacks, as well as escape actions (used for evasive techniques and guards) and heavy actions (used to push opponents back). The character sprites are lovely, and do a good job making characters seem more interesting than they actually are, but when you get down to it, it often feels like learning a single character puts you a decent way towards being comfortable with all of them. Sonico, for example, is great fun to play as, but I suspect a lot of that lies in her animations. She herself refuses to fight, the cats that she carries with her keep lashing out at people as she tries to hold them back, with her friends and bandmates sometimes popping in to back her up as a cat blocks her from seeing anything. It's a cute touch, and these little flourishes definitely make things more fun, but I do wish the game had more interesting mechanics to back it all up.

There's an assist system, letting you pick two characters that you can call in after a cooldown period in a fight, and they definitely make things a lot more interesting, with each assist feeling wholly unique. Learning which assists to use, when to use them, and how best to avoid them is a big part of the overall game, and it stops the game from feeling hollow when all is said and done. 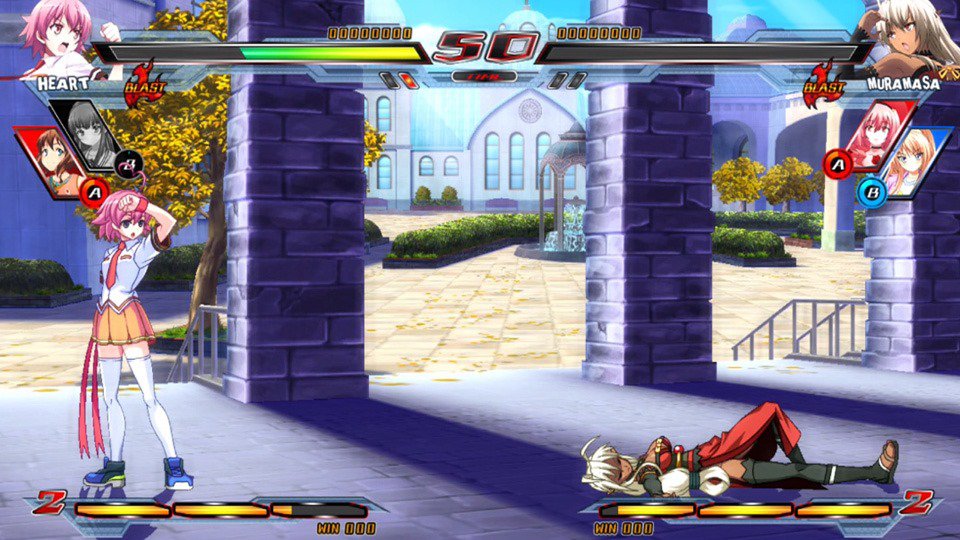 That said, the major caveat in the overall package is the single player content. Granted, fighting games don't really thrive on the solo modes, but it's definitely worth mentioning. The story modes here, of which there are two, are terrible. There's a standard arcade mode, which is largely nonsense, and a more visual novel-styled "Another Story" mode, which is complete nonsense. It reads like anime Lovecraft fanfiction, goes absolutely nowhere, and sets itself up as a prequel to a completely different Nitroplus game from a few years back while also trying to set up its own sequel. The whole thing is structured poorly and feels like a waste of time. Outside of that, there are training and score attack modes, but nothing else. If you don't plan on playing with other people, there's not much here to occupy players.

Thankfully, the online is extremely competent. Over the online matches I played, I experienced no noticeable lag, and the game does a good job with its matchmaking. It remains to be seen how long the game will have much of a community (though sadly, I suspect it won't be a terribly long life), but while it's here, it's great to see that Examu has put a lot of work into ensuring the online functions as it should. 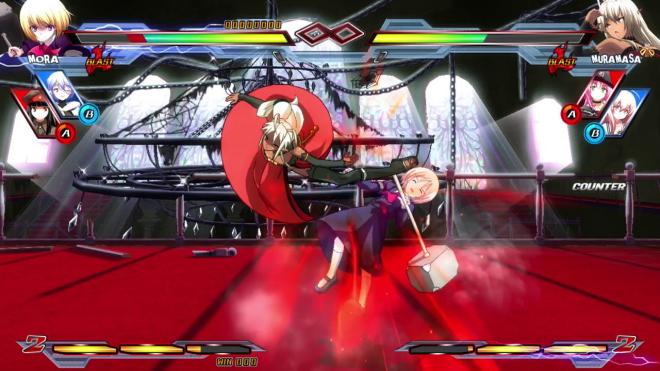 A great looking-game with really lovely spritework. Everyone is lovingly animated and fun to watch. The stages are sadly static, which drags things down a little bit, but the majority of the game is pleasant to look at. It's not the prettiest fighter around, by any measure, but Examu's done well with what feels like a low-budget effort. 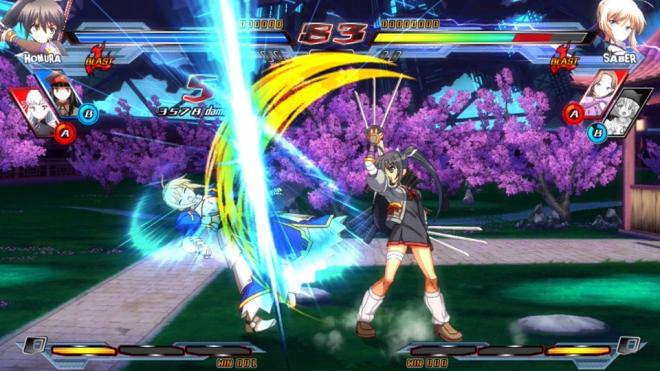 I can't say I remember a single track from the game, but at the same time, I don't remember any of it being bad. It's fairly generic fighting game music that keeps things appropriately exciting, but doesn't do a single thing beyond that.

Entirely dependent on each player, really. The story modes aren't worth playing through more than once, though the score attack mode is there for those who want to stretch their legs solo. There are no real unlockables to speak of (there are costumes and characters listed as "locked", but they are DLC), so this comes down to how often it'll be possible to play with others. Solid online components definitely make the idea of extended play a lot more viable, though. 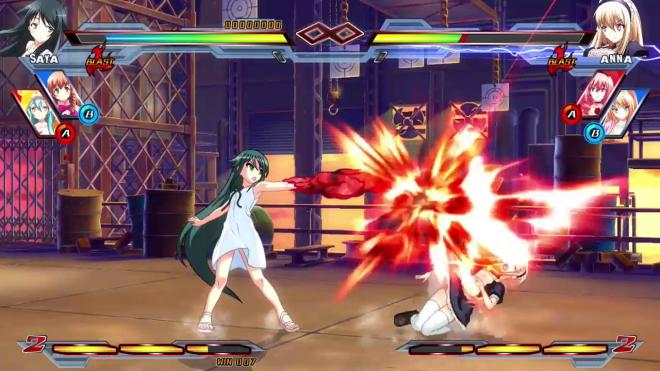 'Nitroplus Blasterz: Heroines Infinite Duel' likely won't capture a major audience within the fighting game community, though for what it tries to do, it's a fun game. Those who are just looking for something light and frothy will have a good time, but if you're looking for much complexity, this likely won't hold interest for terribly long. The stalwart online helps the game a great deal, but lack of moveset variety in the roster isn't particularly exciting. For sure, there's fun to be had with 'Nitroplus', it just requires that you play with other people, as the single player is far too limited for its own good.

Despite all the caveats, though, it's a game I ultimately had a lot of fun with. If you're looking for an entry point into the genre, this is a decent place to start.