The Game Itself
2 Stars
The Video: Sizing Up the Picture
3 Stars
The Audio: Rating the Sound
2 Stars
Replay Factor
3.5 Stars
Bottom Line
Skip It

'Karaski: What Goes Up...' is a social stealth game that tasks players with discovering who sabotaged the world's first airship and why. From Unbound Creations, 'Karaski' is a game about suspicion abroad a vessel where suspicion has been the norm.

'Karaski: What Goes Up...' is an incredibly well-intentioned game. If there's one thing I won't levy against it is that it's certainly not light on ambition. Sadly, for all the ambition in the world, it can't ever overcome a series of hurdles that really made it a slog in the end. The basic plot of finding out who sabotaged the first airship is unique enough, and Unbound Creations does a really good job of fleshing out the history of it all, using little environmental details to make it all a bit more believable. Additionally, the central hook of the gameplay, that your actions can shape the past, present, and future, is executed better than expected. Depending on your actions, characters may have known you from years ago, or might be meeting you for the first time. They can instantly take a shine to you, or hate your guts from the word go. It's a fun system, and it's undoubtedly the game's greatest success. It's just a shame about almost every other mechanic. 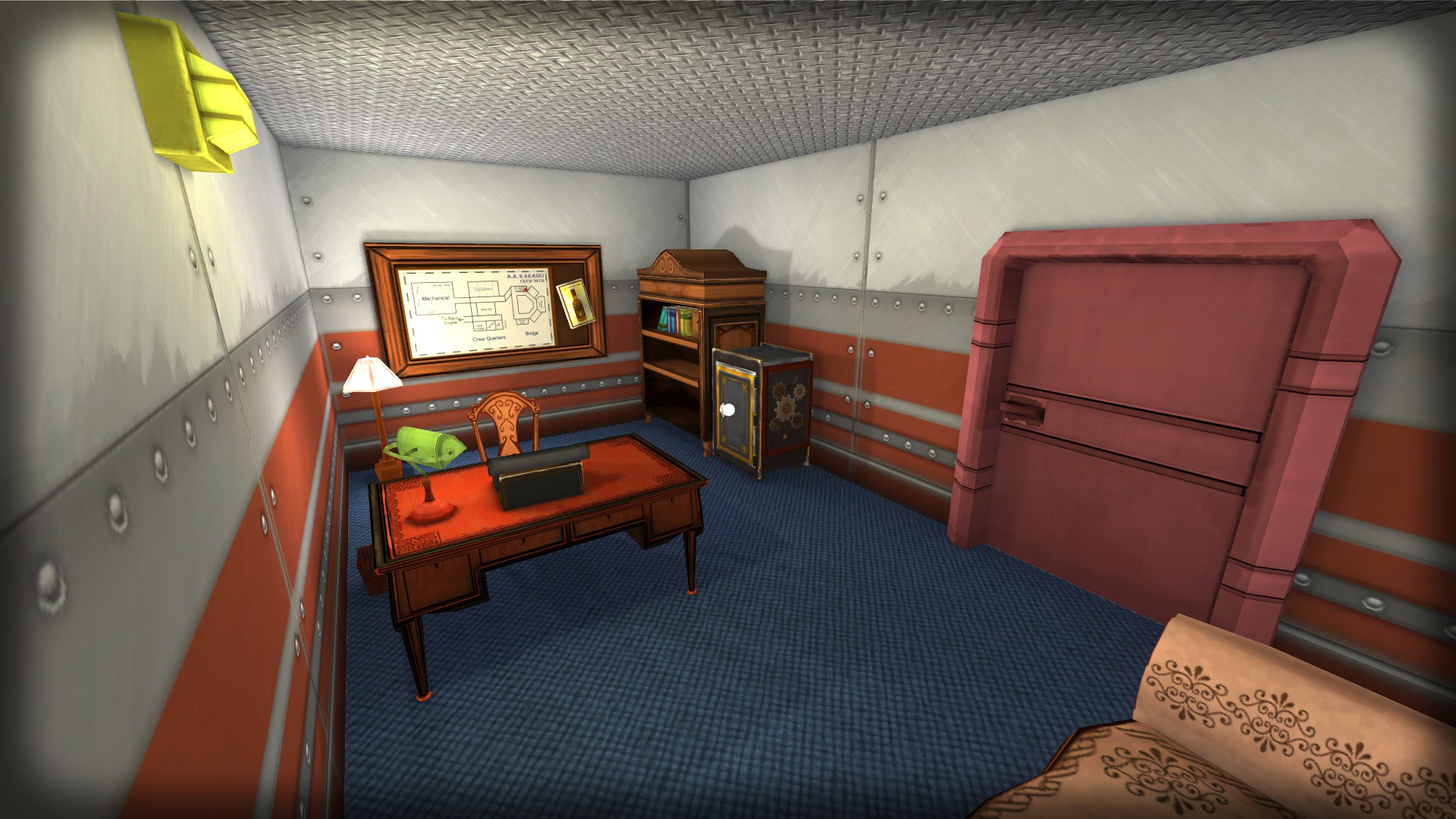 The majority of the game consists of stealth, and throughout the game, you'll be given the opportunity to collect tools to assist you in sneaking around, with the game leaving the order you get these tools totally up to you. You can focus on unlocking vents, or giving yourself a badge that raises the likelihood of guards leaving you alone when they see you. It's open-ended enough that scenarios can play out slightly differently on each attempt. Sadly, the game's short length (I finished my first run in about two hours) sees you getting the majority of these tools within minutes of each other, so it doesn't feel like your choice of tools carries enough weight. I never got lockpicks on my first run, but everything else I had ensured there were very few places I couldn't get to. Ordinarily, I wouldn't find this to be an issue, but in a game that focuses on replayability as much as this does, it doesn't quite make each investigation different enough.

Additionally, you can find upgrades littered around the environment that help you out a great deal. Batteries will increase the speed at which you do things such as use machinery, but slippers ensure that guards can't hear you. These sound great on paper, but they ultimately make many of the mechanics feel weightless. Once I had the slippers, stealth was entirely meaningless, as I could sprint around freely provided guards didn't see me for more than a few seconds at a time. At one point, I ran right in front of a guard to grab some money, and because I left his line of sight fairly quickly, it was as if he'd never seen a thing. I was once caught by a guard, but because I jumped on top of a crate, the guard had no way to interact with me, and so he stopped chasing me. It's worth nothing here again that this was a pre-release press review, and some of these issues could be different in the final build. As reviewed, these issues feel too big to simply ignore. Ultimately, the stealth itself doesn't feel terribly substantial as is. Get caught, and you'll be sent to the entrance of whatever area you're in unless you bribe a guard or can convince him you have reason to be where you are. There's a suspicion meter that raises whenever you get caught, buy if you have money, which is very easy to come by, you can pay to have suspicion removed, making the system feel a tad hollow. 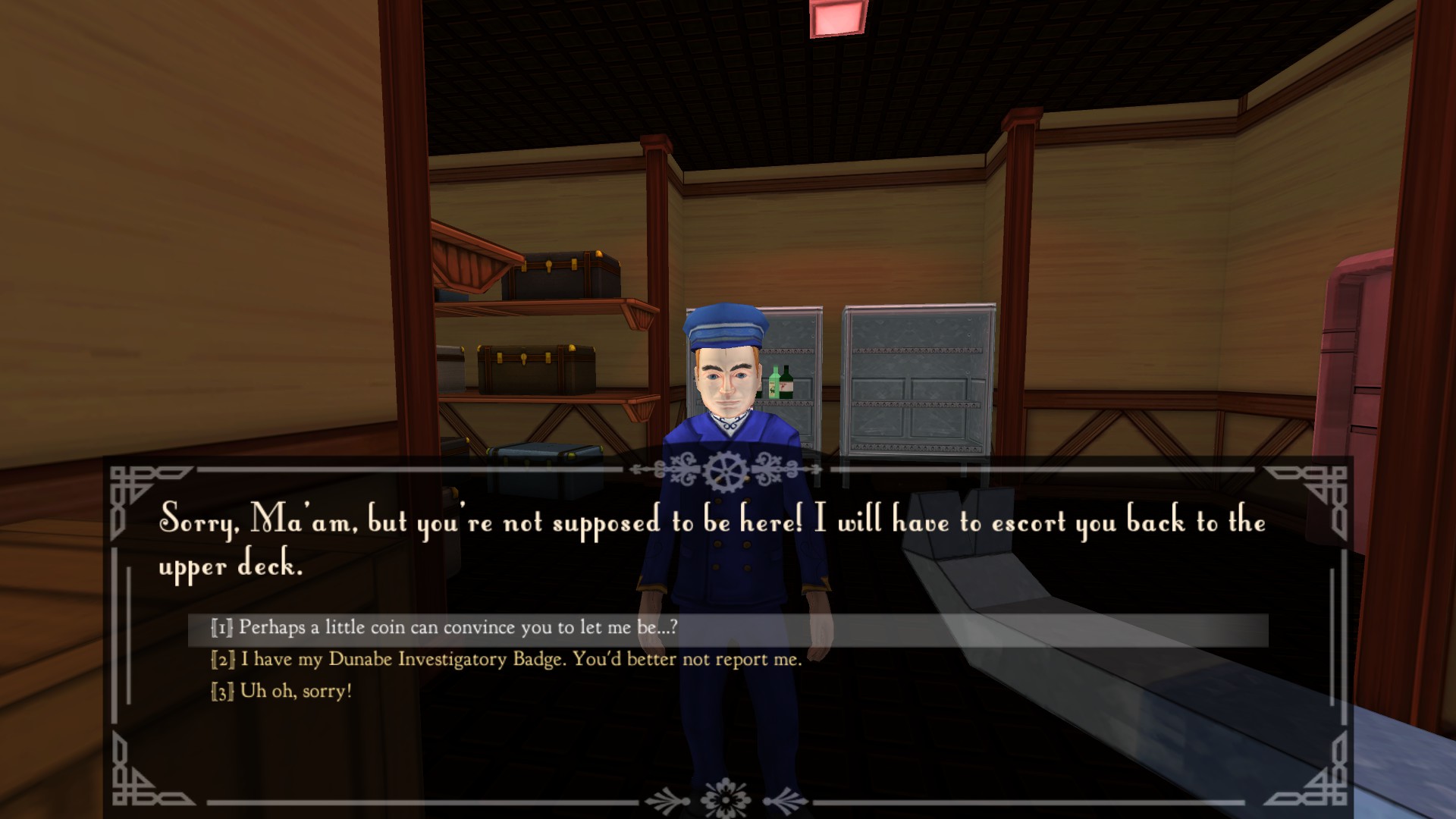 Even the game's dialogue choices don't feel as meaningful as they really should. While many of the little details are altered by what you do, I never felt like I had that much of an impact by the time the game's credits rolled. When the game practically stopped me to tell me what sorts of choices I'd been making that might affect things down the line, the game came across less self-assured and more desperate to impress. It's a shame, because when the writing excels, it creates an effective closed-setting mystery, but it too often feels like its grasping at straws. 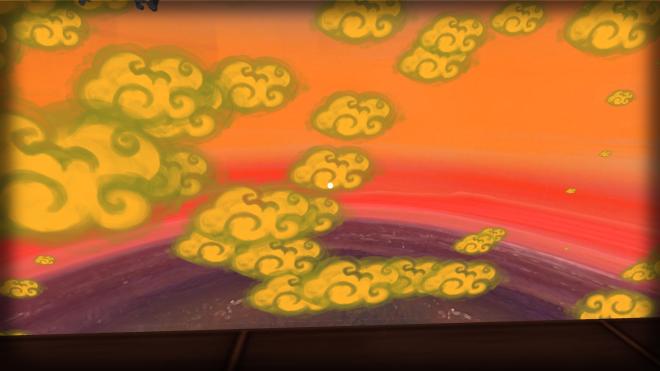 A pleasant enough art style makes up for very sparse environmental work. The game's visuals do help to convincingly sell the setting and time-period nicely. 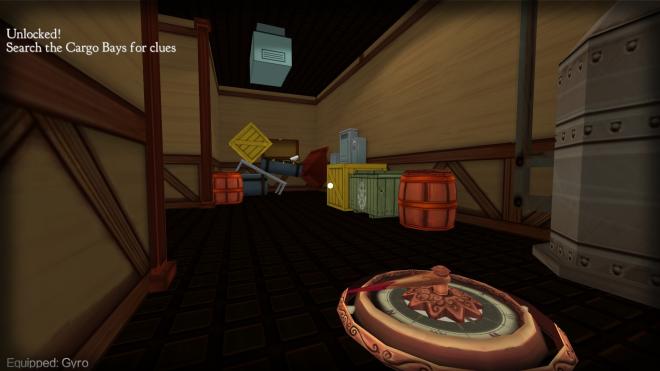 The soundtrack is exhausting, with too few tracks that repeat far too often. The majority of it is royalty-free work, which isn't necessarily an issue, but when a polka track that played a great many times had me reaching to mute my game for minutes on end, it became a noticeable problem.

Plenty of sidequests, dialogue options, and varying endings definitely help ensure that for those dedicated, there's a decent amount of reason to go back once the credits roll. It doesn't change quite as much between playthroughs as it should, however. 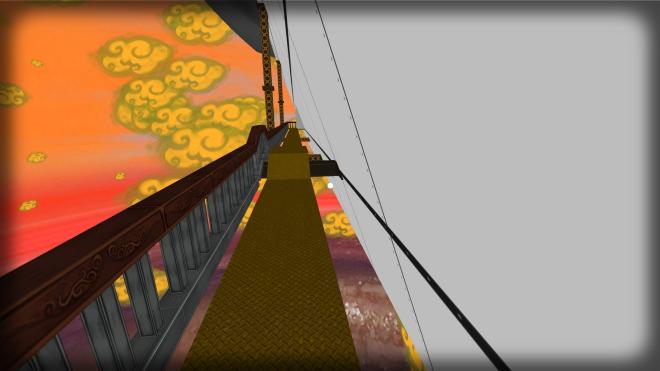 I'm glad 'Karaski' tries as hard as it does, but it's a shame it's let down by the overall structure as well as a bevy of technical issues. It's ultimately a swing and a miss, but if Unbound Creations attempts the formula again, there's a solid framework that could be worked into something very interesting. If you're a fan of games like 'The Ship', there might be something here for you, but right now, it might be best left avoided.