'Layers of Fear' was developed by Polish company Bloober Team. It has spent some time in Steam Early Access and the Xbox One Game Preview Program.

I’m a bit of a ninny when it comes to playing horror games. I love them, no matter how abusive they are to my psyche, but I usually have to take a break every so often for the sake of my nerves. In the case of 'Layers of Fear', I was so intrigued by the story and what was behind the next door that I played it through in one sitting, despite my terror. More than once, kind of - the press kit was so creepy that I missed the instructions and played through all four chapters of the early access version before running through it again on full release. Both versions were scary, and both were different in subtle ways. 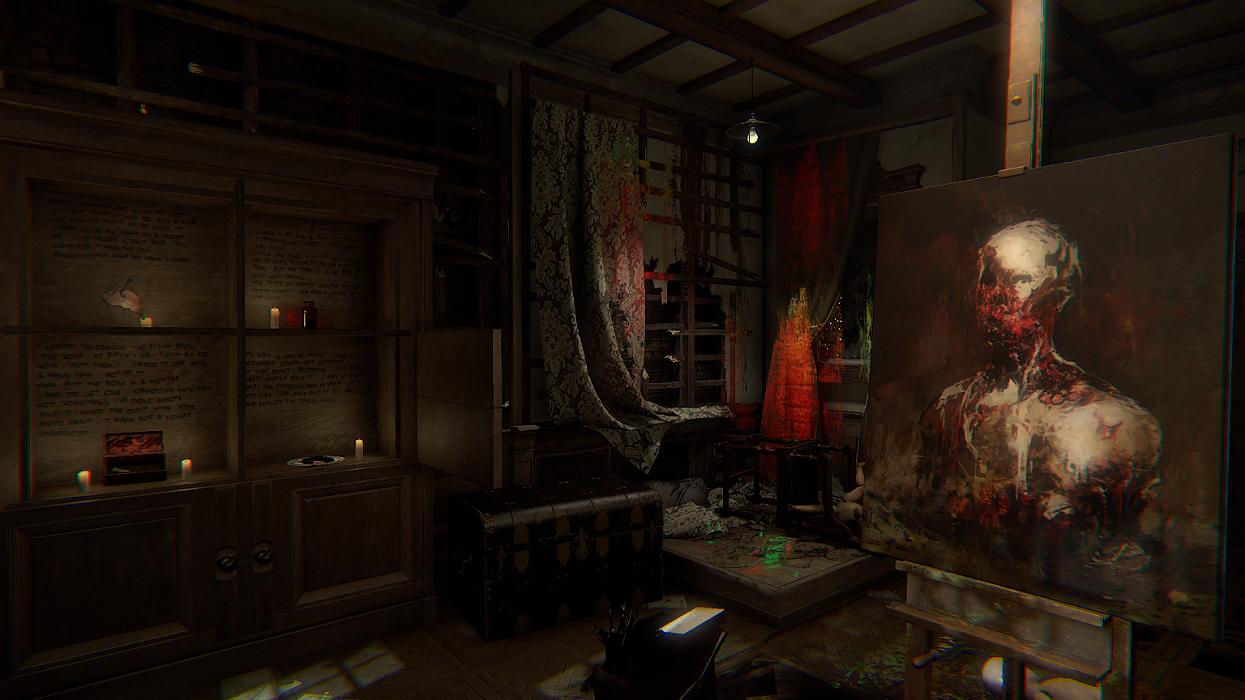 The game takes place sometime in the late 19th century in a mansion that has serious lighting problems. The nameless protagonist is a painter working on his magnum opus, and explores the house to find six important ingredients for his work (hint: they’re not paint). What he discovers along the way is vague, suggestive, and eventually very dark. You see, his wife and young daughter, who normally live with him in the mansion, are nowhere to be found, but there are traces of them everywhere. A child’s drawing, a love letter, a hastily scribbled doodle. Interacting with these objects initiates memories for the painter, and slowly I pieced together what had happened to the family and the house.

Well, in a very subjective kind of way. There are only whiffs of exposition, tantalizing bits of knowledge tucked away in the memories. Bloober is happy to let my imagination run wild with the horrible possibilities of their meaning, as is common for good horror. There are jump scares to be sure, but the game is more than another haunted house. It builds on the somewhat repetitive but still very effective scares of 'P.T.' ('Playable Teaser'), the genius of a demo for the cancelled 'Silent Hill' sequel. In that very short game, the player plodded through a C-shaped corridor for what seemed like an eternity, but every playthrough garnered more tidbits like phone recordings, ghostly sightings, and other spooky occurrences. It was so successful because it put the burden of fear on the player’s mind instead of overt shock or gore. 'Layers of Fear' has that same complexity, in spades. 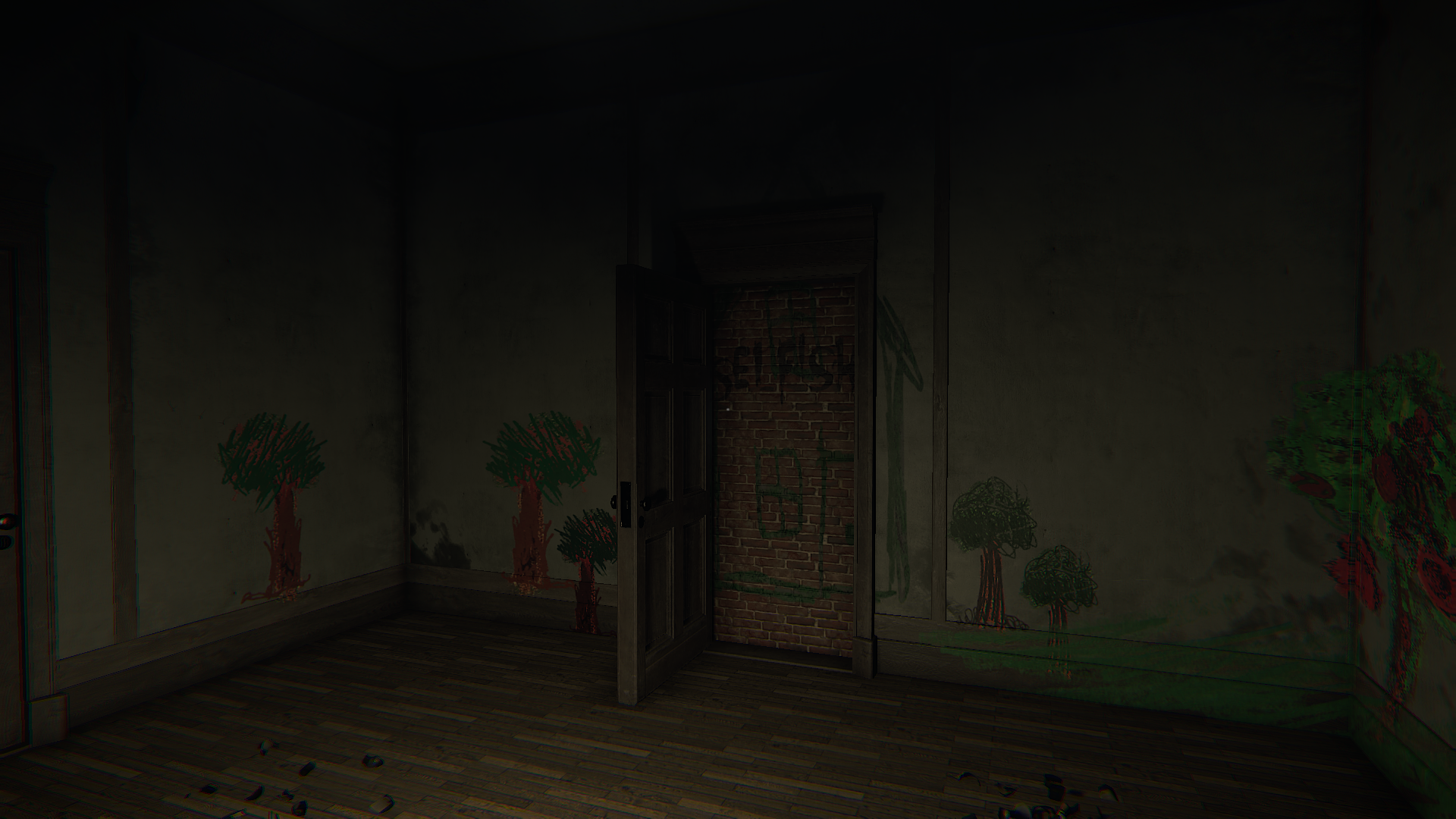 In terms of gameplay, it’s a spartan experience. My actions were limited to walking, quickly walking, and picking things up. Game overs are possible, but I had to work to find them. This isn’t the kind of game where twitchy ghosts run down the corridor and kill the player whenever they make a wrong turn. In fact, it sometimes gave me very specific instructions on what to do, such as when I was approaching a door that read "DON’T LOOK BACK" above it in blood. Of course I’m not going to look back, I’m going to dash through that door and close it behind me as fast as I can.

The horror works pretty well, but the eternal hallways of the mansion can become circular over time. Literally too, as I would walk around a perpetual hallway several times while the game proclaimed "GOING IN CIRCLES" on the walls in mocking handwriting. Each of the six chapters has a puzzle or two hidden in its rooms. Sometimes the answer was right in front of me, as simple as remembering three digits scrawled in paint. Other times it was accompanied by a cryptic clue and I was required to work a bit for the solution. One was so incomprehensible that I had to brute force a 3-digit combination lock, which took me a good ten minutes but was certainly quicker than agonizing over a vague connect-the-dots the devs had left for me. Ultimately though, 'Layers of Fear' is not a puzzle game, nor is it survival horror. There is no crafting, no shooting, not even sprinting. It’s good old-fashioned psychological horror distilled into a video game form, just a little light on the interactivity. 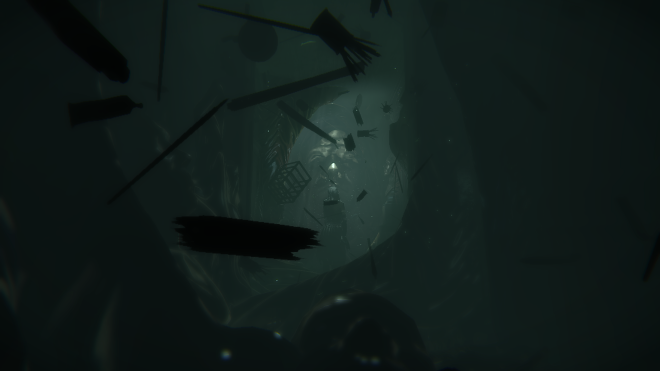 'Layers of Fear' was built with Unity and looks pretty good on the high setting. Lighting in particular is excellent with the exception of some blotted shadows when it’s very dark. The game in general is similar to a Gothic painting, or perhaps like a Gothic painting that a demon created after he dumped paint everywhere and it turned into a grotesque layer of oily skin. The engine stutters sometimes right before a scare, which is unfortunate. 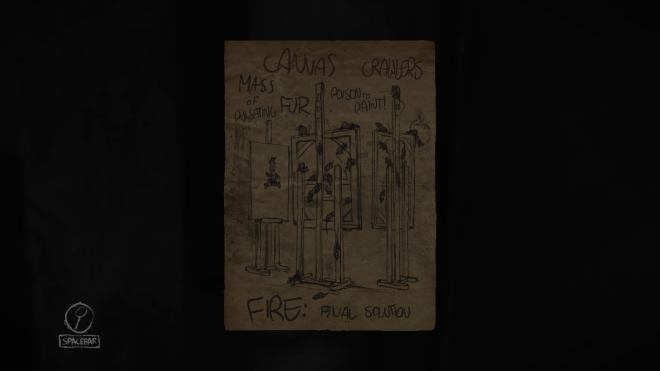 The score is beautiful, mostly done in haunting piano with the occasional operatic vocalist. Sound design is superb. The house has a life of its own, embodied in the creaks of the floorboards, scuttering of the rats, and banging of the windows from the thunderstorm outside. There is little voice acting besides the main character occasionally reading dialogue during a memory.

I hesitate to criticize the game’s brevity, because horror games in the past have diluted their scares with an overlong running time. An average playthrough is probably 2-3 hours, but it would be challenging to find every single clue and memory the first time around. 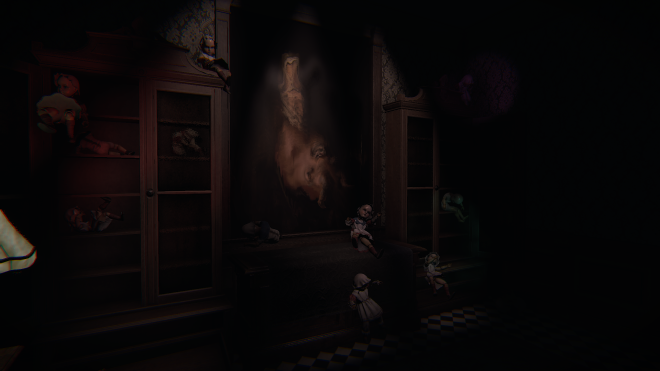 'Layers of Fear' is an imaginative and exquisite horror gem, wrapped up in Victorian madness and medieval art. Traits that might normally be denounced in other games, like the length and low interactivity, only serve to accentuate its dread. Bloober has crafted a delightful nightmare.