The Game Itself
3 Stars
The Video: Sizing Up the Picture
3 Stars
The Audio: Rating the Sound
4 Stars
Replay Factor
3.5 Stars
Bottom Line
Worth a Look

The Witch and the Hundred Knight: Revival Edition

Originally released on the PS3, acclaimed studio Nippon Ichi Software has brought 'The Witch and the Hundred Knight' to a new generation with 'Revival Edition', boasting gameplay enhancements and entirely new content to this dark, twisted action RPG.

Nippon Ichi Software is a studio that I have endless amounts of respect for. 'Disgaea' rewrote the rulebook for SRPGs in such an amazing way that it ended up becoming my favorite game of all time, and 'ZHP' achieved similarly excellent results by smartly tweaking the basic concept of a roguelike. 'The Witch and the Hundred Knight' attempts to apply their design sensibilities to the action RPG, but the shift to real-time gameplay works against many of the game's best ideas. 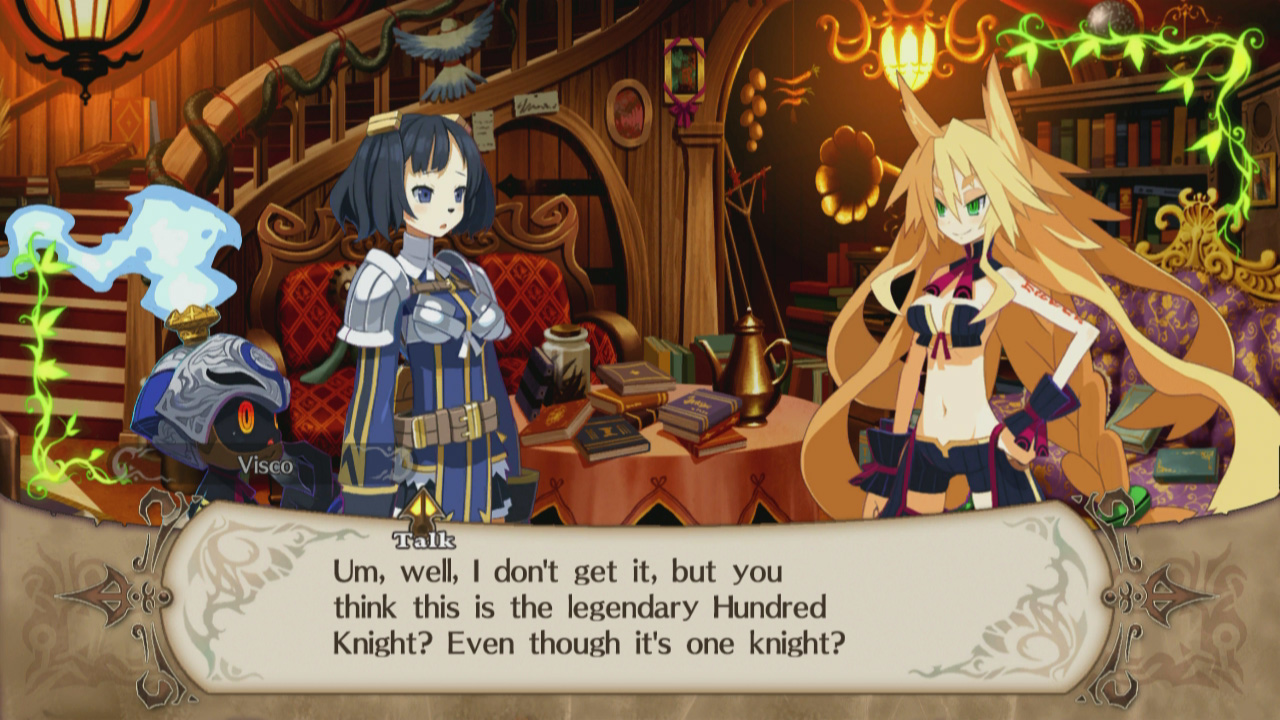 The story focuses on a swamp witch named Metallia, she faces death in 100 days and decides to subjugate humanity by spreading the swamp she is confined to throughout the world. To do this, she summons up a being which is quickly named the Hundred Knight, a small, childlike being that has barely a hint of free will or intelligence, gladly following just about every one of Metallia's orders no matter how vile they might be. This plot is far and away the game's best aspect. It's dark in a way that many won't be fond of, but I actually admire the approach of making the main character almost irredeemably bad. It's very easy to hate Metallia, but that's almost certainly the intent, and this is only bolstered by a largely excellent localization that brings out the absolute worst in her with ease. As it goes on, the plot gets more complex and surprisingly emotionally resonant, but it definitely takes a while for this to shine through, and you'll need to be extremely tolerant of Metallia throughout most of the game's lengthy runtime.

It's a shame the gameplay falters in a fair few ways, though it's certainly not for lack of ambition. Ostensibly a 'Diablo'-esque loothack, the game brings in a bunch of concepts that help elevate things. The basic combat involves setting up decks of weapons that dictate how combos play out, with all enemies having weaknesses and strengths against certain weapon types. Decks can be switched between on the fly ala 'Devil May Cry', so setting up varied decks is vital in order to play successfully. The original version of the game didn't allow for weapon switching in combat, which resulted in players having to fumble through menus far too often or set up inefficient weapon decks that covered all bases, but didn't deal much damage. It's a small but incredibly positive change that greatly improves the combat system and gets rid of a lot of my frustration with the original game. Additionally, the game has a system that slows down time with perfectly timed dodges (exactly like Witch Time from 'Bayonetta') and the ability to switch between facets (essentially character classes) with varying stats that can all be levelled individually. It's a complex system that plays out with a lot more ease than the glut of tutorials in the game's intro would suggest. 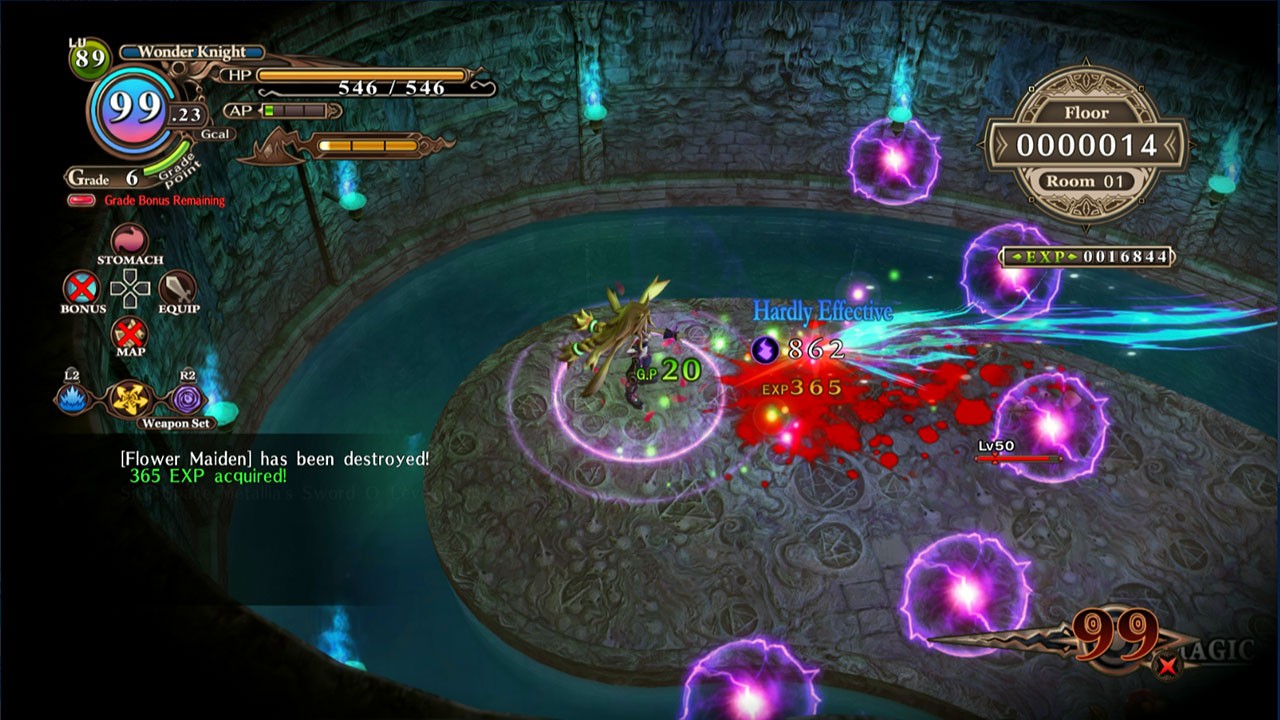 When out on a mission, the Hundred Knight has a "Gigacal" meter that slowly ticks down with every single action a player takes. When the meter empties, the Hundred Knight will start to lose health and die, with the meter draining particularly fast as an area is explored for the first time and the map is filled in. It's a bizarre choice that almost always forces players to leave missions partway through just to recharge. The meter can be refilled during missions in a few ways, but the game limits almost all of the available options to do so to the point where they feel worthless. As enemies are defeated, bonus points are accrued that can be spent to refill a percentage of Gigacal meter, but those points can also be spent on stat buffs that last the entirety of the current mission, which is ultimately far more useful. Enemies can be consumed, but doing so fills the limited inventory with junk. There are items that restore Gigacals with no issue, but they're far rarer than they should be. With this system always hanging over the player's head, it becomes an annoyance extremely quickly, and it holds the game back a great deal.

The level design is boring, too. Too many areas reuse the same forest aesthetic and enemies, and because of the Gigacal system, exploring is punished until the map is largely filled in. Additionally, the game has a horrible tendency to under explain its mechanics. It often introduces new mechanics only to never explain how or why players should bother with them. It'll say that there's a system that lets the inventory become completely dumped if it gets too filled with junk, but it's on the player to puzzle out how to actually make this happen. The game never even teaches players how to do something as basic as use items in combat, leaving them to fumble around most of the time. With so many basics left to discern, the game's complexity is completely undercut.

The new content in this edition of the game largely boils down to an endless tower that rewards players for climbing as high as possible. This area also introduces a system that lets players control Metallia for short bursts, but it barely feels like a substantial addition to the game, and more like a power-up. The addition of Metallia could've been a defining feature of the PS4 version, but instead she doesn't play differently enough from the Hundred Knight for her to really matter. The general tweaks to the combat help things a great deal, but I wish NIS put as much care in here as they do with their handheld 'Disgaea' ports, which add entire new campaigns to their already huge base games. What's here is nice, but I can't help but feel that this port was at least slightly phoned in. 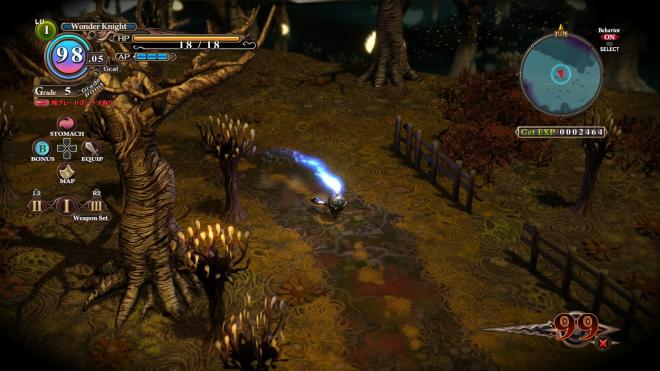 Attractive art direction and wonderful character designs are a good start, but the 3D models used during much of the game which looked bad on the PS3 have only aged poorly since. Levels often feel too visually similar, and for a game with an isometric camera, it loves to shove trees in the foreground, obstructing players from being able to see far too often. 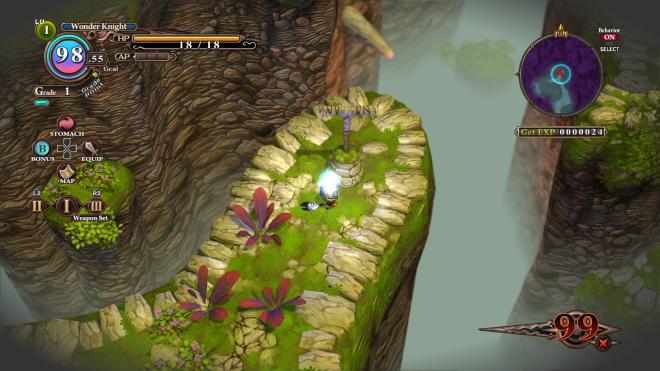 The voicework in both English and Japanese is fantastic, with the English work possibly being a tad superior largely thanks to the excellent performance of Sarah Anne Williams as Metallia. The soundtrack works perfectly with the Brothers Grimm-esque tone of the game, though there perhaps isn't as much variety as there could be, and the sound design is largely great.

There are two wildly different endings, one of which unlocks a lot of extra content. Additionally, there's a very substantial post-game, and the new challenge tower can easily soak up dozens of hours. NIS is great at adding meaningful extra content to their games, and that holds true here. 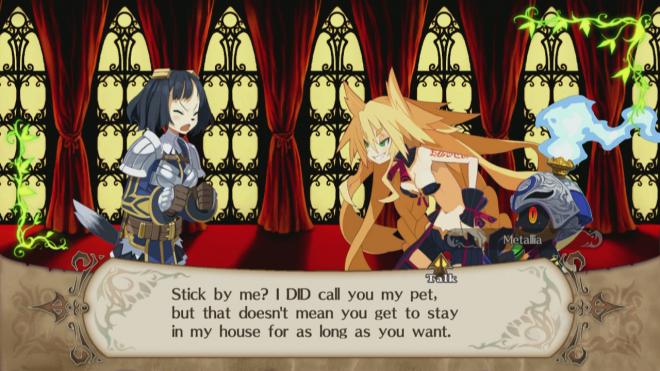 A game filled with ambition that never quite reaches its lofty goals, 'The Witch and the Hundred Knight' isn't a bad game, but it's not a particularly good one. While the 'Revival Edition' is a substantial improvement over its predeccesor, the already confirmed sequel needs to double down on these improvements and change the structural flaws still present here. The story is worth experiencing if you can tolerate a character who's intentionally extremely unlikeable, but as an overall package, it stumbles in a fair few critical ways, and ultimately ends up as one of the weaker efforts from a largely fantastic studio.