The Game Itself
2.5 Stars
The Video: Sizing Up the Picture
3.5 Stars
The Audio: Rating the Sound
2 Stars
Replay Factor
3.5 Stars
Bottom Line
Skip It

'Sadame' is a sprite-based action RPG set in Sengoku-era Japan developed by Mebius and exclusively released on the 3DS eShop. The game has been Japan-only for several years now, but thanks to Rising Star Games, it has finally become available to English-speaking audiences.

'Sadame' is an interesting game, if nothing else. It aims to fill a gap that nobody really approaches by not only bring 'Diablo'-style combat and looting to 3DS, but also to shift the setting from traditional fantasy to Sengoku-era Japan. It's an admirable attempt, to be sure, but it fumbles the fundamentals in a way that really damages the overall product.

There's very little story to speak of, and what's there feels more like window-dressing for the gameplay, even the four playable characters barely differ in terms of personality, instead acting more like character classes than anything else. That said, I feel like the muted plot lends itself to the overall design of the game quite nicely, keeping the pace snappy and leaving the game feeling arcade-esque in a way I rather appreciate. I just wish the combat was a little bit more engaging.

As previously mentioned, there are four classes: Samurai, Ninja, Monk, and Rogue. All of them do feel somewhat distinct, and no matter who gets picked, the game drops loot for every characters, which encourages players to switch classes between stages. I like the basic approach, but having started as a Rogue, I very quickly discovered that most of the game can be finished with practically no challenge. The Rogue fights with a naginata and a bow, but I found that just doing a heavy attack with the naginata killed just about every enemy in a single hit, ultimately making combat thoughtless. There's a basic combo system, with combo attacks getting unlocked as progress is made, but the heavy attack was all I ever needed. Collecting loot enables the tweaking of the smallest details and stats of to an insane degree, but when combat can be handled so easily, it never feels worth it. There are multiple difficulty levels, but the game forces players to unlock anything higher than the easiest setting, leaving the first few hours feeling far too simple. Bosses would die after five hits, and even the very rudimentary magic system felt useless outside of using a healing spell every few minutes. 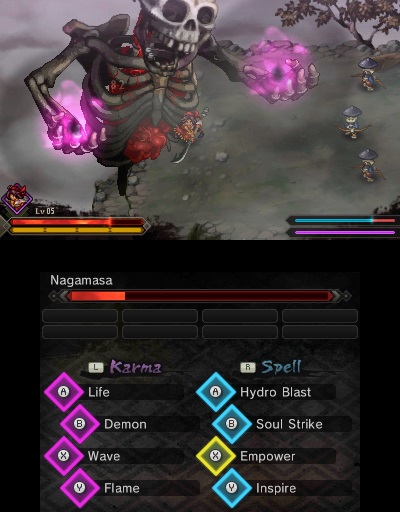 It's a shame, because the core design outside of combat is nice. Loot drops happen very frequently, Between stages, the game's neat levelling system, which calls to mind the sphere grid in 'Final Fantasy X' with a ton of depth, would seem to provide a fun activity. And yet, when the difficulty raises ever so slightly, it feels as though the minute details have almost no impact on anything. I simply kept hacking my way from enemy to enemy, never putting a single thought into any of it.

Surprisingly pretty spritework and background art help the visuals stand out even with their relative simplicity. The boss designs are tremendous and help convey a sense of scale to the fights, which makes for some memorable encounters.

The soundtrack feels totally nondescript and the sound design fares poorly, with most sound effects appearing more appropriate for the GBA or DS. There's no voice acting or anything to speak of, and after hours of dull audio, I found myself listening to other things. 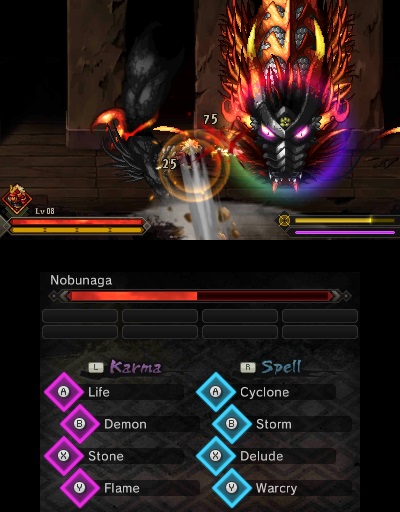 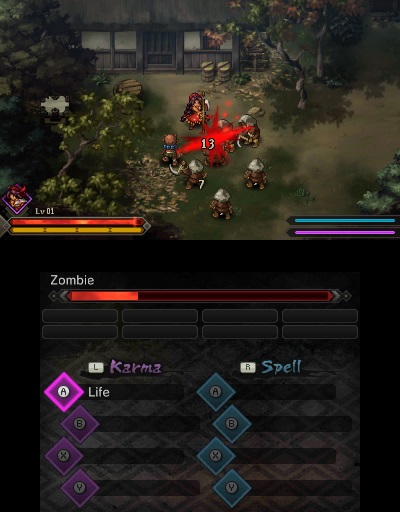 Easily the best aspect of 'Sadame'. There are tons of randomized loot, unique events for each character, branching level paths, and unlockable difficulty levels that can keep dedicated fans busy for dozens of hours. 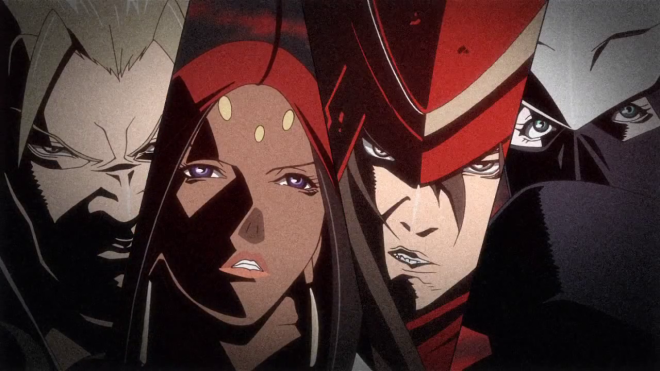 While 'Sadame' isn't a bad game at all, it feels like a particularly hollow one. The game has promise, but it all gets squandered on combat that's too simple and dull for its own good. For $15, the quantity of content is impressive, but despite the good ideas present, 'Sadame' doesn't have nearly enough variety or challenge to ultimately make it feel worthwhile.