The Game Itself
3 Stars
The Video: Sizing Up the Picture
2.5 Stars
The Audio: Rating the Sound
3 Stars
Replay Factor
3.5 Stars
Bottom Line
For Fans Only

'Impossible Creatures' was released in 2002 by Relic Entertainment and Microsoft Studios. It spawned some expansion packs, but was given lukewarm reviews and was not followed by any other titles. Late last year, Nordic released a remastered Steam edition that includes all of its post-release content and some graphical upgrades, and Steam integration.

'Impossible Creatures' is a real-time strategy game that operates much like many other games in its genre, but its gimmick is craftable army units. Each class of unit is made by the player themselves in the menu by combining the traits of two different creatures. There are five swappable body parts - head, front legs, tail, etc. - and the configuration of these parts, along with the species of the host creatures, dictates what the unit is capable of. Animals can have varying attributes depending on their pedigree. A bear’s front legs, for instance, inflict more damage in melee combat than those of many other animals. The long neck of the giraffe gives its associated creatures a sight radius bonus. A skunk hindquarters grants a cloud of debuffing stink. All of these traits can be combined in the same creature (limited by the two-creature maximum). 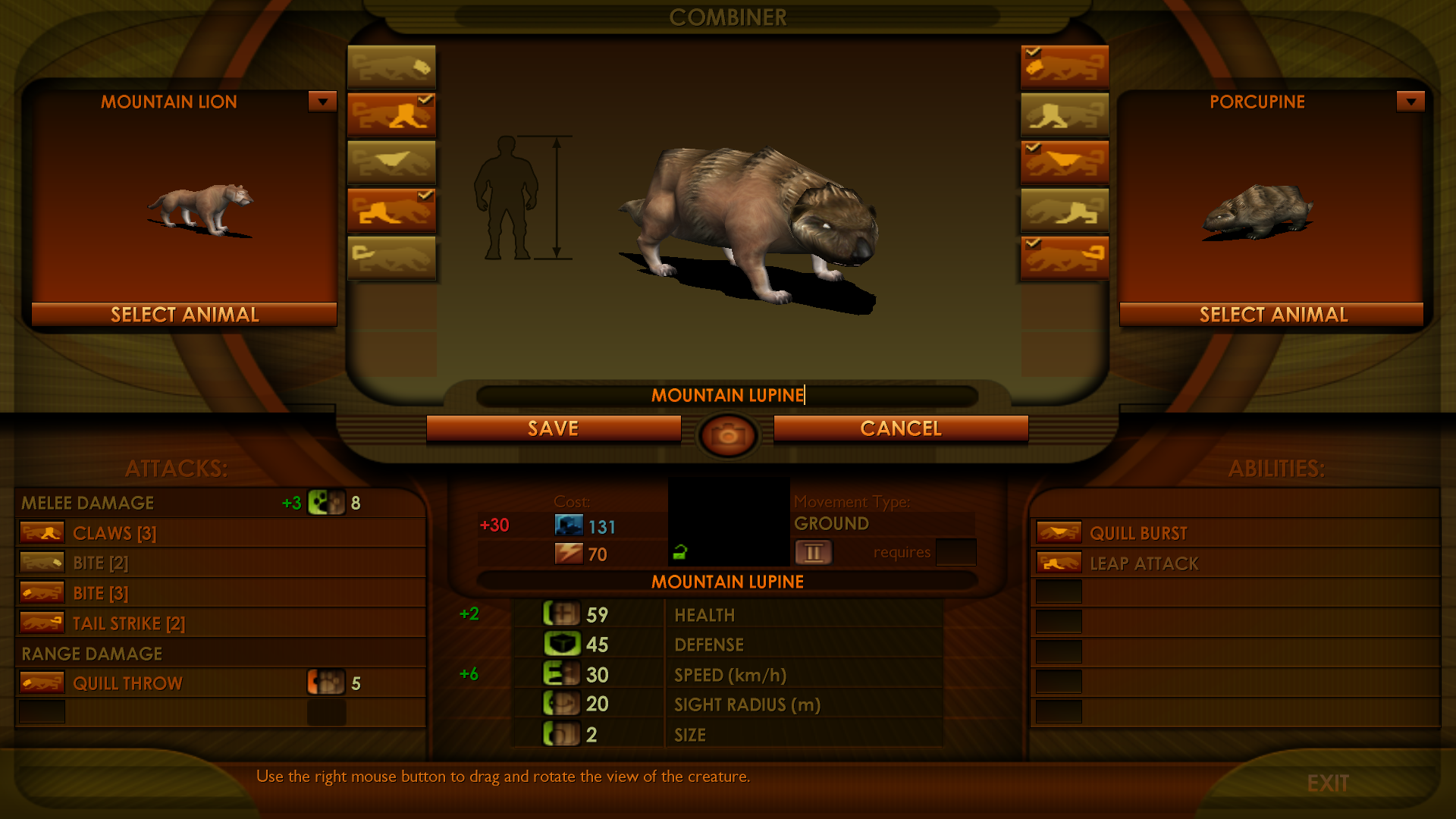 On paper, this is an interesting system that could lead to a deep level of strategy, mixing and matching animal parts as needed to defeat particular enemy formations. In practice, resources are plentiful and it’s not hard to complete most objectives by simply swarming enemy bases with whatever creature I had come up with, traits be damned. Many RTSs get through otherwise dry campaigns by presenting missions as a sort of puzzle that can only be solved by the correct application of tactics, or perhaps out-of-the-box thinking. In 'Impossible Creatures', I just zerglinged the enemy every time for an easy, if somewhat time-consuming, win. Enemy AI is conservative and mostly content to let me build up my forces throughout the course of the mission, sending thin patrols every so often to harass my builders, but were ultimately unable to provide a real threat. 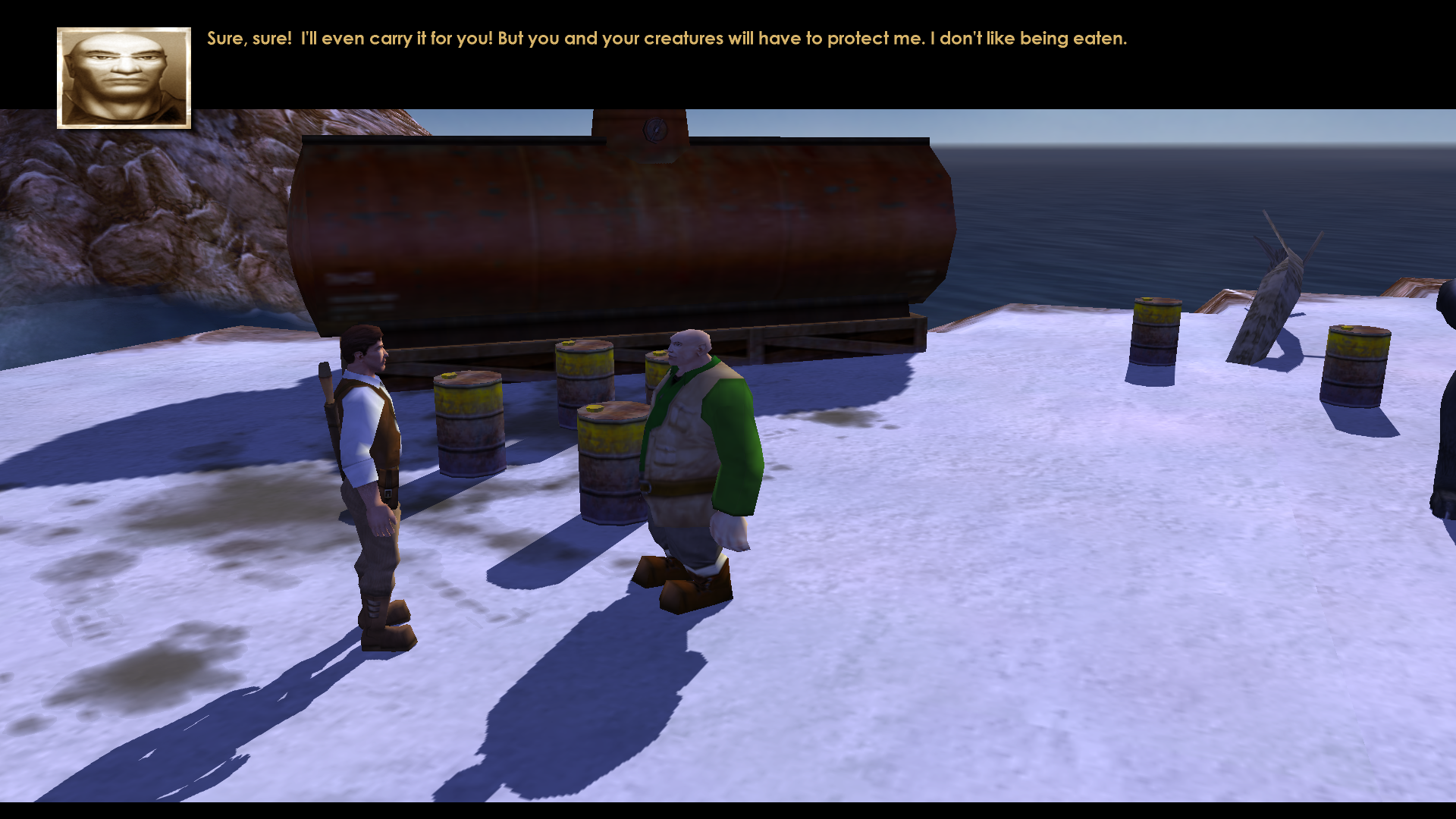 The creature design tool itself could have done more, such as allowing three or even more hosts to contribute to a single Frankenstein monster. This limitation is probably to be blamed on the level of technology in 2002 and not the philosophy of the designers. Still, the remake doesn’t add a whole lot in functionality or content beyond the DLC, so anyone who wasn’t won over fourteen years ago won’t find much to entice them back.

The story is 1930s pulp fun, not meant to be taken seriously by itself or anyone else for that matter. It’s kind of a campy, lighter edition of 'The Island of Dr. Moreau'. Rex Chance (of course that’s his name) has come to a remote island to look for his estranged father, a mad scientist who likes to play around with animal genes. Daddy Chance has managed to attract the attention of a corrupt mogul who wants the Sigma creature tech for himself, and so on. It’s not hard-hitting, but good for some laughs, or at least wry smiles and head-shaking. 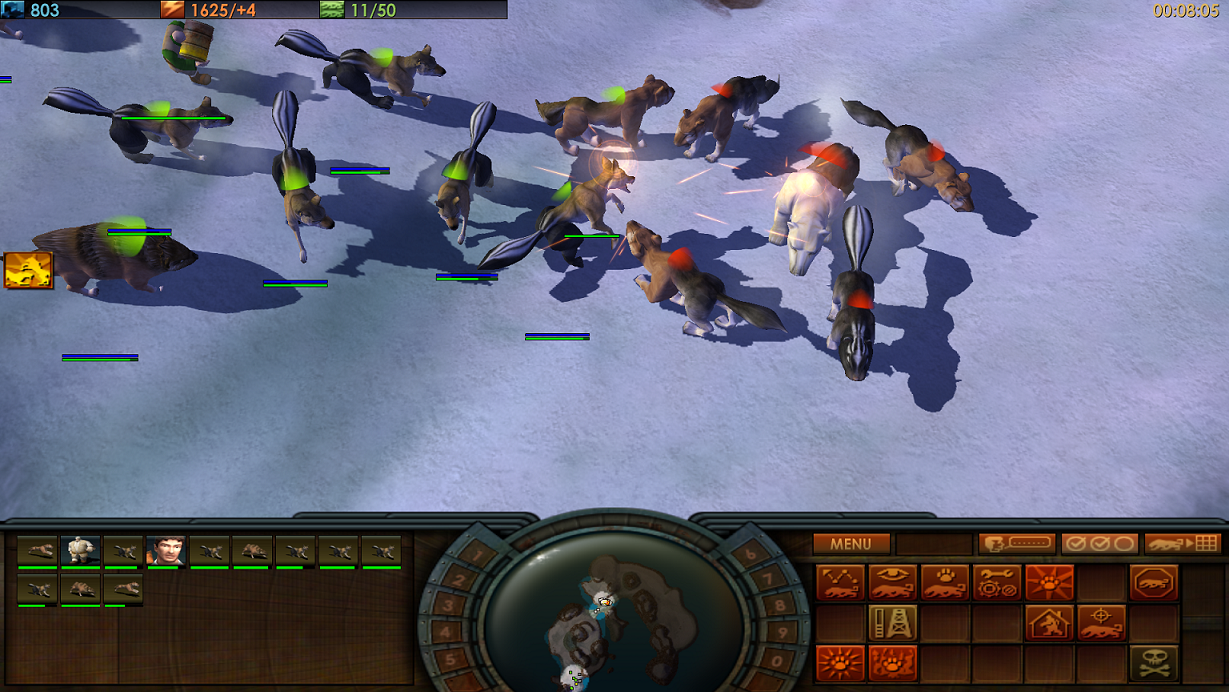 It has issues, but 'Impossible Creatures: Steam Edition' still provides a solid RTS experience. After playing the most recent 'Starcraft' for many hours, I was surprised at how little the genre has really changed after so many years. I’m not talking about production value or visuals - obviously those have made huge breakthroughs. But the core of RTS - base building, gradual escalation of unit power, accumulation of resources and expansion - those are timeless and will probably always be fun, so long as the developer can get the balance right and provide a nifty framework of some kind. 'Impossible Creatures' offers that, in a nostalgic and aging package. I think that the creature designing feature could be something special if the franchise was given a modern installment and not just a remake, but the fans will have to make do with this for now. 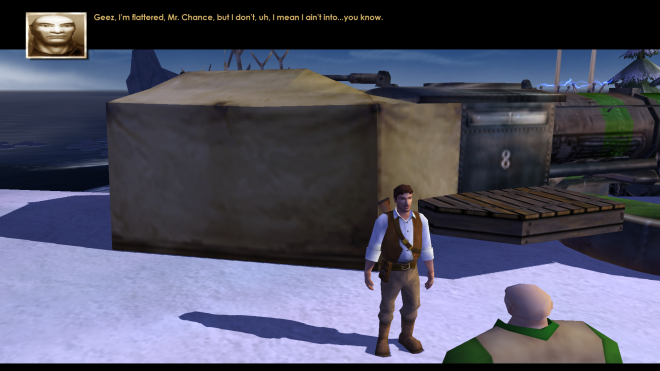 Some modest improvements have been made in textures, and the framerate is lightning fast, but this game isn’t a looker. Models are fuzzy at a distance and the level of detail is low. Normally the visuals wouldn’t limit my enjoyment with a game to a significant degree - I mean, take into consideration the huge amount of excellent indies these days that look like potato - but in the case of 'Impossible Creatures: Steam Edition', the lumbering animations and overall low quality managed to dampen my spirits somewhat. 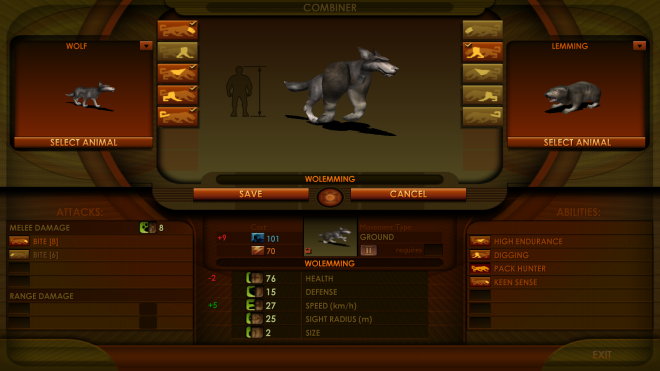 Several notable voice actors contributed to the original release, usually with deliberately overdone performances. David Kaye in particular (Nathan Hale from the 'Resistance' series, among many others) does the hammiest New Jersey accent since 'The Sopranos', and it becomes a bit grating after a while. The jazzy soundtrack is a high note, however.

The campaign is lengthy at over 25 hours, and of course the 'Insect Invasion' bit adds even more. In-game modding in the form of the map/mission editor is also available, and is compatible with legacy community content.  There is a multiplayer component, but as of the time of writing I had little luck finding opponents to throw my creatures at. Scenarios against the AI are another option. 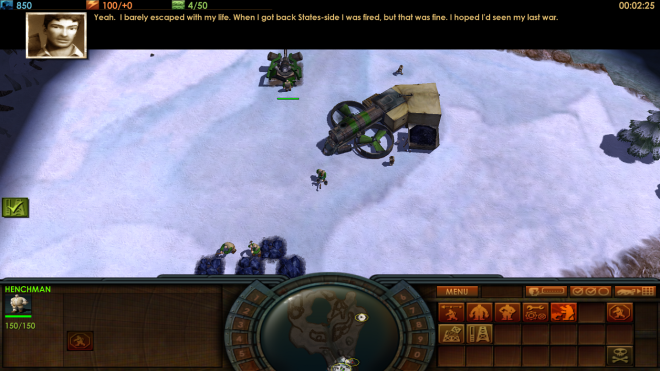 'Impossible Creatures' was a decent strategy game upon first release, but time has not been kind. It’s not a bad experience, but there are far better RTSs available on the market.