The Game Itself
3.5 Stars
The Video: Sizing Up the Picture
3 Stars
The Audio: Rating the Sound
3.5 Stars
Replay Factor
3 Stars
Bottom Line
Worth a Look

The 'Soban Fleet Pack' is the first DLC for 'Homeworld: Deserts of Kharak', an RTS taking place in the far future. The pack contains a new fleet composition for the skirmish and multiplayer modes, including voice work, textures, and most importantly, new abilities.

The Coalition fleet of the base game is built for mobility and aggression. The carrier is intended to stay far from the front line, sending out huge squads of small, fast units to harass and destroy enemy formations while slowly upgrading hardware and abilities with collected resources. The carrier itself is not defenseless, but its slow speed makes it vulnerable. The Soban fleet, however, has a different design philosophy. It combines a hardier carrier and supply line defenses with debuffing effects on its attack units. This makes it perhaps a more "top-heavy" fleet with a slightly reduced emphasis on mobile damage, but gives it interesting options when paired with friendly fleets. 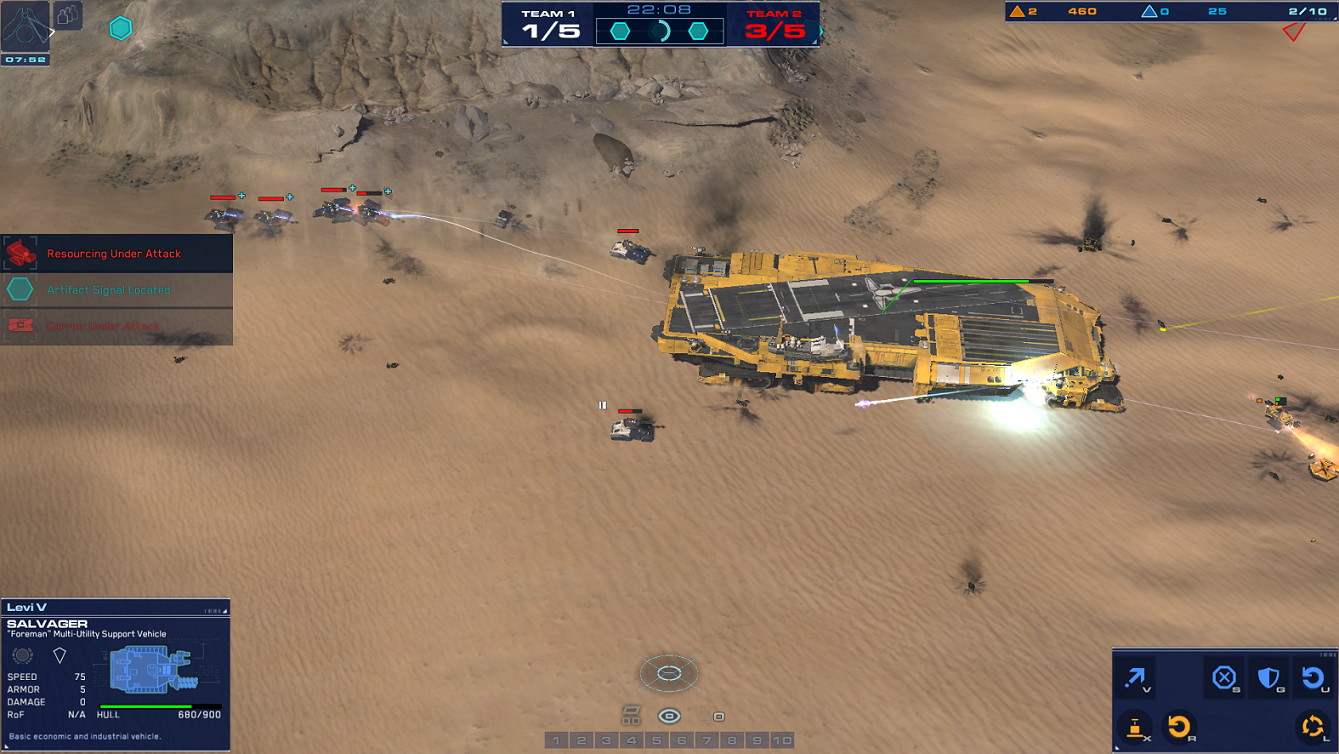 In the campaign of 'Deserts of Kharak', the carrier sometimes has to move about the maps, as the tribe is nomadic in nature. In skirmish and multiplayer, the only modes where the Soban fleet can be fielded, there is less of an incentive for a mobile carrier. The maps are static and leaving the staging area will result in a vulnerable supply line operation, as the salvagers that collect tribal resources will have little means to defend themselves. The Soban carrier, with its microwave emitter, defensible logistics modules (the little gadgets that permit a larger fleet size), and heavy rails for point defense, is more difficult to take down than the Coalition or Gaalsien versions. Power can be diverted to the logistics modules for more firepower, which isn’t a huge benefit but does give a surprise to attackers unfamiliar with the new technology. The carrier’s railgun, however, is powerful, and has a longer range than traditional point weaponry. During skirmish matches where AI opponents frequently rushed my base in the first few minutes, it bought me valuable time to develop proper defenses. 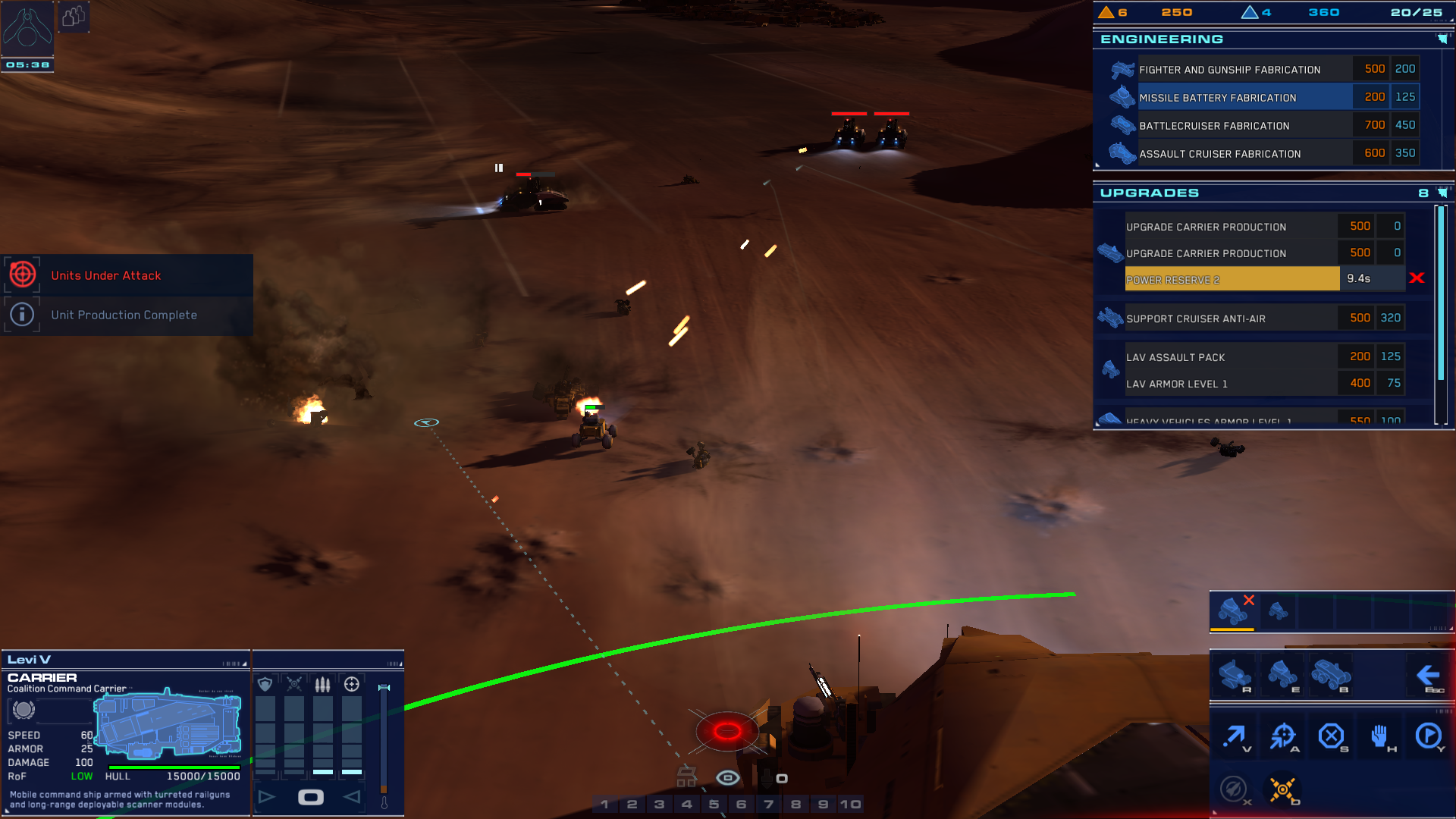 In a particularly desperate moment, when my base was about to be overrun by filthy AI Gaalsien aggressors, I noticed that my fleeing baserunner had a new ability, the targeting jammer. With nothing to lose, I launched it in the middle of the clustered enemy squad. Unable to fire, they had to move outside of the bubble to keep fighting, either out of their own range or into my carrier’s railgun range. It saved my bacon for only a couple of minutes until the next squadron arrived, but during the next game, I used it to irritate enemy armor who were attacking an ally. 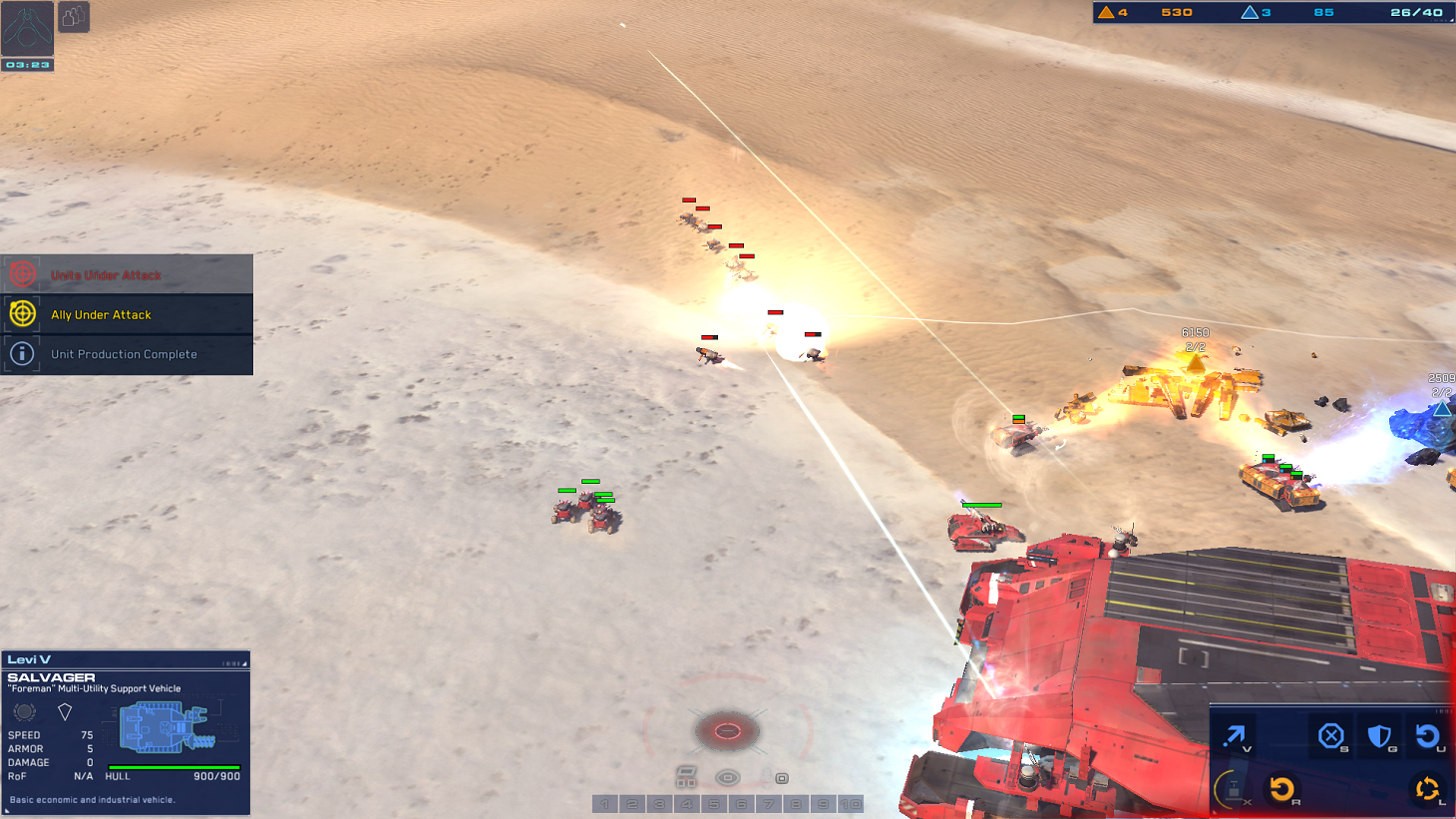 Railguns, another common weapon in my formations because of their low price point (I’m very cheap when playing strategies, it turns out), have been given a target painter. This support ability lets them increase damage from all sources against a single target, so high-value enemies like tanks and such can quickly be busted down before they can inflict much damage.

The new abilities are fun and have creative applications, but due to the predictable nature of 'Kharak’s' AI, it can be problematic to use them during skirmish mode. PvP multiplayer is a better test of their use, because humans occasionally use different strategies when fighting. The Soban tend to shine when paired with a more aggressive fleet, so the Soban can spend their resources on debuffing while the allies pay for sheer firepower. When splitting resources between debuffing and damage, I lost more matches than I won. 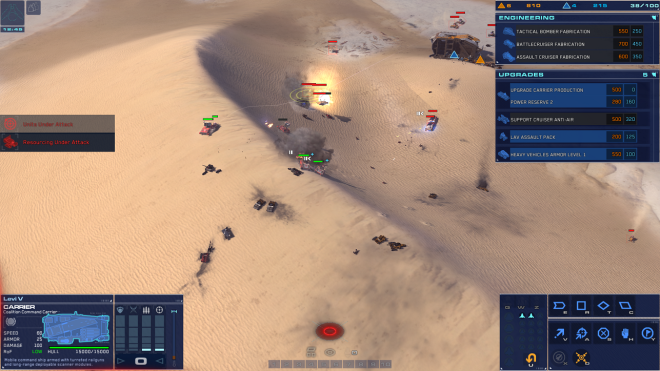 The Soban have a different texture pack than their brothers in the other fleets. It’s neat, but as is the case in most strategies, things like this are lost on me. The camera is usually zoomed out too far to get a good look at individual units, and this game especially uses a wireframe radar mode where units are rendered in simple geometric shapes. 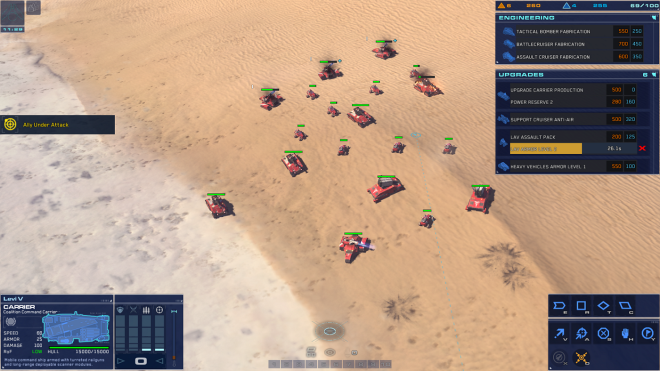 Little has changed in the sound department except for new voiceovers for the Soban fleet. Like the base game, the voice acting is has a raw feel but still fits in perfectly with the mystic sci-fi theme.

The Soban cannot be used in the campaign, and do not come with a campaign of their own. For players who don’t already enjoy the multiplayer, it might not convert you, but it does offer some novel gameplay for current fans. 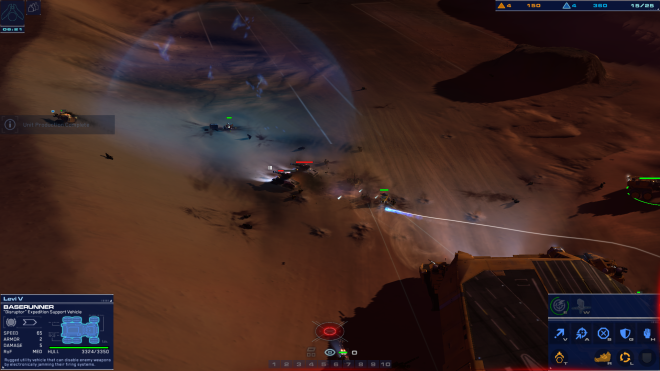 The 'Homeworld: Deserts of Kharak - Soban Fleet' makes for a small but potentially significant DLC pack for players interested in a more defensive fleet configuration or fresh options when playing with friends. This is basically a complimentary DLC addition that players new to the base game might not even take notice of right off as the Soban fleet doesn’t fundamentally change anything. For those who have enjoyed the 'Homeworld' prequel, it’s worth playing at least a few matches with the fleet.