Remedy began messing around with time manipulation back in 2001, when their sophomore title 'Max Payne' was a big hit on the old PlayStation 2. They have steadily been crafting their trade ever since, with a focus on highly cinematic experiences and solid gameplay. 'Quantum Break' has been in development for quite a long time now, especially considering its original release date was in 2014.

In addition to being a promised Remedy showcase on the Xbox One, 'Quantum Break' has the distinction of offering players a live-action story component.

In describing the setting and atmosphere of the game, I wish I could say something as simple as "'Quantum Break' takes place in the present day". The truth is that as a time travel game, I really had to come in with an open mind in terms of how a narrative works. With time travel it is easy to lose the audience in a twisty-turvy story that is too complicated or scientific for its own good. The happy medium is hard to find: smart enough to keep people interested, but not so much that it prattles endlessly about quantum physics. 'Quantum Break' is able to walk this fine line and, despite meandering a few times, kept me interested throughout its runtime. 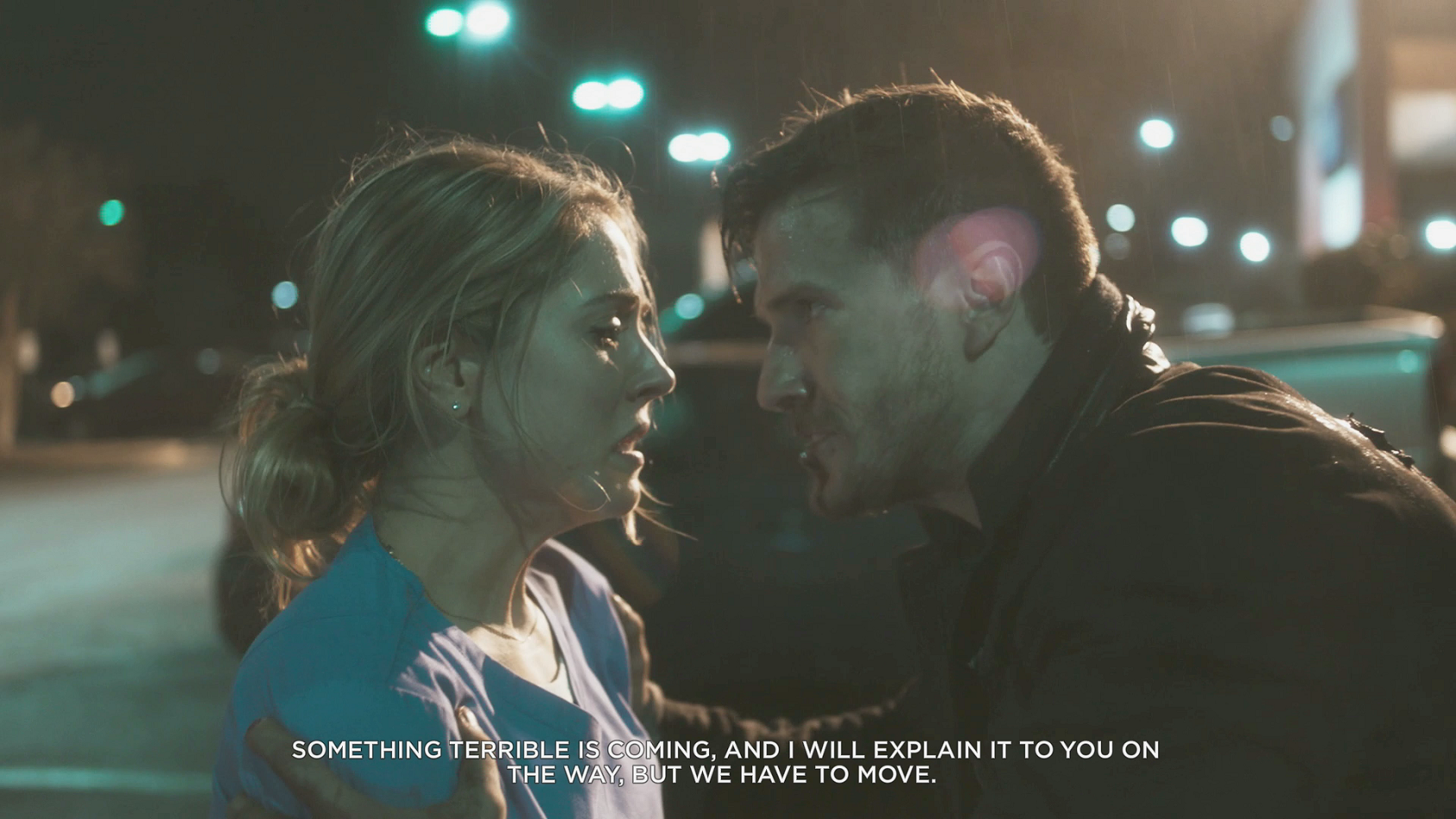 Our hero Jack was summoned from Southeast Asia to help a friend with a science project. He then inadvertently explodes the lab and, as is the case with many superheroes, develops awesome powers in the process. It starts off slowly - a little hiccup in time here, a modest force field there, etc. Really entry-level superhero stuff. Beginning in act three, playing as Jack becomes far more epic. He can slow down time for longer periods, using the lull to inflict heavy punishment on enemies. He can cause temporal explosions, achieve a sort of teleporting effect, and freeze enemies in one place while disabling others. Time travel in gaming is not new, and yet during fights I often felt the warm glow of excitement that comes with empowering gameplay. 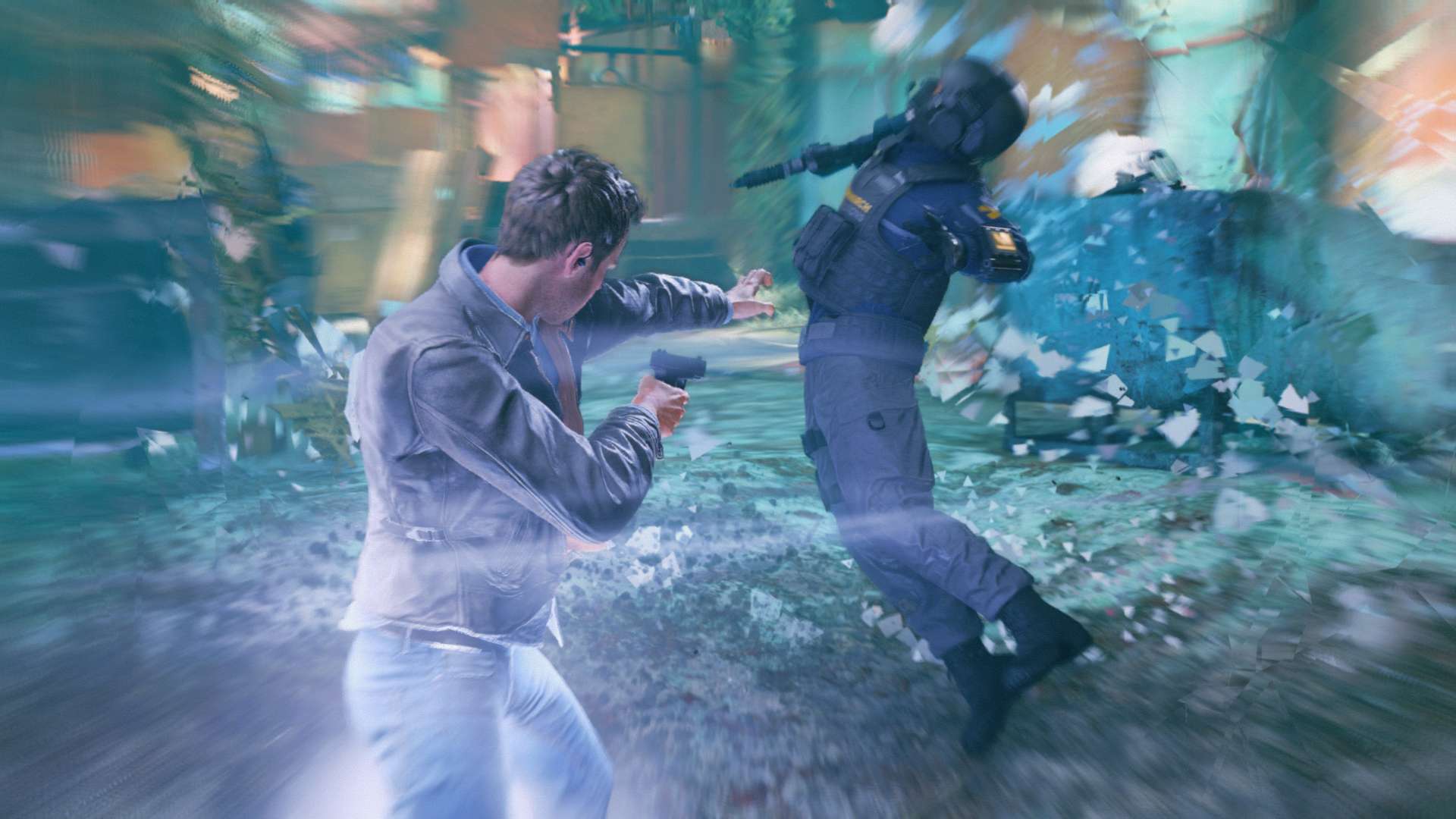 Ultimately, it is a cover-based third-person shooter, with brings with it a measure of fatigue, but it manages to mix in lively gameplay with genre basics. There are enough powers, and enough enemies, that every fight turns into a frenzied dreamstate of frozen bullets and perplexed guards. In the early game the fights were quite easy, as Jack's skills give him a huge advantage over mundane humans. Quite pleased with my ability to bend time to my will, my smugness quickly dissipated in Act 2 when time-traveling opponents entered the fray. I launched a ball of time slowness and brought up my pistol for what I thought would be an easy kill, then watched with bewilderment as the enemy stuttered out of my sights, dashed to my position, and slapped me squarely in the face.

Perhaps the best part about the script is how cagey it is with the answers. In fact, for much of the first two acts I was puzzled almost to the point of vexation. Then I realized that, like the hero Jack, I couldn’t just come into a time travel story and have everything laid out neatly in front of me. That’s the whole point. Time jumps around, years get blurry, the past is actually the future, and so on. Jack Joyce and I were confused together - he an unlikely hero saddled with incredible powers, me a humble yet misunderstood visionary in freelance game review. With a little patience, the narrative grew into something entertaining, if predictable at times. 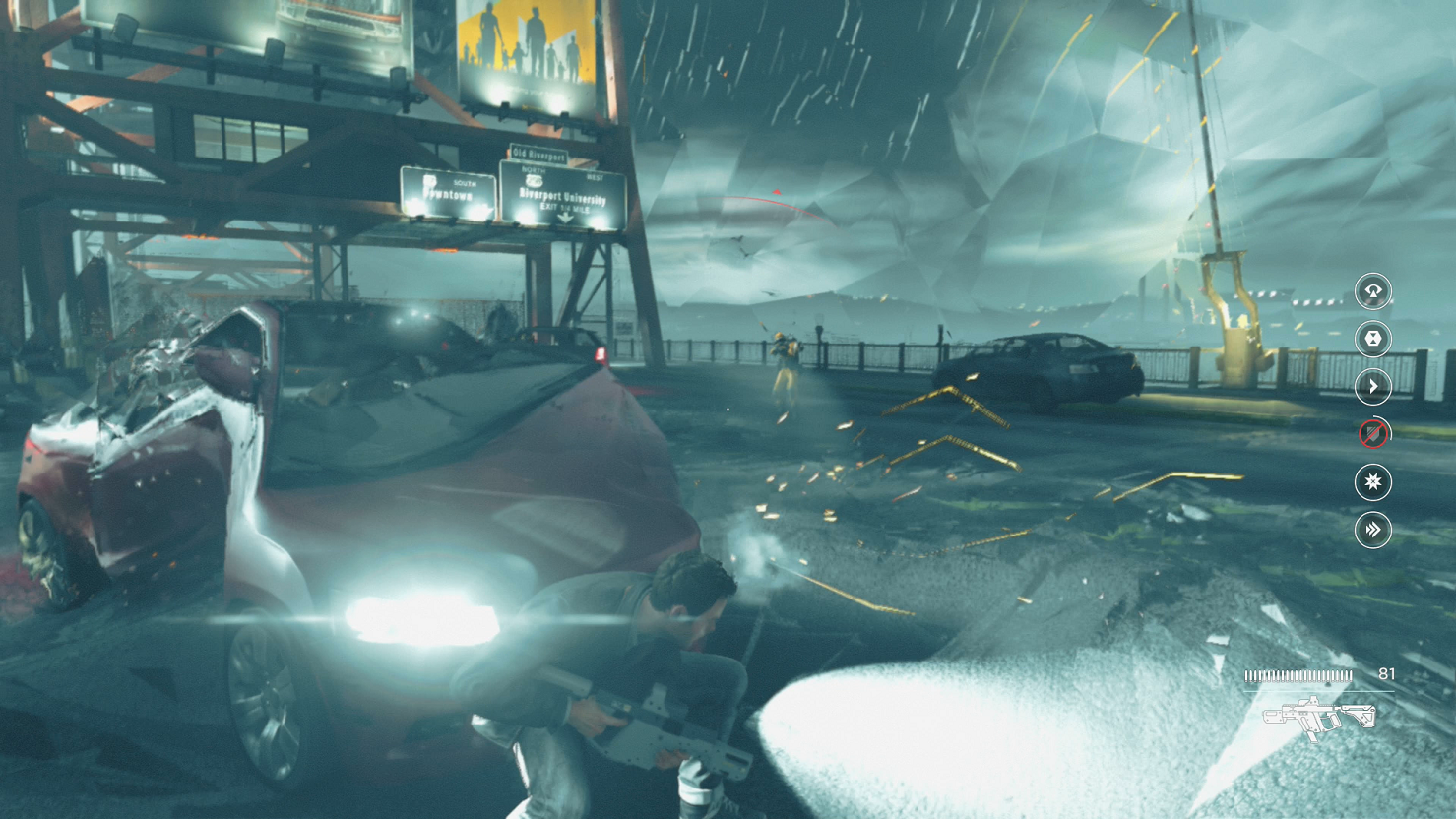 I enjoyed the story itself, but the characters left something to be desired, or rather their development. I kind of felt as though these people only existed for a brief moment in time - just a few days and nights of crazy, potentially world-ending drama and violence. Even with all of the e-mails lying around for me to collect from conveniently unsecured laptops, I never really felt like I knew Jack, his troubled brother Will, the villainous Paul Serene, or the mysterious Beth Wilder. They’re one-dimensional, which is ironic given the deep and often distinctly philosophical questions that the time machine raises. The dialogue between them can come off a bit hokey at times, but nothing debilitating.

As I mentioned in last week’s preview coverage, I was pleasantly surprised by the TV show that accompanies the gameplay. I was worried that it would be a gimmick at worst, or a misguided narrative concept at best, but it turned out to be one of my favorite parts of the plot. It comprises about 90 total minutes of footage and plays in between episodes. Actually, while I’m on the subject of episodes, 'Quantum Break' reminds me a lot of conventional episodic games, like Telltale’s catalog or 'Life Is Strange', with which it has some things in common. Throughout the game, theatrical choices were presented to me, often of a life-or-death nature. The characters assured me that my choice would have far-reaching consequences on the plot. But, the junction scenes weren't quite as dynamic as I had initially thought, and it took a long time for the choice to play out. 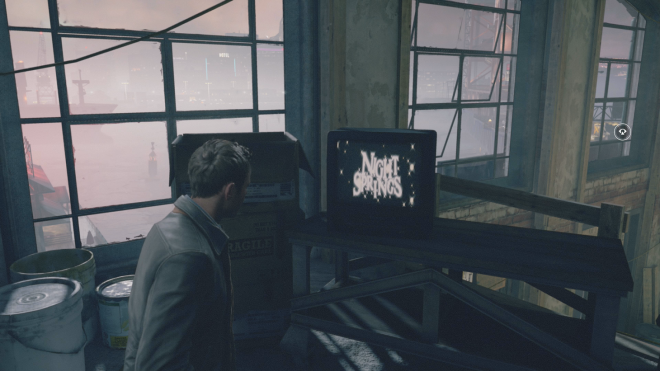 I’m going to be paradoxical as I describe 'Quantum Break's visuals, and I apologize for that in advance. It is a pretty game, built specifically for Xbox One tech. The art design is impeccable. It pulls off impressive and convincing displays, like its physics effects, which is very important for a game like this. The motion capture and lip syncing are unreal. It also has fuzzy textures and modeling and a 720p native resolution that occasionally has trouble maintaining 30fps. Despite any limitations they may have had, Remedy has used some snazzy techniques to achieve what is still an overall high level of visual peformance. It's worth mentioning that the Windows 10 version naturally has a different set of display settings, including 4K support. 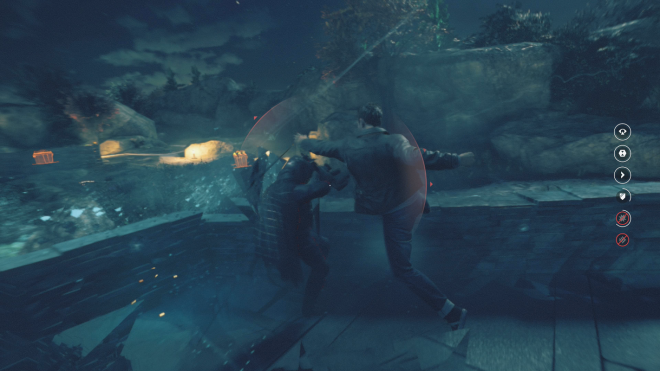 The acting is by and large excellent, with standout performances from Lance Reddick and Dominic Monaghan. The sound effects and soundtrack are of a high quality, both in the video game and TV portions. Audio bugs are rare, although there is a nagging echo in a lot of the dialogue.

'Quantum Break' doesn’t have massive replay value, being a mostly linear experience with relatively minor changes to the script depending on player choice. One caveat is the mass of Easter eggs that Remedy has stuffed into the world, like their weird and intriguing little Night Springs series carried over from 'Alan Wake'. The campaign is on the shorter side so I would suggest a higher difficulty level, especially after Jack finds some upgrade points and becomes nearly impossible to kill. 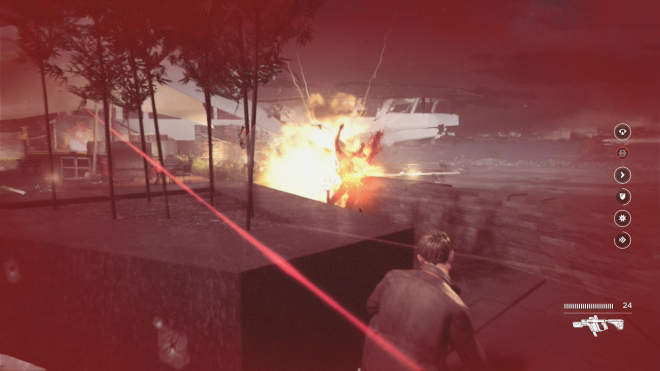 'Quantum Break', like any expensive exclusive, developed a great deal of expectations over time. By and large, the game lives up to those expectations. It has a few stumbles in its pacing and action, but it combines historic shooter conventions with a set of flashy, delightful superpowers and a live-action component that's easy on the eyes. If you have an Xbox One, this is undoubtedly a game you should play.