Digital version reviewed for Xbox One. Note that most of the 'Automatron' content is not available until the Sole Survivor is level 15. 'Automatron' is a DLC add-on for 'Fallout 4' that can be bought on its own or as part of the season pass.

There has been a steady stream of news surrounding 'Fallout 4's DLC since its highly successful release last fall. In what was probably an unprecedented move, Bethesda changed the price of the season pass from $30 to $50 long after the game was released, promising even more content than the first three announced pieces. This is all in addition to the free modding support (purportedly coming to the Xbox One in May) and other optimizations and updates. $50 is quite a lot for a season pass, nearly the price of a new game, so Bethesda certainly has ambitious promises to keep. 'Automatron' is the first piece of season pass DLC, or can be purchased à la carte for $9.99.

'Automatron' and the second DLC item, 'Wasteland Workshop', are billed as content that fits into the existing Commonwealth map, rather than taking the Sole Survivor into a new locale (à la 'Fallout 3's 'Point Lookout'). In this case, a warlord named The Mechanist has invaded the Commonwealth with an army of aggressive robots. Upon returning to the wasteland after my absence, I was notified of a radio frequency requesting assistance against said robots, and of course I set out in heroic fashion to aid the beleaguered folk of the Commonwealth. 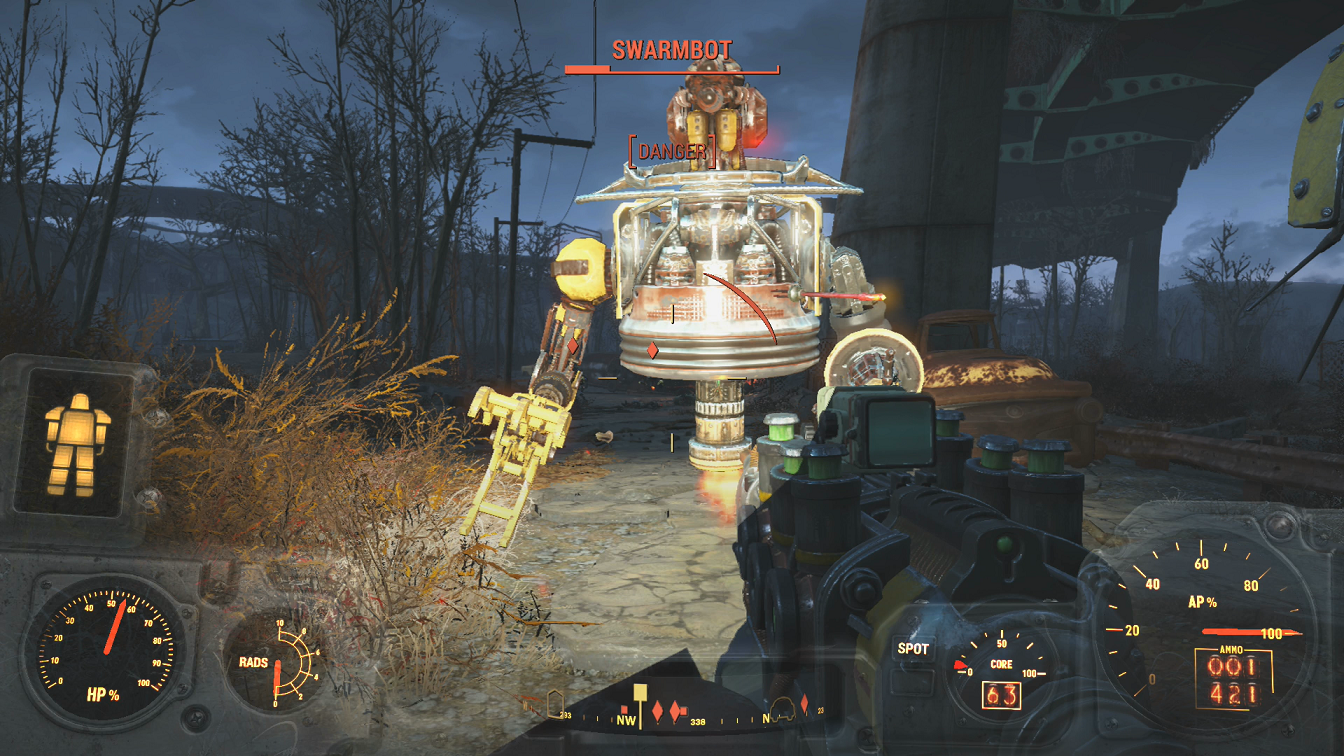 Upon arrival at the waylaid caravan, I discovered a squad of extensively modified machines attacking another squad of similar beings, and so I began shooting indiscriminately from afar as an eager third party while they battled. Upon my victory, the only survivor informed me of The Mechanist’s dastardly plot, and offered to supply me with a new workshop blueprint if I could be so kind as to help her exact revenge against the villain. Naturally I agreed, and immediately traveled to Sanctuary to install and tinker with my new toys. 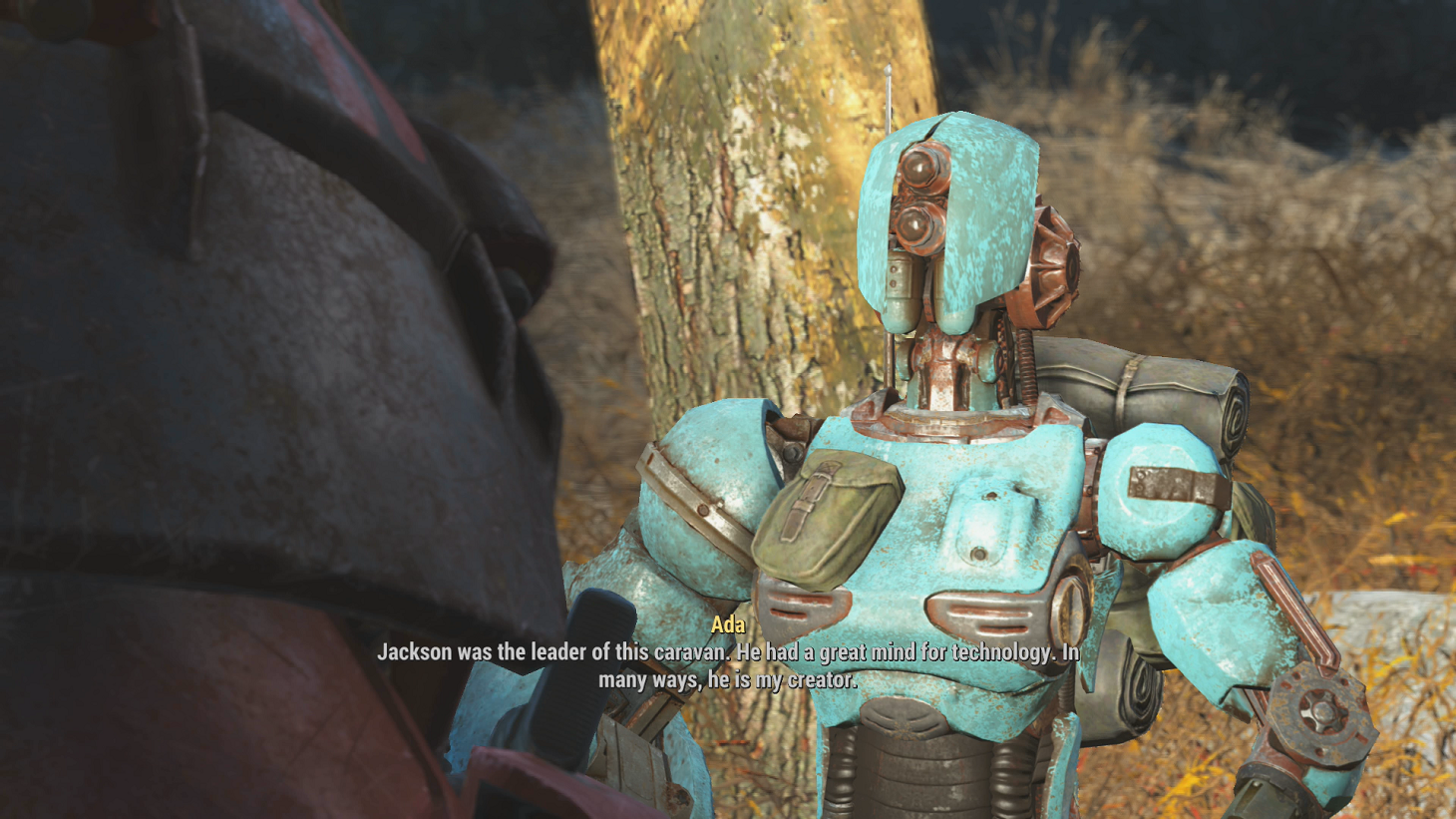 The robot creation and upgrading tools in 'Automatron' are very comprehensive, and I was pleasantly surprised at how many options were at my disposal. It’s kind of like upgrading power armor but on an even bigger scale. Just about every combination I could imagine was available to create my very own Frankenrobots. Ada, the survivor of The Mechanist’s attack, is a heavily modified Assaultron unit and a companion for the Sole Survivor. I set out to adjust her even further, slicing off her legs and adding treads, changing her arm weapons into a nailgun and cryojet, piling on as many plates as I had adhesive for, and so on. Limbs can be swapped out for those of different models, and so my hapless Curie was turned from a slightly modified Miss Nanny into a bizzare amalgam of Protecton and sentry bot, with a hoverjet torso and extensive laser weaponry. Robots can even be given support modules so that they can heal and buff their human benefactor during combat.

As if that wasn’t enough, new robot bros can be created from whole cloth (whole steel?), each made to order to my heart’s desires. Just like other forms of crafting, not all of the robot blueprints are available in the beginning. Only by finding spare parts in the Wasteland and purchasing ranks in the Robotics Expert perk can the Survivor increase their automatron repertoire to almost outrageous levels.

The rest of the DLC, the story and missions and whatnot, is entertaining but quite short. It has a very pulpy feel, even more so than the normally retrofuturistic 'Fallout' continuity, and pokes fun at itself occasionally. For instance, upon being told of The Mechanist for the first time, my Survivor wryly commented that she had a dumb name. I particularly like Jezebel, a verbally abusive Robobrain who emerges as a supporting character throughout the mission arc. Enemies tend to be on the higher side of the difficulty spectrum, but this is soon offset by the addition of potent automatron companions (or just turning down the difficulty, I suppose). 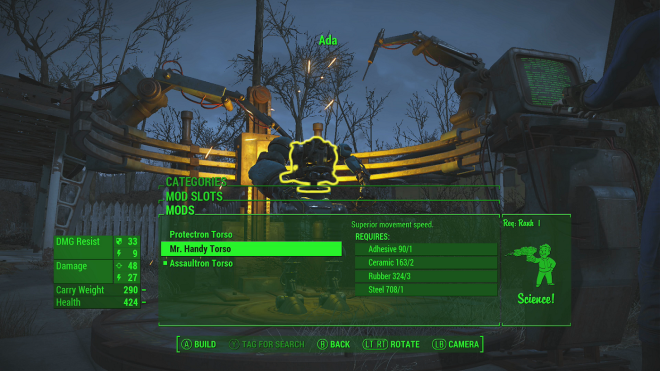 The robot workbench is impressive and all the pieces can fit together into an exhaustive variety of character models. The system has few serious bugs, even when strange upgrades are welded together. The other new assets are interesting, like The Mechanist’s armor, the intimidating Ahab, and the creepy new Robobrains. There are also a few outlandish additions like the assaultron head pistol, which does massive damage but also floods its user with radiation, and eyebot helmets. 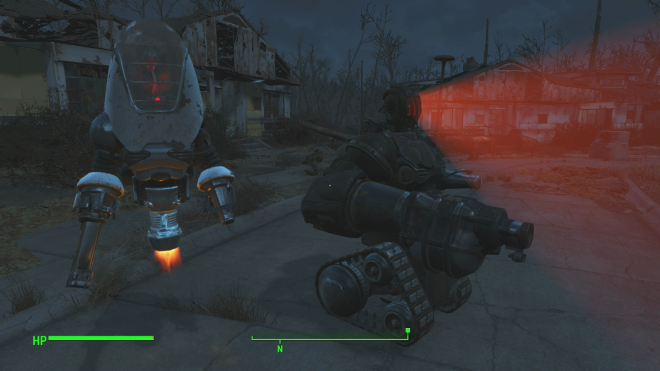 No new music, but the voice acting and sound effects are of the standard 'Fallout 4' quality (that is to say, very good).

The critical path is short, only a couple of hours on hard difficulty, but the robot workbench fits perfectly into the crafty 'Fallout 4' settlement and upgrade ecosystem. There are little treasures and Easter eggs woven into the missions and locations, the details of which I will keep to myself (Tesla). 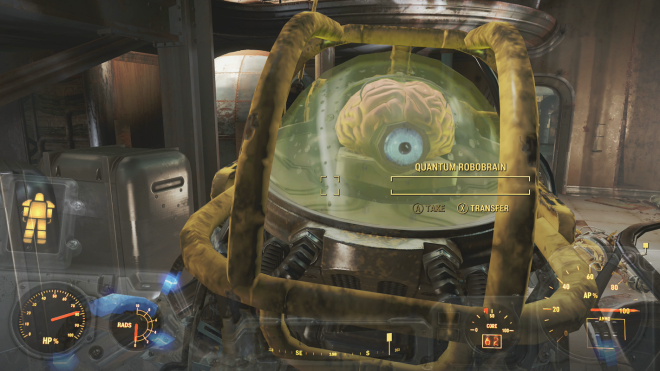 'Automatron' is on the smaller side of DLC, but still a bright beginning for what is hopefully an outstanding season of 'Fallout' DLC. The quick and somewhat forgettable mission material is buoyed by strong crafting elements and a more player-oriented approach to companions. I would recommend it even at its separate price point.