Koei Tecmo's 'Warriors' franchise follows a tradition of each game receiving two expansion-esque entries that alter the core game in different ways. 'Xtreme Legends', focusing more on individual characters, and 'Empires', focusing on adding strategy to the core combat the games are known for. With 'Samurai Warriors 4: Empires' Koei Tecmo has sought to make the strategy easier to understand and more important than ever before.

I really love 'Warriors' games. They're a cathartic stress reliever that's simple enough that I can easily sink hours in at a time without getting at all frustrated, but pack in enough depth that they feel constantly engaging, keeping things fun throughout each game's wealth of content. That said, the 'Empires' games, which add in a layer of grand strategy on top of the fast-paced action core always felt a little stilted to me. The strategy elements always seemed to be a little worthless most of the time, and the games often crammed in absolutely needless elements and changes, leading to almost all fights feeling incredibly small in scale, as well as additions such as stealth segments that were horribly dull. 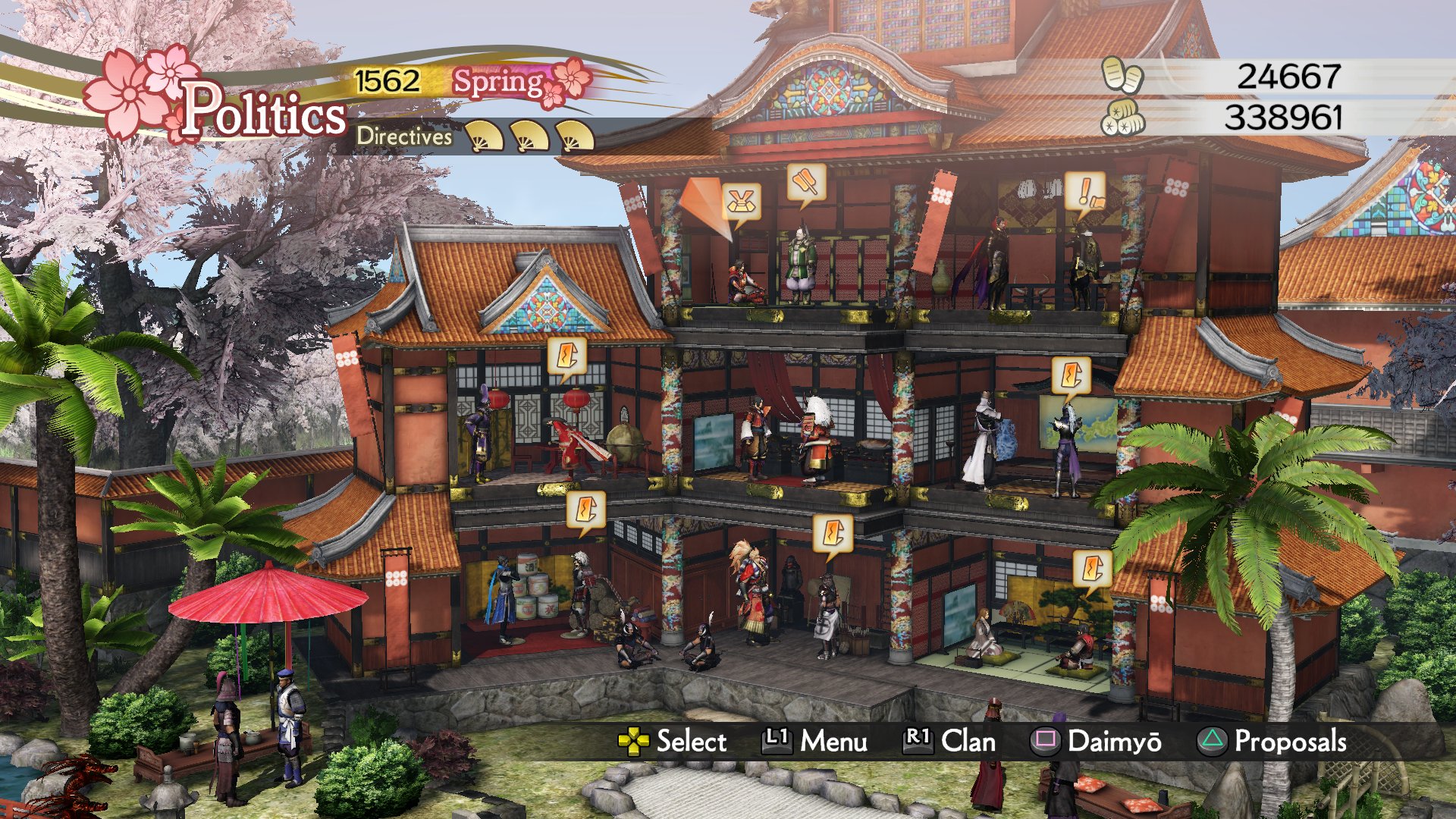 Samurai Warriors 4: Empires' feels like a reboot of the strategy sub-series, a decision that works entirely to its benefit through cutting the chaff that dragged down previous entries. Instead of the strategy elements being handled by Omega Force, that part of the game has been handed to Koei Tecmo's internal team behind 'Nobunaga's Ambition', easily the studio's most popular strategy series. As a result, the combat remains largely untouched, with players fighting through thousands and thousands of enemies in each level, working to take over enemy bases and defeat officers, but everything outside of combat has undergone a major overhaul. The basic setup sees players controlling either a historic general through simulations of actual events, or your own created character as they seek to unite Japan by taking over as much territory as possible. This is done through managing a nation, setting up officers and allies as senators and advisors, keeping the people under your control friendly and happy, negotiating alliances, and engaging in combat.

If this sounds particularly intimidating, well, it definitely ends up feeling that way at first. 'Empires', like 'Nobunaga's Ambition' before it, has a serious problem with explaining the intricacies of its mechanics. Once I settled into a groove in the earlier, easier campaigns, I tried tinkering more with the strategic and political aspects of the game to find that they're not as complicated as they sound, just buried away. But the way the game throws players into things without explaining much of anything definitely hurts. It's a shame, because the strategy is really wonderfully handled, and once I got a grip on managing the little facets like relationships between my officers and learning new techniques I could use in battle, I had a fantastic time. 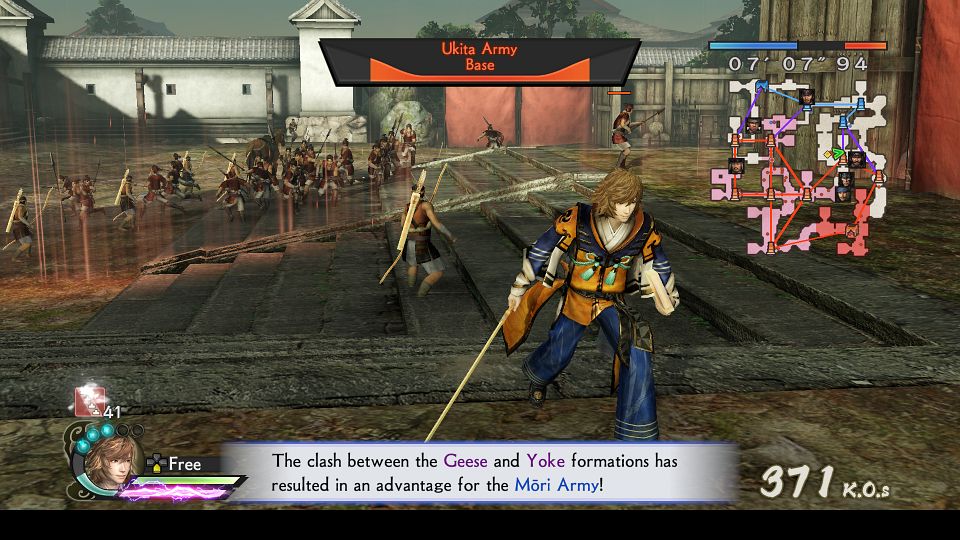 While it's possible to have most of the management aspects automated, it's extremely satisfying to handle without any help, and when that has a tangible effect on the battles through things such as exclusive objectives popping up if your characters are in a relationship, or your whole army receiving damage buffs, it's incredibly fun. Additionally, learning certain techniques also allows players to utilize basic commands that will temporarily buff allies or hamper enemies, or bestow special effects on the controlled character, so digging into the strategy is definitely worth while for the combat benefits alone. Grand strategy games have never been my forte, but 'Empires' distills that and blends it so well with typical 'Warriors' combat that it ends up feeling surprisingly unique. It's a bit of a shame it doesn't have quite as much campaign variety as previous entries, almost all of them boiling down to "take over this much territory", but it's what happens in between that makes each campaign special. Seeing relationships and rivalries form, having children, managing the lives of your troops. It's a really great game, and easily the best 'Empires' has ever been. 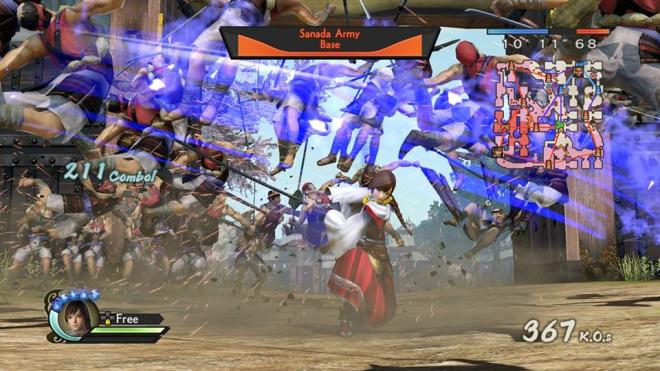 There's not much to be said about the game's visuals, really. It looks OK, for the most part, with great character models and some pleasant enough level design, but ultimately, it feels slightly gimped to accommodate the game also being on PS3 and Vita in Japan. Still, it's always a little cool to see hundreds of enemies on screen at once without the game dipping below 60FPS. 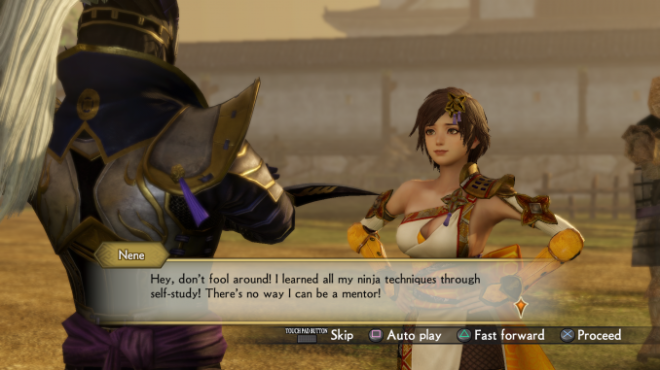 The soundtrack is really lovely stuff, though it's worth noting that much of it is borrowed from previous 'Warriors' games. Still, all of it is great, exciting music that works really well. Additionally, all dialogue is voice acted and the sound design suits the ridiculous combat really nicely.

In a sense, the game can be replayed countless times with variations on settings and characters, but once you've played through all of the separate campaigns, there's not much incentive to return. That said, seeing everything will easily soak up dozens of hours for those dedicated enough. 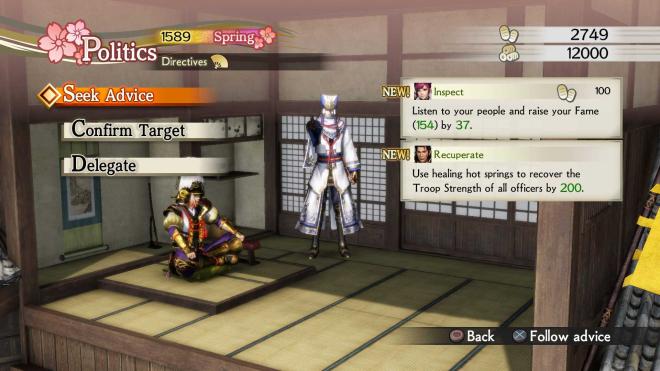 Both a great action game and a really fun strategy game, 'Empires' might not appeal to most 'Warriors' fans, as the new elements can seem intimidating and almost jarring when put next to the combat, but for those who put the time in, there's a lot of complexity and fantastic ideas to be found here, making this one of the best 'Warriors' games to date.