The 'Starcraft II' trilogy may be complete, but Blizzard isn’t quite done with it yet. 'Starcraft II: Nova Ops' is a three-part DLC pack, with each part consisting of three missions following the exploits of a Dominion black ops soldier named Nova. It is the spiritual successor to vaporware from 2002 called 'Starcraft: Ghost', a stealth/action game for the sixth generation featuring the same character. The second and third mission packs will be released on or before December 1, 2016.

Each of the three installments of 'Starcraft II' featured a heroic character as its narrative focus: Jim Raynor, Kerrigan, and Artanis, respectively. The first two were very personal, particularly Kerrigan, who almost always joined her brood in the field. 'Legacy of the Void' followed Artanis closely, but was more about the welfare of the Protoss species as a whole. In 'Nova Ops', we return to a more 'Heart of the Swarm'-like spotlight, this time on the psionically gifted and highly trained human agent Nova. The stakes are still high, perhaps not galaxywide but still important. In the opening mission, Nova and her team of Ghosts find themselves in a prison facility operated by the Defenders of Man, a paramilitary organization characterized as terrorists by the Dominion (admittedly, the Dominion calls just about anyone a terrorist). The motives of the Defenders are unclear, especially since Nova and her team cannot remember the events leading up to their imprisonment. 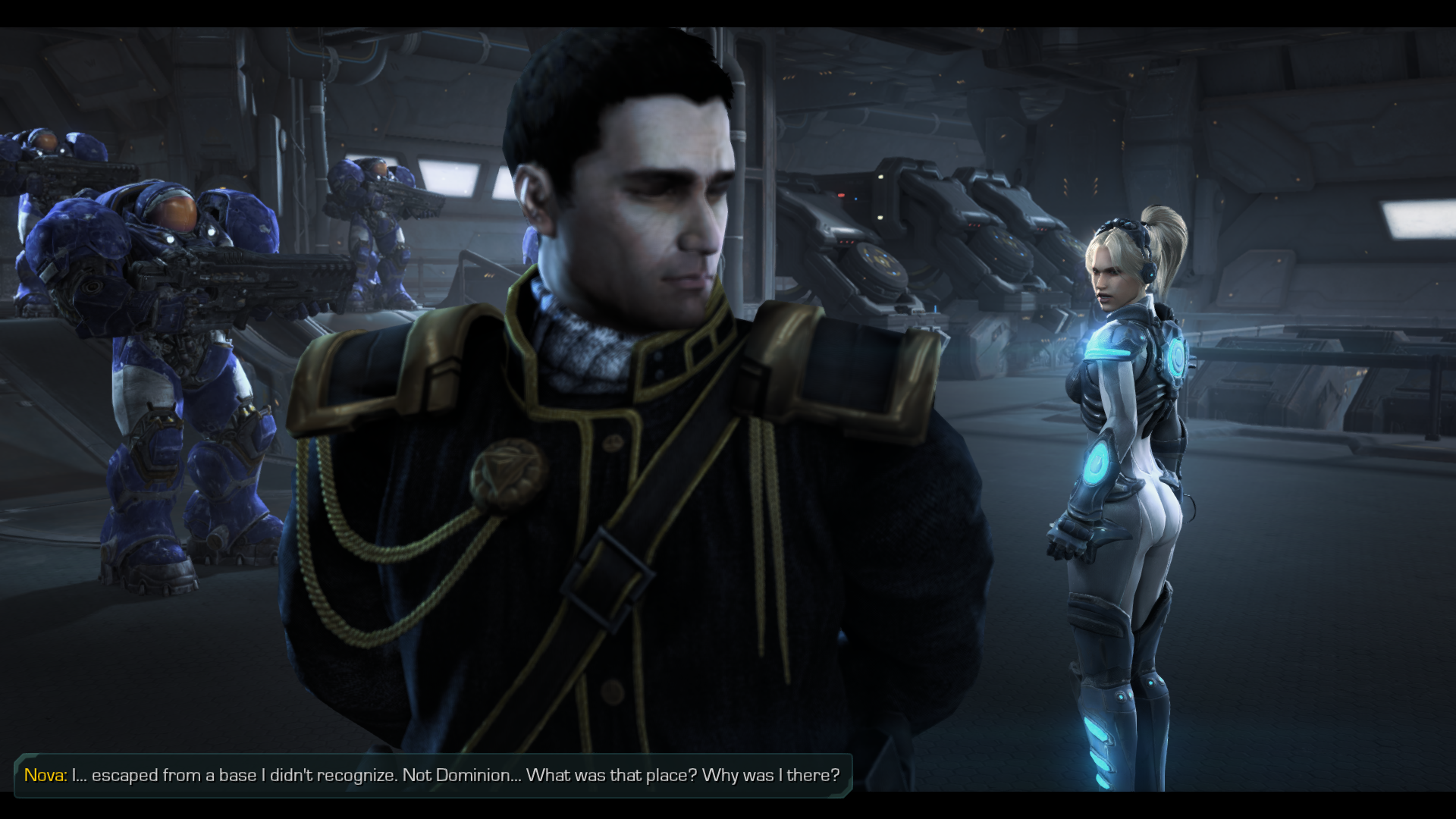 During and after her escape, Nova becomes a controllable unit, sometimes the only controllable unit. My time with Kerrigan during 'Heart of the Swarm' was my favorite part of the 'Starcraft II' trilogy, so it is no surprise that I found the Nova gameplay rewarding. Missions in this vein are more linear, but they use the 'Starcraft' setting in different ways other than "take all of these points on the map with your army in 20 minutes or less". Don’t get me wrong, I have a blast with those missions, but they can get a bit dry over the course of a long campaign. The individual focus of 'Nova Ops' permits more intimate missions where the mechanics can change significantly. For instance, the second mission has a side-scrolling hoverbike scene where Nova has to fight off pursuing Dominion forces. It’s not particularly challenging, but it’s also not something I expected from 'Starcraft'. Another scene gives Nova a massive energy sword with which she can slice through entire squads with aplomb. 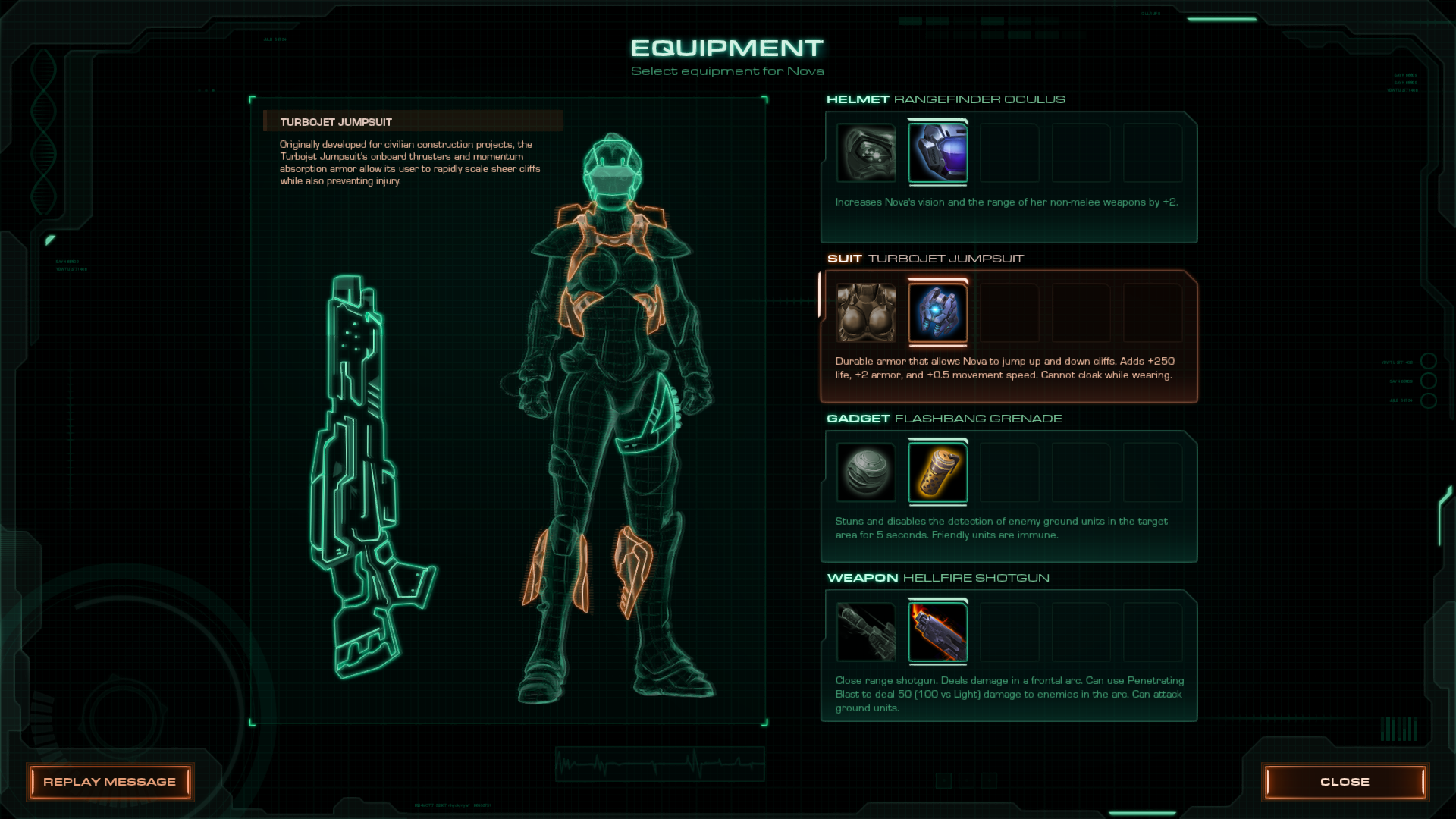 These unconventional portions are mixed in with plain, good old-fashioned base management and strategic army placement I’d expect from any decent RTS. Here Nova serves as a powerful supplement to ground forces, but is typically incapable of completing objectives on her own, at least within an acceptable timeframe. She can be kitted out in very different ways. As soon as I was able, I ditched her trademark sniper rifle and cloak and put her into the front line with heavier armor and a potent shotgun. Combined with flashbang grenades to disorient enemy infantry, she is able to inflict heavy damage on formations. This mission pack doesn’t have a whole lot of gear options, but even a slightly different loadout can drastically change how Nova functions on the battlefield. 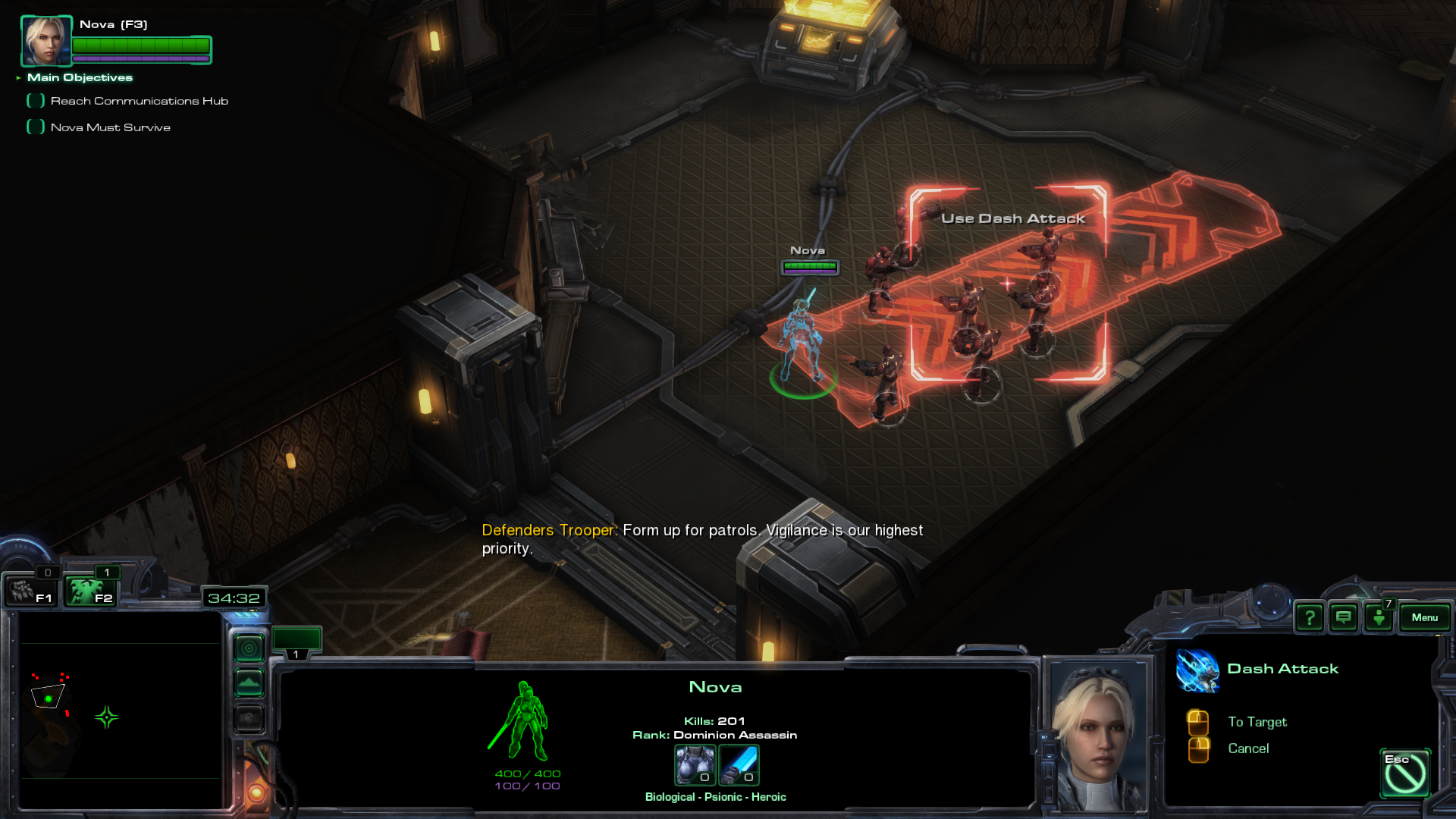 The storyline hasn’t shown much of itself yet. In fact, I’m about as confused as the amnesiac Nova. It has some glitzy in-engine cutscenes, but so far none of the big set pieces or Hollywood moments that the main series presents so well. It does manage to dial back the hamminess and subplots into a more digestible script, but it still did little to hold my interest. Hopefully the future installments can take more risks. 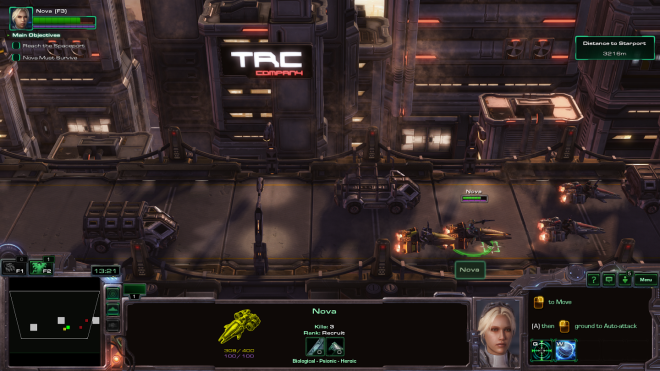 'Nova Ops' uses the same engine as 'Starcraft II'. While aging, it is quite pretty on higher settings, and framerate is rarely an issue. The character design for the new Ghosts is pretty cool. 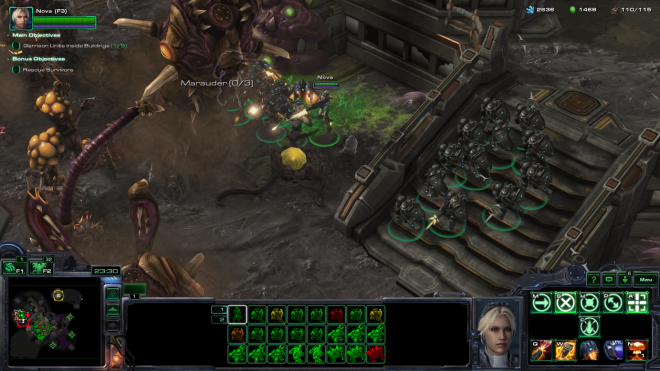 Cutscenes and missions are fully voiced with a capable cast. The soundtrack is evocative of action movies and a certain famous British spy, and it leans on these influences to great effect.

The 'Nova Ops' DLC is single-player content only, and relatively small bits of content at that. On normal I breezed through the missions in a scant hour and a half or so, and that included the dithering I did in the final mission. There are other difficulty levels and achievements, but not much else to keep players coming back. 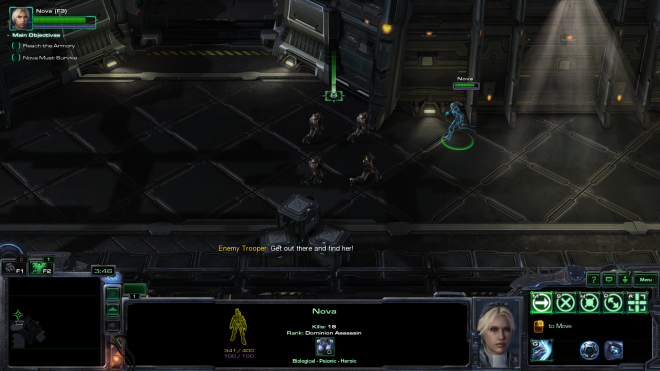 This is not a bad start to a small season of Nova DLC. It has some fresh ideas and enjoyable missions within the framework of the successful 'Starcraft II' recipe. It’s a bit lighter on story than I would like, and stingy with Nova’s upgrades, but I’m quite happy to try the next one as soon as it’s here - especially considering that this is probably as close to 'Starcraft: Ghost' as we’ll ever get.