The Game Itself
3.5 Stars
The Video: Sizing Up the Picture
2.5 Stars
The Audio: Rating the Sound
2.5 Stars
Replay Factor
4 Stars
Bottom Line
Worth a Look

Last Limb is a company formed by brothers Damon and Anatole Branch, industry veterans who took to Kickstarter to fund 'Organic Panic'. Billed as a cross between 'Worms' and 'LittleBigPlanet', it has spent nearly seven years in development, and migrated from the seventh to eighth generation at some time after its funding.

'Organic Panic' is a series of very small levels, each an exercise in platforming and material physics. I took the role of fruits and vegetables - a kiwi, a carrot, and so on - each with a superhuman, or if you will, superplant ability to destroy the world around them. The kiwi can spew water to reach different areas and drown enemies, the carrot can throw fireballs and climb any surface, the cherry can spit an endless stream of dirt or whatever else she’s standing on, and the coconut can fly and move things with her mind. The environments are extremely destructible and just as hazardous to the plants as they are to the evil meats and cheeses that guard the precarious routes to the goal. 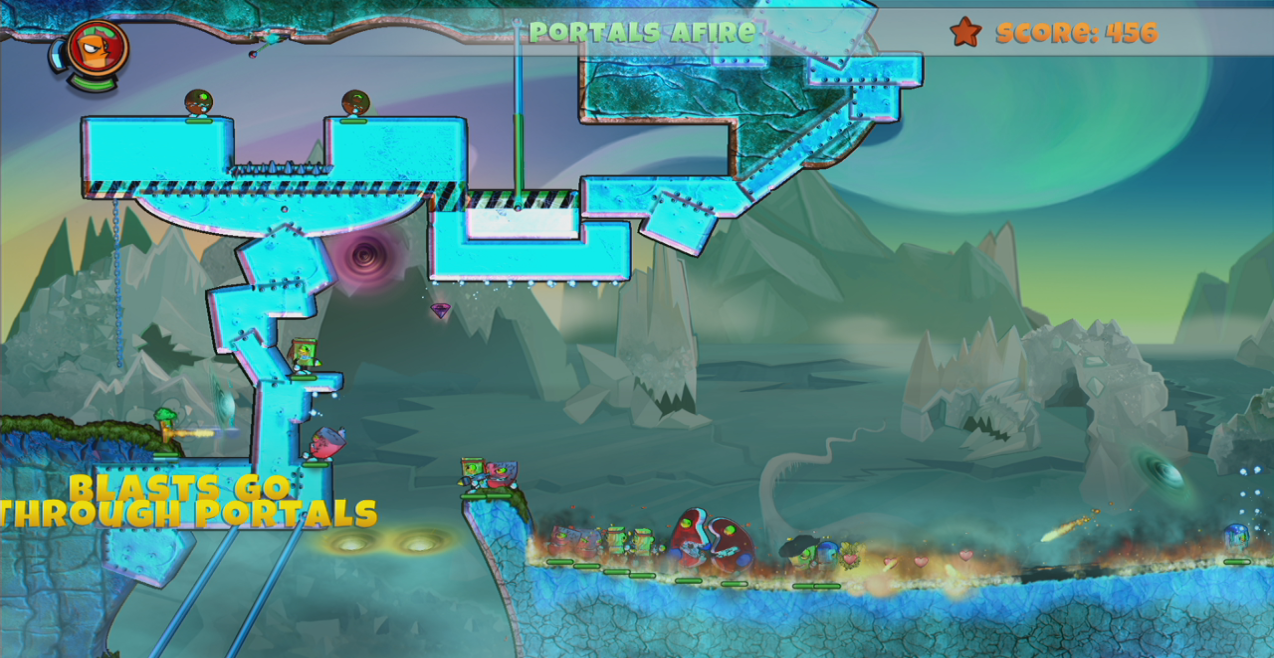 The maps are covered in power-ups like speed boosts, magic power, and invulnerability. Sometimes the power-ups must be used to complete the level, as the traps and enemies are so strong that they cannot be defeated with the plant powers. One level, for instance, had me turn invulnerable as Carrot so I could jump through a teleportation thing, climb some walls while a laser beam and a bevy of cheeses shot at me, and finally hit a switch to turn off the lasers. Platforming is extremely important too - should I fail to get enough momentum when jumping back through the teleporter, I would miss the goal and have to start the level over again. Each level is only a few minutes long, so re-attempting such challenges is not a terrible inconvenience.

Just like the 'Worms' franchise that so heavily inspired it, 'Organic Panic' has an almost completely destructible world and somewhat predictable physics. Surfaces can be blasted through to reach new areas or cut off enemies. Water is used in fun ways, mostly by the kiwi. The cherry emits a line of destruction based on what she’s standing on - dirt can cut through wood surfaces but not metal, for instance, so she has to move around to solve the puzzles and get to the goal. Because the variables can differ so much based on distance and volume, sometimes the environment would behave in unpredictable ways. In an early level I blasted through a massive pillar, expecting it to fall forward and crush a line of meats. Sadly it came backwards and crushed me instead, resulting in a game over. The veggies are so disposable that finding fun ways to die is often a game in and of itself, recalling sadistic games like 'Lemmings' or 'Flockers'.

The story of 'Organic Panic' is relayed in little comic art preceding each chapter. Meats and cheeses and other terrible omni foods are in a violent cartel dedicated to snuffing out the poor plant citizens, who finally strike back. The comics are simple and perhaps best experienced by younger players, who will certainly have a good time with the gameplay as well. 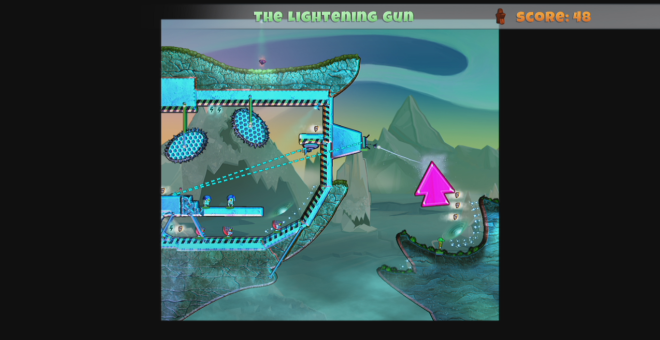 By and large 'Organic Panic' flows well, but there are some issues when using superpowers. Cherry, for instance, has a way of crashing the framerate and causing screen tears when she shoots her ground beam. This problem is magnified to the extreme in multiplayer. Water acts like water but has a weird look about it, like some kind of blackness around the edges. As for the appearance, many of the character models and environmental surfaces have a grainy look. 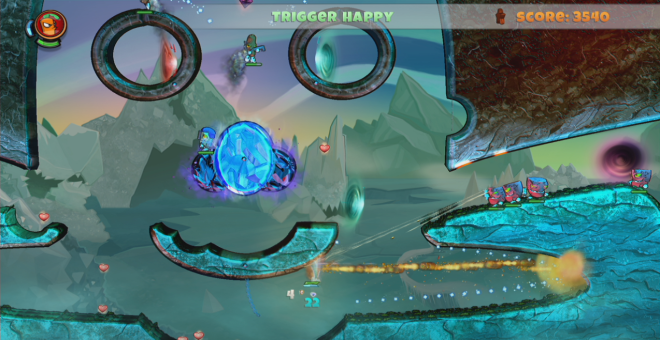 The soundtrack is lighthearted playground fare, similar to the visuals. Characters make cutesy noises when jumping around or being struck. It is repetitive at best, and borders on irritating at worst when a fruit makes the same noise over and over again when replaying levels due to death.

'Organic Panic' has a lot of levels but they’re so short that it’s possible to play through everything on a perfunctory basis in a few hours. There are gems and other collectibles in the levels that often require solving an additional puzzle, so perfectionists can eke out a few more hours of platforming fun that way. There is a two-player split-screen mode with its own series of levels, and players must work together to solve more challenging puzzles. For the more competitive, a versus mode is available where up to four local players can go at it in a variety of modes. It offers some of the most fun that 'Organic Panic' has to offer; it’s just a shame that it’s only local. 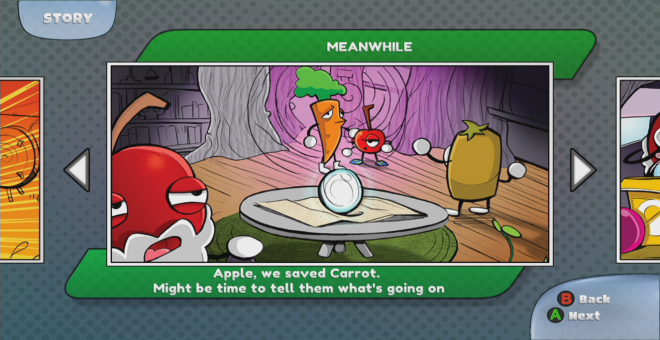 'Organic Panic' is a pastiche of several games and genre staples that have come before it. It is good fun for its nostalgia value for those players who have enjoyed its influences in years past and appreciate its time-tested mechanics, but it struggles to find its place amongst the many good platformers available.