The Game Itself
2.5 Stars
The Video: Sizing Up the Picture
2.5 Stars
The Audio: Rating the Sound
2 Stars
Replay Factor
1.5 Stars
Bottom Line
Skip It

Enigmatis: The Ghosts of Maple Creek

Polish studio Artifex Mundi, which specializes in casual adventure games, first released 'Enigmatis: The Ghosts of Maple Creek' on mobile in 2011. A few other Artifex Mundi titles can now be found on the Xbox One, like 'Clockwork Tales' and 'Nightmares from the Deep'.

'Enigmatis' is an adventure series centered around hidden object puzzles. Very popular in the browser game circuit, these work by presenting the player with a static image full of random items and a list of specific ones that must be found within the mess. 'The Ghosts of Maple Creek' has other puzzles as well, like matching items, drawing digital images on tiles, and so forth. It’s all framed in a narrative about a series of people missing in the charming hamlet of Maple Creek. The protagonist is a private detective or journalist of some kind who has come to the town to look for these people, but is attacked when she arrives and suffers from amnesia, so of course must rely on her scrapbook and sharp wit to unravel the mystery. 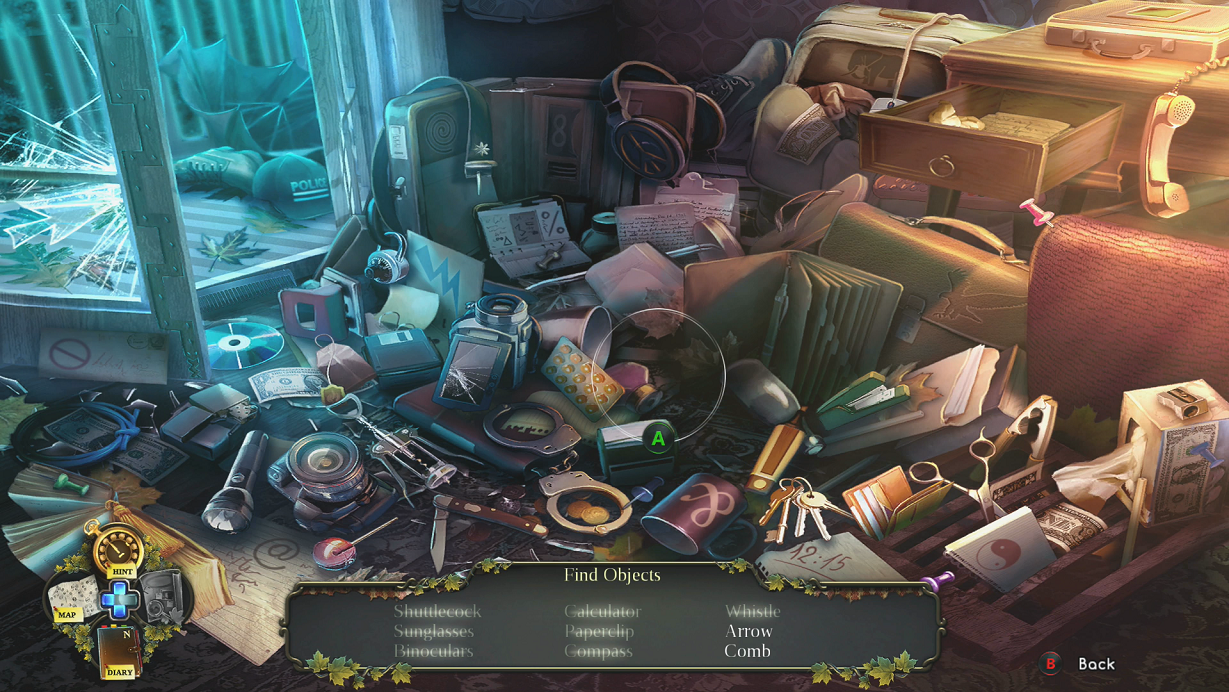 In truth, most of the puzzles don’t require much wit at all to solve. If someone like me can figure it out within 60 seconds and not even cheat, it’s not exactly going to be a mind-bender. The hidden objects can be brute forced with spastic button mashing within a few seconds, although the shameless achievement junkie in me mandated self-restraint on a few occasions for some easy gamerscore. The other types of puzzle fare better, like the church lock where the selfies of a few dozen saints must be switched around to match their bodies (what kind of church would lock up with 'Da Vinci Code' gadgets?), but ultimately they lack depth and variety. In case the puzzles aren’t easy enough, a recharging hint feature will give the answer. 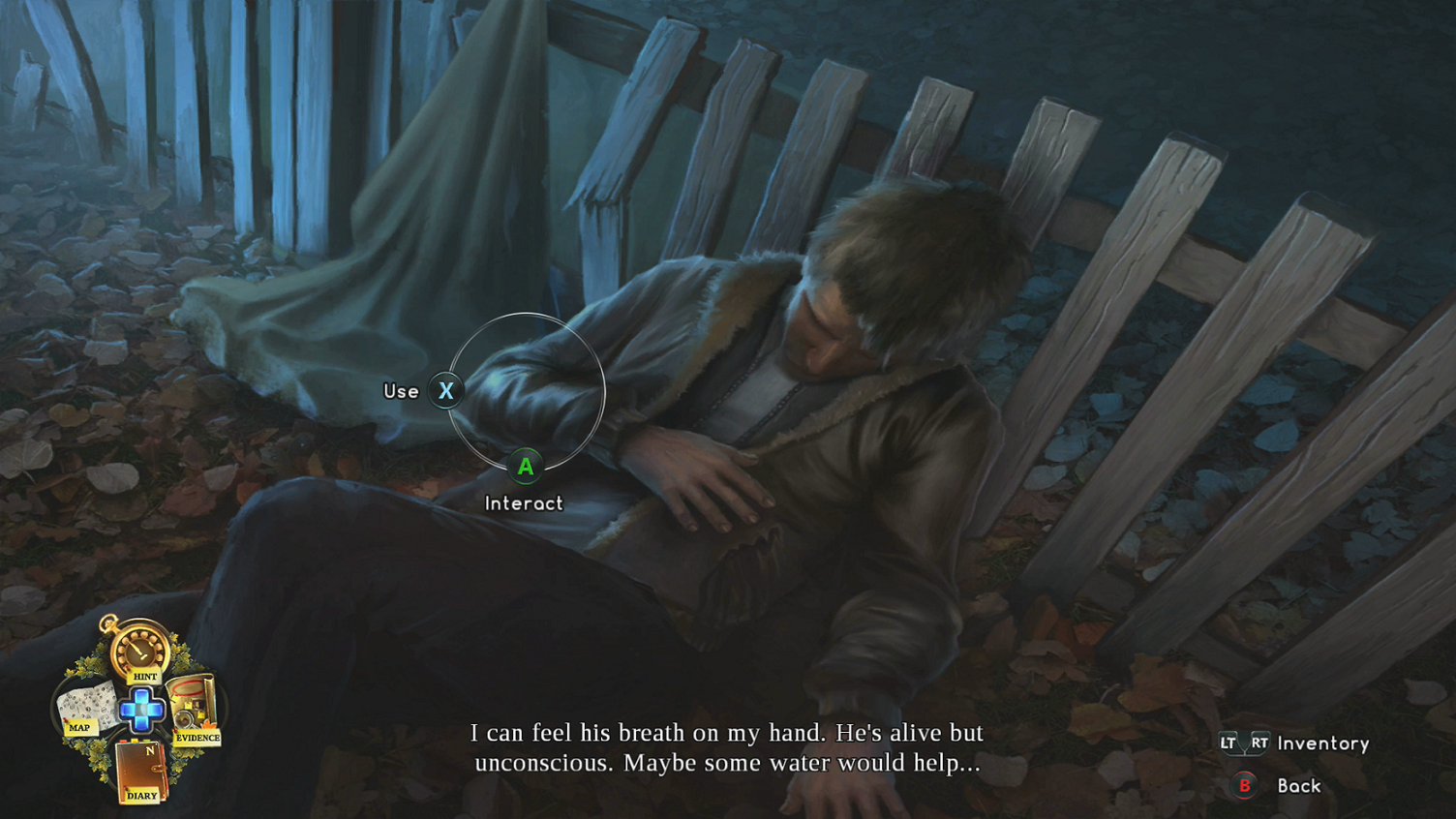 There is no fast travel system, so whenever I was rewarded with a new item, I would have to backtrack through several areas to find the right place to insert said item and get a new puzzle. Sometimes the obvious choice isn’t the right answer. Upon receiving a flare gun, I optimistically returned to a dark basement at my hotel, sure that the flare would light up the area enough to find the fuse box. But nope, I needed a flashlight instead, as the flare was meant for scaring some wild boars from a road so I could pass through to another church with a weird lock.

Once I got into the rhythm of the game, it soon became tiresome. Slog through a few screens to find the next puzzle, click on things randomly until I was rewarded with a paper clip or whatever to unlock the next area, then backtrack to a previous area and insert the paper clip into everything until something opens up. In case I had trouble, a convenient sparkle would light up a hint. It’s a short game to begin with and between all of the hints and the sparkles, it seemed to be rushing me right along, which was not necessarily a bad thing. 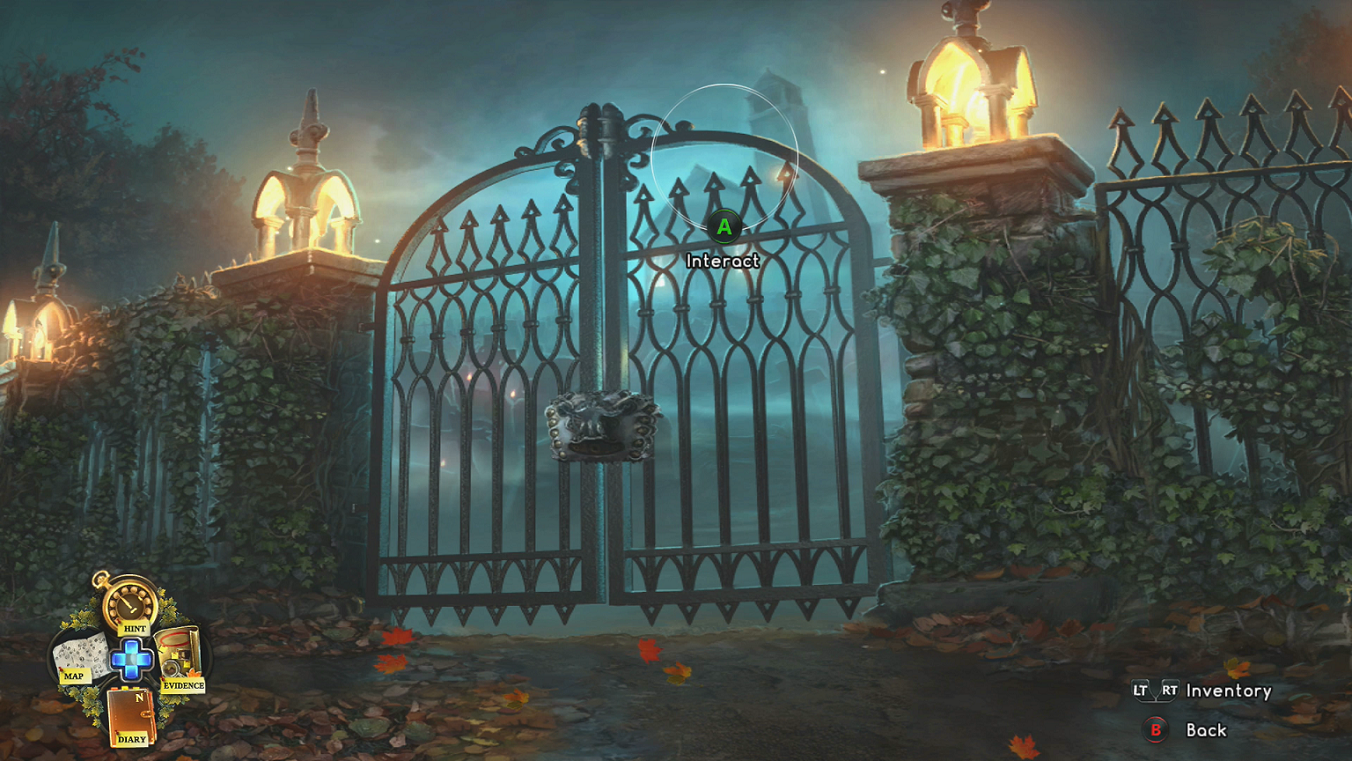 As for the detective story tying everything together, it was more like a B-movie reel of melodramatic non sequiturs. Remember that dark hotel basement? When I finally got the lights on, a man’s corpse was sprawled against the wall, pill bottle in hand. Unfortunately for him, I was much more interested in finding the hatchet and telephone hidden amongst the garden tools in the corner, and afterwards left the basement without telling anyone about the apparent suicide. We did write something down about it for the scrapbook, though. 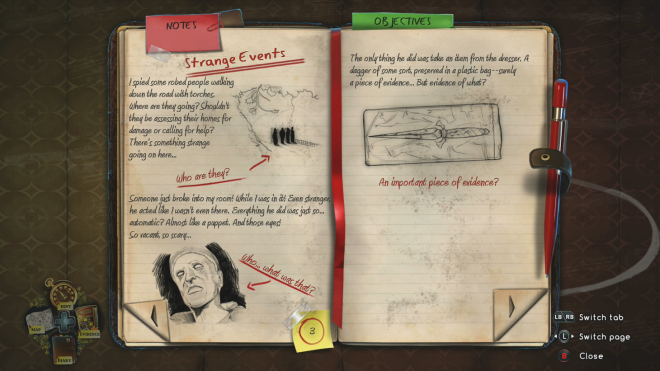 'Enigmatis: The Ghosts of Maple Creek' is presented in the first person, but movement is limited to area screens. Everything looks like adventure games from a long time ago. The cinematics are splotchy and the environments have a stretched appearance. Character models, as rare as they are, are stiff and wooden. 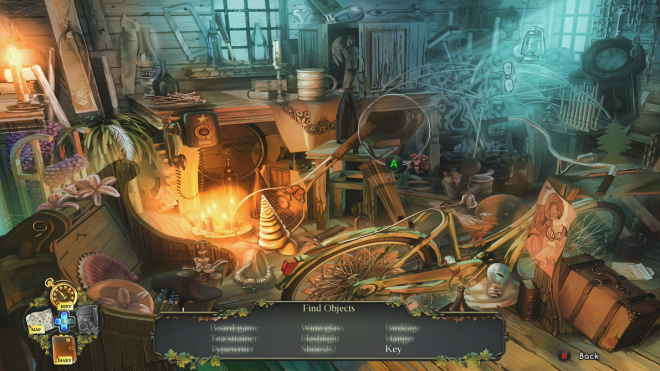 The sound effects are stock small creepy town stuff - creaking floorboards, creaking doors, just a lot of creaking in general. The voice acting, mostly done by the female protagonist, is rigid and unconvincing.

There is a higher difficulty level, but it’s not all that difficult. Hints are still available, they just recharge at a slower rate. If hidden object games are your thing, you’ll probably be interested in that, and you’re probably also playing this game already. 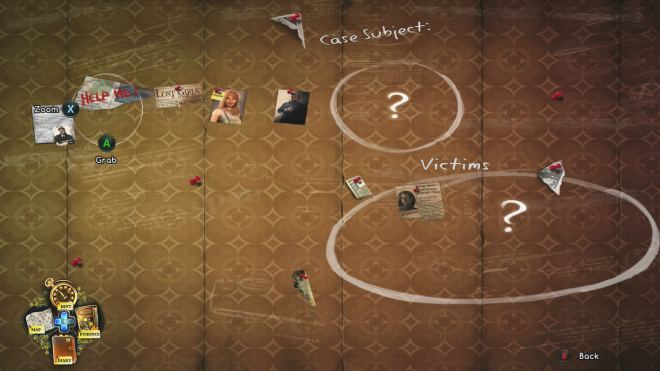 To be fair, it’s tough making a convincing argument for the hidden object genre as anything more than a workplace timekiller when other browser game sites have been firewalled. Artifex Mundi has some decent puzzle work in their portfolio, but 'Enigmatis: The Ghosts of Maple Creek' was more of a chore than an engaging adventure experience.