The Game Itself
4.5 Stars
The Video: Sizing Up the Picture
3.5 Stars
The Audio: Rating the Sound
3.5 Stars
Replay Factor
1.5 Stars
Bottom Line
Recommended

'Kathy Rain' is an AGS-built (Adventure Game Studio) point-and-click adventure from Clifftop Games, a very small Swedish operation. A key consideration for players young and old is that 'Kathy Rain' is very much a game set and styled in 90s.

Kathy is a college student from a troubled family. She has left her hometown behind and is no longer in contact with either of her parents. When her roommate informs her that her grandfather is dead, she decides to return to Conwell Springs to say farewell. She learns that he spent the last fifteen years confined to a wheelchair in a vegetative state, despite having no apparent brain damage or any other reasonable excuse. Intrigued, Kathy decides to investigate what happened on that fateful night in 1981.

(By the way, coming home for a funeral is a classic set-up, one which may have reached its zenith in the 90s'/80's. It's not just the return that's significant, but it's also the sudden isolation from the intervening people and places. The effect of that set-up is on full display here in 'Kathy Rain.') 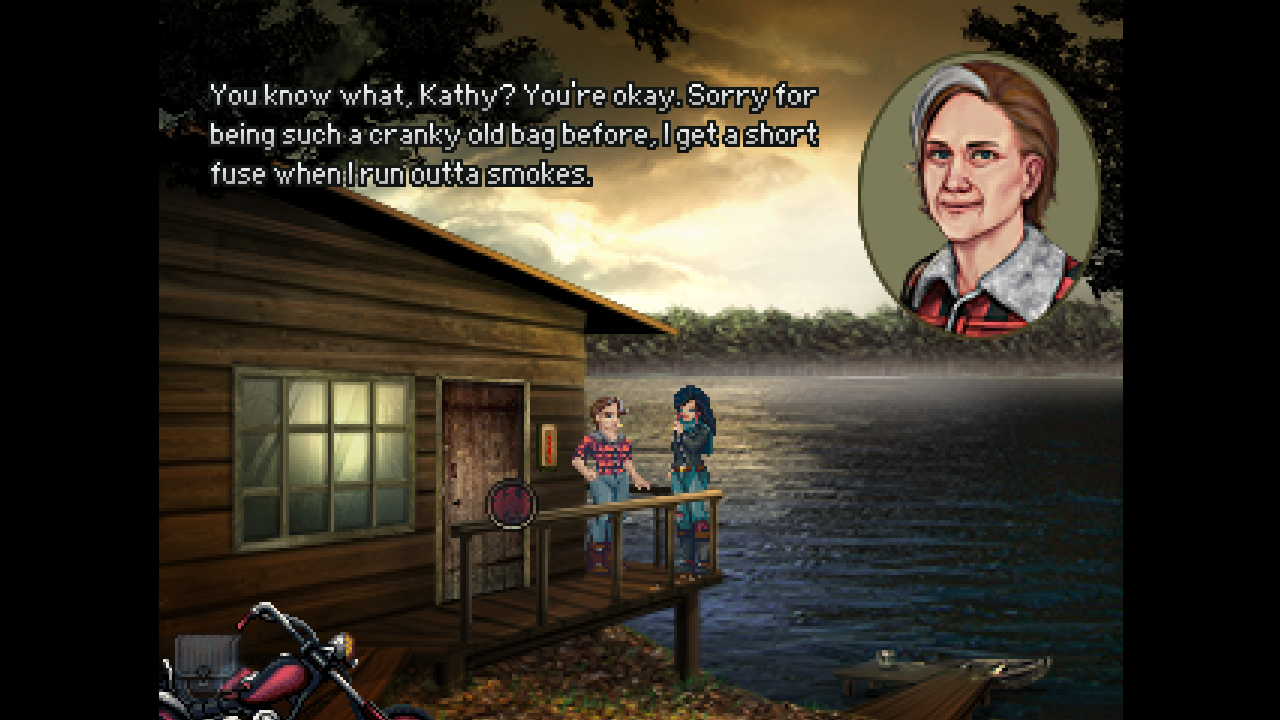 'Kathy Rain' is similar to the old-school adventure titles that were common during the 90s. If you don’t like listening to people talk, putting together clues, and solving the occasional word/number puzzle, this isn’t going to hold your attention. It has more interaction than a visual novel, but ultimately this is a story that you kind of click along with. The good news is, it’s a pretty good story. As I mentioned in my preview last week, Kathy is from small town USA, a place near and dear to my heart. These people have working class American problems - deadbeat dads, sad homeless people, bored cops, and so on. It’s not a case study of rural life, far from it. The plot takes a right turn into the horror/fantasy realm relatively quickly, complete with a man in a red suit and a Sheriff Truman (the ghost of 'Twin Peaks' looms large here, clearly). 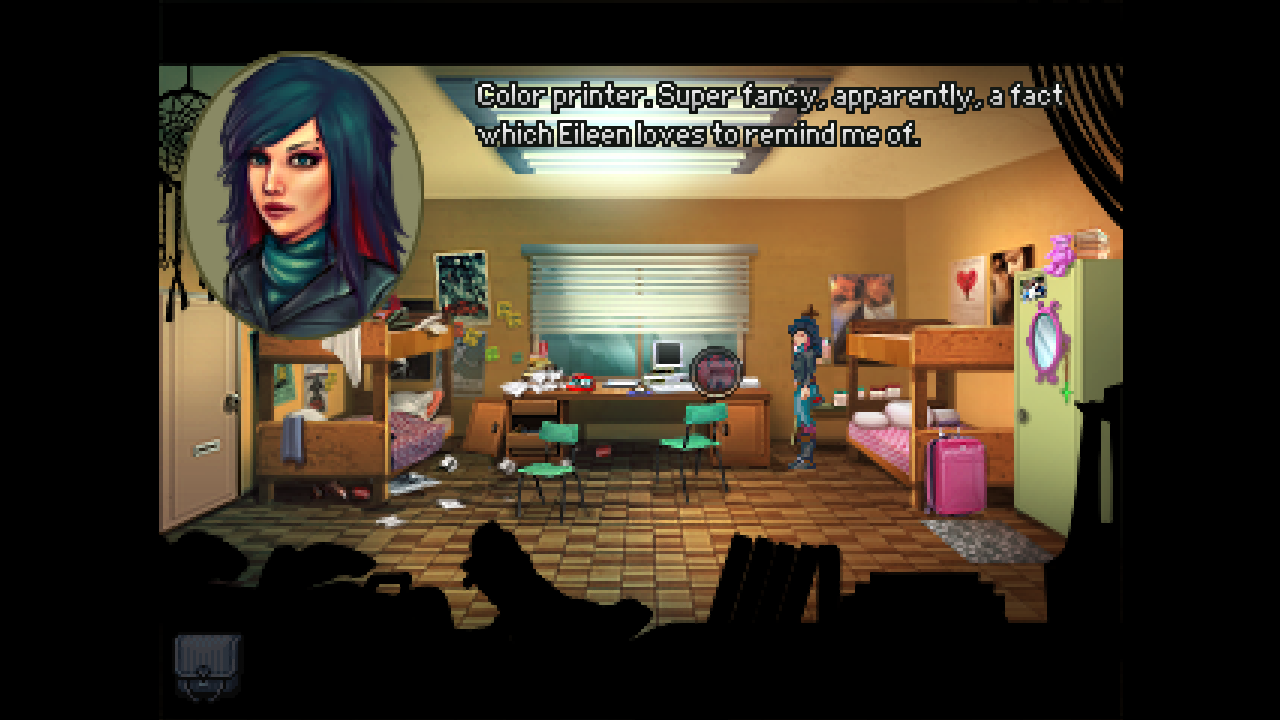 The story isn’t perfect. There are some troubling segments, and perhaps more backtracking than I’d like. Stereotypes pop up everywhere, along with the strange habit of people from the same small town having different American accents based on their socioeconomic class. A few characters, like the priest, are less believable, and I can’t tell if it’s because of the script or the actor or both. However, the character of Kathy Rain is one of the most interesting to come along in a long time. She is not the kind of person who would seem interested in chasing down a fifteen-year mystery in regards to a long-forgotten grandfather. She skips class, swears a lot, rides a custom pink chopper, and is in general kind of a badass. She has a troubled past that she doesn’t speak about, not because she’s afraid of it or wants to avoid being dramatic, but because she’s genuinely trying to move on. The character of a tough person with a sweet gooey center is not new, and yet I can’t help but be charmed by it. When she finally breaks down and cries, I get the feels right along with her. 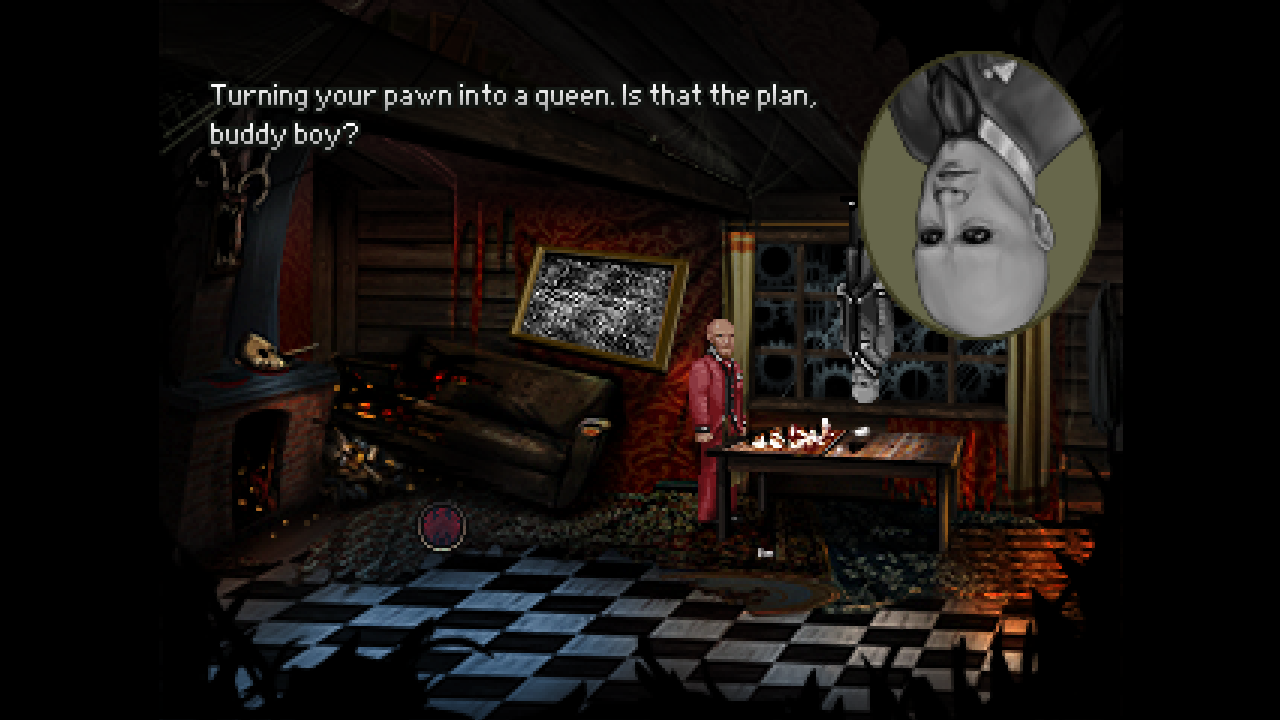 The demo gave me the impression that we would be doing some puzzling along the way, although it turns out to be in a rather different form than I expected. Some are the textbook kind of brain-bender, like sorting out numbers from a series of clues. An interesting computer segment in day 3, where Kathy interacts with a couple of petty IT guys and tries her hand at computer hacking, is off the beaten path and fun to work through. Even when the game is funny, it has this dark and delicious undercurrent of creepiness. In true adventure style, a lot of problems are solved by picking things up and then combining them with other things or using them on the environment. Later in the game a puzzle of epic proportions presents itself, as genius as it is frustrating. It felt like a test as much as a puzzle, where the developer was coyly asking if I had been paying attention this whole time. 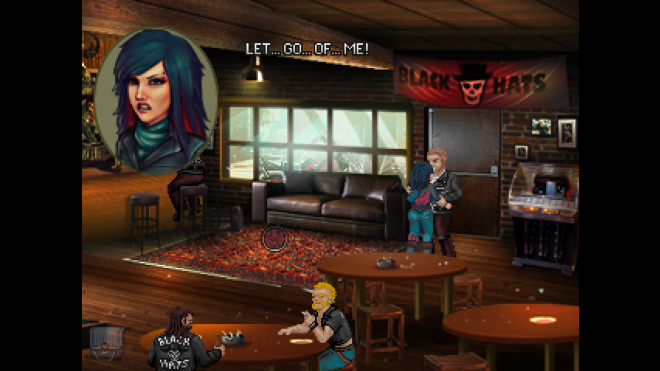 Clifftop’s artists have eked out just about as much as they could from the humble pixel. It is the hallmark of a bygone age and yet the indie gaming scene remains fascinated with it, perhaps because of its nostalgia. It has its limitations, but also its own kind of beauty. It also has benefits, like zero load times and a tiny install size, not to mention a smooth ride from start to finish. 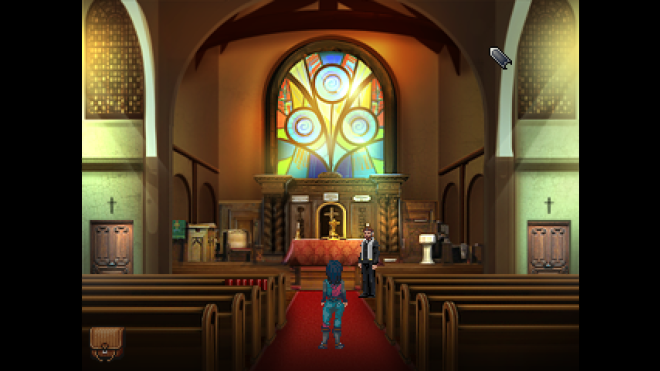 The midi-style soundtrack complements the setting and style without becoming too stale or monotonous. Voice acting is spotty, but Kathy is excellent and that’s really what makes the difference.

'Kathy Rain' isn’t the kind of adventure game where player choice is important. Except for a few randomized puzzles, every playthrough is going to be nearly the same. The only reason for multiple playthroughs would be to study the strange plot further, or perhaps to search for Easter eggs. 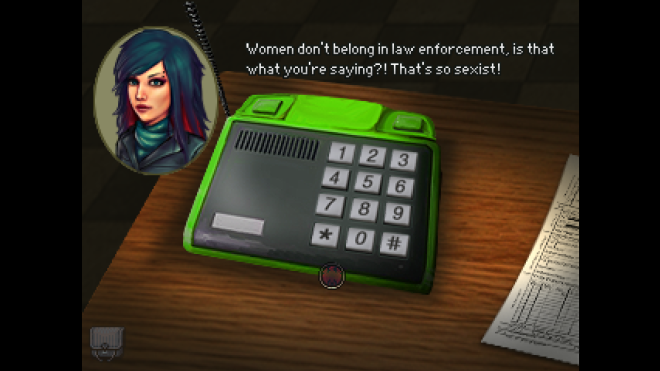 It’s not every day that a video game surprises me, and that is exactly what’s happened here. 'Kathy Rain' is engrossing for nearly all of its admittedly modest running time, even when it takes quirky trips into left field. It may wear its inspirations on its sleeve, but that makes it no less likeable or entertaining.