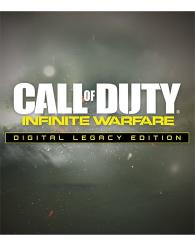 One of the most critically-acclaimed games in history, Call of Duty 4: Modern Warfare is back, remastered in true high-definition featuring improved textures, physically based rendering, high-dynamic range lighting and much more to bring a new generation experience to fans. Relive the iconic campaign as you are transported around the globe with Capt. Price, Gaz and Soap across fan favorite missions, including “All Ghillied Up,” “Mile High Club,” and “Crew Expendable.” And team up with your friends with 10 of the iconic multiplayer maps from the online multiplayer mode that redefined Call of Duty introducing killstreaks, XP, Prestige and more in customizable, classic multiplayer modes.