The Game Itself
3 Stars
The Video: Sizing Up the Picture
3.5 Stars
The Audio: Rating the Sound
3.5 Stars
Replay Factor
1.5 Stars
Bottom Line
Worth a Look

French developer Spiders released 'Mars: War Logs' in 2013, an RPG with a lower budget that received modest reviews. 'The Technomancer' is a full-fledged follow-up with different characters, but with the same setting and lore. Spiders is also knowm for the 2014 fantasy RPG, 'Bound by Flame.'

With its untamed setting, frontier sense of justice, and terrifying wildlife, 'The Technomancer' has a bit of Western spirit. It also has a heavy dose of cyberpunk, embodied in its dystopian, dilapidated Martian setting and the technomancy itself. A hybrid of science and magic (magical more to the commoners of Mars I would assume, who have no idea how these humans generate gratuitous amounts of lightning from their fingertips), technomancy is practiced by a Jedi-like enclave of mercenary monks in service to one of the more powerful water guilds. You see, water is in short supply on the Red Planet, and Earth apparently isn’t helping out anymore. Everything on Mars revolves around the liquid: it dominates politics, wars are being fought over it, and the Technomancers use it to fuel their mystical energies. 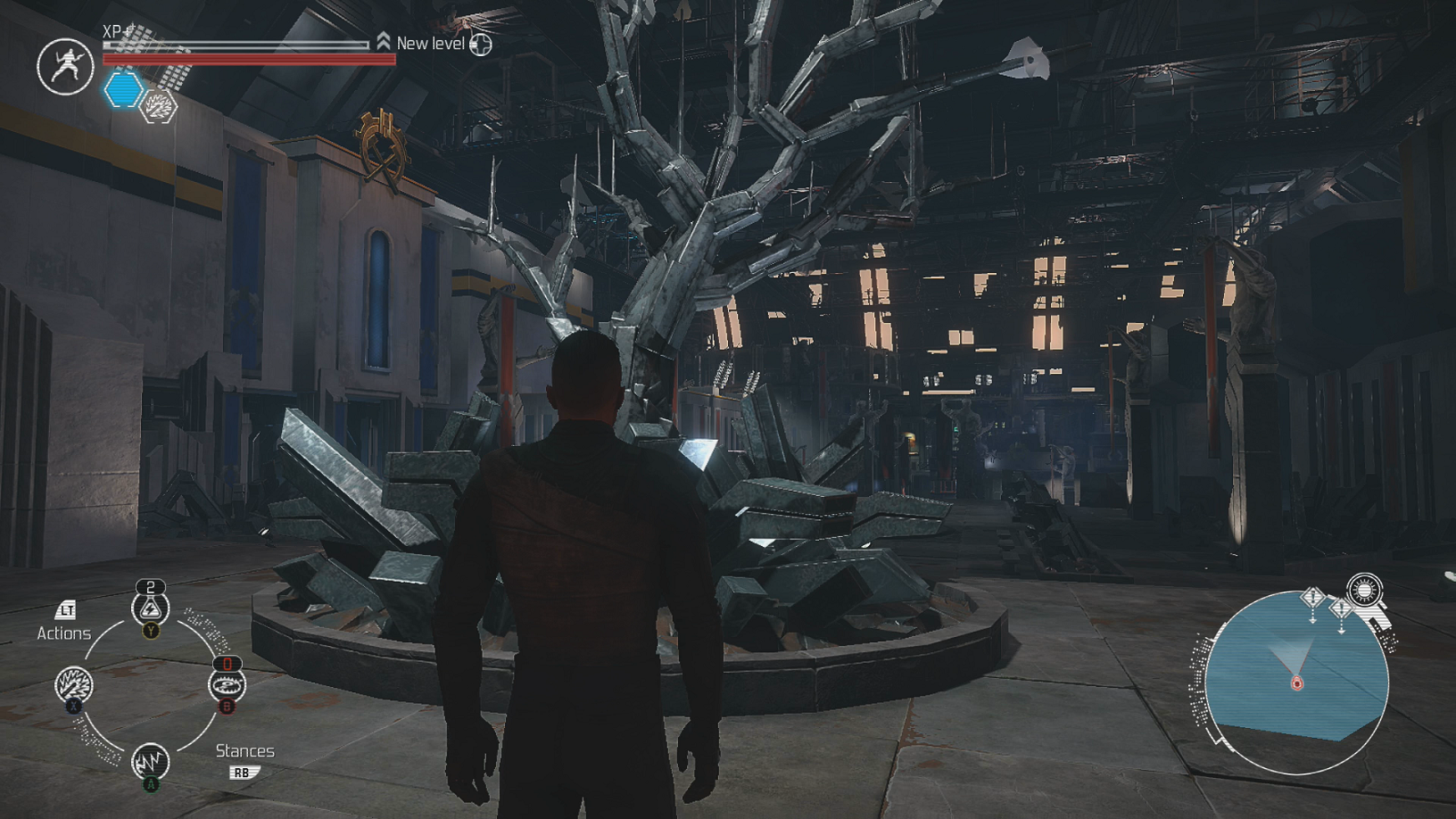 The story begins with a rote initiation prologue, where apprentice mancer Zachariah and his teacher travel to an abandoned dome outside of the city. It is here that the mancers bring all of their trainees to learn the secret of their origins, which isn’t all that great of a secret to begin with. The plot never really picks up after that, although it tries really hard. Zachariah is very dry, rarely imparting any kind of personality, and most of the supporting cast is similarly wooden. The plot meanders here and there but mostly stays on course; it just doesn’t have much of interest to say. In the tradition of RPGs it also throws completely unrelated quests at the player all the time, mostly of the backtracking fetch quest sort. 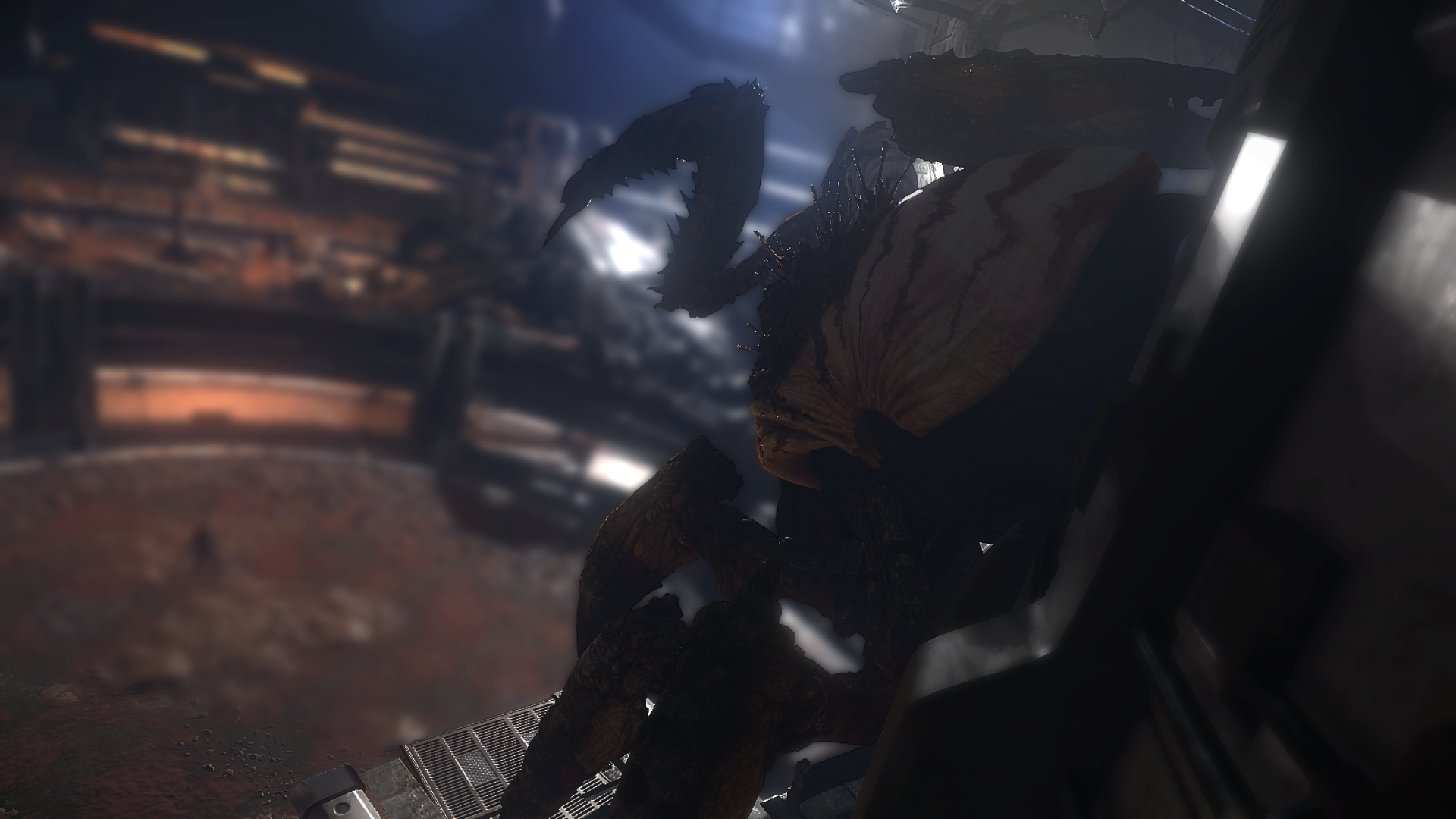 The gameplay also has the essence of the contemporary RPG: branching dialogue, big open maps with lots of vendors and quest NPCs, leveling, crafting, etc. The system is put together relatively well, but going through all of the motions feels like just that. It never draws me in the way a 'Dragon Age' or 'Witcher' does; it never achieves any level of heft or gravity. It emulates those other games admirably - not completely an empty vessel, but still falling far short of greatness.

The combat also suffers from some serious playability issues. It also has things in common with other third-person RPGs. Zachariah can use several different weapon styles depending on player preference. I like the shield and mace combo (actually instead of proper maces I used monkey wrenches a lot; clearly the mancers have taken vows of poverty) but there is also a staff and a dagger/handgun combo. The gun deals respectable damage but its rate of fire is extremely limited. Technomancy is only limited by available fluids, however, so enemies can be blasted at range with lightning. Unless of course they are the kind of enemy that is immune to lightning damage, which happens far too often.

Enemy AI is stiff and reminds me a lot of 'Mirror’s Edge Catalyst', where the cops just kind of spin around helplessly and are in general quite inept. The technomancer’s enemies aren’t as useless, and are often frustrating because they can magically blast through daze attacks and lay waste to Zachariah with just a few hits. It’s not the good kind of difficult; it’s the cheap/silly kind where a single random bullet from off camera can chew through half a health bar. This really only applies to humans - most of the creature enemies are far less difficult, having AI consisting of spinning around a few times. Even the bosses, as big and impressive as they are, blatantly telegraph their attacks and the only difficult thing about them is the huge amount of damage they can inflict if they manage to hit Zachariah.

The character development and crafting systems are bare bones. Any of the schools of technomancy fighting can be purchased at any time, but even in the endgame there is little wow factor in the repertoire. Crafting is mostly limited to weapons and armor, with some choice utility stuff, although I had a tough time actually using any of my traps and things on the erratic enemies. 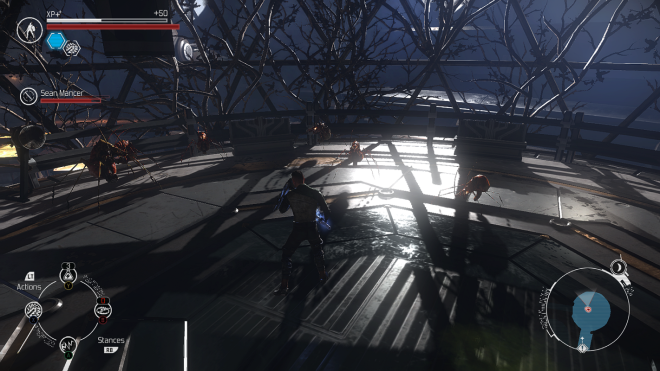 'The Technomancer' is a pretty game on the Xbox One, at least in the vistas of Mars and some of the environments. That’s a very good thing, as the sidequests will keep Zachariah trucking back and forth through these same environments many times over the course of a playthrough. There is a disparity in the quality of character models. The bigger set piece bosses look amazing, like the crickety mantis creature in the prologue, while its little bug children and standard human enemies look kind of bland and scratchy. The controls can be sticky outside of combat, and things like trying to open a chest or jump down a ledge can be troublesome. Performance stays a decent level through with few framerate hiccups. 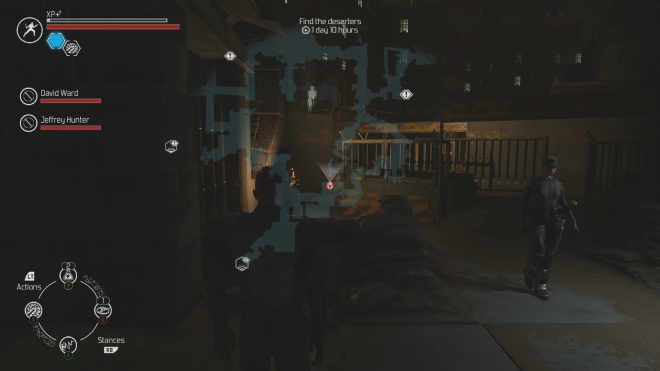 French composer Olivier Derivière, a favorite of Spiders, (he has also done work for other games, like 'Assassin’s Creed' DLC 'Freedom Cry') provided the music for 'The Technomancer'. It is quite good and lends scope to the overall Martian cyberpunk theme without becoming too fantastical or epic. The voice acting is not quite as good, with rigid performances from many of the actors, main character and extras alike.

In the vein of its inspirations, 'Technomancer' has different dialogue and morality choices, but not of the "need to play this again to experience everything" variety. The combat and RPG systems are so clunky that I couldn’t be bothered to load it up again even if the idea of multiple endings was tantalizing. 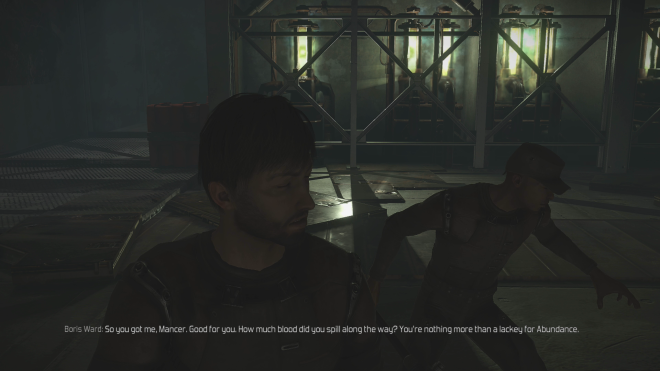 'The Technomancer' is not without its merits, but can’t quite find a place for itself in the RPG/action field. It is clear what Spiders was trying to do and I don’t fault them for it - their creation has the potential to be something special. In this current form that’s all it is though, just potential.