Xbox One
Must Own
5 stars The Game Itself
5 Stars
The Video: Sizing Up the Picture
5 Stars
The Audio: Rating the Sound
5 Stars
Replay Factor
3.5 Stars
Bottom Line
Must Own

Danish indie developer Playdead burst onto the gaming scene in 2010 by releasing 'LIMBO.' Their 2D puzzle-platformer garnered praise for its distinct visual style, physics-based puzzles and gruesome imagery. Six years later, the studio is back with another game in the genre called 'INSIDE.' While not a sequel, it builds upon many of the themes and mechanics seen in their debut effort.

So much of the joy I had in playing 'Inside' was discovering the world that Playdead crafted and what surprises it had in store for me. That's why I must preface this review by stating that anyone who enjoyed 'Limbo' should close this tab and purchase 'Inside' right away. It's better in every aspect, and it's made better by going in blind. For those not quite sold on it yet (or who have already played it), read on as I'll try to keep it as spoiler-free as possible (since pretty much everything mechanically I'll talk about is shown within the first 15 minutes).

'Inside' starts off the same way as Playdead's debut 2D platformer does with a small boy in a forest. No direction is given to the player, nor is there any narrative to explain why he's there. Instead, I was left to simply wander forward. It doesn't take long for one of the core mechanics to be introduced, as I had to hide behind trees in order to hide from dangerous men patrolling the forest. I, of course, learned this by running right in front of them, getting spotted and quickly punished for doing so. This mixture of "trial and death" familiarity and fresh, refined mechanics is what makes Playdead's second title such a step up from 'Limbo.' 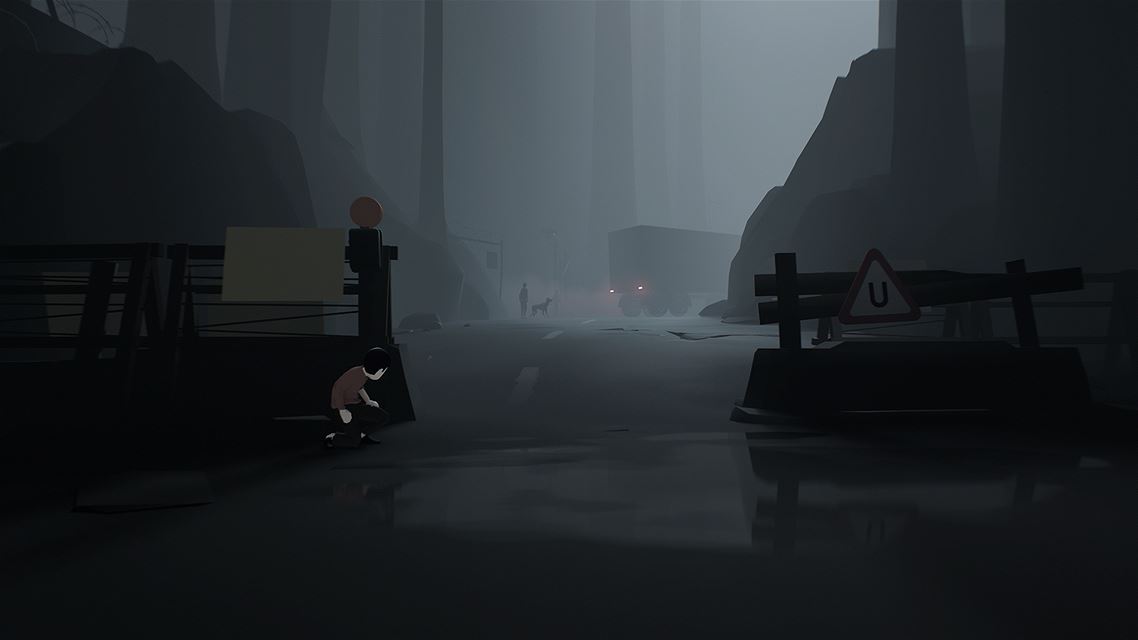 This isn't a retread, though. Despite playing similar to its predecessor, there's plenty of changes that make this a far better game. The most noticeable difference is that while completing 'Inside,' I died 1/4th the amount I did in the first half of 'Limbo.' That's not to say that 'Inside' is an easier game, but that Playdead has learned to teach the player what to do without resorting to constant death animations. In the past six years the studio has clearly grown, and they show this confident maturity in every step of the game.

Another change is that the puzzles are less physics-based this time around, which takes out most of the trial and error. Instead, the game often introduced me to what I had to do, and it was up to me to execute it. As the screenshot below demonstrates, Playdead all but told me flat out that I needed to dump that safe on the boarded up floor. There's not often a mystery as to what the player should do, it's just a matter of figuring out how to accomplish it. It's more satisfying this way, and I never felt at a total loss of what I should be doing. 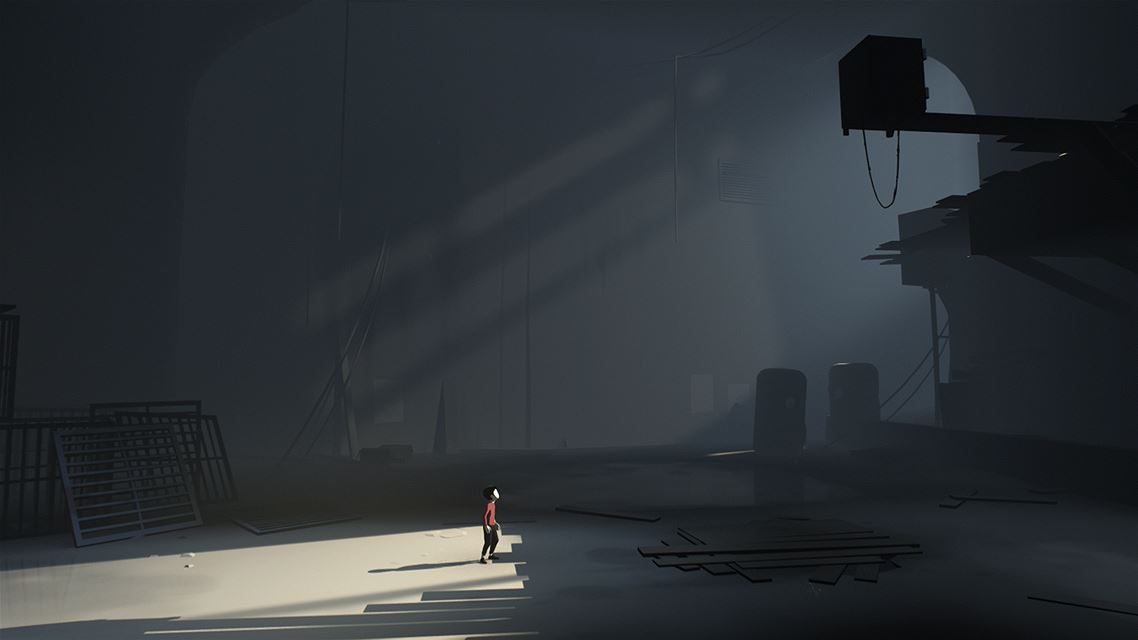 Another new mechanic has the player leading around groups of animals in order to accomplish certain tasks. This is brilliantly demonstrated early on as the boy stumbles upon a group of baby chicks. I was forced to clear the path ahead of me so that they could follow me, and they ended up helping me get past an obstacle. This is expanded upon later on, and the puzzles that come out of this mechanic are both brilliant and devious.

What's truly great about 'Inside' is how it constantly builds upon each mechanic yet still stays relatively simple. Besides using the analogue stick to move, players only need to press two buttons the entire game. One button jumps (this is a platformer after all), and the other interacts with objects. In an era where games are increasingly getting complicated, it's refreshing to see that a game can still be challenging while not complex in its controls. 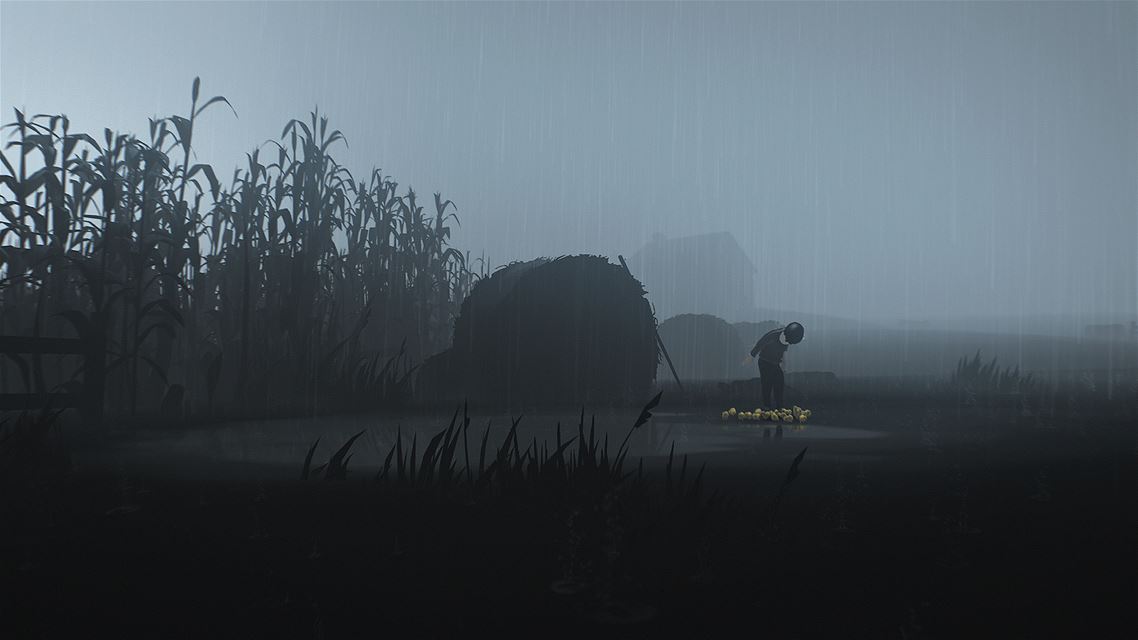 The mechanics are not the only thing that builds throughout the experience; the tension also thickens in turns. I constantly felt shock with what I was discovering within the walls. Just when I thought that things couldn't get more out there or messed up, Playdead would always top it within the next half hour. It's unsettling at points, but I always wanted to move on and unravel this mystery.

Playdead has developed a truly special game, and it all comes together in the last 30 minutes. Without spoiling it, I can only say that it's one of the most powerful and interesting endings I've seen in a game. It's an ending that I feel not an urge, but a need to discuss with other players. It caps off what is a strange yet ultimately human tale. 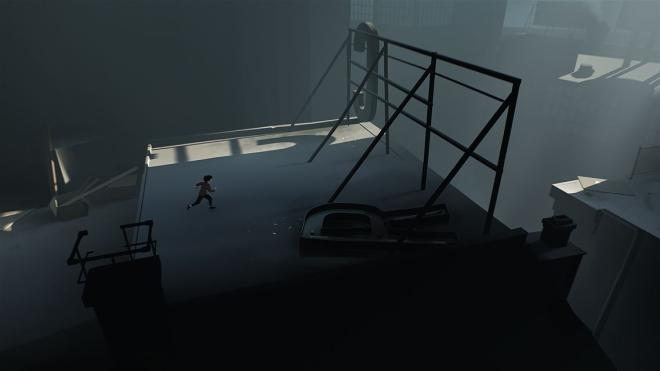 'Inside' uses a wider color palette than 'Limbo,' so at first glance it seems like a brighter game. This isn't the case. By showing off more to its world than silhouettes, Playdead presents something that ends up being even more grim. Despite this, there's a beauty that occasionally shows its face. It doesn't last long, but it's definitely present within the experience.

Aside from stellar art design, the animation also deserves praise. I was consistently impressed with how the boy moved through environments and climbed objects. Even mundane tasks such as dragging boxes are wonderfully animated, and the grisly death scenes are interesting to watch (in addition to being a great deterrent towards sloppy play). Every moment in 'Inside,' no matter how appalled I was while looking at it, is gorgeous on an aethestic level. 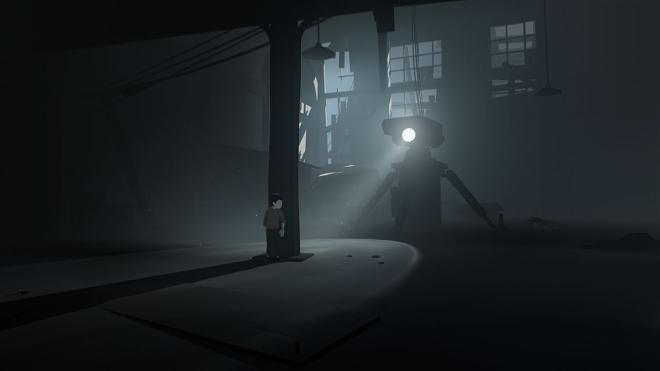 Similar to Playdead's first outing, there's no music in 'Inside.' Instead the studio opts for an atmospheric approach, and it's ultimately better off for it. I felt fully immersed in the world. Every sound effect I heard had an added impact since it was so different from the ambient noise that makes up most of the background noise. Early on, an angered pig's squeal scared me, and that wouldn't be possible if the game was accompanied by a busy musical score.

Immediately upon completing 'Inside,' I jumped right back in. This wasn't because I had unfinished business in the world, but because I just wanted to see everything unfold again. I wanted to better understand the game's message, and take in every piece of scenery. There is some traditional incentive to replay the story since all of the achievements are tied to finding collectibles hidden within the campaign. I only successfully got one during my initial playthrough and only saw two other ones that I couldn't figure out how to reach, so achievement hunters will probably have to play each area a few times to find them all. There's also a stage select, so those that want to use guides to scrounge for the extras won't have to replay the entire game.

Due to its relatively short length, Playdead's latest triumph fits comfortably with games like 'Gone Home' and 'Journey' as games that can be played in one sitting. It's a title that I want to show to other people, and watch their reactions as they stumble upon the strange twists that await them. While it's unlikely to get hundreds of hours of playtime like 'Overwatch,' it'll definitely be a game that I play occasionally since I want to experience it all again, just as I would watch one of my favorite films again. 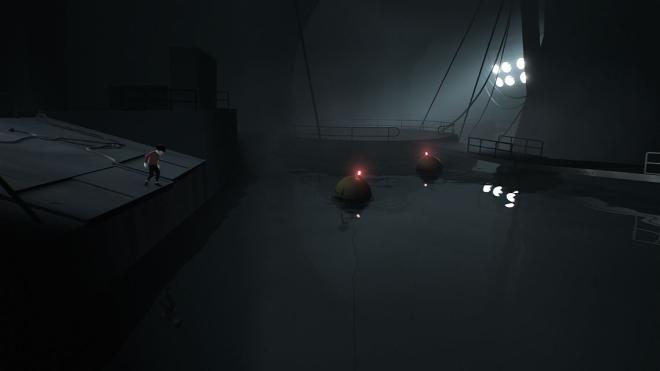 Playdead could have simply made yet another 'Limbo' and it would've been great. Instead, they kept the core gameplay and went into a bold yet familiar direction with it. 'Inside' hasn't left my thoughts since I completed it, and I doubt it will any time soon. It's a fantastic game that proves what the medium can do when used correctly, and provides an experience that can't be replicated by film or literature.