Xbox One
Skip It
3 stars

The Game Itself
3 Stars
The Video: Sizing Up the Picture
3 Stars
The Audio: Rating the Sound
4 Stars
Replay Factor
1 Stars
Bottom Line
Skip It

'Access Denied' is the seventh and penultimate episode in the first season of 'Minecraft: Story Mode', following 'A Portal to Mystery' in the bonus, post-Witherstorm storyline.

The final three episodes of 'Story Mode' are kind of a sitcom, with self-contained storylines that neatly fold into each episode, set within a thin veneer of overarching narrative. That narrative is the escape of Jesse and his friends from their native world after the near-apocalyptic witherstorm, and their bouncing around from one world to another, trying to return home. Axel and Olivia are still MIA as is the rest of the gang except for Lukas, Petra, and Ivor. 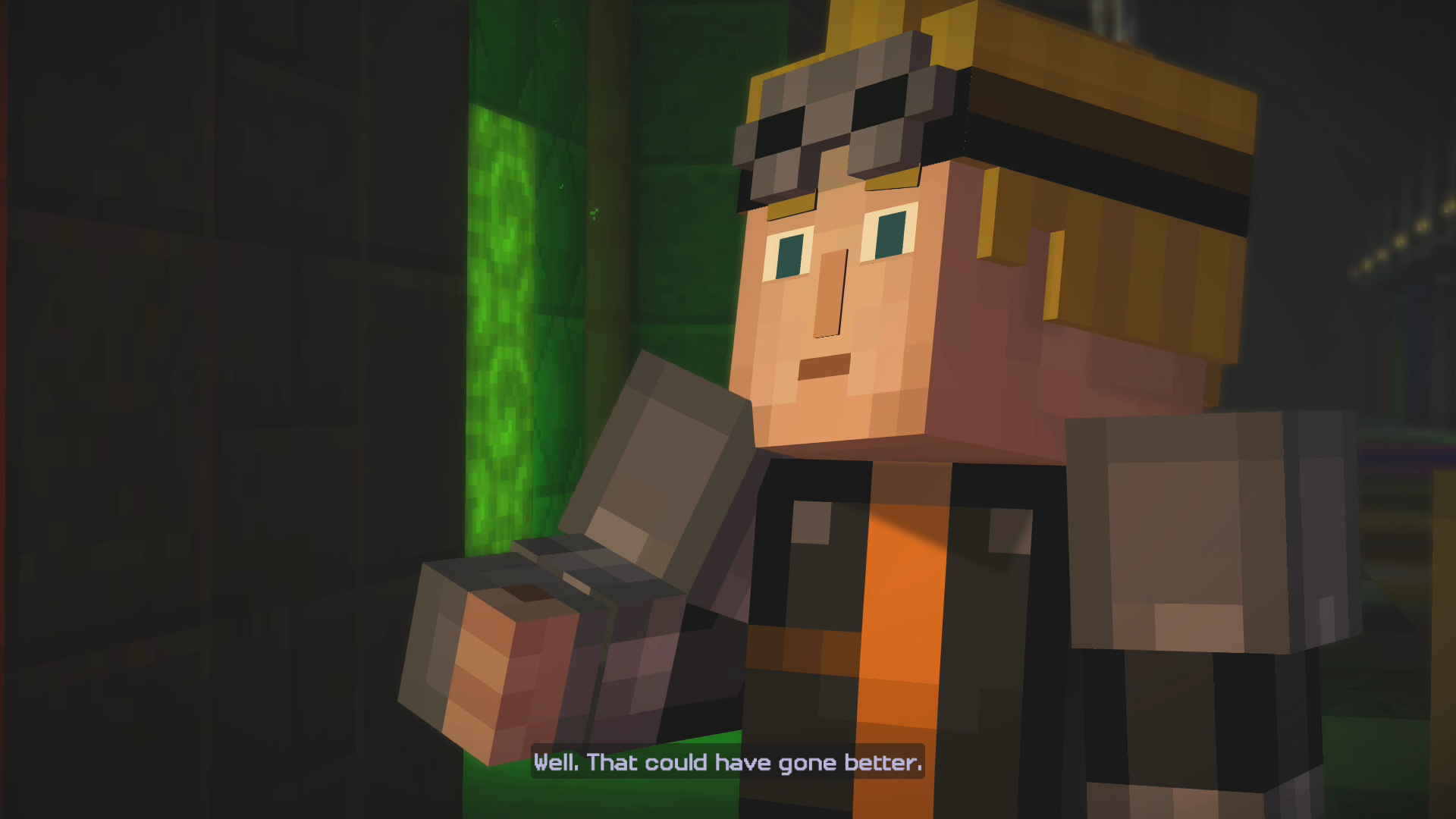 In 'Access Denied', Jesse and Co. have teleported into a very strange and sinister world. Only one human, Harper, has free will. Everyone else, including monsters like zombies and skeletons, has been "chipped' by a computer entity calling itself PAMA. The chipped creatures are controlled by PAMA and have a hive mind. PAMA insists that it's better this way, that her purpose is to make everyone useful, and in her opinion humans are particularly useless when they're making decisions for themselves.

The computer overlord scenario is a tired old chestnut, and it has translated into 'Minecraft' with mixed results. The plucky enthusiasm of the gang is infectious, but the story they've been surrounded with is too familiar. This is 'Minecraft' after all, and I want to see more 'Minecrafty' things. I want the in-jokes, the references, the sweet builds. PAMA and Harper are the only two new characters this episode, and Harper doesn't speak that much. Thankfully, PAMA pulls her weight and manages some funny lines and a deadpan, digital delivery.

The interactivity of the series is dropping steadily with each release. Telltale stories tend to move in one direction, with mild binary choices periodically, but it's becoming increasingly static as we go forward. There's little pretense of player choice anymore, and the post-episode statistics often include decisions that were trivial enough for me to have forgotten about in the one-hour running time. And while QTEs are no one's idea of amazing gameplay, even those are wilting, along with the movement/crafting scenarios. I think I crafted precisely two things in this episode, and one was a torch. 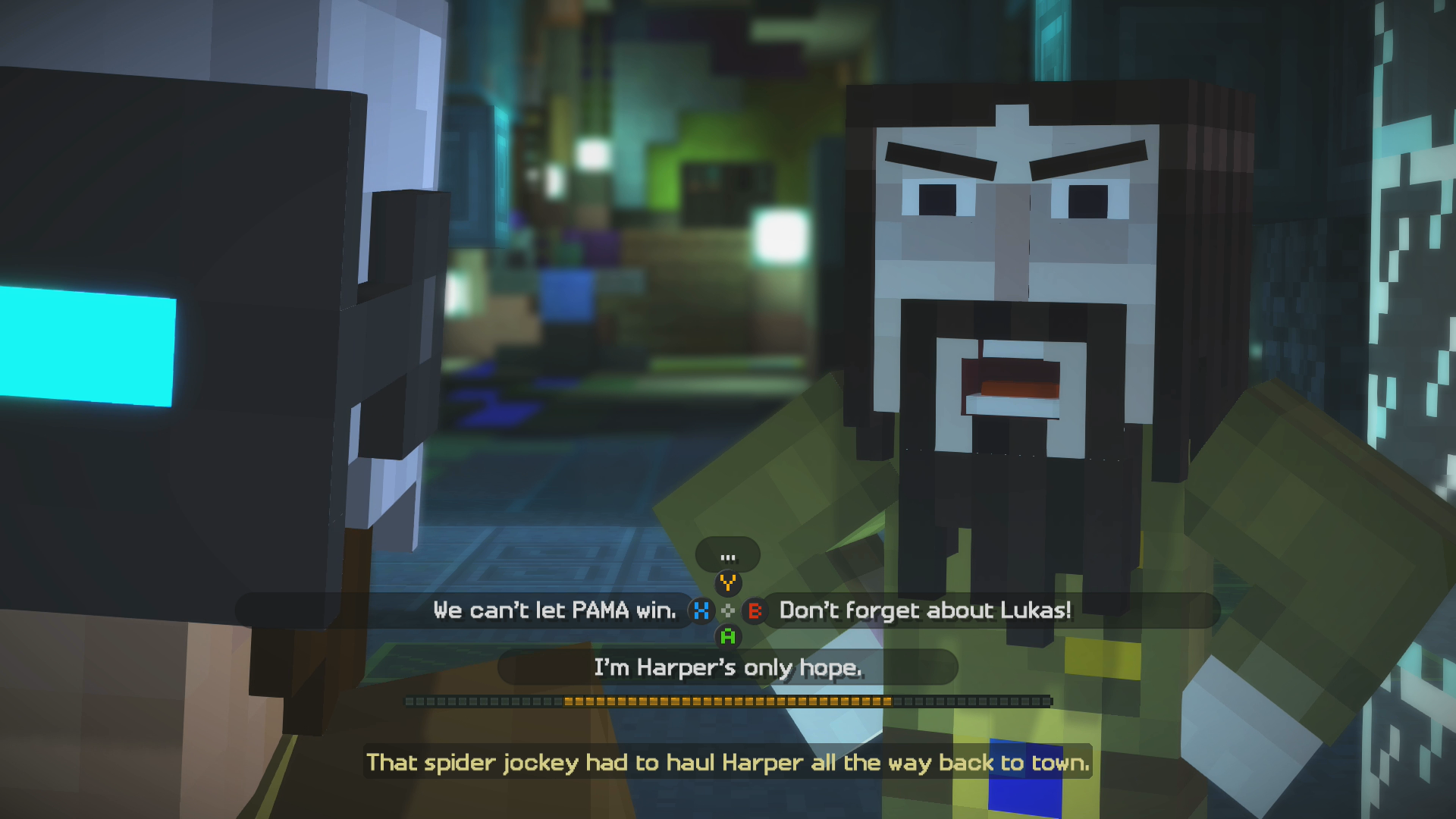 It's not that the plotline is bad exactly, it's just so workmanlike. It efficiently moves from one expected turn to the next, so quick that it slides past any attempt at character development or meaningful conflict. I know it's kind of a kid's story, but can't I hope for a little more? They surprised me with Reuben a few episodes ago; they could do it again, maybe not as dark but still with consequences. The nature of PAMA's chips could have provided the perfect impetus for this, as the idea of any kind of mind control is insidious and unsettling. It doesn't take advantage of its own plot, however, instead aiming for the low-hanging fruit. There are a few chuckle-worthy jabs at the nascent VR industry and gaming in general, at least. 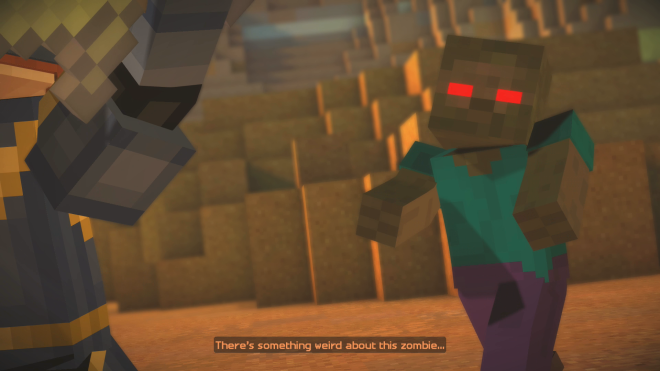 PAMA looks exactly as you might expect; a massive computer screen with emojis for a face. She is a sassy copy of HAL 9000, but with less angst. I was hoping for a nice set piece like we've seen the last few episodes, but the village in 'Access Denied' is pretty tame. The engine runs along smoothly for once. 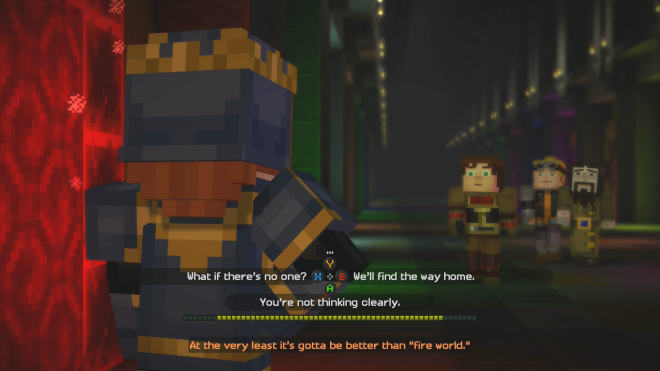 Great voice acting abounds, and it's a small cast so each character stands out. New addition Harper has only a small role, but her actress (Yvette Nicole Brown, 'Community') successfully imparts her sarcasm and comically high blood pressure. The music and sound effects have changed little from previous entries; quite good and in line with the low-key nature of 'Minecraft' audio.

This is the shortest episode yet, and because the choices feel less meaningful, I doubt I'll return to it. 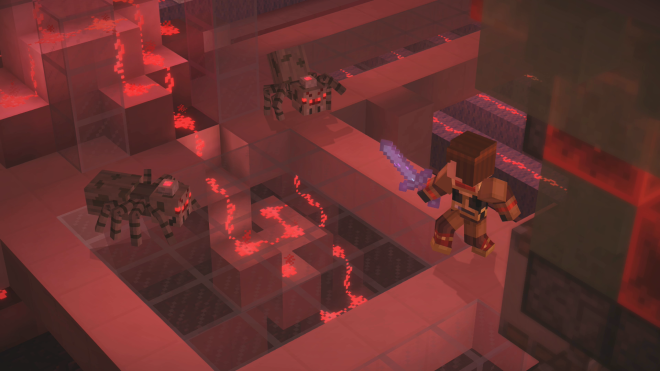 After last episode's streamer spectacle, I was hoping 'Minecraft: Story Mode' could shake off the cobwebs and head for the finish line with grace and aplomb. Instead, we have a tiny little episode with almost zero interactivity and a predictable plot. It's better than 'A Portal to Mystery', but that's a rather dubious honor.