The Game Itself
3.5 Stars
The Video: Sizing Up the Picture
2 Stars
The Audio: Rating the Sound
4 Stars
Replay Factor
4 Stars
Bottom Line
Worth a Look

Romance of the Three Kingdoms XIII

The latest entry in the storied historical strategy franchise 'Romance of the Three Kingdoms' seeks to be the most approachable entry in the franchise, with all new modes designed to introduce new players to the series. There is the character-focused Hero Mode, which doubles as a tutorial mode, and the traditional campaign in which players will work to unite all of China. There's a wealth of strategic options promised, which should help this game to be the deepest entry in the series yet.

'Romance of the Three Kingdoms' has been around as a game series for almost 30 years now, and despite Koei Tecmo's best efforts, it still feels like an unknown property just about everywhere outside of Japan. This is in no small part thanks to the games being nearly impenetrable to all but the biggest strategy diehards. Previous entries have made no attempt to explain their myriad mechanics in the slightest, and generally want players to either be astute scholars of the manuals, or to just figure everything out for themselves.

The thirteenth mainline entry in the series, perhaps in part due to Koei's recent push into wider Asian markets, makes strides to be at least somewhat accessible, without losing out on any of the franchise's complexities, and at least to some degree, it succeeds on that front. 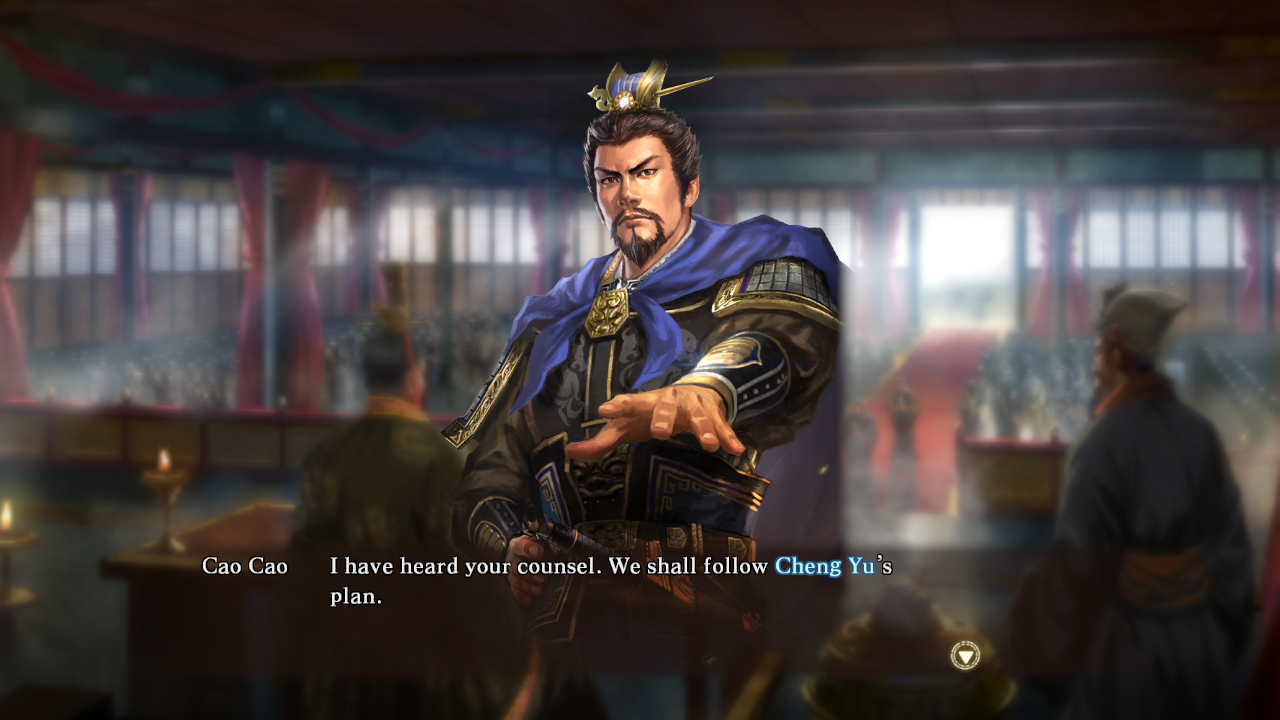 Right from the start, 'Romance XIII' warns players that they should check out the game's new Hero Mode to understand the game's systems. This is advice that should be heeded, as even with indulging in the game's tutorials, this is easily one of the most complex strategy games I've ever played, hands down. Thankfully, Hero Mode tries a bit harder than tutorials usually do, and it definitely pays off.

The Hero mode guides players through a series of character specific stories set during the Han Dynasty period, which each story teaching players about different mechanics at a (thankfully) gentle pace. There are an absolute ton of systems and ideas that really can't be ignored if players want to be at all successful, ranging from building relationships between characters to developing towns and overseeing wars. For grand strategy fans, this won't be too difficult to approach, but to just about anyone else, there's a silly amount to micromanage here. That's why it's nice that Hero Mode does its best to ease players into everything, giving context to each system in a way that feels a lot more meaningful than the majority of tutorials really do.

But where 'Romance' differentiates itself lies in its focus on interpersonal relationships above all else. The general flow of the game sees players tasked with bringing China under their control, in a manner not terribly dissimilar from Koei Tecmo's other strategy series 'Nobunaga's Ambition', and while the game gives players the option of conquering through force, it also asks that they consider a less violent route. Instead of simply fighting, why not coerce an enemy's officers to switch sides? Why not settle differences through talking, instead of fighting? It's crazy just how many options there are here for peaceful strategy. Units can be married off into rival kingdoms, preventing conflict, players can get into debates, which, almost hilariously, has its own approach to turn-based RPG combat where an enemy's next move must be predicted and countered by selecting debate topics that will overturn theirs. Peace treaties can be set up, compromises can be reached, convincing both sides in a conflict to step down, and simply becoming friends with the leader of a rival nation can put an end to fights. It's an almost crazy amount of complexity, but the amount of choice available definitely helps the game a great deal. 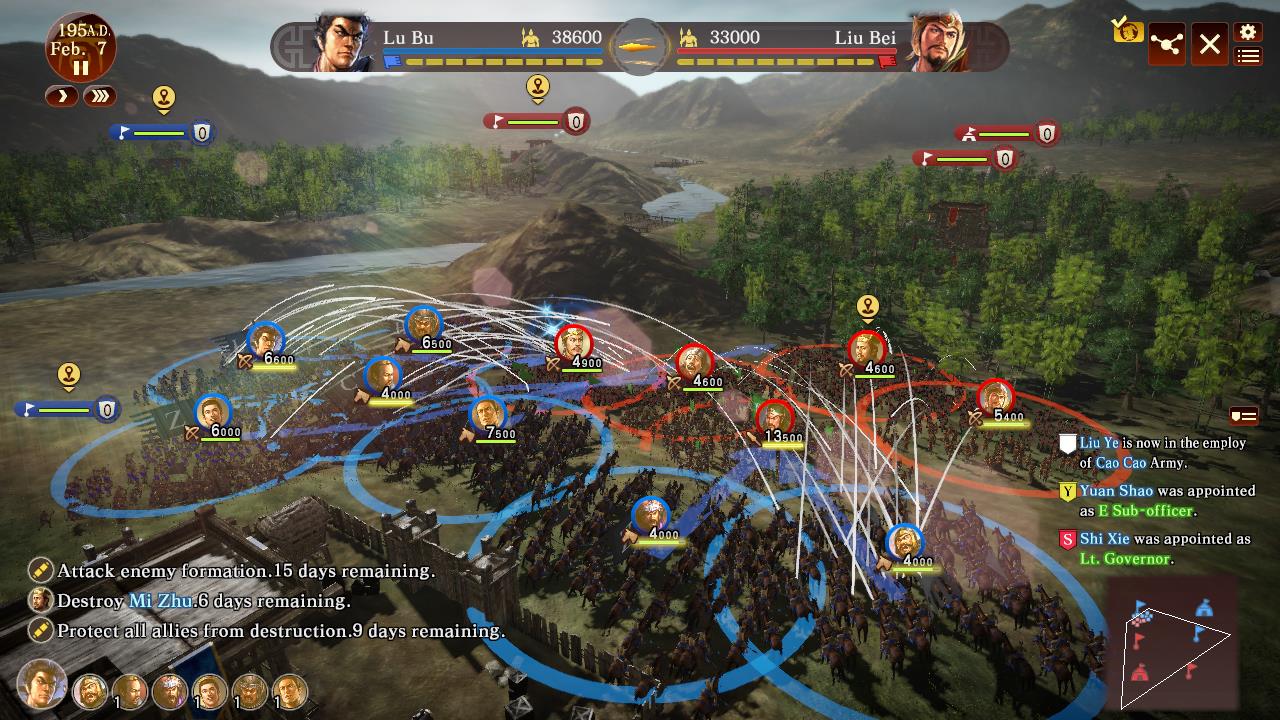 When it comes to raw combat, however, things aren't quite as complex. When enemy forces meet on the map, the game shifts to a standard RTS setup across fairly small maps until either side is obliterated. Combat effectiveness for each unit is determined by their morale, which is affected largely through the capturing of enemy bases. It's almost always a numbers game, with larger squads mostly defeating smaller ones with ease, but through smart play, the odds can be overturned. Additionally, each unit will have a commander with a unique skill that can turn the tide of any situation if used correctly. These skills can do things such as buff units, lower the morale of enemies, or even bring in reinforcements to replace dead soldiers. Knowing when to best use these skills is a big part of what makes the RTS component work, even if it is a lot less complex than the other facets of the game.

Between managing relationships and fighting, the game also has a fairly complex town management component, where each aspect of a town's growth can be managed to a fine point. Focusing on building up farming in an area can lead to more abundant resources, but developing a town's military can greatly enhance the strength of units sent into combat. Managing a town's education will lead to new technologies being unlocked, which can further influence its development, and prevent enemy forces if a town is ever under siege. The town management is actually the most forgiving system in the game, and if managing each one under my control ever became too difficult, I could simply appoint my officers to manage my towns for me, developing it adequately without needing me to interfere. It did, admittedly, make my input in each town feel a tad trivial, as the AI almost always seemed to have a far better idea of what to do than I did, but I appreciate the option, nonetheless. 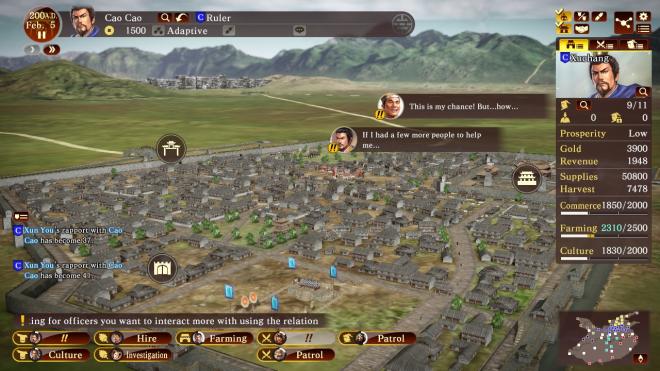 This is, not to mince words, an ugly game. The character artwork is lovely, but for the most part, the game is made up of low quality character models during combat or flat, dull environments. That said, with the game revolving as heavily around menus as it does, visuals were never going to be something that needed a great deal of attention. Still, it's a shame that, in places, the game looks worse than last year's 'Nobunaga's Ambition'. 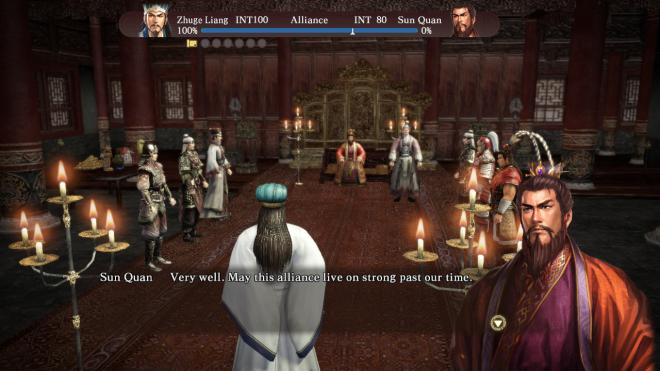 'Romance' has a surprisingly lovely soundtrack, with the more mellow music that makes up the game's diplomacy and town management segments going a great deal towards stopping anything from ever feeling tedious. During combat, the music becomes a tad less distinct and interesting, but there's not a single track I'd say is bad. The nicest touch, and a series first, is the option for entirely Chinese voicework, which might be the first time I've ever seen it as a language option in any game. It's a small thing, but it does lend the game an air of authenticity that I greatly appreciate.

The game is essentially endlessly able to replayed, while there are only a few basic campaign scenarios available, every little detail of the game can be tweaked to a great degree, meaning that each campaign can be tackled in a multitude of totally different ways. 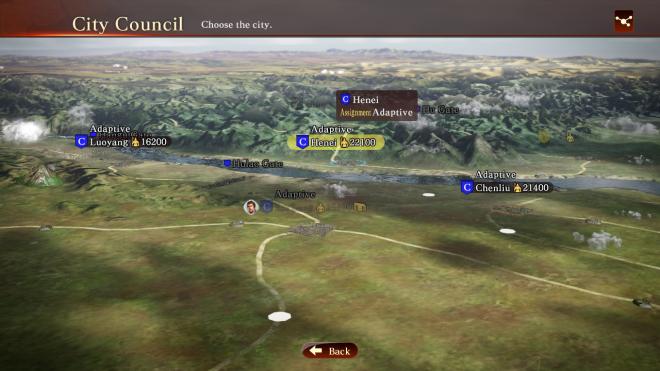 While it's complexities edge a tad too close to convolution at times, 'Romance of the Three Kingdoms XIII' was a great time once I wrapped my head around it all. The steps towards accessibility, while far from perfect, definitely make this the most user-friendly entry in the series, and the amount of options available to players is hugely appreciated. I don't think it reaches the same highs that 'Nobunaga's Ambition' did, and that game was a tad more efficient at introducing its concepts, but it's still a unique, interesting strategy game that genre fans really shouldn't overlook.