The Game Itself
3.5 Stars
The Video: Sizing Up the Picture
2.5 Stars
The Audio: Rating the Sound
1.5 Stars
Replay Factor
4 Stars
Bottom Line
Recommended

In 2014, Four Circle Entertainment released '10 Second Ninja' on PC. The masocore platformer, whose hook was that every level must be completed within 10 seconds, received a positive response from both critics and consumers. Now two years later, the developer has returned to the concept with a sequel called '10 Second Ninja X.'

'10 Second Ninja X' is all about speed and simplicity. The setup is a simple one, as it tasks players with defeating all of the enemies within a given area in 10 seconds. Those who do it within that timeframe will receive a star as a reward, and up to three of these medals can be earned depending on how fast it can be completed.

The premise is as basic as can be, and the controls are just as easy to grasp as they follow the genre's norms. In order to navigate, I controlled the ninja with the left analog stick, and jumped using the cross button. Since I couldn't kill a robot by simply jumping on it, I had to throw ninja stars at them with the circle button and chop foes in half with my katana by pressing square. It's very easy to pick up, which is good since the game focuses on mastering these skills. 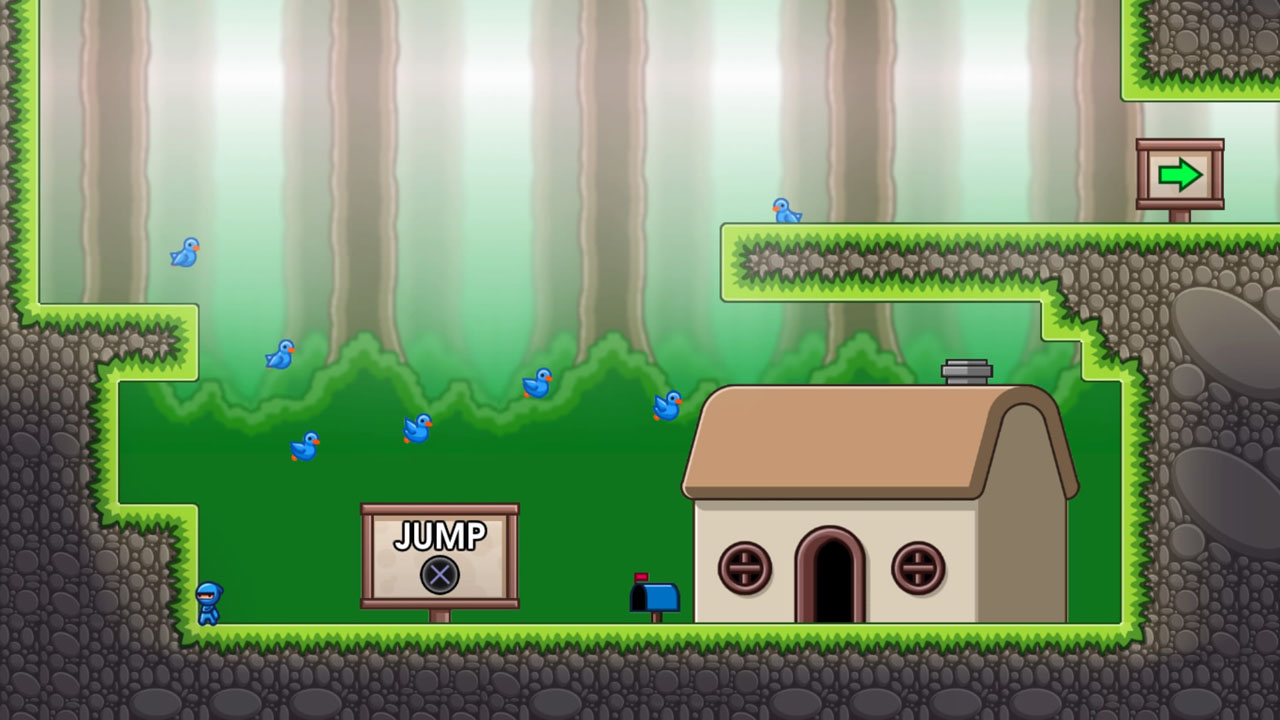 I quickly learned that the levels are typically pretty easy to beat within 10 seconds. Sure, one hit from an electrified fence would kill the ninja, but I was able to clear every stage in a few tries I found that the real challenge is doing them even faster, as most will have to be completed within five seconds to earn all three stars. This is important since the game locks progression to how many stars the player has, so simply clearing every stage isn't enough.

After beating all of the initial stages, I found myself largely stuck. I needed 20 stars to move on, which meant that I had to replay levels repeatedly until I was completing them fast enough. This was initially annoying as I was often several seconds behind where I needed to get. Then on one of my many retries, something finally clicked. I was looking at the game completely wrong. '10 Second Ninja X' is a platformer, but it's also a puzzle game. 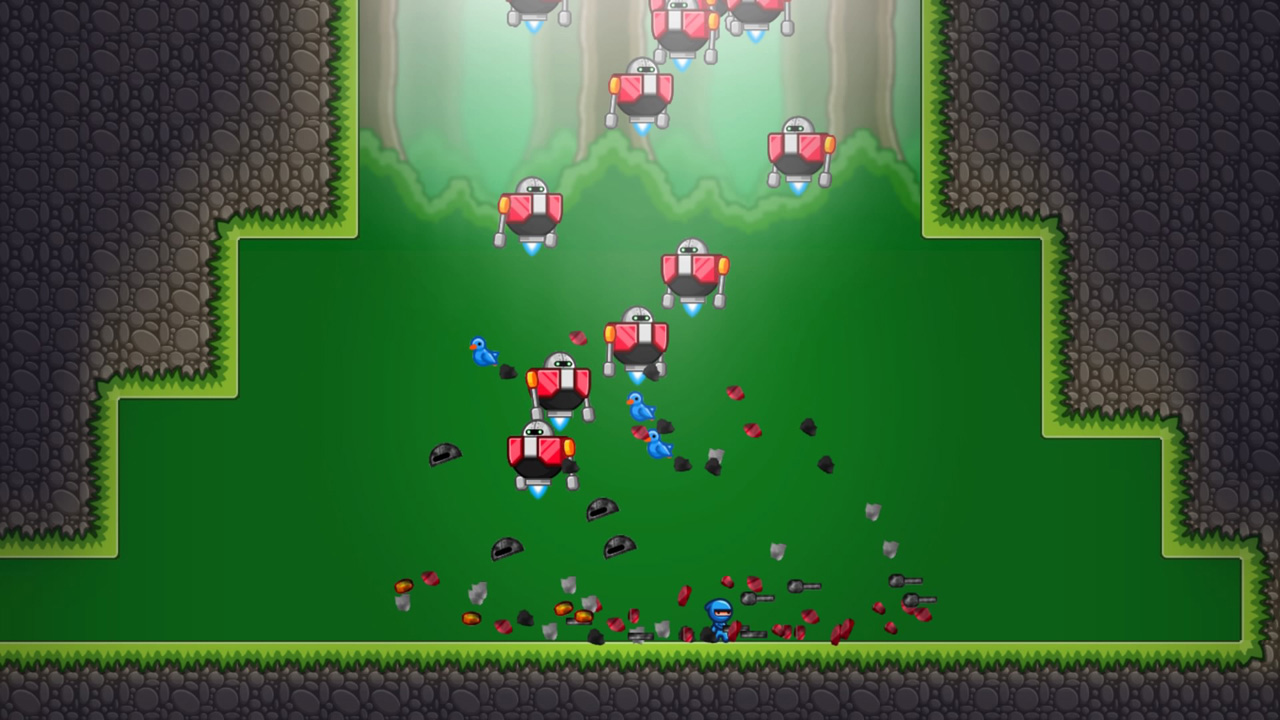 This revelation caused me to look at levels with an entirely different perspective. Instead of just trying to kill everything as fast as I could, I needed to plan things out and execute those plans efficiently. This led to me staring at each stage, examining where I should go, and what enemies I should I use ninja stars on instead of slicing them with my sword (the ninja is limited to only three ninja stars per level). Once everything clicked, I never looked back and was able to swiftly progress through the game.

There are six different sets of levels in the core game, and typically they each add a different mechanic into the mix. These range from switches that morph the environment and alter the available path to bounce pads that allowed ninja stars to reflect into other directions. None of these are really game changers, but they are all interesting ideas that get to be explored. 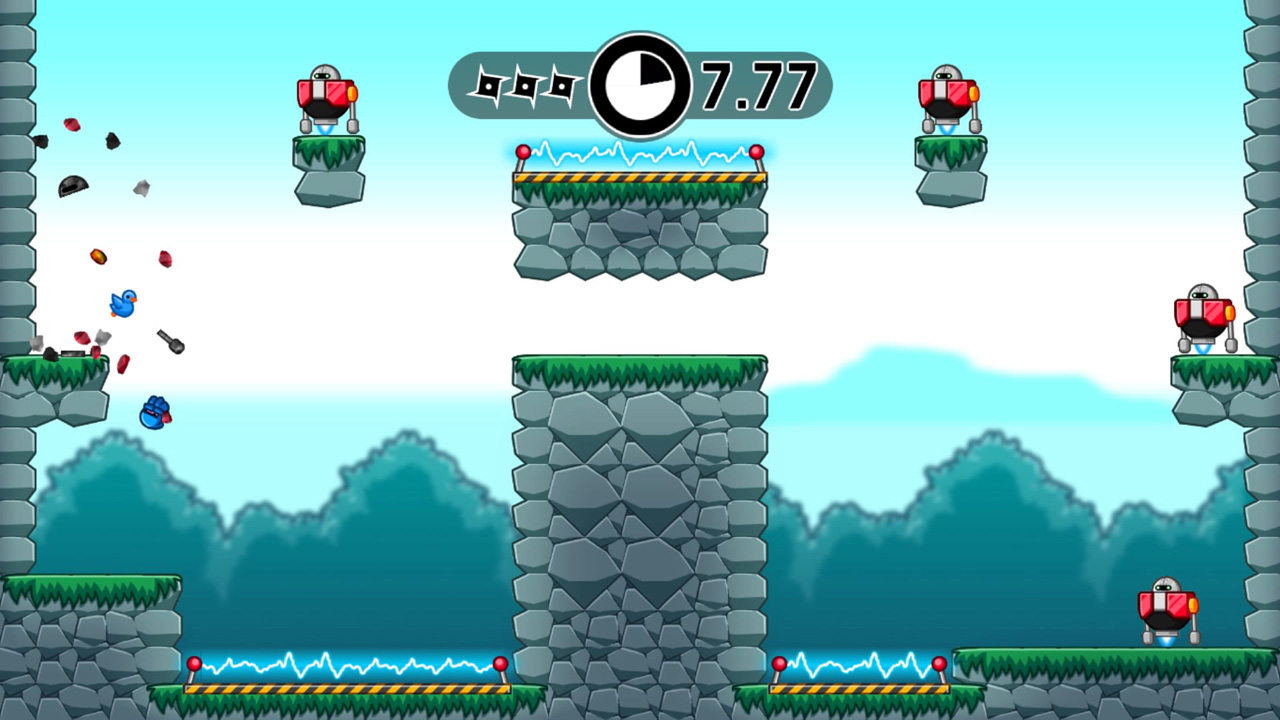 If there's one major disappointment, it's that these different mechanics never truly come together at the end as one would expect. I wanted crazy hard bonus levels or a boss fight that incorporated all of these ideas to finish the game. Instead, I just hit the required star count and was treated to a funny, yet anticlimatic cutscene. '10 Second Ninja X' builds a lot upon the first game's core idea, but it definitely doesn't flesh it out all the way to where it could be. There is still room to grow.

While the gameplay is highly refined, the same can't be said for the overall package. I constantly ran into glitches while playing the game. Trophies failed to pop, the in-game hint system stopped working and I even ran into an issue where the auto-save stopped working. Unfortunately, this occurred right after I had completed the game, so the next time I booted up '10 Second Ninja X' I had about 100 stars less than I had earned.

These glitches are very annoying and bog down what is otherwise a polished product. The saving grace is that since each level only takes a few seconds to complete, I found it easy to make up my progress. I had already solved these levels before, so it was only a matter of replicating my past performances. It's unfortunate, but thankfully the game is fun and short enough for these inconveniences to just be a minor issue. 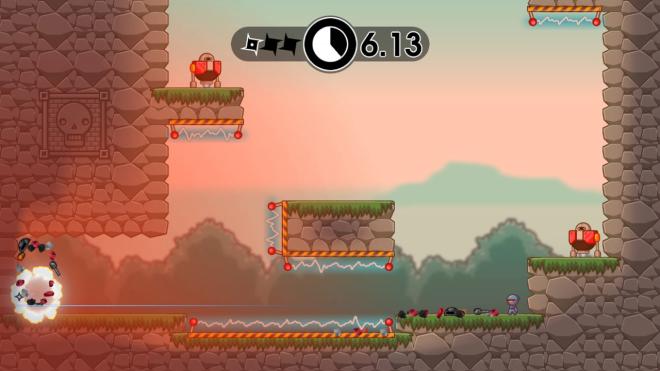 '10 Second Ninja X' features a colorful 2D art style, but one that just seems generic. Each set of levels features a different theme, but they're all pretty generic in nature. There are ice levels, stages that feature grassy plains, and every other platforming trope is represented. Even the titular hero doesn't stand out, and all of the baddies are just dull looking robots. It's completely lacking in any personality from a visual perspective, which is strange since the few lines of dialogue in the game are all bursting with character. 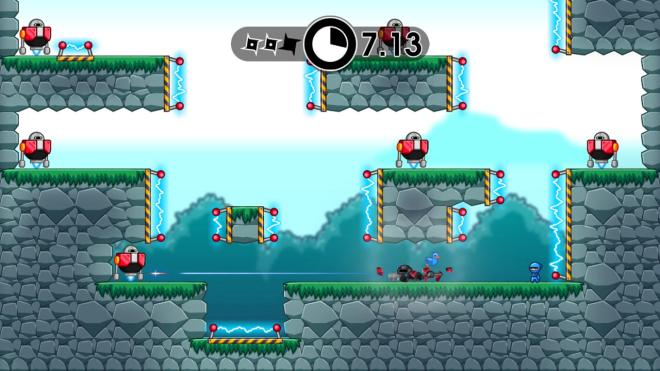 While the visuals may be generic, at least they are polished and nice to look at. '10 Second Ninja X's music on the other hand adds nothing to the experience. Every area features generic rock music that loops in the background infinitely. It's forgettable and deeply disappointing when its masocore contemporaries like 'Super Meat Boy' feature fantastic music.

After completing the main story of '10 Second Ninja X,' I unlocked a set of "legacy levels." These are all 40 stages from the original '10 Second Ninja," which have been remastered for this sequel. It's a great inclusion, but since 'X' is so much more difficult than the original game I found myself quickly blitzing through these bonus levels in less than 20 minutes. That's a bummer.

It really feels as if the original levels should've been slotted at the beginning of the game instead of being a reward for completing it. That way these stages could've served as a tutorial of sorts, and there wouldn't be a huge difficulty spike from the very beginning. It ultimately feels underwhelming to get a bunch of less complex levels after the game.

That said, there's still plenty of reasons to come back to '10 Second Ninja X' after completing it. I had a blast beating the best times of my friends, and always wanted to achieve three stars on each level. There are also a few rewards to be unlocked, such as different costumes, and a bonus game called 'Nunnageddon II: Think of the Children.' This additional 2D action game isn't much fun, but at least exploring the hub world in order to unlock it is enjoyable. 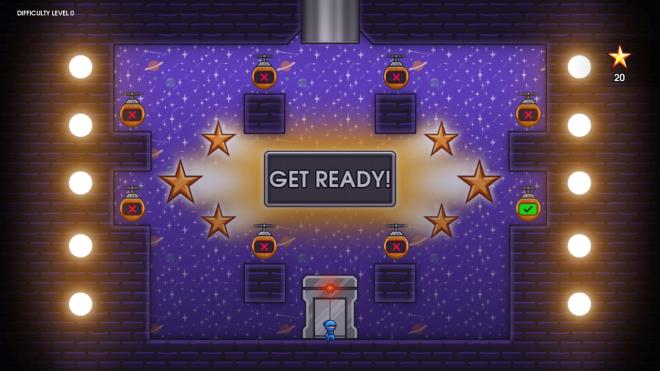 While '10 Second Ninja X' suffers from a lack of difficulty scaling, it's still an enjoyable skill based title that is as much a puzzle game as a platformer. I felt satisfied every time I laid out the correct path to take in a stage, and it was even more thrilling when I was able to successfully execute my plans. The biggest problem is that the main game ends just as it begins to hit its stride, and it feels like the core idea could've been fleshed out more than it has.