The Game Itself
3.5 Stars
The Video: Sizing Up the Picture
3.5 Stars
The Audio: Rating the Sound
3.5 Stars
Replay Factor
4 Stars
Bottom Line
Recommended

Last month, IO announced two bonus missions for 'Hitman', called 'The Icon' and 'A House Built on Sand'. They take place in previously released maps: Sapienza and Marrakesh, respectively. Season pass/full game owners get them gratis, as well as a third bonus episode to release "later in the season". For everyone else, these missions will be purchasable later.

Per the storyline - if you pay attention to such things - these episodes take place years before the regular season content, and are 47's first forays into Sapienza and Marrakesh. Dino Bosco is the sole target in Sapienza, which is less of a touristy resort town and more of a dark, destroyed pile of rubble masquerading as a movie set. Bosco is a washed up old actor playing the Icon, an Iron Manish kind of hero in a pulp sci-fi film that has gone horribly overbudget. Rather than risk contract problems by terminating Bosco, the production company has turned to 47's employers to terminate him in a different fashion. 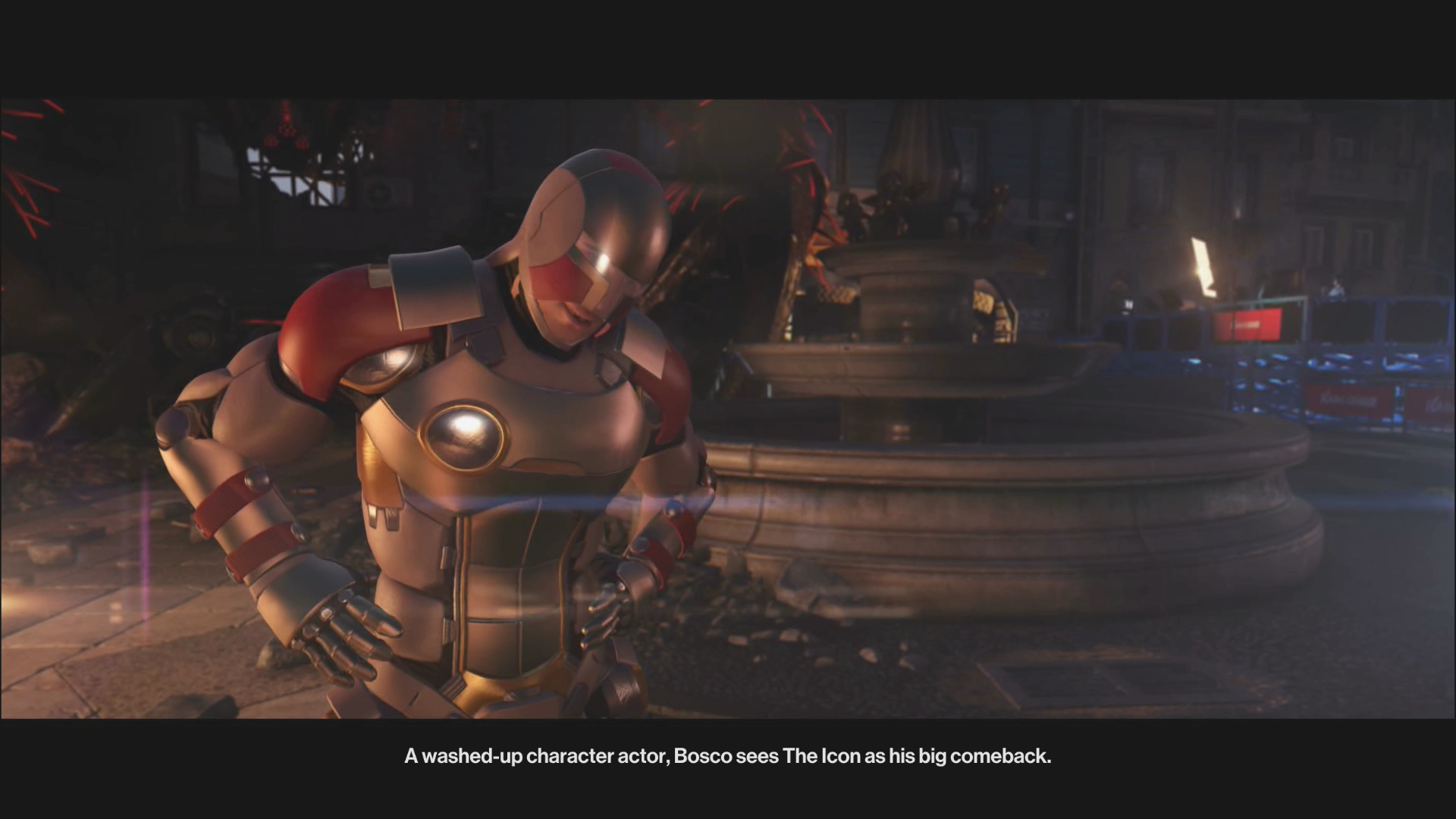 In 'A House Built on Sand', 47 visits the now much less riotous Marrakesh. The embassy is closed this time around and more emphasis is put on the city's night market. There are two targets this time, a couple of gentlemen intending on trading a super important secret for lots of cash, so naturally 47 must dispose of them and retrieve the secrets. Like many of the dual-target assignments, they eventually meet up at some point during the mission, so with a bit of ingenuity 47 can plan a spectacular double kill. 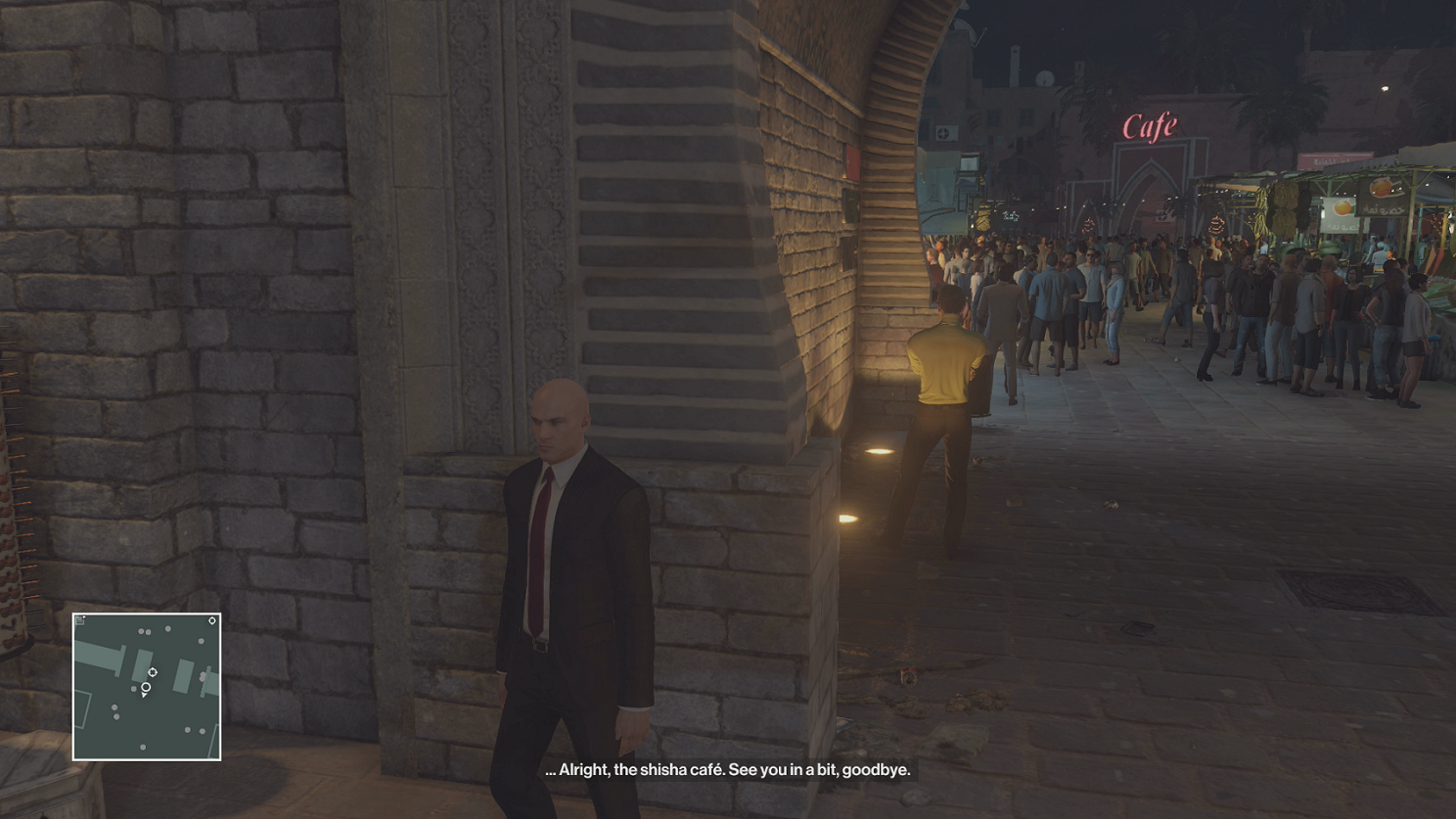 Both missions take place in the dark, which can dramatically change the timbre of an assassination. Killing a stranger in broad daylight always seems so dirty, somehow. I would imagine that killing people at night is easier - the light is dim, people are sleepy or intoxicated, inhibitions are lowered. Also, I never really noticed until now just how psychotic it sounds to review a 'Hitman' release. Yes I thoroughly enjoyed sneaking into Dino's trailer, hiding in the closet until the opportune moment, and then murdering him with an axe, thank you very much.

The mansion in Sapienza is mostly off limits this go-around, and a large section of the town square has been cordoned off to make room for the movie set. Security is extremely tight and the Icon suit is bulletproof, so instead of hands-on killing, I was highly encouraged to go into costume and look for other options. Bosco does his own stunts, after all, and accidents on a movie set can be very serious. IO took this opportunity to inject a lot of dark humor into 'The Icon'. Dino can be killed in very gruesome, artistic ways, not just with poison or fiber wire. Even more so than some of the funny stuff from the regular Sapienza, the tone has become lighter, reminiscent of some of the gag missions from earlier 'Hitman' titles. Apropos, this week's elusive target (the time-sensitive assignments), is a completely in-character, manic Gary Busey, who wanders around Sapienza reciting pornographic and yet rather eloquent poetry to random women. 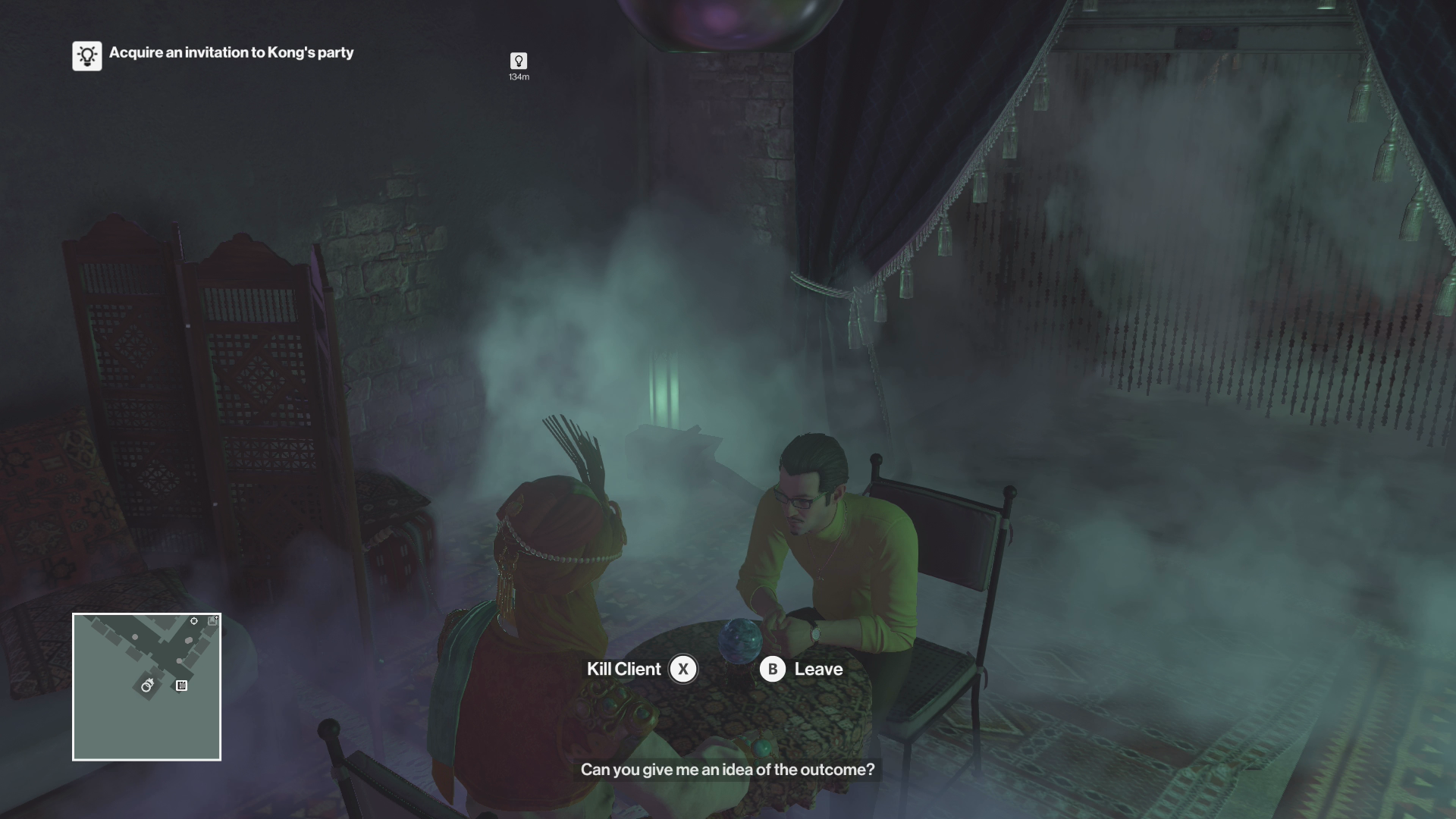 'The Icon' is the stronger of the two missions in the episode. I like 'A House Built on Sand', but I won't be playing it as much as its sibling. It is rather rote and even its more creative kills, like electrocution in a pool of water (and referring to it as dancing), pale in comparison to the colorful ways Dino can die. There is a scene in a fortune teller shop that is pure gold, though, and might be my favorite 47 disguise to date. Except for the Big Bird lookalikes in Murder of Crows, of course. 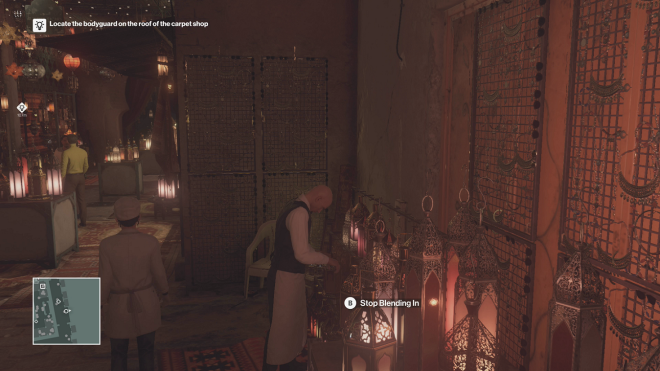 'The Icon's Sapienza is a small but well designed level. It looks like a cheap sci-fi action set, exactly like it's supposed to. There are eyes everywhere, not just armed security but also throngs of bystanders just waiting for 47 to screw up and commit a crime in plain sight, then tattle on him. Marrakesh looks mostly the same, with a few shops and crowds having been rearranged, and the embassy no longer available. 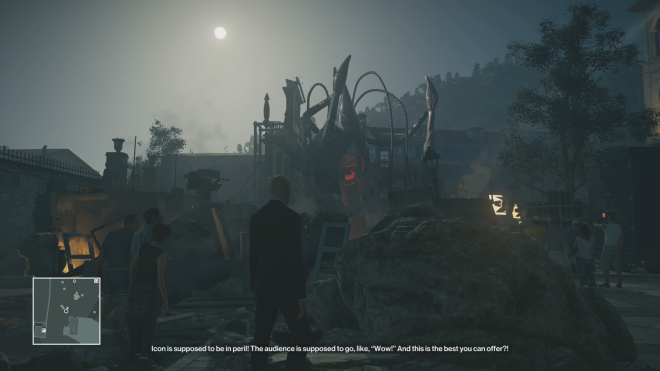 Not much new audio to speak of, except for the voice acting. Most of the characters have an American accent of course, regardless of their national origin. 47 even speaks a little bit if you get him in the right outfit, a rare treat.

'Hitman's episodic format is finally beginning to look like a full video game, with content slowly filling into all of the empty nooks and crannies. Of course, the game as a whole still only has four full maps, so much of the replay value consists of perfecting each hit. There are the interesting kill setups, Easter eggs, and other goodies scattered amongst the inhabitants of each map. It is a missed opportunity that none of the 'Summer Bonus Episode' objectives add to the map mastery; although unlocks from the main season missions carry over here. 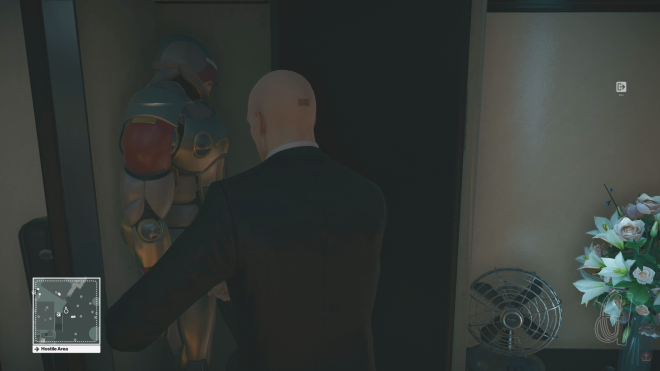 It's a bit thin on content for a full episode, but some of the set design and kills in 'Hitman's 'Summer Bonus Episode' are some of the best yet in the serial. It's not the kind of golden goose episode that people should be falling all over themselves to play, but it is a solid few hours of fun in previously visited locales. August and Thailand with it are fast approaching, and we have high hopes.