The 'Dead Rising' franchise has always had a close relationship with the Xbox, with many of its episodes being Xbox console exclusives in one form or another. The latest sequel, 'Dead Rising 4', is an XB1 time console exclusive for a year and returns to the series' roots with Frank West once again investigating a zombie outbreak in Willamette. While it is available on PC, it is sadly not part of the Play Anywhere program.

I fell in love with the zombies-in-a-shopping-mall fantasy while watching 2004's 'Dawn of the Dead' remake. It sounds like a match made in heaven, doesn't it? All of the fun of the apocalypse and the lawlessness that goes along with it, combined with pure consumer gluttony. Looting stores, saving people from cannibalism, hopefully eating food if the mall had a grocery store, etc. Two years later my dreams came true in digital form with 'Dead Rising', a Capcom zombie game set in a typical American shopping mall, saturated in camp and punishing gameplay mechanics. It was beautiful. I have closely followed the series since then as it changed hands from Capcom's internal dev team to Canadian studio Blue Castle, which was later purchased by Capcom and rechristened Capcom Vancouver.

In truth, 'Dead Rising 4' is a sequel only as far as that number in the name. Except for the zombies-in-a-shopping-mall bit, and a few holdovers like combo weapons, it bears little in resemblance to previous iterations. 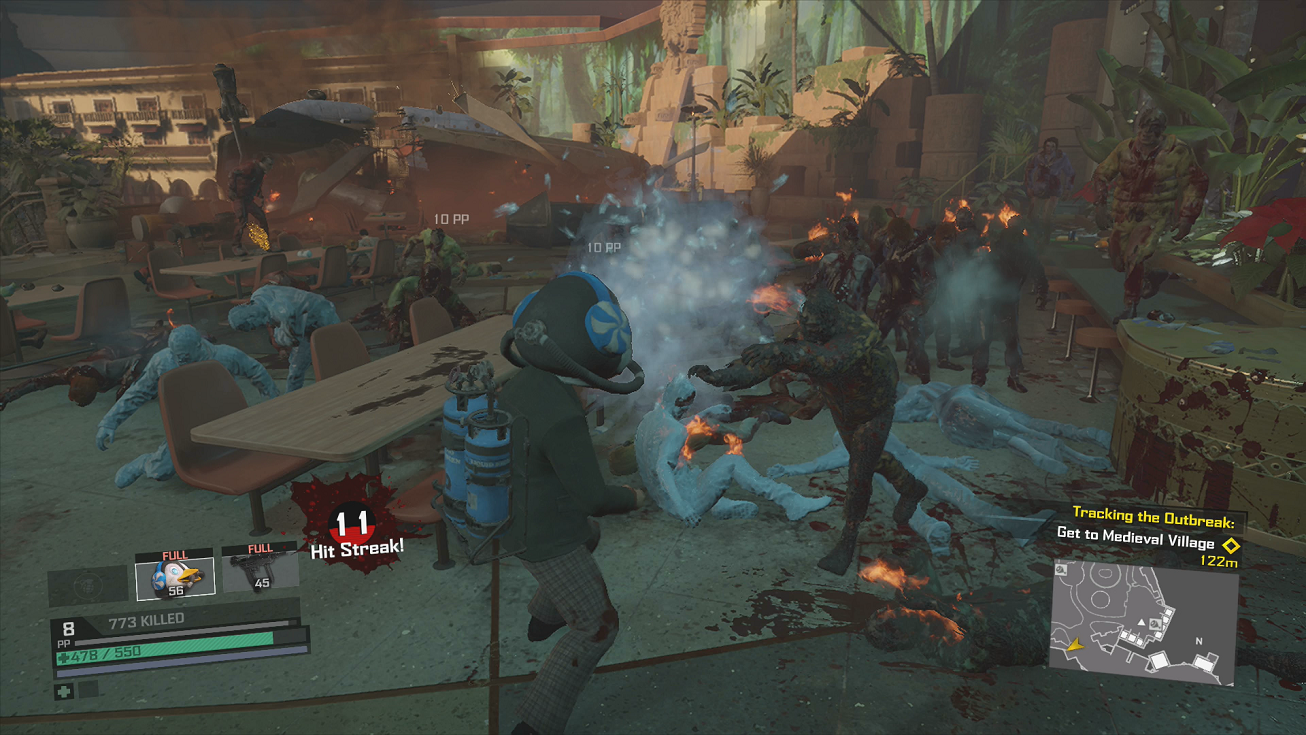 The timer format has been completely removed. The inventory has been granulated down into section by weapon type. Saving is done automatically with frequent checkpoints, like most video games. The starting health bar is huge, taking many, many hits to kill Frank. The challenging psychopaths from the first games have been replaced with maniacs, who can be one-shotted with simple combo weapons.

This adds up to a kinder, gentler 'Dead Rising', one that has seen the light of mainstreaming. Many 'Dead Rising' fans have prided themselves on mastering or at least sometimes beating the ruthless timer and save systems, but those days are long gone. This is an 'Assassin's Creed' or a 'Shadow of Mordor' in zombie form. That's not meant to disparage games like that, because I love games like that, but they are not 'Dead Rising', and neither is 'Dead Rising 4'. 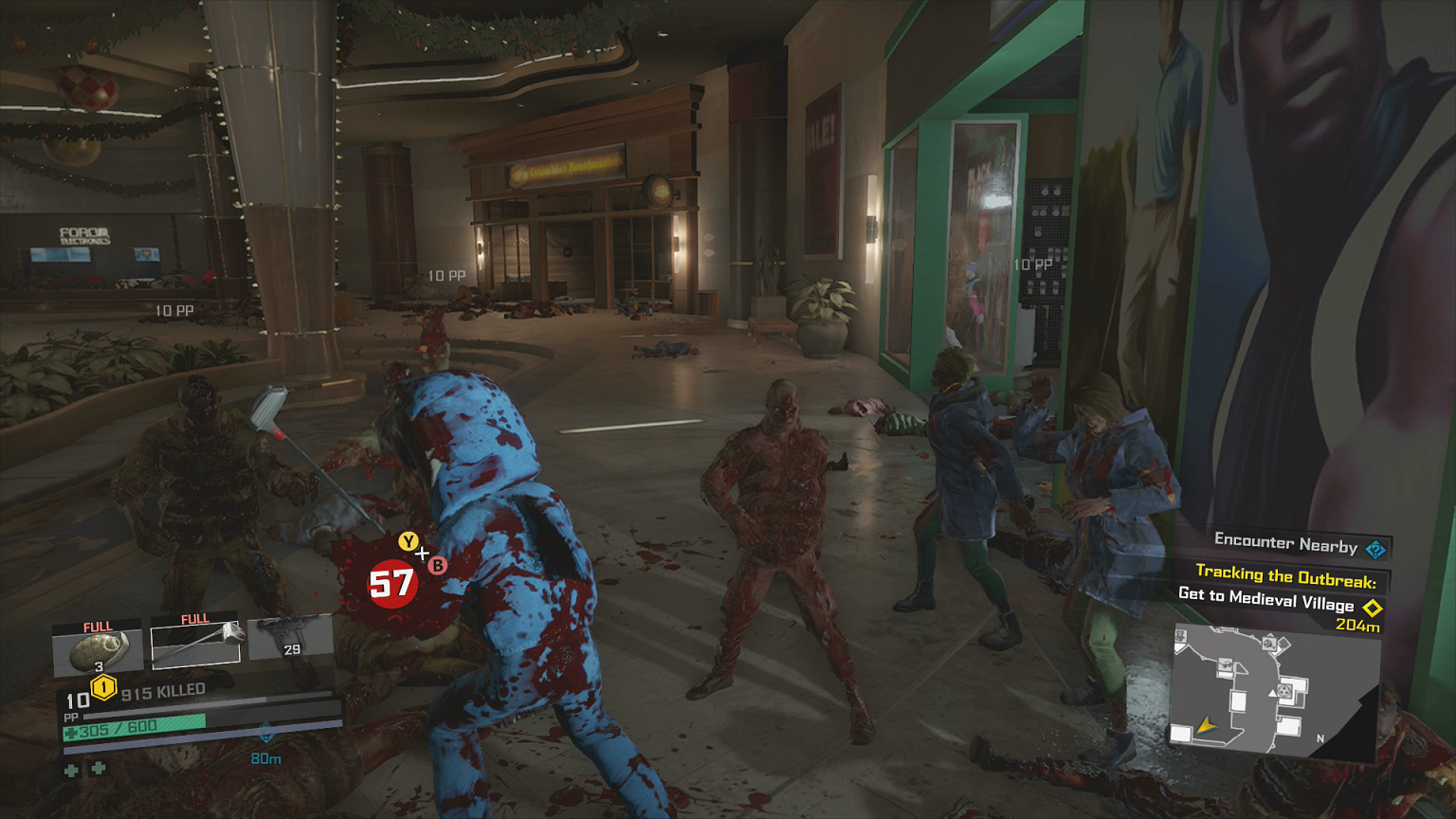 Not all of this mainstreaming is bad. Survivor AI has typically been subpar, to put it diplomatically (i.e. I hate it with the fire of a thousand suns, a sentiment that I have been frequently reminded of when enjoying the recent 'Triple Pack' port). Instead of trying to fix it, Capcom made survivors into static events. They are found surrounded by zombies, and if you can save them, you get a little treat in the form of supplies, and a big treat in the form of the survivor walking their own selves back to the safehouse. I also like that the ability to create combo weapons anywhere has been carried over from the last game. As for the timed gameplay and save system, I understand that not a lot of players enjoy it. I myself cursed them often while playing, and other times enjoyed how tense they made the game. I think 'Dead Rising 3' handled it well by including an optional nightmare mode tailored to the hardcore fans, a design decision that was not implemented here. 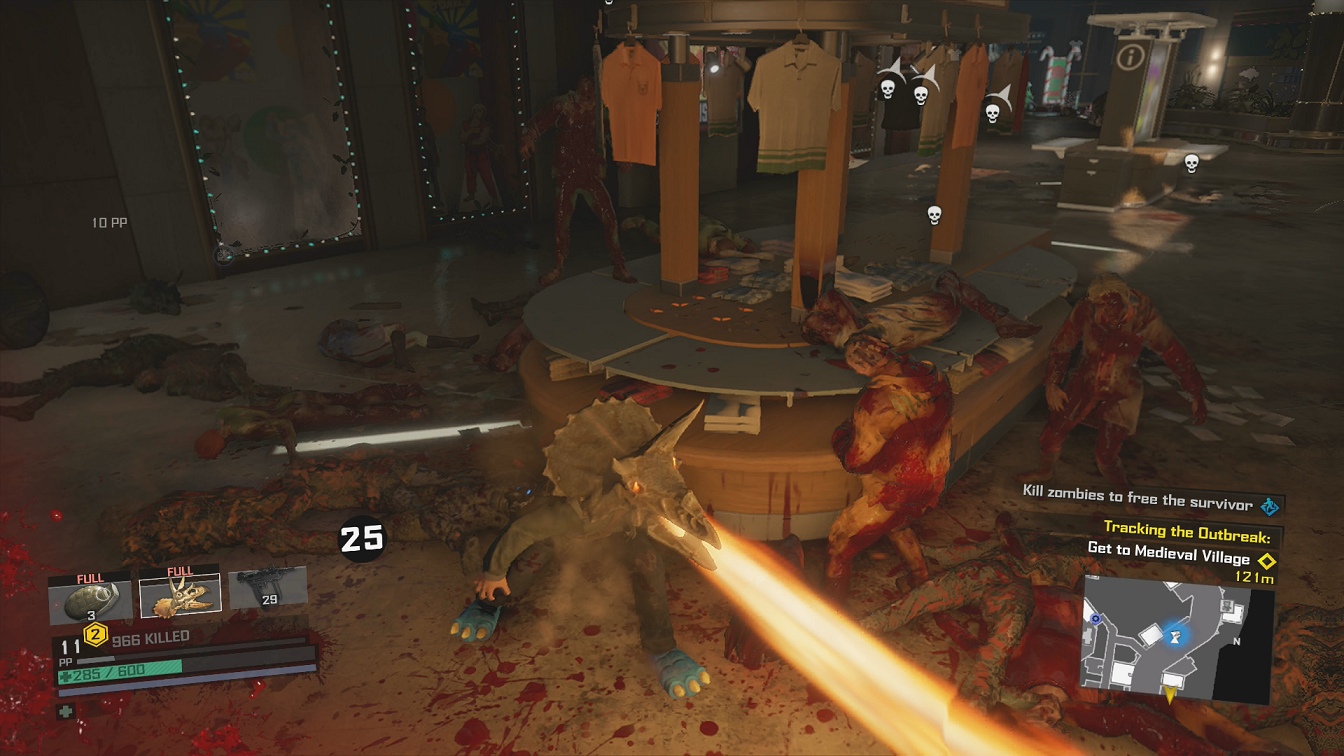 I'll take a break from my grumpy old man shpiel and sing praise to actual process of killing zombies in Willamette. It's glorious, more so than ever. There are so many creative ways to dispatch these creatures, and more simultaneous onscreen zombies than ever. It is very easy to lose myself in the exploration of the mall, experimenting with wacky weapon combos, trying on clothing inappropriate for a grown man, and riding around on Segways and tiny cars. This is where the removal of the timer system works, because I feel no pressure to do anything but loot and destroy to my heart's content. Side content is more integral and not just limited to the annoying radio messages from the safe house. Photography has returned, along with some modern filters and of course selfies. This is as delightfully campy, cheesy, and as B-rated as the series has ever been. If you're looking for a sensible story or believable characters, please look elsewhere and leave the weirdness to us in Willamette. 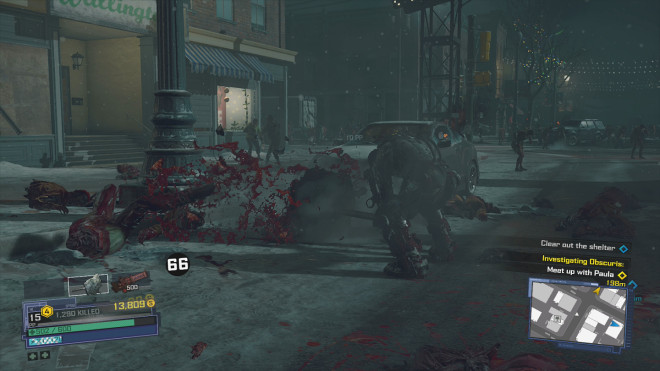 While the engine is stronger under the hood, allowing for larger environments and more onscreen assets, the textures haven't come very far in the three years since 'Dead Rising 3'. The zombies often look bland or washed out, and facial animations for the human characters are meh. With as fast-paced as the action is, however, it can be hard to get a good look at things anyways. The Christmas theme is magnificent and adds another level of consumerist satire, not to mention festive combo weapons like electrifying wreaths and ornament guns. Also, Frank West doesn't really resemble Frank West anymore. Not only does he not look 52, but he actually looks younger than previous depictions. He's more of an action star than an aging tabloid journalist. 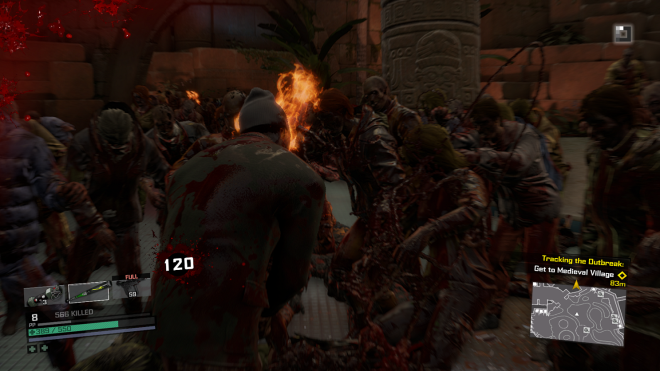 The jazzy holiday score is far better than the elevator music spouted on real life mall speakers, not that a man of my age spends a lot of time in malls. The rest of the Christmasy sound effects are similarly fitting for the theme. The voice acting tries mostly successfully to keep up with the rapidfire script, which has such cheesy goodness as "Food court zombies are the worst" and "Well, set my balls on fire!" Perhaps it's trying to be a little too edgy/teen/'Evil Dead' but I love it. Again, Frank West has been recast with a different voice actor, so he doesn't look or sound much like Frank anymore. They are trading on his name now more than anything.

'Dead Rising 4' has a multiplayer mode but it's not particularly notable. It's four-player co-op in kind of a 'Left 4 Dead' format where the players have to survive from one safehouse to another against hordes of zombies. Arbitrary objectives and maniac bosses are thrown in periodically. The main game is more interesting and has a lot of content, even if the story isn't the best. 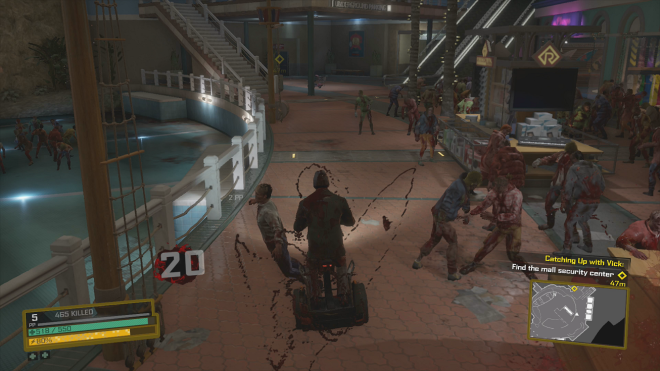 'Dead Rising 4' has deviated too much from its own traditions for me to give it a wholehearted recommendation. It now resembles a typical modern day third-person sandbox game, for what that's worth. To be fair, I have a lot of fun with games like that, and I've been having a lot of fun with this game. But 'Dead Rising' has come and gone, and has been replaced with something a little tamer and more accessible.