The Game Itself
4 Stars
The Video: Sizing Up the Picture
2.5 Stars
The Audio: Rating the Sound
3 Stars
Replay Factor
2.5 Stars
Bottom Line
Recommended

Digital Xbox One version reviewed. The Crowd Play feature was not used during this review.

DC Comic's 'Batman' is the most recent license to receive the Telltale treatment, after such entries as 'Minecraft', 'Game of Thrones', and my personal favorite 'The Wolf Among Us'. It is set in the early stages of Batman's career and has a dark, adult theme. 'Realm of Shadows' is the first of five episodes. This review is for the Xbox One version, but as with most Telltale releases, it can be found on all current and last gen consoles, desktop platforms, and mobile.

Telltale adventure games are, by and large, a known quantity. Each season typically consists of five episodes, and each episode has six chapters. The two main pillars of gameplay are dialogue, where the main character can sometimes interject with a choice of four responses (one response being silence). These dialogue choices are often remembered by other characters and referenced down the road, or may have consequences that change how the story progresses. The other pillar is the quicktime event, still widely used in every recent Telltale game with only modest alterations. 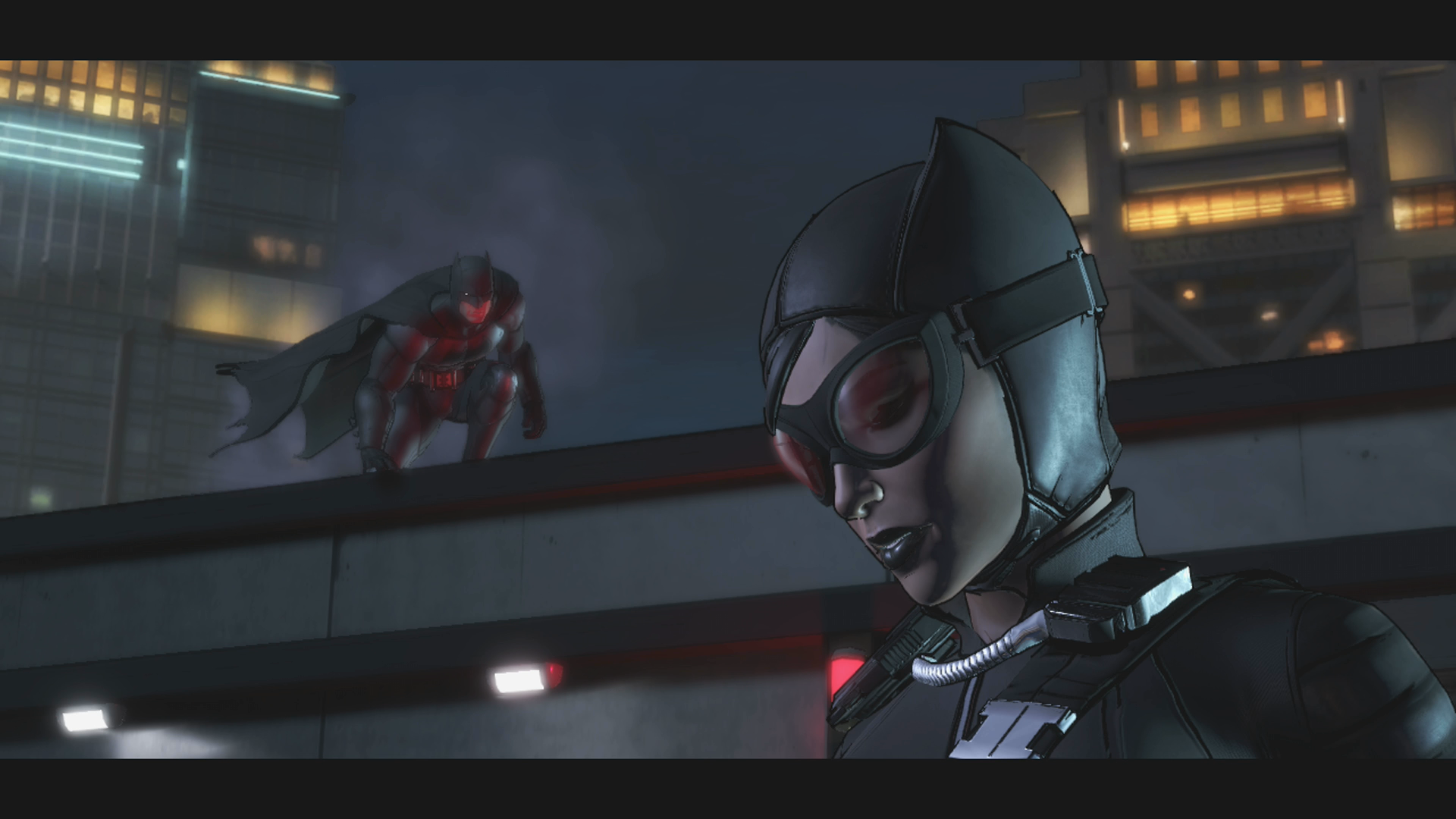 Being a Telltale fan, and slowly becoming more jaded with every episode of their 'Minecraft' series, I had conflicting expectations about 'Batman'. I love their games (most of them), and yet wonder if their halcyon days have passed. Even the good games sometimes feel like a paint-by-numbers, with the same jarring engine problems, mismatched audio, and predictable plot twists. I keep playing them, sometimes for review and sometimes for myself, hoping that the next episode will blow my mind. They usually don't, but I leave feeling entertained at the very least. 'Realm of Shadows' fits this pattern perfectly. The Batman story has been told so many times that even someone who has never read the comics can be knowledgeable about the character's backstory, motivations, and rogues gallery. This episode doesn't take any risks with the source material, just trots out the usual suspects: Alfred, Harvey Dent (this time as a mayoral candidate), Catwoman, Vicki Vale, etc. 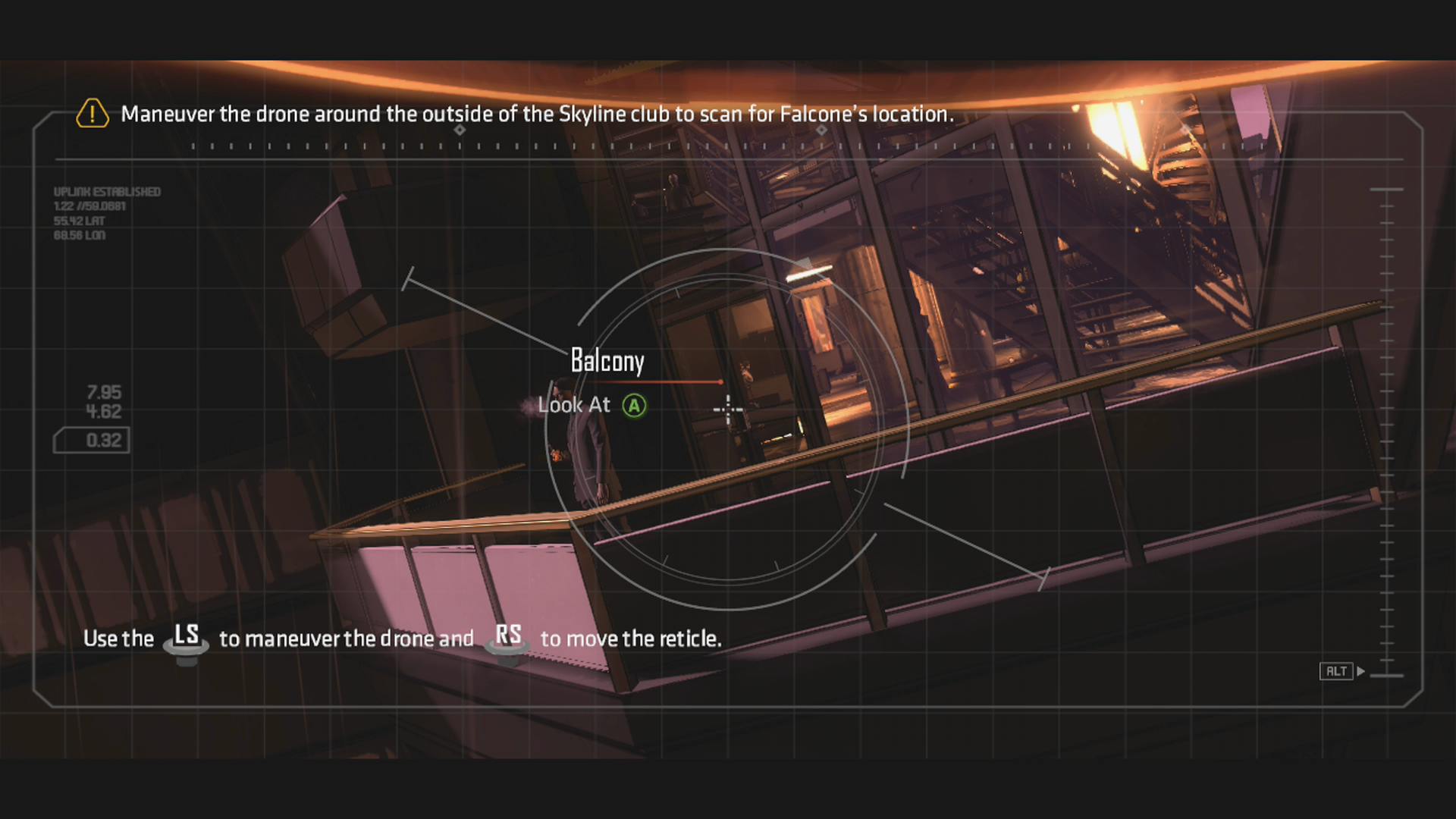 The episode begins with a fast-paced action scene at City Hall, where a group of mercs is trying to saw open a reinforced door. Batman intervenes and dispatches the crew in brutal fashion, showcasing the frightening technique I've come to appreciate from the Nolan and Rocksteady trilogies. The QTEs here are a bit different from previous Telltales: there are more of them, they sometimes combine two simultaneous button presses, and they're lightning fast. Most of them aren't that important either. I missed a few by accident and others by design, and Batman would still punch or smash the thug. A few QTEs spell a game over if missed, but most are purely optional.

After the beatings, I got to walk a mile in Bruce Wayne's expensive shoes. Much of the episode's focus is squarely on the role of Bruce Wayne and not specifically Batman. Despite being ostensibly the same person, they each have different agendas: Batman is a vigilante with fancy gadgets and a penchant for justice and extreme yet non-lethal violence. Wayne on the other hand must carefully balance his private life with the expectations of an attentive public, the frequent demands of the press, and the panhandling of politicians. These segments require more finesse and more attention to detail, because they can have dire ramifications later. I love Batman and the fights and the gadgets, but these moments as Wayne are actually more interesting. He is usually depicted as the less interesting twin, the baggage that the Bat has to endure to be able to do what he does. In Telltale's portrayal they are both flawed but have the capacity to become something greater. That could quite accurately sum up 'Realm of Shadows', as well. 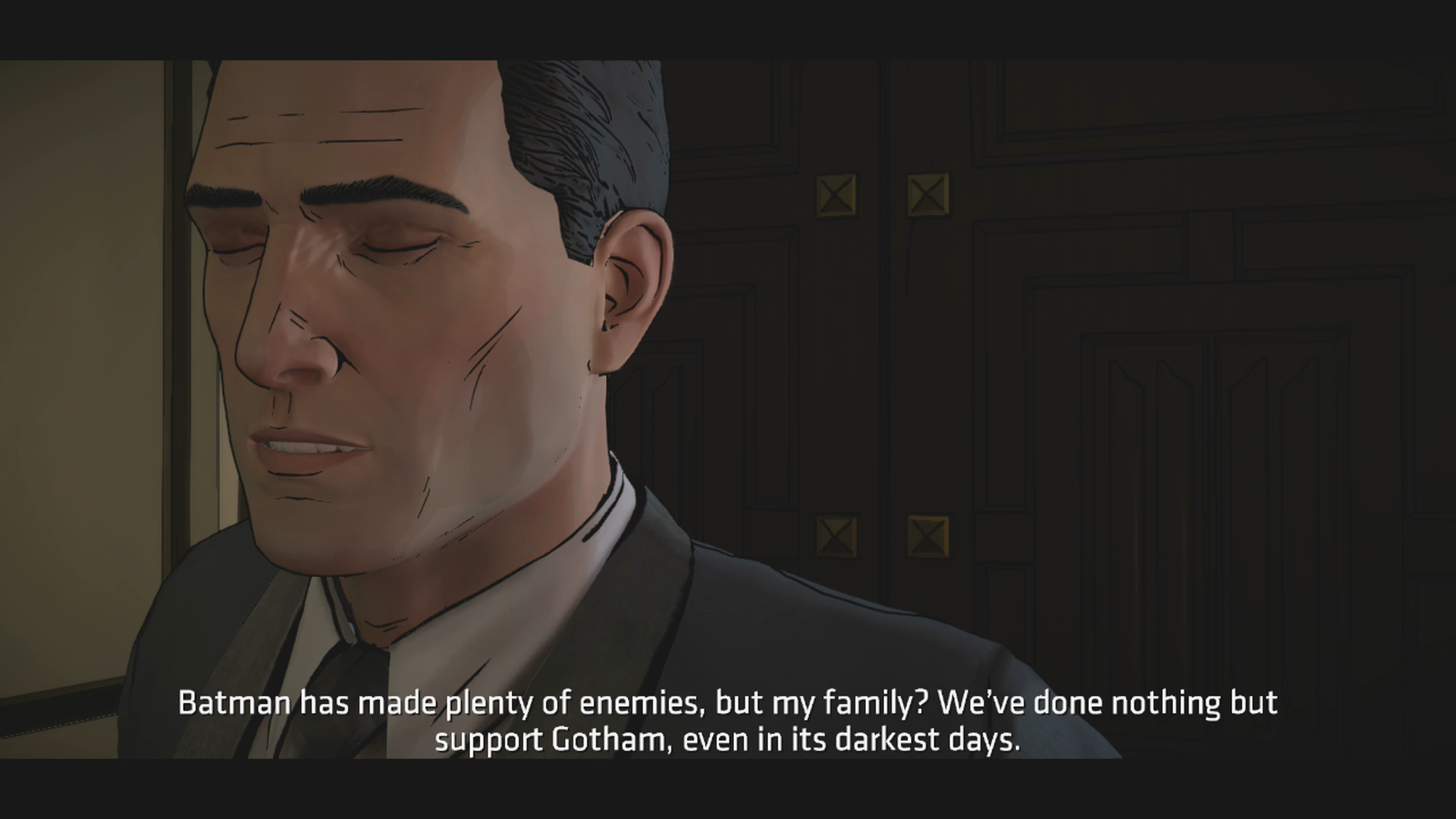 Besides the QTEs and dialogue, another area of gameplay is slowly taking form. The devs haven't ignored Batman's skill at detective work, and one prominent scene has the hero piecing together what happened at a gory crime scene. Bits of evidence must be linked with one another to determine the proper course of events. It's not a difficult scene, but it was interesting and I hope that we see more of this kind of thing going forward. 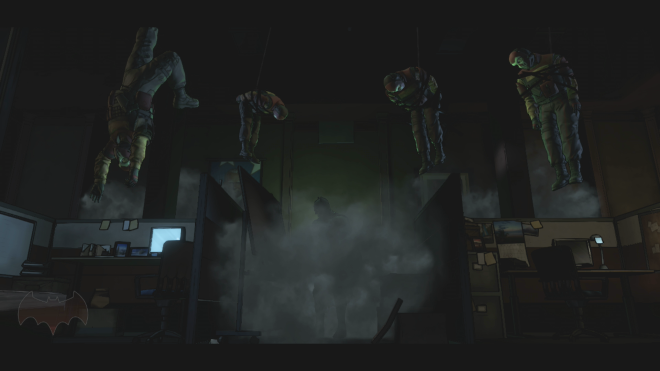 Telltale stated that their engine, the Telltale Tool, received an upgrade to provide for a smoother experience in 'Batman'. Any enhancements in the tech have been lost on me. The stutters are still there, as are the audio syncing issues and long load times. The visuals otherwise look much the same as 'Borderlands' or 'Michonne', not ugly but also terribly familiar.

Editor Note: The PC version is more demanding than past Telltale titles. It was unplayable using a Intel HD 530 (in Win 7), but ran well (55-60fps) using a Nvidia GTX 970 (2560 x 1440, Win 10). This was after the post-launch performance patch. Unfortunately, I didn't have much luck using Xbox One controllers (Lunar White, Elite, and the new Bluetooth model) either wired, wireless, or in one case, using Bluetooth. For wired and wireless, the RT isn't mapped correctly. The Bluetooth connected controller wasn't detected at all. Ultimately, I used a wired 360 controller. 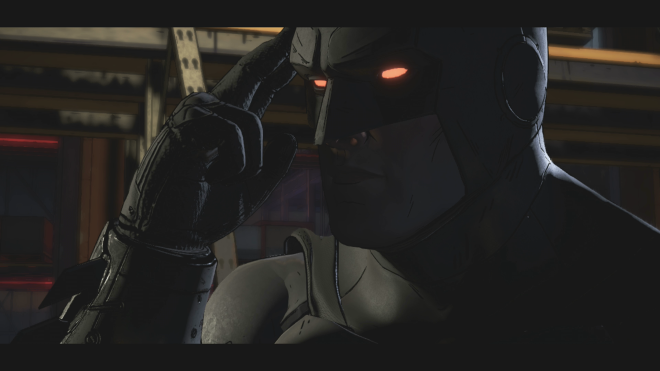 The audio struggles right along with the framerate. Lip syncing is not perfect, and many scenes just have no sound effects, diminishing their cinematic quality. The score retains the thematic sound of Batman at least, being both brooding and heroic.

The community statistics at the end of 'Realm of Shadows' surprised me, as did some of my own choices. I think I will go back and do the episode over to fine-tune my story for the next episode, although I doubt I'll learn anything new. This episode is considerably longer than I expected, at 3-4 hours. 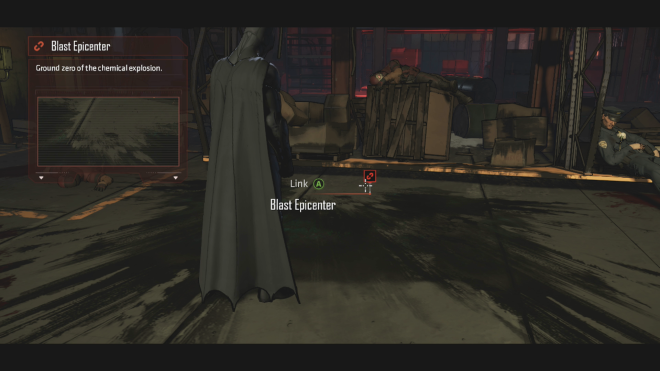 In 'Realm of Shadows' we see the usual monolithic monument of Telltaleness, wrapped up in a cape and cowl. We also see the shadow of something different, something new. It's not ready yet, not fully formed, and could die by the end of the series or even by the second episode, but it could also bring their craft to a new level. Either way, I don't see a need to wash my hands of it just yet.