The Game Itself
4.5 Stars
The Video: Sizing Up the Picture
4 Stars
The Audio: Rating the Sound
3.5 Stars
Replay Factor
1 Stars
Bottom Line
Recommended

Kelvin and the Infamous Machine

'Kelvin and the Infamous Machine' is a Kickstarter project from Blyts, a small Argentinian company. The project was launched in November 2014, spent some time in Early Access, and is now available for full release on Steam.

'Kelvin and the Infamous Machine' is reminiscent of 90s adventure games, such as 'Day of the Tentacle', 'Grim Fandango', and all of the other stuff that LucasArts was doing at the time. Instead of the deep dark storylines of Telltale (itself made up of LucasArts refugees), 'Kelvin' is more of the pure point-and-click style, with jokes galore and a habit of poking fun at itself, pop culture, and gaming in general. Instead of QTEs, gameplay is handled through puzzles, usually of the "pick up this item and jam it into everything you see" variety. 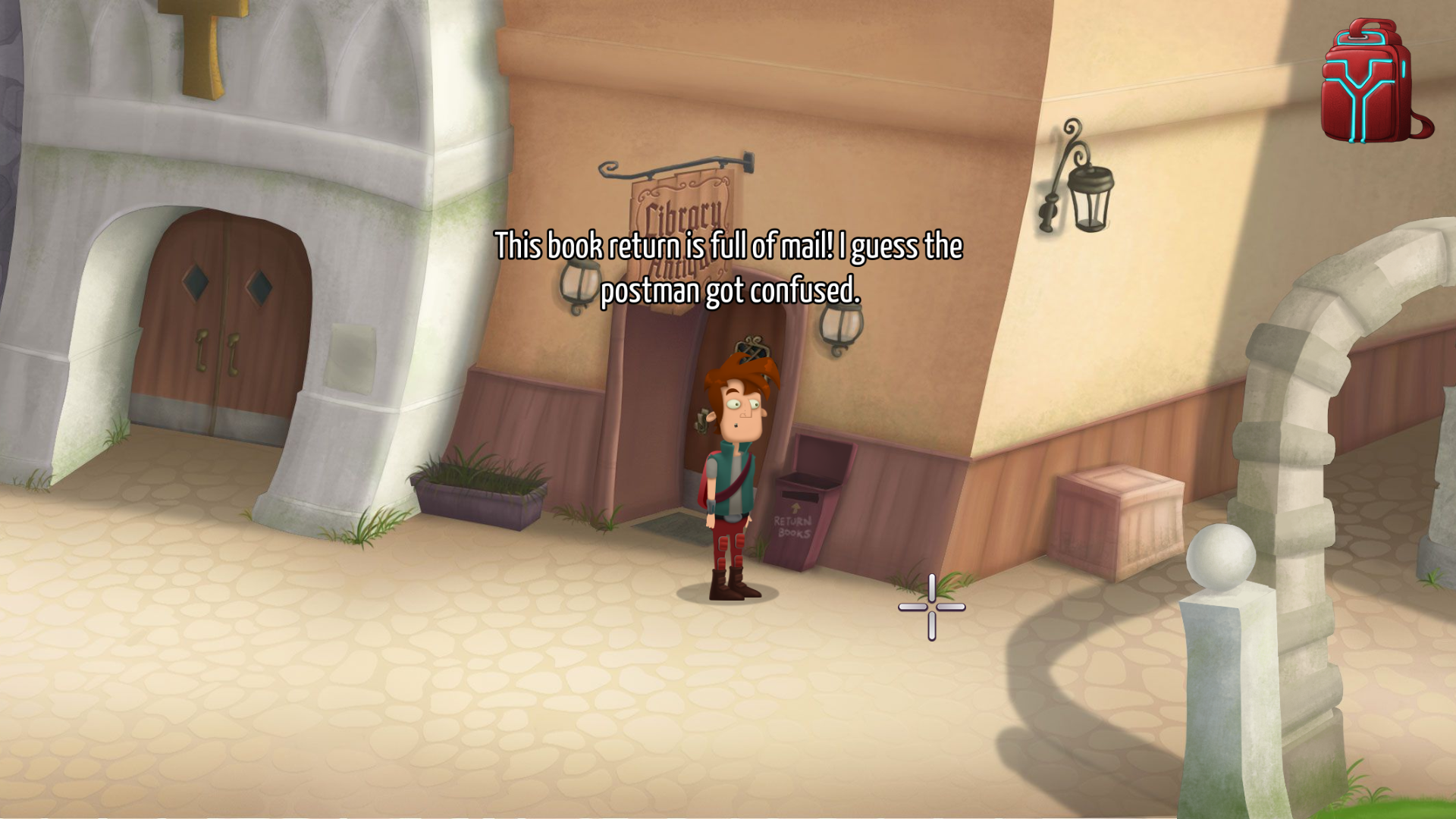 Kelvin is a hopelessly incompetent lab assistant who has been persuaded into going back in time to stop his mad scientist boss, Dr. Lupin. Lupin, ridiculed by his peers for producing a time machine that strongly resembles a portable shower (for reasons of science, of course), has decided to plagiarize the works of famous inventors and artists through the ages. His plan is to go back in time, neutralize those visionaries, and then publish their work himself. With the help of fellow assistant Lise, with whom he can somehow communicate from the past, Kelvin departs for the past/hops in the shower and begins his search for his former employer. 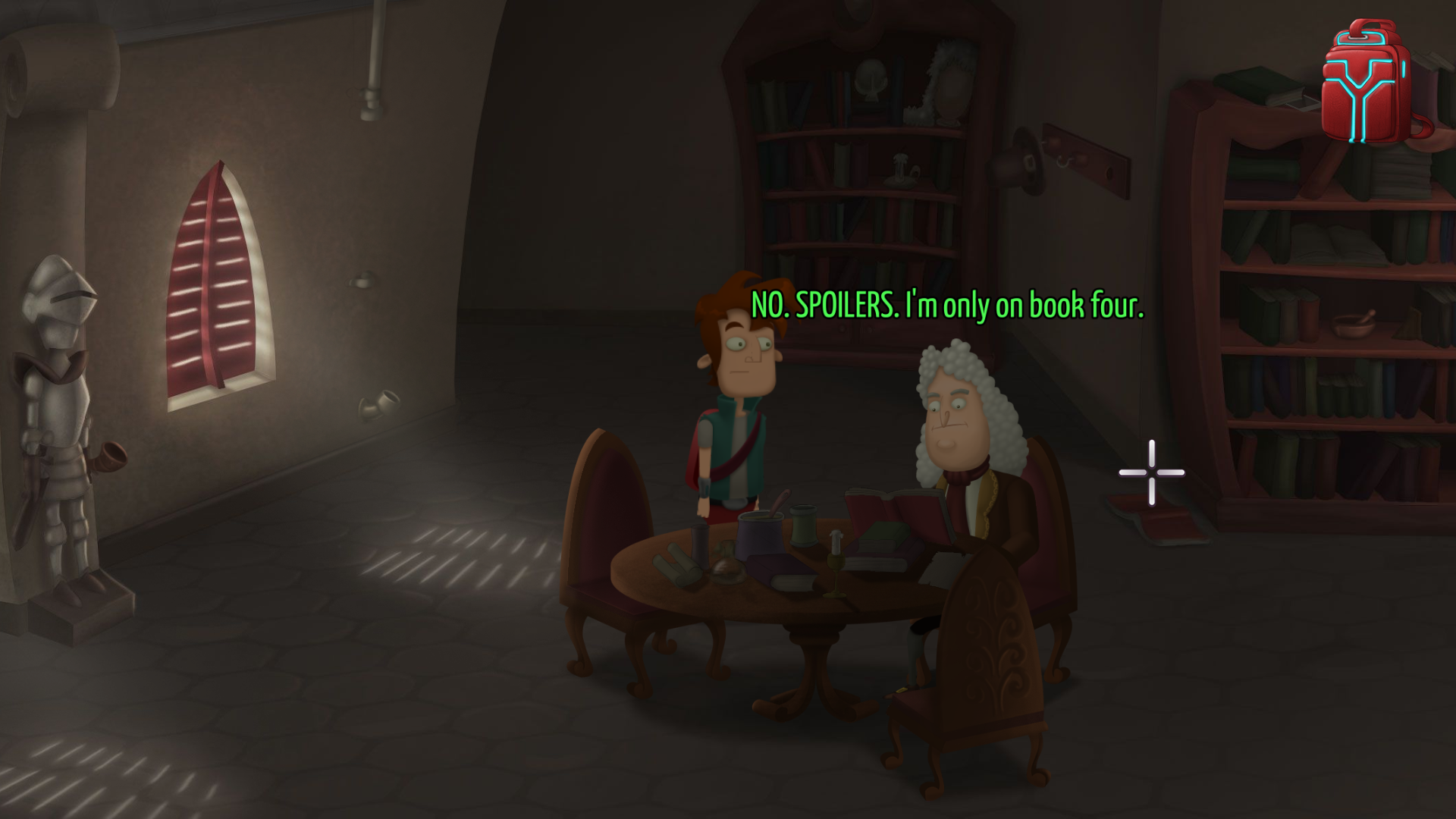 'Kelvin' is rife with excellent humor and has been blessed with a witty script. Wandering around the streets of Austria in the first level, trying to con my way into a bar where Beethoven hangs out, I became enamored of Kelvin's cheerful dumbness. He's the kind of guy who confuses Austria and Australia, who doesn't know much of anything and yet desperately wants to do the right thing. Being clueless has benefits, as most characters perceive him as little more than an annoyance and not much of a threat. He is content to wander around aimlessly, touching and stealing things he comes across for use in later puzzles.

In true adventure game fashion, many of the puzzles don't make much sense. Items are carried along through a series of outlandish solutions, a kind of slow-acting Goldberg machine of silliness. They're not particularly hard and don't need to be; it's more important that they're engaging and funny, because that is the strength of a classic adventure game. For mind-bending puzzles, there are a lot of games on the market that do a better job. In fact, for some of the puzzles I solved them accidentally, or at least put Kelvin in a position where it would be much easier for him later, without necessarily knowing what I was doing. This kind of occurrence is not unheard of in point-and-clicks, underscoring just how similar 'Kelvin' is to those old games. 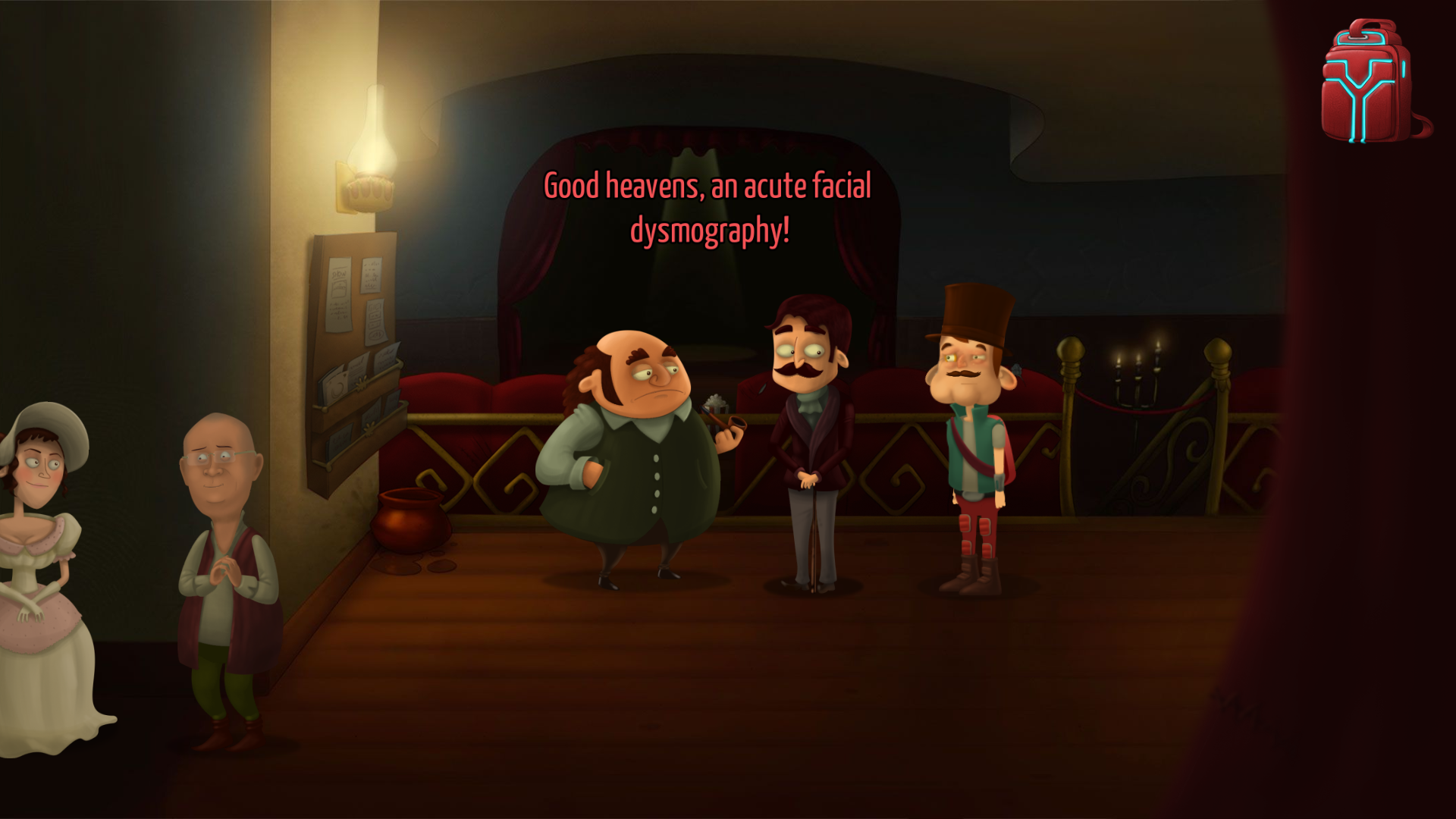 'Kelvin' is completely irreverent without being crass (usually), often breaking the fourth wall or playfully criticizing itself and its genre. Each NPC tends to have just a short conversation or few lines of dialogue, but they have distinct personalities and eccentricities. Many of them are abusive or dismissive to Kelvin, which is delightful because he weathers it with such ignorance.

The game's approach to exploration is a bit of a sticking point. Each item has precisely one action assigned to it, with no examine feature. This means that if I see a flute inside of a glass case, Kelvin will attempt to steal the flute each time I click on it - there's no option for Kelvin to just look at it innocently and say "This is a flute" or some pithy variation. Misclicking can lead to frustration because of long, repeated animations, or having to click through more dialogue (dialogue is voiced but every line must be clicked manually - conversation doesn't flow naturally). Perhaps I'm being nitpicky, but in a genre that already has low interactivity, the inspection of items needs to be clear and concise. 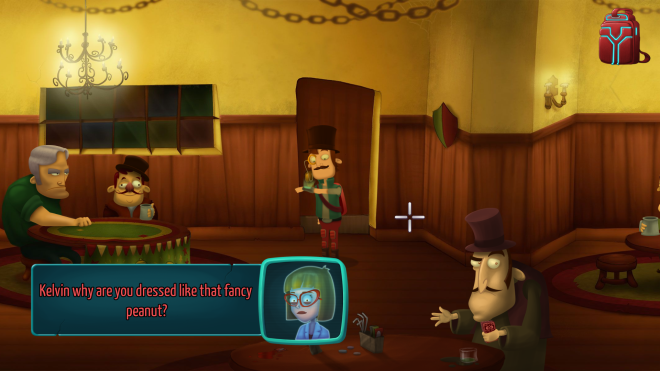 'Kelvin' is done in a colorful and beautifully animated hand-drawn style, like the games of yore but with modern polish. Animations are diverse and not limited to the generic movements that accompany all NPCs in every adventure game ever. Except for the aforementioned clicking problems, the interface and environments are easy to manage. There are no problems with the framerate, unsurprisingly. 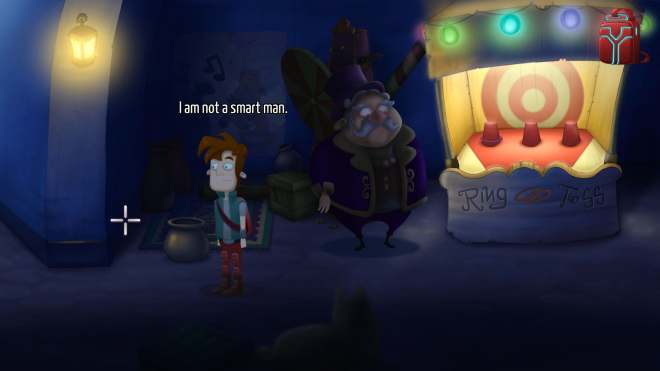 At some point in Early Access, the wholly text-based dialogue was replaced with solid voice acting. Kelvin stands out, but the caliber of performances across the board make for a much more enjoyable experience. The music and sound effects are serviceable.

Being an adventure game, 'Kelvin' doesn't have much in the way of replay value. It's also quite short at around 4 hours. 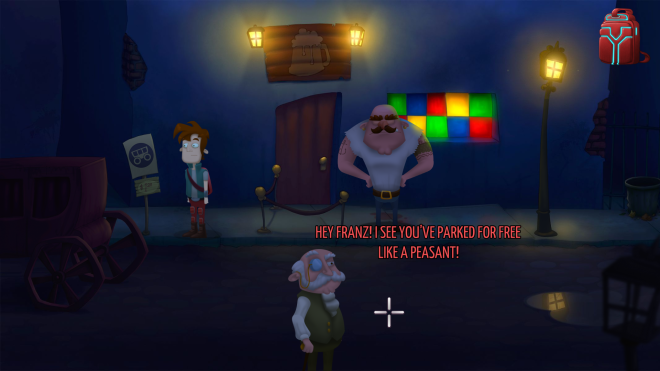 'Kelvin and the Infamous Machine' is a fitting tribute to the golden days of point-and-click gaming. What it lacks in length it makes up for in heart and dad jokes galore. If you yearn for a good adventure and have a few hours to spare, it won't disappoint.